For those limited by dietary restrictions, navigating menu boards at festivals can be a confusing predicament – even anxiety-provoking at times.

Thankfully these days, vendors are more attuned to dietaries than ever and are catering to an increased demand for vegan, vegetarian and gluten-free offerings.

At this year’s Adelaide Fringe venues, you will find many welcome sightings of the ‘GF’, ‘Veg’ and ‘V’ symbols emblazoned on food van menus. 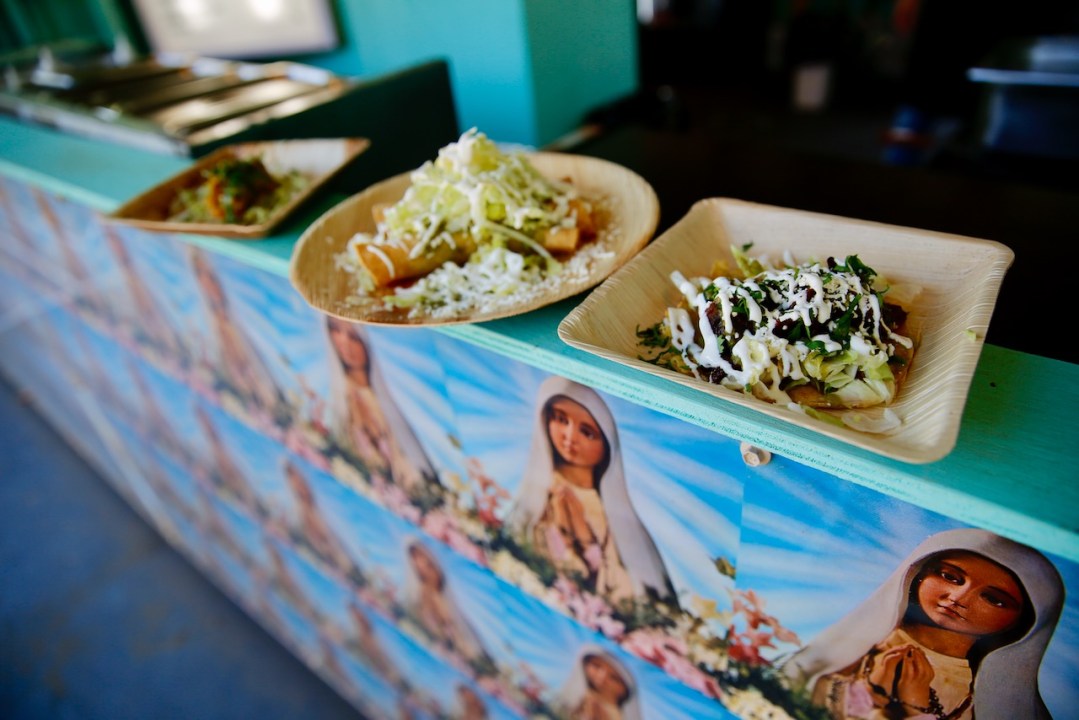 The Garden of Unearthly Delights

Co-founded by Felipe Arias and Raphael Korman, who operate the neighbouring Japanese fried chicken stall Gyoza Records, Santa Maria Taqueria is a go-to for gluten-free offerings of Mexican food made with corn, not wheat. Santa Maria Taqueria offers tacos, flautas and corn chips with guacamole, carrying a more authentic Mexican influence than your typical taco stand. The burritos are the only glutenous item on the menu and can be made as a burrito bowl. There are vegan options to suit. 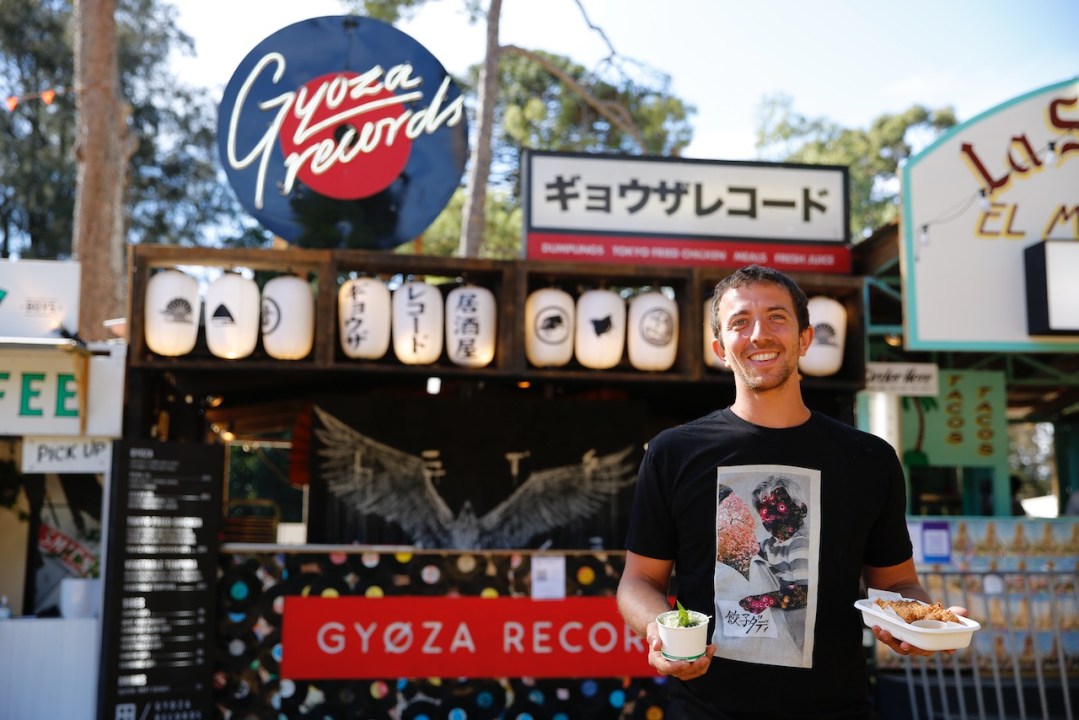 Operated by the same team as Santa Maria Taqueria, Gyoza Records is the stall of Raphael Korman, offering gluten-free Japanese fried Chicken and vegan gyoza – a type of Japanese dumpling. 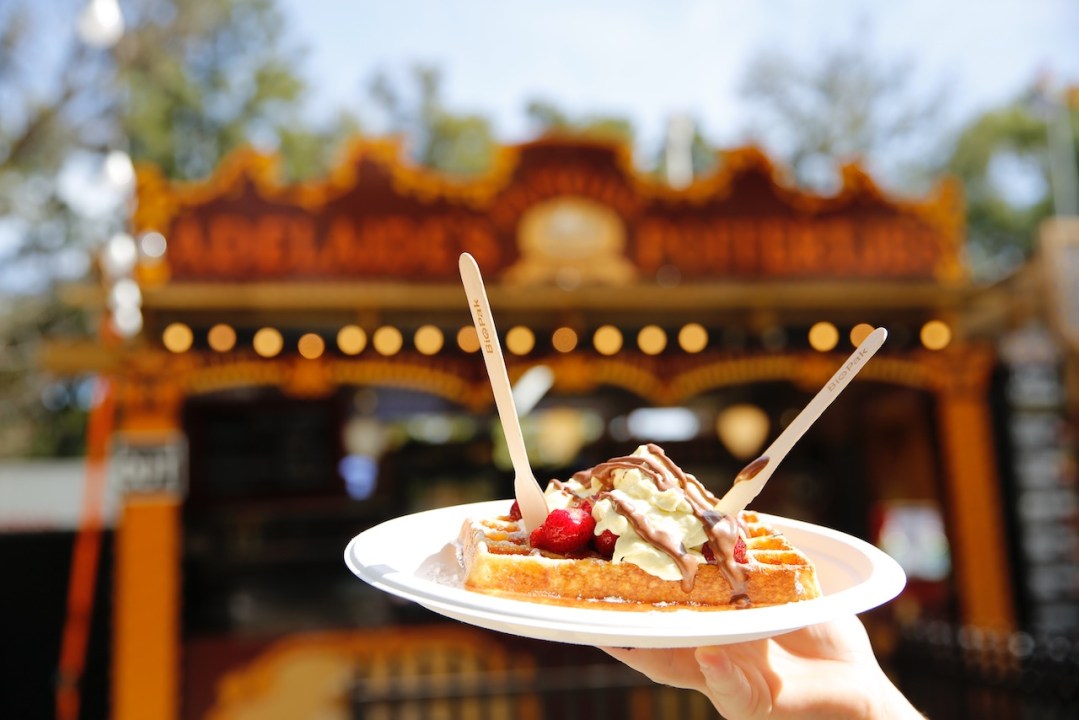 Everything here is glutenous, and while the famous poffertjes are strictly non-vegan, the stall offers a vegan waffle topped with coconut cream and vegan chocolate. Irene Tredrea has been running the Poffertjes Parlour for decades, having brought the concept to Adelaide from Holland, with the business celebrating 50 years this year. 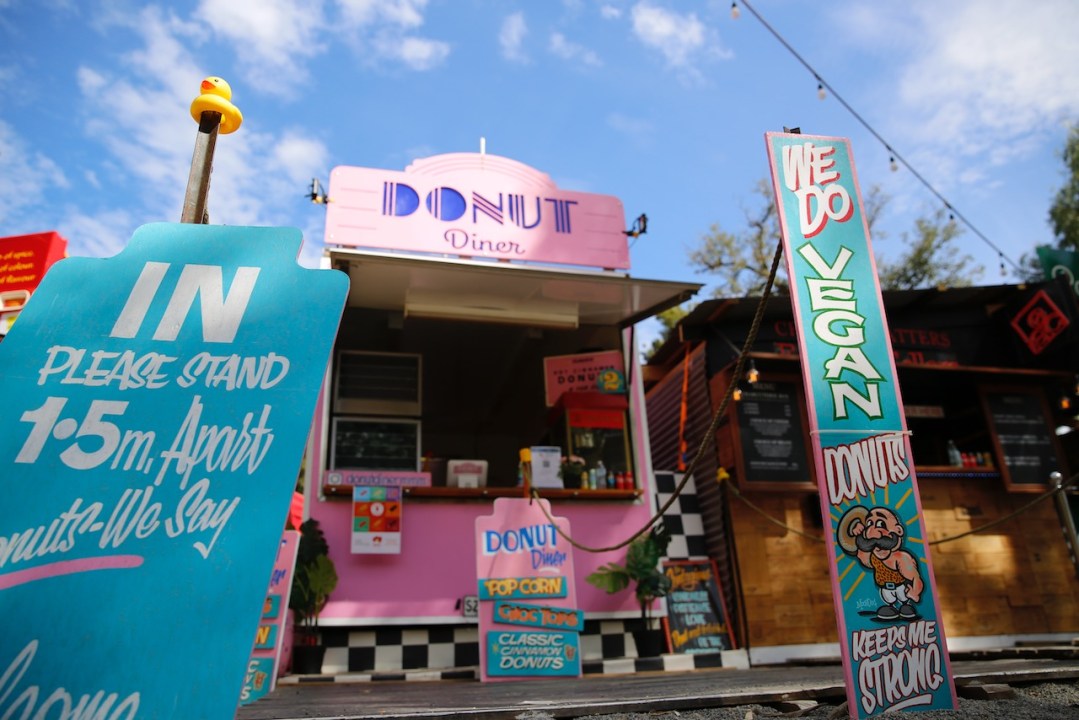 It’s hard to beat the nostalgia and sugary hit of a festival favourite cinnamon donut, but Donut Diner also specialises in vegan hot jam donuts, which have “garnered critical acclaim”. The Donut Diner started in the Garden of Unearthly Delights and has since spread its wings to become a favourite for festival spaces across Australia. 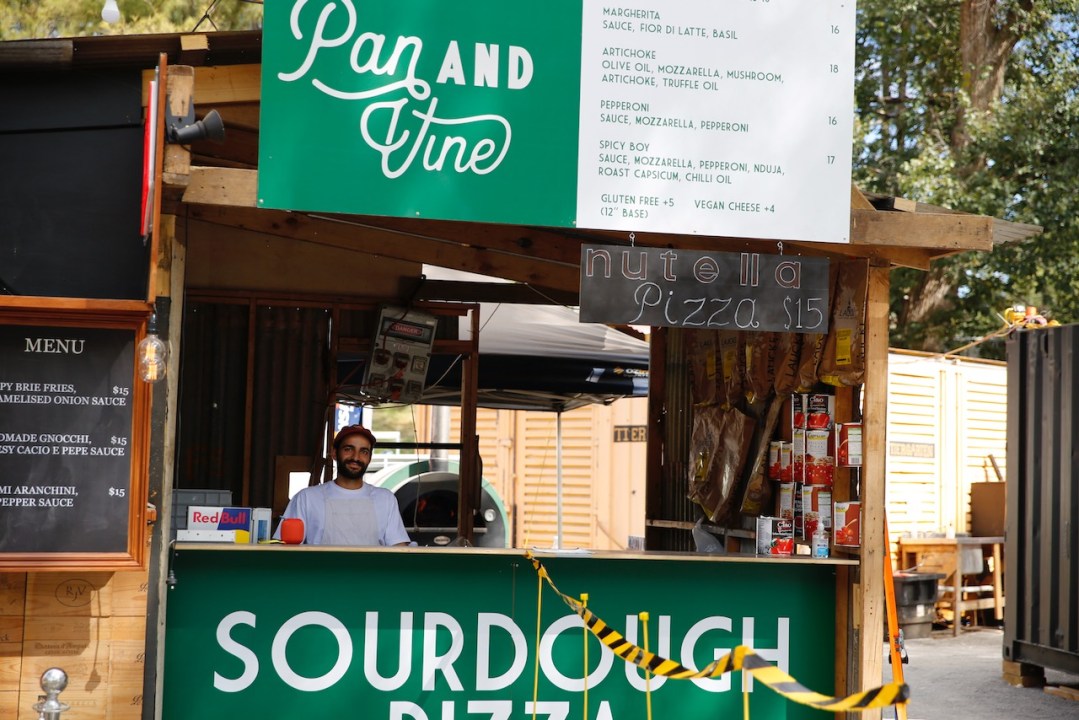 Head to Pan & Vine in The Garden of Unearthly Delights for pizzas that can be made on gluten-free bases. For a vegan pizza, chose the margarita or artichoke toppings and ask for vegan cheese. 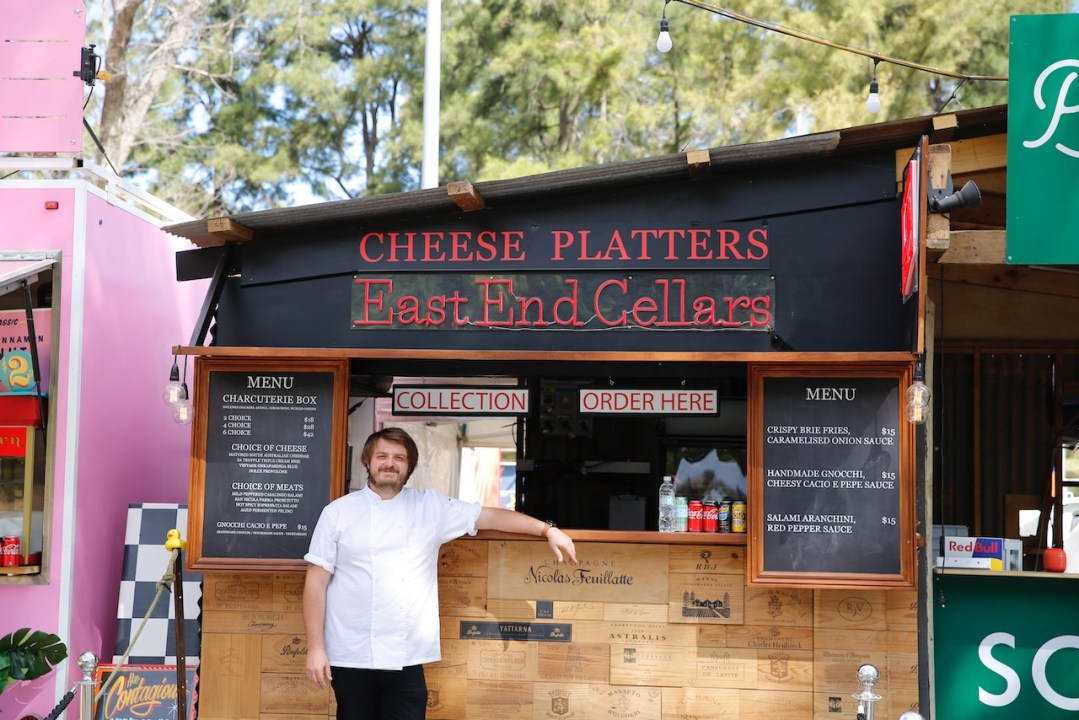 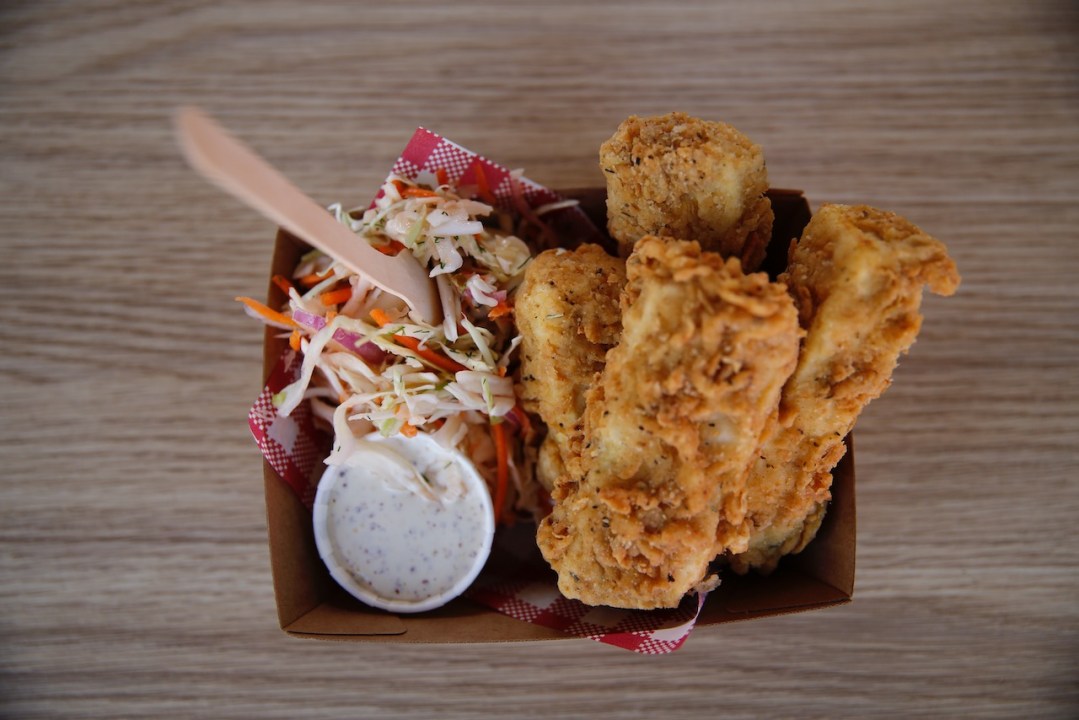 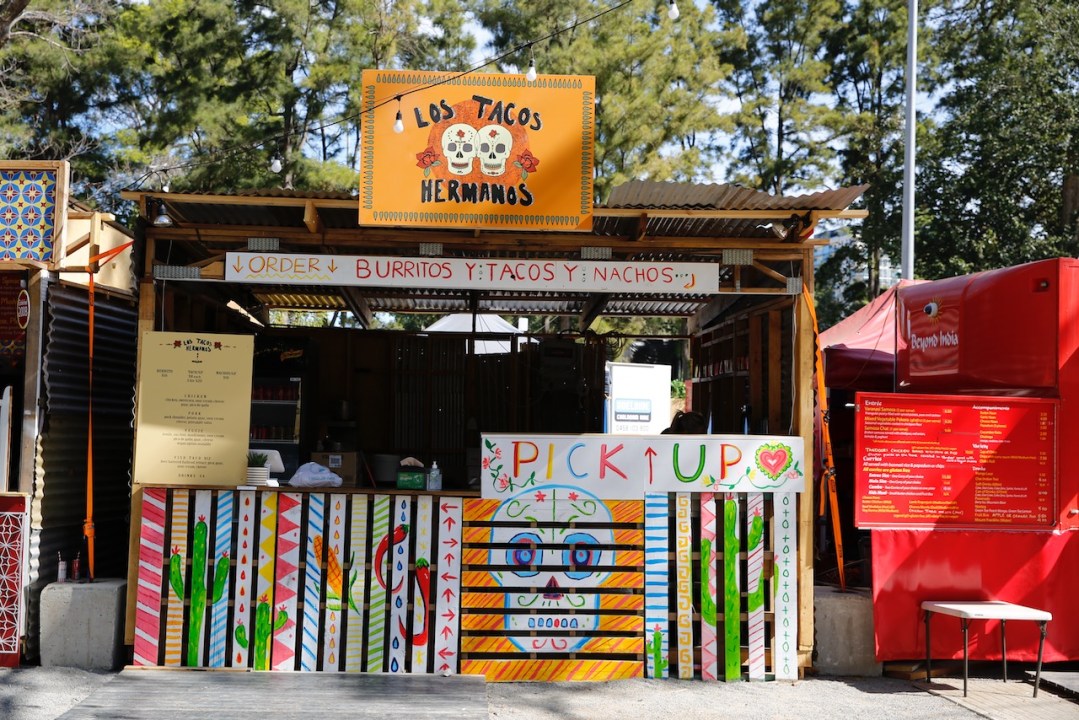 Get your gluten-free taco fix here. Only the burritos contain gluten, and the vegetarian option can be prepared as vegan-friendly.

All curries are gluten-free.

Gelatissimo offers vegan-friendly, non-dairy ice cream, with a range of gluten-free options and even gluten-free waffle cones. The stall’s gelati is made fresh every day without any artificial flavours or colours. The vegan range has been formulated with a combination of coconut and soy milk resulting in a perfectly balanced and rich plant-based gelato.

South Australia’s 48 Flavours boasts a range of twelve vegan dairy-free sorbets made with fresh fruit. Further vegan flavours include four either soy milk gelato, almond milk or coconut milk gelato. There are many gluten-free options, and even plenty of halal-certified flavours. 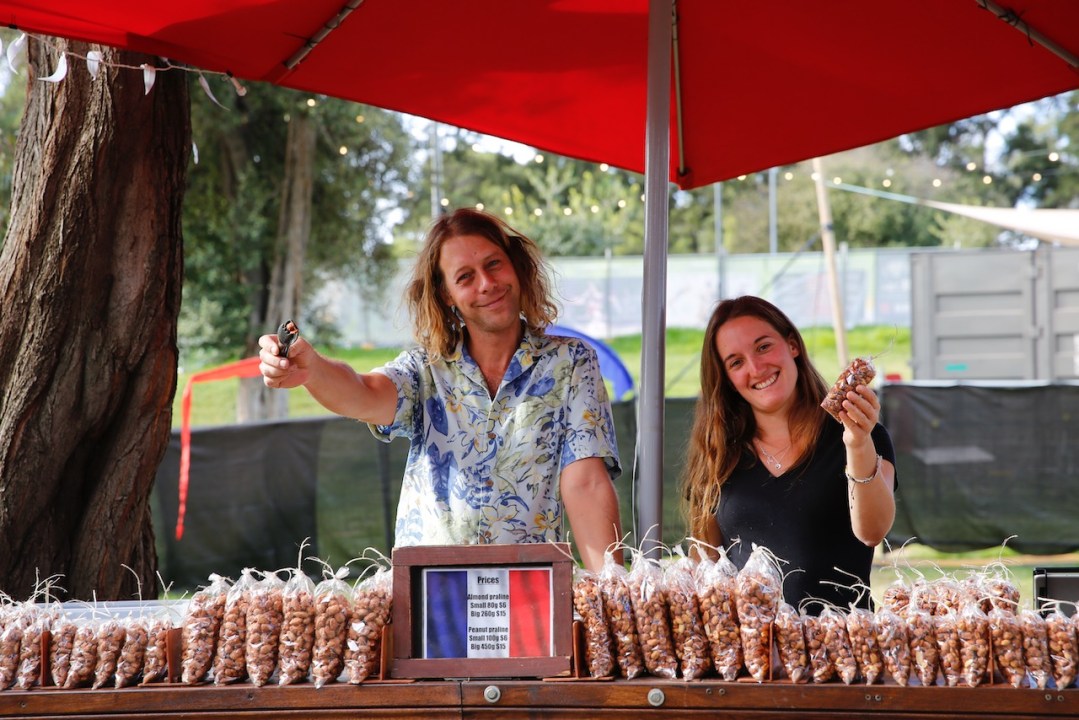 Caramelised peanuts and almonds are gluten-free and vegan. 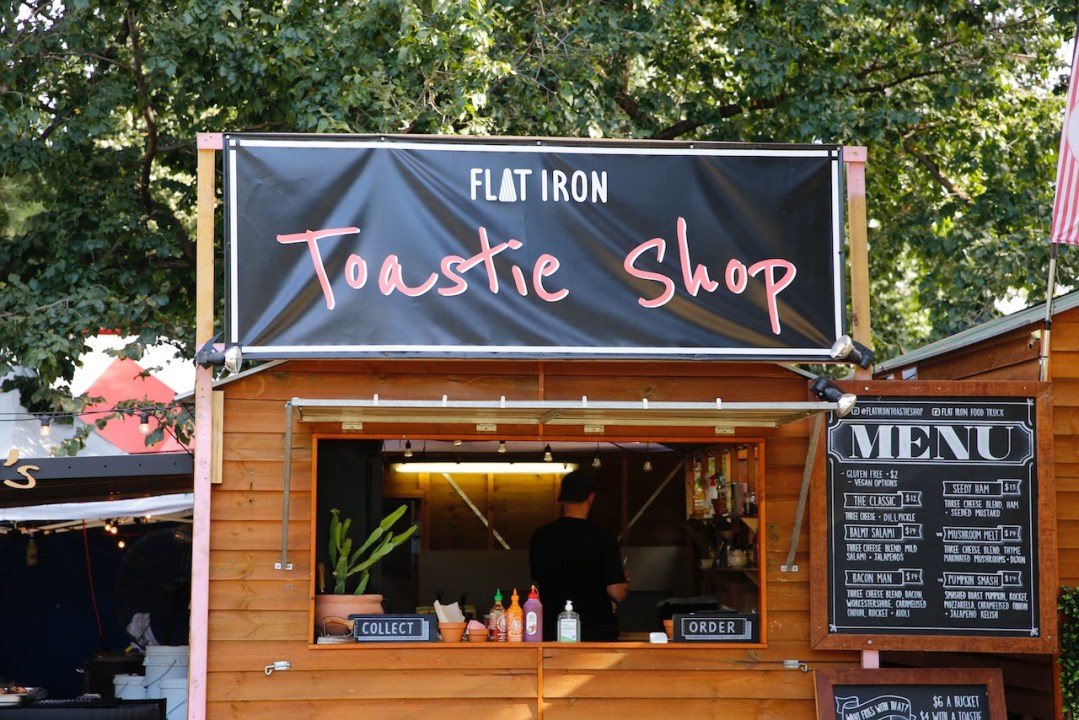 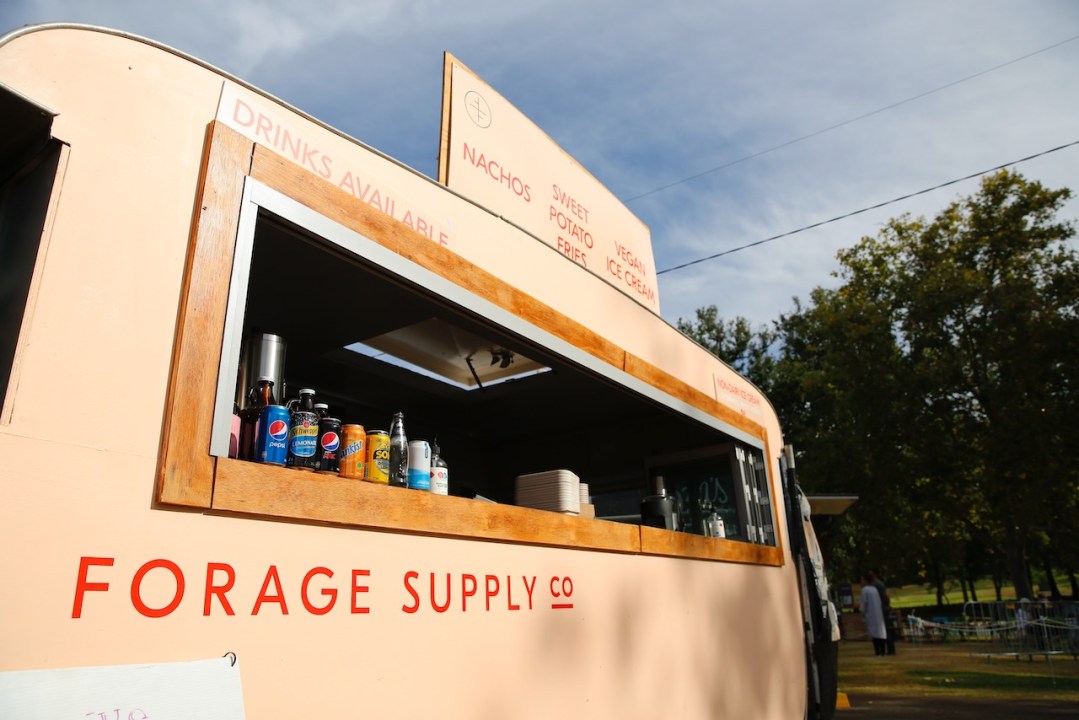 Everything on the menu is gluten-free and vegan! 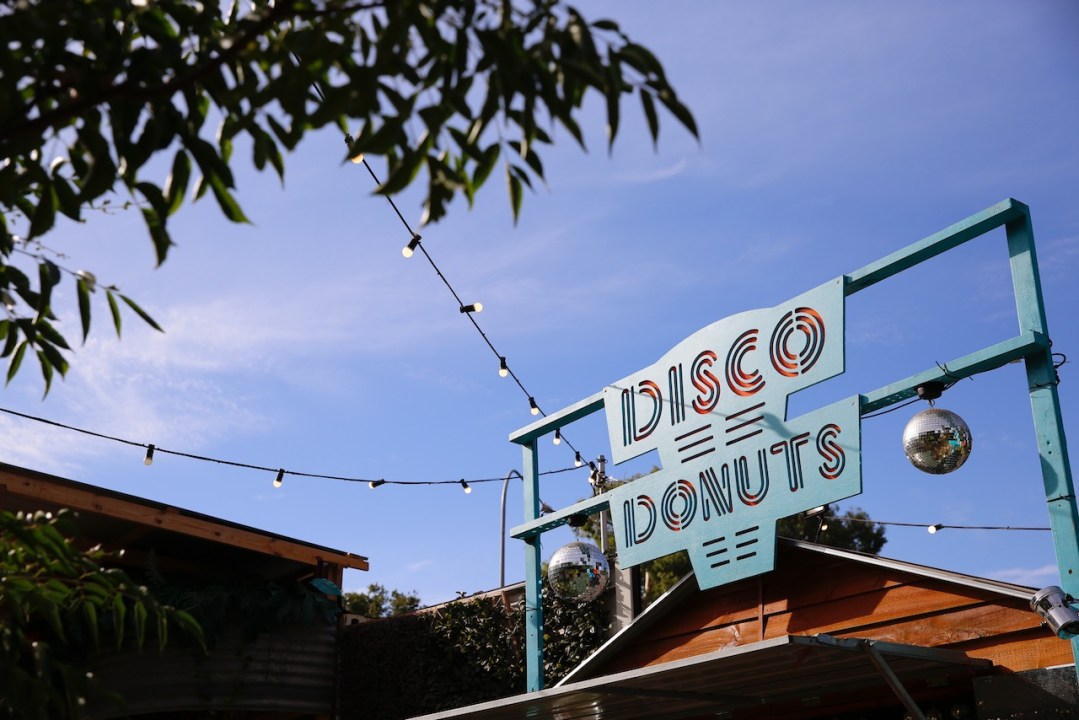 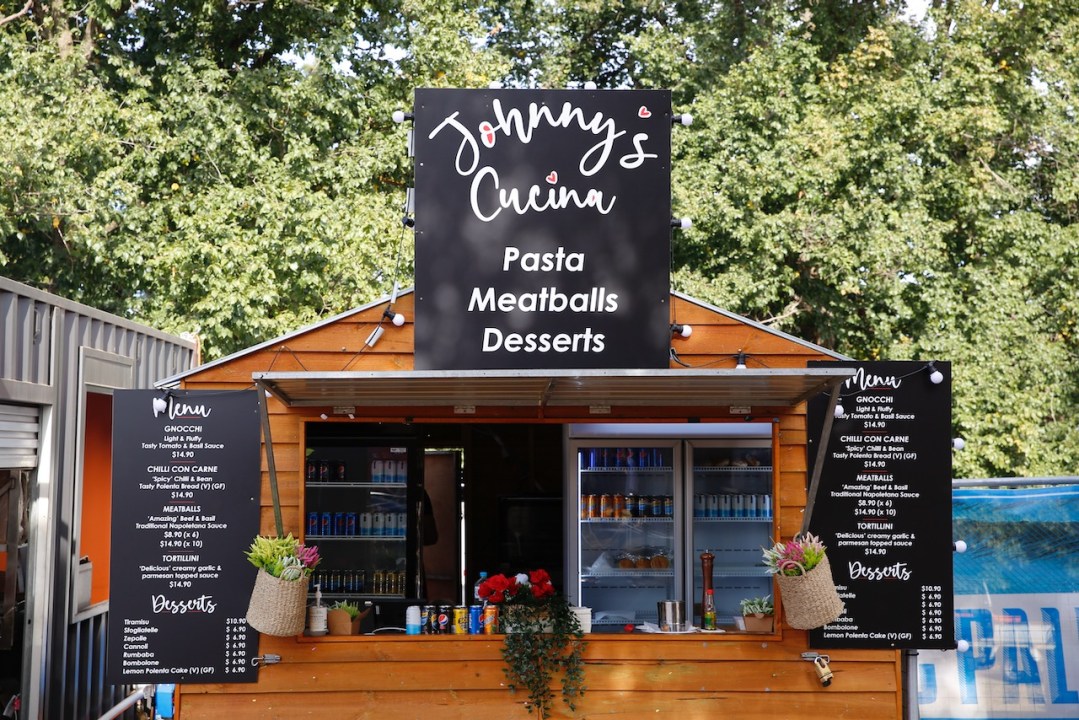 This is a go-to for coeliacs, with a menu that includes a couple of strictly gluten-free offerings, including chilli con carne and a delicious lemon polenta cake that is both vegan-friendly and gluten-free. 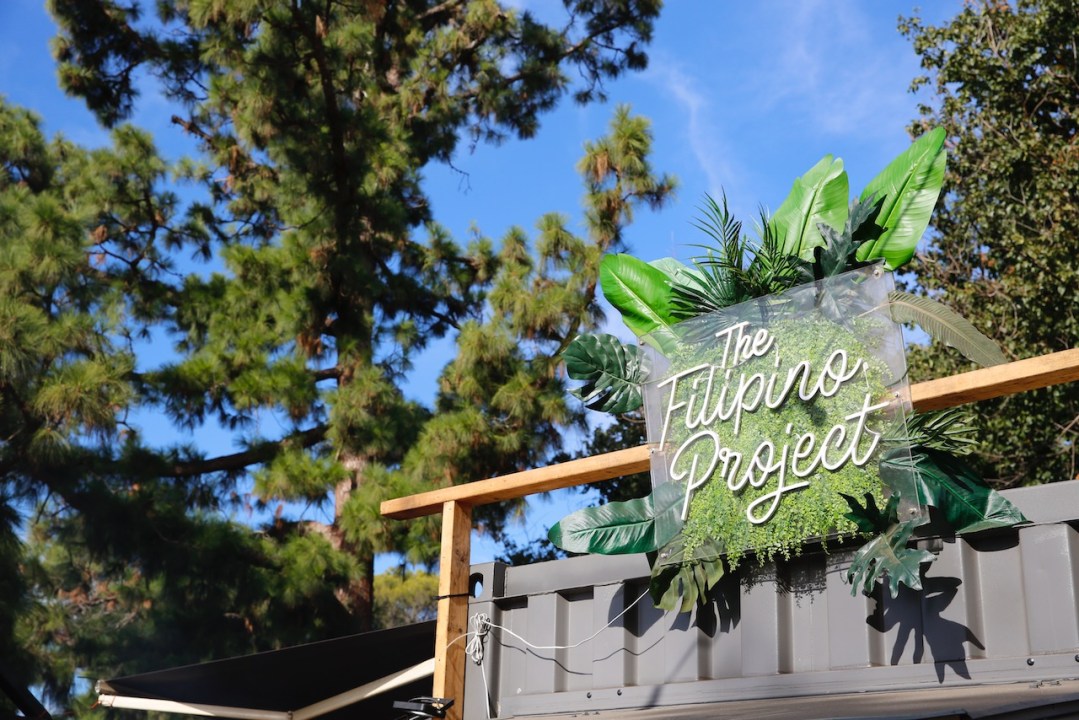 Gluten-free offerings are the tofu and lechon pork belly. The fried tofu is vegan-friendly. 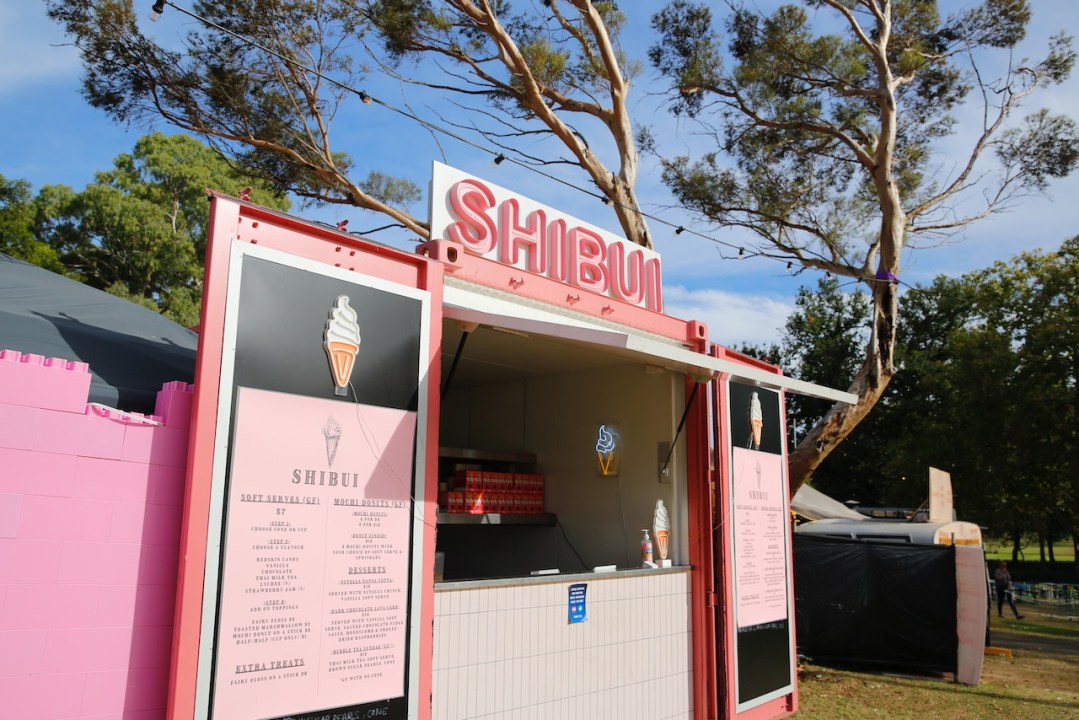 Gluten-free donuts! Get your post-show sugar fix from Shibui, with gluten-free and vegan-friendly soft serves, or a gluten-free bubble tea sundae.

The massaman beef and rice is gluten-free, while the homemade vegetable dumplings are vegan-friendly.

Colada at the Rymill Park Kiosk

Vegan cheese is available in crepes and sandwiches.

The Garden of Unearthly Delights and Gluttony run throughout the Adelaide Fringe 2021 Season, until March 21.