Kuti Shack takes its name from the Aboriginal word for the pipi or clam and will open on December 20 in the building previously occupied by Bombora, whose owners recently launched new venture Bombora on the River in the former Aquacaf premises in Goolwa.

Goolwa PipiCo has taken over the lease of the beach café, with managing director Tom Robinson swinging into action as soon as he heard the premises would be left vacant right at the start of the busy holiday period.

He says the pipi company had been looking for somewhere it could have a “consumer-facing brand” and a test kitchen where chefs might experiment with serving pipis in different ways.

“What happens with pipis is that they are quite often used as a garnish – so you’ll get five or six pipis that will go with a snapper, for example – whereas we want to sell them as a complete meal.

“What we’ve always talked to our fishmongers and restaurateurs about is how do we get a bucket of pipis on a table for people to share as a dish in its own right … we’ve been trying that for a long time, but we can’t tell restaurateurs what to do.”

The solution presented itself with Kuti Shack, for which Goolwa PipiCo has entered into a commercial arrangement with three Fleurieu-based chefs: Billy Dohnt, who has worked at d’Arry’s Verandah and Salopian Inn; Brendan Roach, who has worked at restaurants including Press and Osteria Oggi, and Vanessa Button, who was previously one of the co-owners of Bombora.

Also part of the collaboration are the local Ngarrindjeri people, who have been harvesting pipis on the beaches near the café for more than 10,000 years and have a strong commercial partnership with Goolwa PipiCo, while Olaf Hansen, who set up the original Aquacaf and Bombora Goolwa Beach, is on board as a consultant.

Kuti Shack will be open for breakfast, lunch and dinner over summer, with a menu showcasing local seafood, native Indigenous ingredients sourced from the Ngarrindjeri partners, and other Fleurieu Peninsula produce, wines, beer and coffee.

“It won’t be a restaurant where you can only get pipis,” says Robinson.

“There will probably only be one or two pipi dishes each day but they will rotate depending on the season and the weather. So in winter we might have clam chowders and spaghetti vongole, but in summer we might do more lighter-style dishes.” 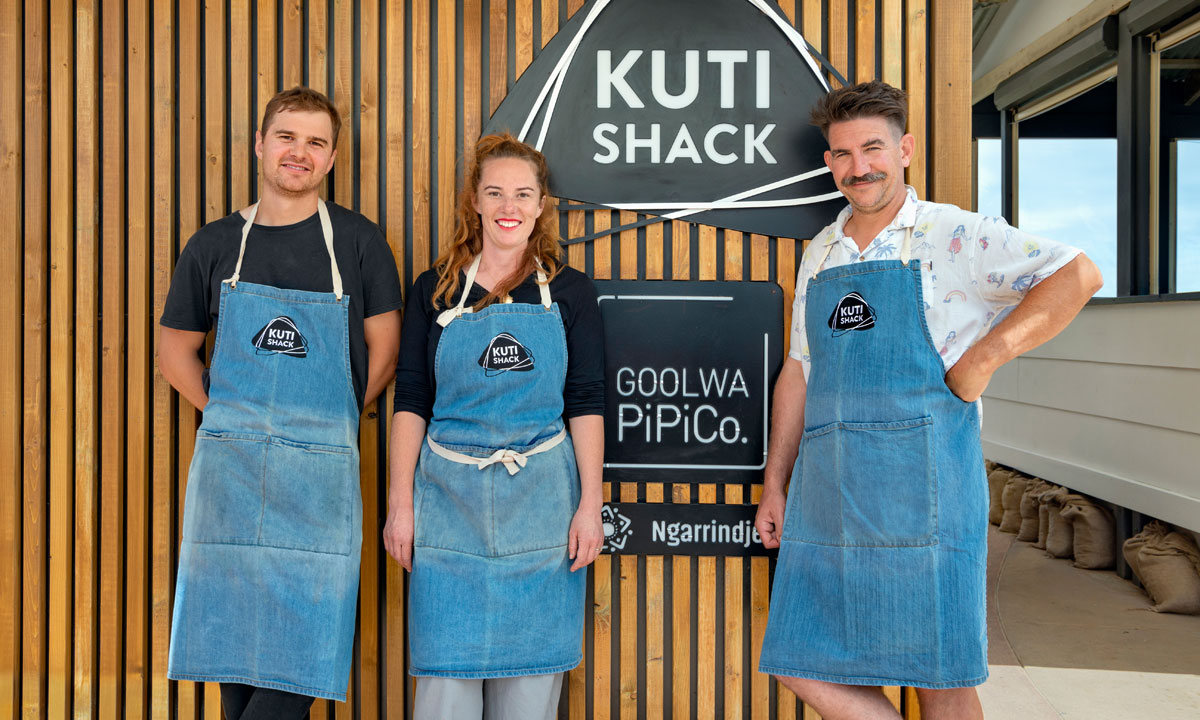 The café has been given a makeover inside and out ahead of the opening, with the exterior clad in timber slats and decorated with a large mural by Ngarrindjeri artist Cedric Varcoe, and the inside repainted to give it what Robinson describes as “a kind of Bondi feel”.

For Vanessa Button, who is returning to hospitality after having a baby 18 months ago, Kuti Shack has come along at the perfect time.

“I’m back ready to do something new and this spot came up and I’m absolutely in love with it,” she says. “I live about 500 metres away so I couldn’t let it pass me by.”

Although Button is a trained chef, she will be in charge of front-of-house for Kuti Shack. She says the menu will be “modest” in size and augmented by a daily specials board including dishes featuring local fishers’ fresh catch.

The kitchen will also have a strong focus on sustainability and using the whole fish.

“I think a really interesting dish is where we’re using Coorong mulloway wings … we’re buttermilk soaking them and then frying them super-crispy so you’ll eat them with your hands with a green pawpaw and pickled carrot salad,” Button says.

One of the chefs’ plans for the pipis is to serve them sashimi style – raw, with a Bloody Mary granita and local samphire.

“It’s almost a really modern version of a Kilpatrick in that it’s got the tomato and the Worcestershire, but it’s done in such a fresh, light way,” says Button, who believes pipis can be just as delicious as oysters.

“They’re really juicy and succulent and fresh, and a real taste of the sea… local and sustainable.” 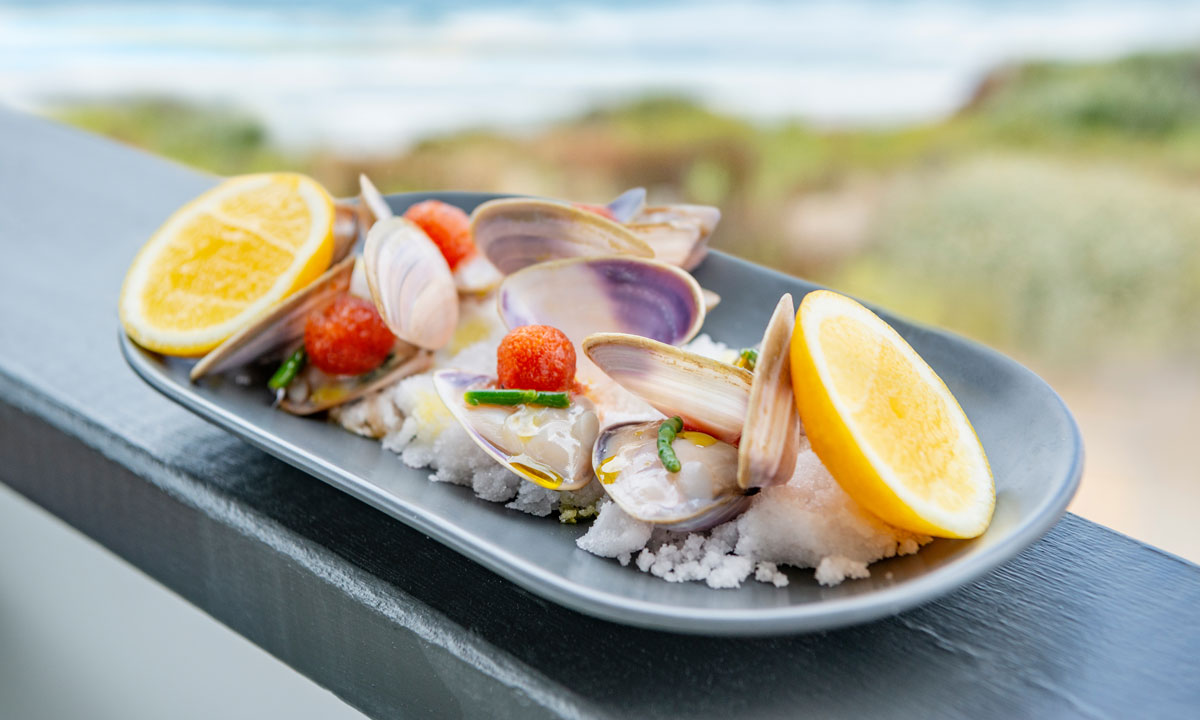 The cafe will serve as a test kitchen for Goolwa pipis. Photo: Jacqui Way

Kuti Shack will also be using Port Lincoln “minus-60” bluefin tuna – so-called because as soon as it is caught it is put into a minus-60 degree freezer to maintain its fresh appearance and pink colour. It, too, will be served raw, with a squid ink crisp and avocado.

Diners are assured there will be options for non-seafood eaters and those who haven’t yet jointed the #pipirevolution, including steaks and a kangaroo burger served with a bush relish made with muntries.

Breakfast will also be a largely seafood-free affair, with dishes like mixed mushrooms on sourdough with eggs, and a house-made granola with seasonal fruit such as poached peaches.

Goolwa PipiCo has the lease for the café premises until winter of 2021, when it is earmarked for demolition to make way for a more modern café as part of an Alexandrina Council masterplan.

Kuti Shack is set to open on December 20 – keep an eye on the Facebook page for updates.