It is also the only Australian vendor to make the list in The Vegan Travel Handbook, which includes food trucks from the United States, France, India and England.

“If you’re craving the likes of yiros, moussaka or spanakopita you can get them here, with plant-based ‘lamb’ (TVP), ‘mince’ (soy and pea protein) and ‘feta’ (made with nuts), all prepared by passionate vegan Anastasia Lavrentiadis.”

The new handbook features tips about vegan-friendly destinations, tours and experiences around the world, and Lavrentiadis says she is excited to be included – but also surprised, because she thought she had responded too late after the Lonely Planet team contacted her asking for information about Staazi & Co.

“I think it really comes down to the taste of our food – it tastes amazing – and the ethics behind the business,” she tells InDaily, when asked why she believes it has been so successful.

“It is a vegan business with a great vegan product which is loved by not just vegans, but also meat-eaters. It doesn’t exclude anyone, because it tastes good… most people are happy to try it and they keep coming back.”

She says Staazi’s best-selling menu item is still its vegan yiros made with plant-based “lamb” – a TVP (textured vegetable protein) based product marinated in Greek herbs and spices – followed by the AB and loaded fries. 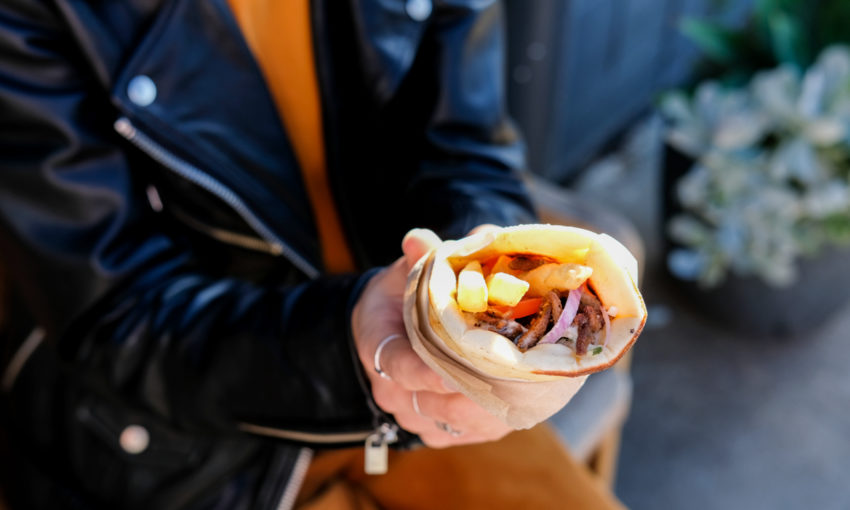 Lavrentiadis, a vegan with Greek heritage, launched the food truck at Adelaide’s Vegan Festival in October 2017 and it has become a regular fixture at music festivals, Gilles at the Grounds market at Wayville and other events.

Earlier this year, Staazi & Co also opened a bricks-and-mortar shop at 224 Grenfell Street, in the premises previously occupied by East End Yiros. It began as a short-term occupancy, to see if the move proved viable, but has now been extended into next year.

“With the festival season coming up, I really wanted to give it a proper go,” Lavrentiadis says.

“We have a lot of regular customers and it was hard for them to track us down … I did the shop mainly to give people a space and place where they can find us easily.” 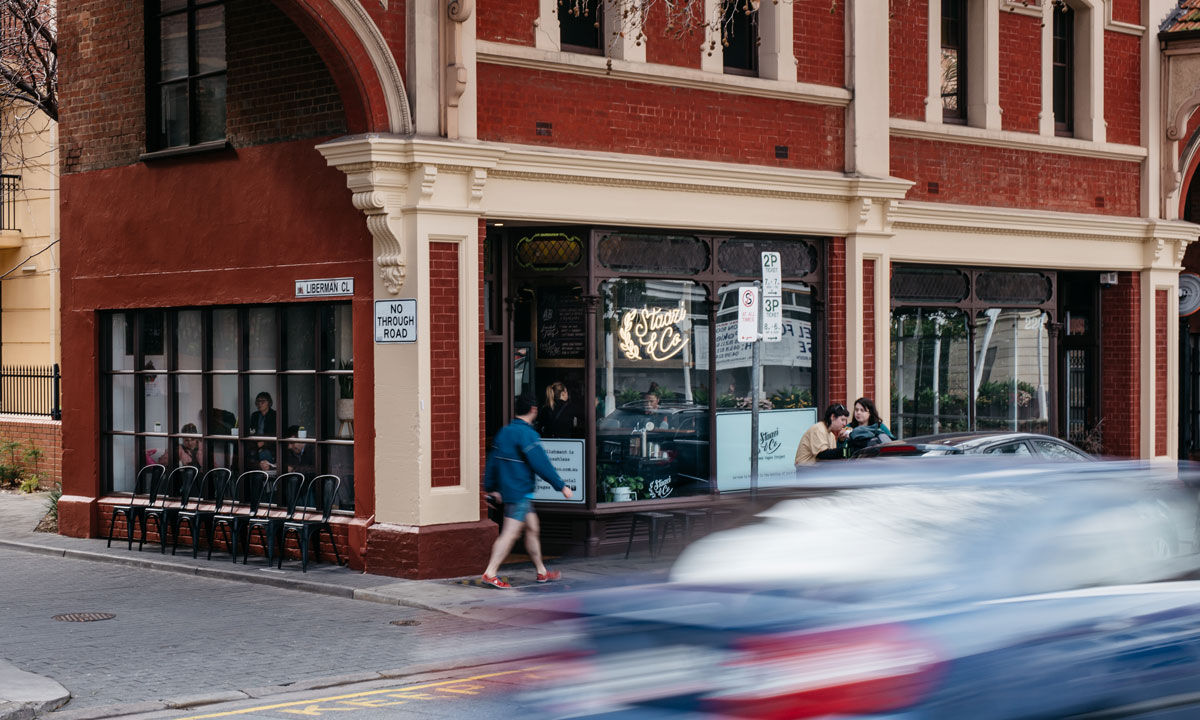 While the yiros is its biggest drawcard, Staazi & Co has experimented with a range of different menu items and specials in the shop – including a plant-based “chicken” yiros. In summer, it will also be adding dishes such as stuffed peppers and a vegan moussaka.

Lonely Planet says The Vegan Travel Handbook can be considered “your primer for how to practise what you already do in your home town, on the global go”.

It includes resources such as vegan travel blogs and apps, top vegan tours and festivals, a list of 20 vegan-friendly cities (Melbourne makes the cut but Adelaide doesn’t), and advice for travelling in a range of destinations.