The 260-person capacity space at 255 Esplanade was once home to Henley Kiosk before a stint as Sandbar nightclub. For the past two years, it has been largely vacant except for housing the odd function for the Thai Orchid restaurant situated directly below.

Now, however, the previously dark-painted walls of Sandbar have been replaced by a bright, airy fit-out with new furniture and wall artwork, and large windows overlooking the ocean.

Stretched across almost 400sqm, Seamore’s features three bars and two balconies within a floor plan designed with plenty of spots for people to hang out.

It is the latest in a string of eateries owned by brothers Mattis and Lukas Vanzati, joining their brunch spot Malobo in Henley Square.

“What it [the square] needed was a really nice, casual, easy place to relax without worrying about scratching the furniture or making a mess,” Mattis says. “[A place] where people can actually lay back and have it as a bit of an extension of their own home.

“We live just around the corner and way too often it happens that the weather is good and we want to do something and there are no options, really.” 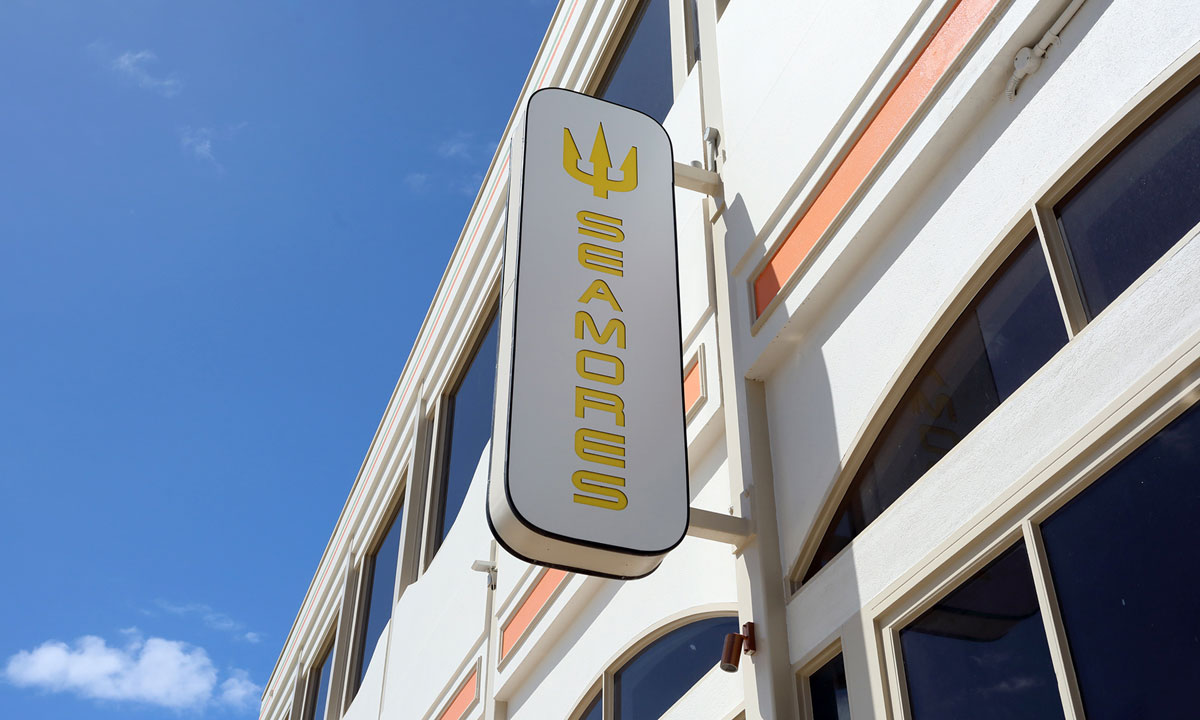 The new venue will have three bars and two balconies. Photo: Tony Lewis

The brothers want Seamore’s to become Henley Beach’s new “go-to” spot, and Mattis says it will offer a fresh take on New York-Italian-style cuisine, with a “crowd pleasing” menu that includes handmade pasta with a choice of sauces such as spicy pork and veal meatballs, chilli with prawn and mussels, and carbonara.

“One of my favourite things on the menu is the ‘hungover pasta’ – it’s [based on] something that we used to have as kids,” Mattis says. “Our dad would cook [spaghetti] bolognese and then, the morning after, he’d fry it up in butter. That would be our breakfast – and we loved that even more than when it was cooked fresh.

“It becomes really crispy and it caramelises; it’s a completely different experience. As we got older, all of a sudden it became a hungover thing … it’s the perfect hangover cure.”

There will also be a range of classic pizzas, with gluten-free options available, and a two-hour bottomless pizza and bellini cocktail offer running until 3pm every day.

“We’re also doing hoagies, which are like big New York subway sandwiches,” Mattis says. “There’s a big emphasis on pickles in there, so pickled vegetables and then just relying on good-quality ingredients.”

The hoagies will include a vegetarian option with falafel, roast capsicum and vegan aioli, a classic chicken schnitzel with lettuce and cheese, and a deli sub, which features three types of deli meat and honey mustard.

The Seamore’s menu will feature a range of pasta dishes. Photo: Tony Lewis

When the kitchen closes in the evening, the space is designed to operate as a bar with DJs playing into the night.

“This is a versatile venue, it’s not just a restaurant for lunch and dinner,” Mattis says.

The drinks list is still being finalised but will feature original cocktails: “Something that complements where we are, the location and summer.”

Come sunset, Mattis says, the fairy lights hanging above Henley Square will glitter and, with a drink in hand, the combination of sea and sand is magic.

Seamore’s Henley Beach is at 255 Esplanade. The launch party will be open to the public from 8pm this Friday.