Although mother-of-five (and grandmother-of-one) Abby Kayal has no formal training as a chef, food has always been an integral part of her cultural identity.

“Being Lebanese, we’ve always had this culture where we would invite family and friends over for a gathering,” she tells The Forager.

“At any time we could have 50 to 60 people here just for lunch, and for us that was normal.

Kayal herself has been cooking since she was 17 – and now, for the first time, she’s preparing to share her food with the public.

This Saturday at Plant 4 Bowden she will unveil Kayalz Kitchen, a stall selling lesser-known Lebanese sweets and meals that are suitable for vegans. 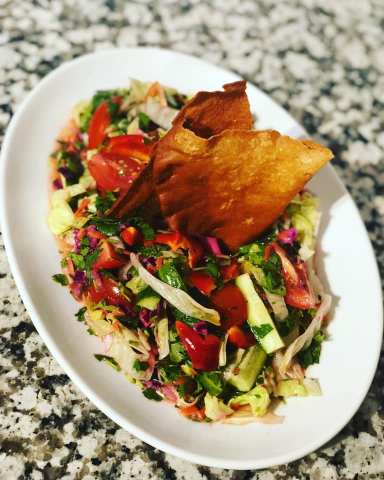 “I didn’t realise there would be such a fascination with vegan Lebanese food,” says Kayal, who has been experimenting with the plant-based recipes for more than a year.

“But after being on social media for a little while and posting some photos of my dishes, I started to get a lot of feedback and it turned out that it was very interesting, which led me to want to start my own business.

“I thought it was time to share the food with the rest of Adelaide.”

Kayalz Kitchen will operate as a food stall at events and places such as Plant 4, and Kayal also intends to launch a delivery option that will be available via online platforms like Uber Eats. 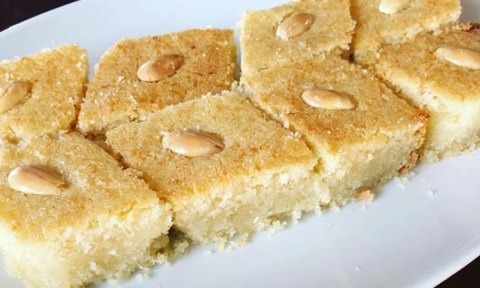 Namoura: a semolina flour and coconut cake, soaked in syrup.

Her 75-year-old mother, Hayat, taught her the Lebanese recipes.

“My mum used to cook professionally and she was taught how to cook when she was a child,” Kayal says, adding, “my mum has literally taught me everything.

“I’ve added [to] and tweaked the traditional recipes to cater for different tastes.

Kayal says her mother has been supportive of her new diet and experiments, and has been imperative to the recipe development for Kayalz Kitchen. 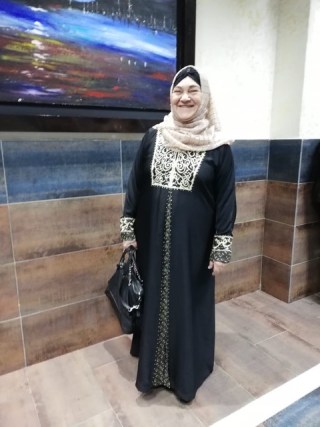 “Anything I cook, she tastes.

“If I have any questions, as in ‘Ma, what do you think I should do here?’, she will taste it for me and tell me what she thinks is missing.”

This includes two or three main dishes – such as a meat-free version of the kafta (mincemeat) skewers she ate with pita bread or in casseroles growing up. 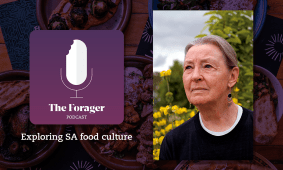 “I’ve just managed to substitute all the meat products and dairy products to make it taste the same,” she says of her food.

“I want to try and make knafeh,” she says, referring to the dessert made from pastry soaked in sugar syrup, with a layer of cheese on top.

“That’s normally made with a stretchy cheese, so I’ll substitute it [with a vegan alternative] and get it to stretch and melt and taste like actual knafeh.”

Kayal has built a commercial kitchen in her home so she can cook while also keeping her family close.

You can find Kayalz Kitchen on Facebook and on Instagram. Abby Kayal will also be at Plant 4 Bowden this Saturday from 5pm to 10pm. Click here for more information.