The craft brewery released its first beers (brewed under contract in the Barossa) in late 2016, then went on to launch its own brewery at Regency Park in 2018 and a 100-capacity brew cafe in Semaphore.

Owner Dane Adkins tells The Forager the location of its latest venture, which opened in Harbour Town last Friday, is “a bit different” from what Sweet Amber usually goes for, but he’s excited about what it can offer the retail district.

“I know a lot of people shy away from shopping, but this is an opportunity for people to relax when it gets a bit much.

“We’ve got beers and pizzas, so this is an oasis in a shopping centre.”

Sweet Amber Harbour Town is open daily, can seat up to 30 people and, like the Semaphore brew café, serves a menu focussed around wood-fired pizzas.

Although it is based in a busy retail hub, Adkins says customers can still expect a “warm and inviting vibe”.

“We are a micro-brewery and pizza bar, but we’re first and foremost about developing and creating community.

“We want to create somewhere people can enjoy the nice welcoming environment that’s not a pub and also not a restaurant.” 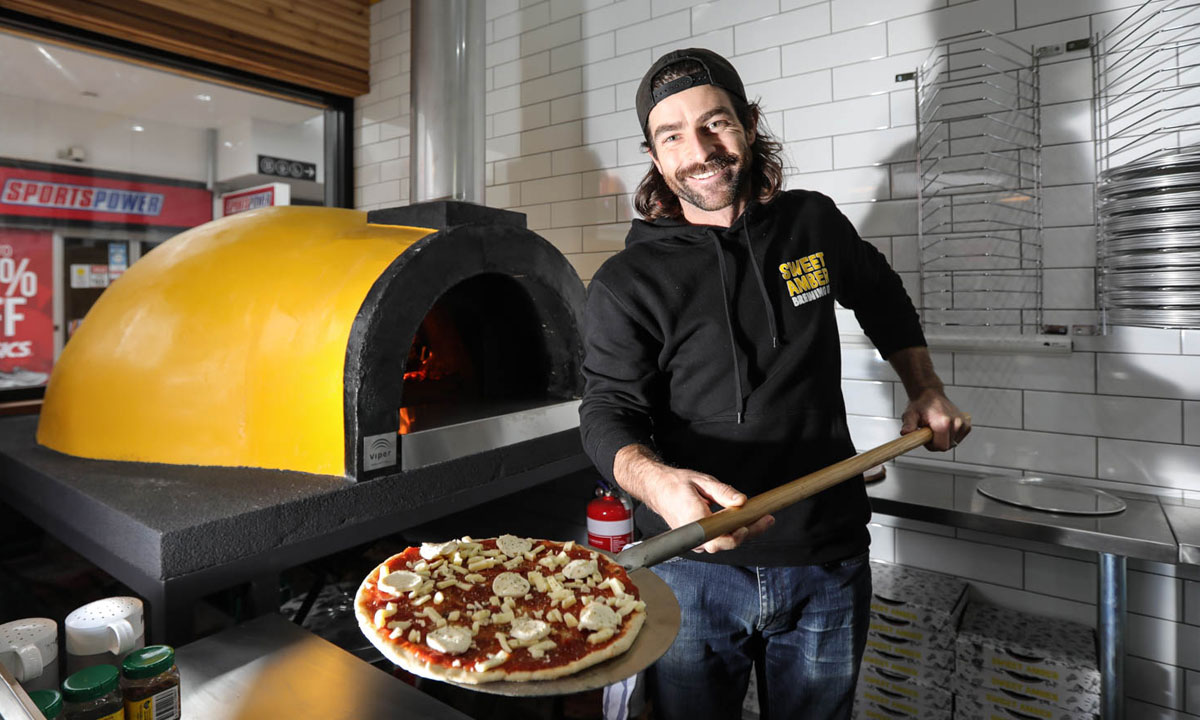 With a timber-clad exterior and bar-style seating underneath long bi-fold windows, Sweet Amber has managed to give the space a slightly beachy feel.

The sunny yellow signage reflects the colour of its new yellow Viper wood-fired oven, and at the rear of the triangular-shaped interior is the bar and service area, topped by four panels outlining food and drink options: “pizza snacks”, “meat pizzas”, “veggie pizzas” and “craft beers”, plus non-alcoholic drinks.

“We get a little creative with our pizzas where we try to implement beer aspects into it as well,” Adkins says.

“We dry-hop our olive oil, which is for both bitterness and aroma, and we add our own chilli oil, and make pizzas with that.

“We’ve recently introduced a vegan pizza, but for meat-eaters we’ve got a cheeseburger pizza and some sharing pizzas, like cheesy garlic pizzas.

“It’s the same menu as the other locations but smaller.” 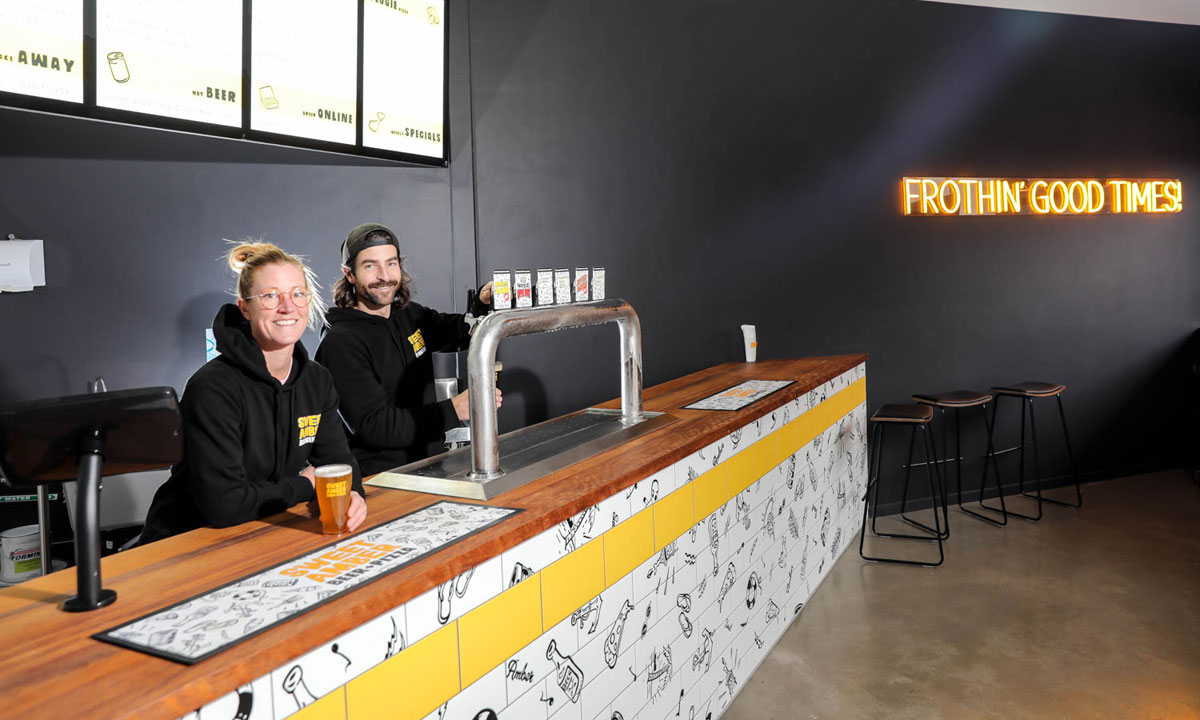 The six craft beers on tap at the Harbour Town outlet will be rotated regularly, and Adkins says that as well as having a pizza for every diet, Sweet Amber also has a beer for every taste.

He recommends the Imperial Coffee Stout, made in partnership with Adelaide cold-brew coffee wholesaler Mischief Brew, or a warm fermented German beer.

“A coffee stout is always good at this time of the year.

“But if you’re not a big beer drinker, we do have a passionfruit gose, which has a little bit of sourness to it, too.”

Sweet Amber is in the process of acquiring a takeaway sales licence, so customers can take their pizzas and beers to the communal area in Harbour Town and enjoy them while watching whatever is on the flat-screen TVs.

“Come summer time, the cricket will be on, and there will be the AFL games.”

“This is a concept store that we want to be able to roll out into different locations and have them in different areas of Adelaide,” says Adkins.

“We’ve reduced our menu here to what we have at Semaphore just to test the waters with how busy we’re going to be, but we want to bring the good vibes to all of South Australia.”