Peel St Restaurant will turn its focus exclusively to Thailand for a night this month with a rare themed event that promises to take the chill off winter with a series of spicy and fragrant dishes made for sharing.

“The essence of what we do here is it’s got to be abundant and generous, so there will be plenty of food and all the wine will be matched up,” Peel St owner and chef Jordan Theodoros tells The Forager of the June 25 dinner.

The restaurant rarely hosts what he describes as “extra-curricular” events – in fact, the last one was around a year ago and featured chef Quentin Whittle from Herringbone – but Theodoros thought the first month of winter was a good time to do something new. The Thai night is being presented on a Tuesday, when Peel St is usually closed for dinner.

“If it goes well we’ll probably do a couple of different nights down the track, whether it’s Middle Eastern or Greek – just pulling on ideas that come naturally to us here and changing it up for a night.”

Theodoros has a history with Thai food, having worked with highly regarded chef David Thompson in his Sydney restaurant Darley Street Thai, and while Peel St’s regular menu reflects a range of different culinary influences, one of its most popular dishes is a Thai banana blossom salad with chicken and chilli jam.

It’ll be typical Peel St – bustling and loud and fun

The entire kitchen team is helping pull together the menu for the $135pp Thai night, which will feature a series of five or six dishes for sharing.

“We will do waves of food so it won’t all hit the table at the same time.

“As we’re ready in the kitchen we’ll just keep sending the food out … we’ll make sure there’s loads of food.”

Although the dishes haven’t been finalised, Theodoros says they are likely to include a fragrant dry curry, perhaps with crispy fried and salted fish, kaffir lime and pea eggplant (“so it’s hot and salty with punches of citrus”); an aromatic broth with dumplings; a raw fish dish with Thai flavours and green chilli nam jim; and a spicy Thai relish with accompaniments such as sticky rice, “heavenly beef” (fried beef with coriander seeds), crispy fried fish skin and steamed eggs.

For the last savoury course, he’s envisaging perhaps a Thai roast chicken with a green mango salad – “something punchy but also a bit more recognisable” – while the meal will finish with a typically vibrant Thai dessert.

“I want it to be delicious, but I don’t want to be too serious about it,” Theodoros says of the night. “It’ll be typical Peel St – bustling and loud and fun.”

You can find out more here.

For the love of gin

Sparkke at the Whitmore chef Emma McCaskill has been relishing the opportunity to indulge her love of gin with the creation of a four-course gin degustation to celebrate World Gin Day this Saturday.

McCaskill took up the reins at the female-led brewpub in mid-April, having spent seven months at the Botanic Gardens Restaurant after leaving former Hyde Park institution The Pot.

She tells The Forager that it was while foraging in the Botanic Gardens that she came across the rare prickly ash tree. It produces the edible pepper berries she has used to create a vinaigrette which will be served with Coffin Bay oysters and finger lime in the first of four courses being matched with Adelaide Hills Distillery gins for the World Gin Day degustation this Saturday. 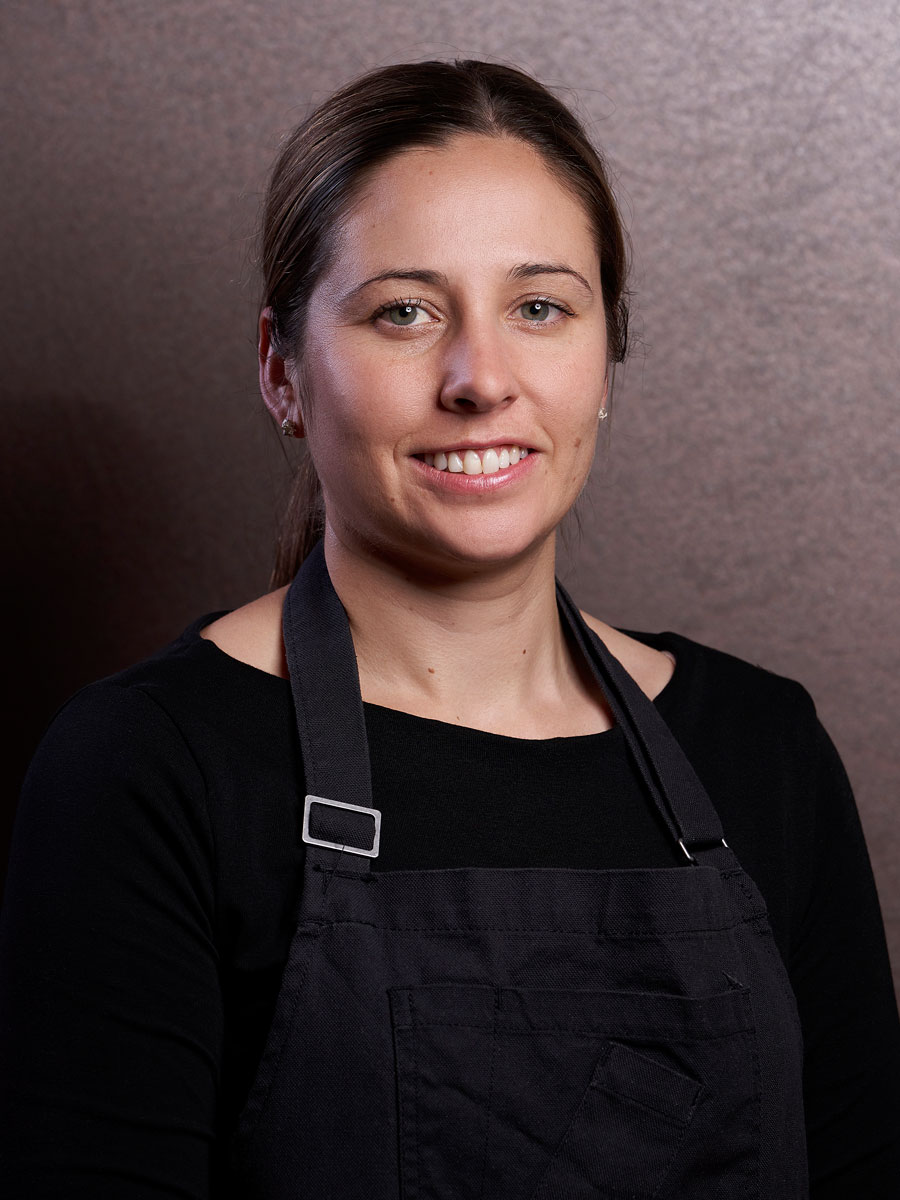 It will be served, fittingly, with the 78 Degrees WOMADgin, featuring botanical flavours said to represent festival’s home in Botanic Park.

“It’s a very floral gin, so it’s a bit of a digestif,” says McCaskill.

For the second course, she is pairing the 78 Degrees Sunset Gin (with flavours of strawberry gum, rosella, bush apple and juniper) with an Indian-style ceviche with hiramasa kingfish from Port Lincoln and a strawberry gum oil, while the third course will see the classic 78 Degrees Gin matched with Boston Bay pork hock braised in a masterstock of juniper, coriander and peppercorn and served with chilli caramel and fragrant rice.

For dessert, Green Ant Gin (the result of a collaboration between Adelaide Hills Distillery and Something Wild) will be served with a green ant and lemon tart.

“For me, at this stage in my life, my go-to drink is gin rather than wine so I’ve found this quite interesting,” McCaskill says.

“I’ve enjoyed trying to pair the flavour notes in the gin to the dishes and I’m really excited about Saturday.”

For those who want to try gin and food pairing at home, she says the most important thing is to ensure the food doesn’t overpower the flavours of the gin, and vice versa.

“Just explore and be creative in bouncing flavours off each other … you can do similar flavours to those that are in the gin, like I have, or opposite flavours so they balance each other out.”

Last we checked, tickets were still available to the World Gin Day Degustation at Sparkke at the Whitmore (details here). You can read about other long weekend food and drink events – including more Gin Day celebrations – here. 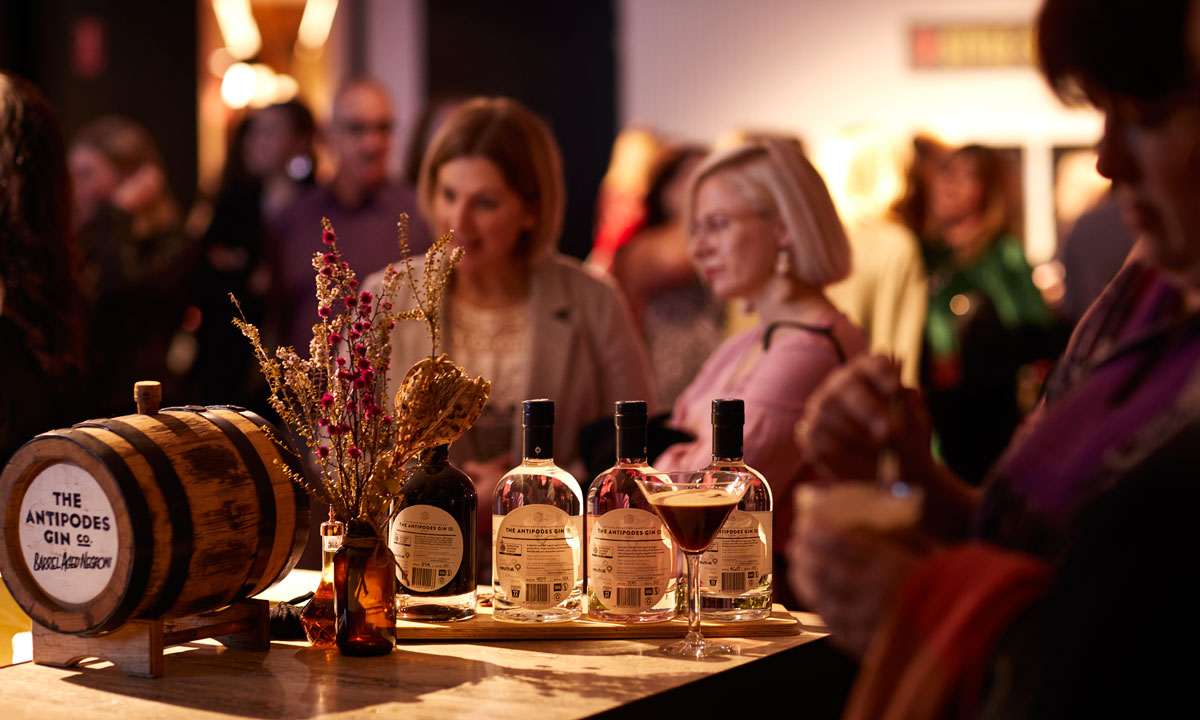 Greek barbecue, crepes, wood-fired pizza, plant-based fare, mulled wine and spiked hot chocolate will be on the menu for audiences at this month’s Adelaide Cabaret Festival.

The festival begins on Friday, and will see four food trucks set up along the Adelaide Festival Centre’s Walk of Fame and Riverdeck for the duration of the two-week program.

Returning for the third year in a row is Crepe Bar, serving savoury crepes filled with Mediterranean and French-influenced fillings and sweet versions ranging from Belgian chocolate to fresh fruit. For the first time, the festival will also host Babs Greek BBQ, Forage Supply Co (the popular “purveyors of plant-based meals”) and El Diablo’s Pizza.

The Adelaide Festival Centre’s Star Kitchen and Bar and other bars around the centre will be serving up special cabaret offerings, including cheese platters, mulled with “with sugar, spice and everything nice” and a decadent Callebaut milk hot chocolate spiked with Pedro Ximenez sherry.

“We encourage people to make a night of it and really experience the warmth of this winter festival,” says executive producer Ebony Bott.

“Start with some Champagne or pre-dinner drinks and a cheeseboard, see a show, then grab some food and mulled wine before heading into our new late-night club – The 11 O’Clock Number [in the Famous Spiegeltent] – followed by dancing with live DJs until 2am.”