Train commuters can now get their daily caffeine fix at a new pop-up coffee bar dubbed Platform 10 which opened yesterday in the old wooden ticket booth at Adelaide Railway Station.

Café vendor Frank Cecere says the pop-up – co-located with the new flower bar at the northern end of the main concourse – sells hot drinks and a range of “quick and quality” food including fresh pastries, cakes and other items made at his business’s Flavor Lab bakery in Newton.

This week’s savoury menu includes croissants filled with chorizo, provolone and tomato salsa (“that’s our variation on your ham and cheese croissant”); focaccia with roast zucchini, capsicum, eggplant, sundried tomatoes and pesto, and a selection of salad bowls.

The sweets line-up ranges from gluten-free muffins and flourless orange and almond cake (also gf), to a salted caramel tart and chocolate brownie, plus a selection of raw, vegan goodies – think chocolate and peanut butter slice, and salted caramel and macadamia slice – from Healthy in Disguise.

“We’ve got a lot of lines, so we’ll change that up as time goes on … we’ll adapt it as we see what people want,” says Cecere. 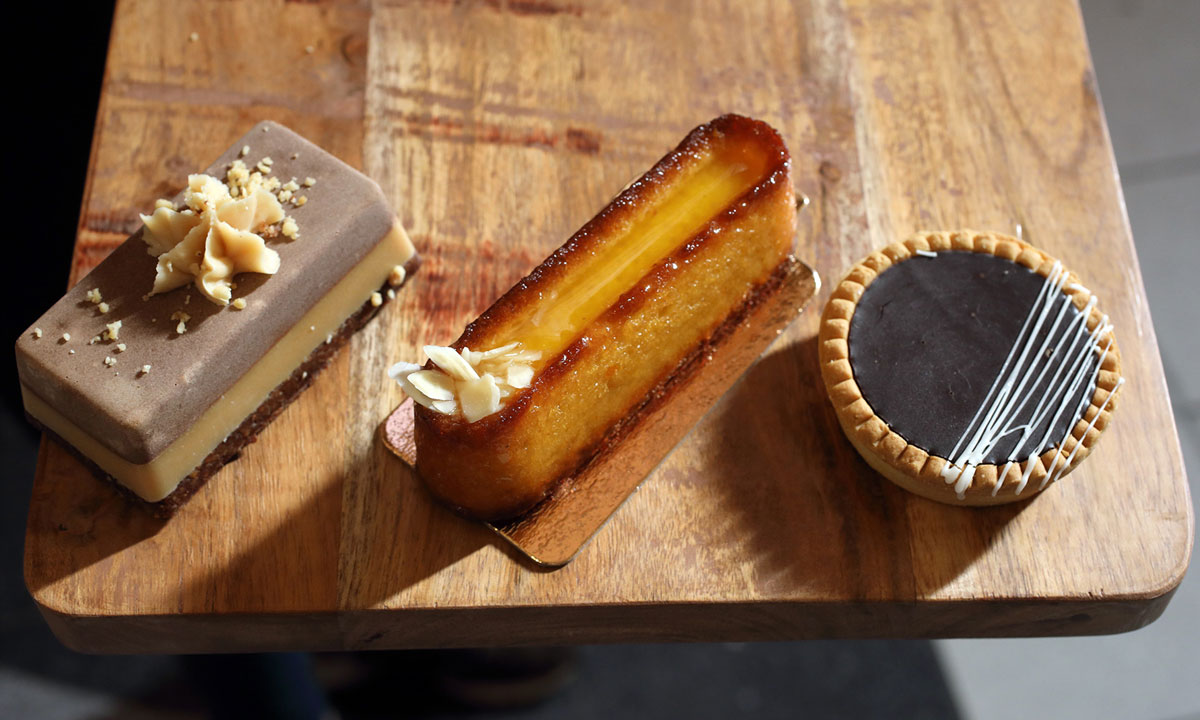 A selection of the sweets on offer. Photo: Tony Lewis / InDaily

Renewal SA, which is managing the revitalisation of the station, says the coffee bar’s convenient location is expected to be welcomed by the around 230,000 people who use the station each week.

Perhaps conjuring a little bit of the magic of the fictional Platform 9¾ at Kings Cross Station in the Harry Potter books, the Platform 10 name was inspired by the fact that Adelaide Railway Station has nine platforms.

Platform 10 has a six-month contract to operate on the site, says Cecere, who also has the Cotto small chain of cafés.

“The pop-up realm is something we’ve only ever dabbled in but this is a really good opportunity.

“If you look at the railway station, it’s a beautiful building but doesn’t have a lot of vibe … we thought we could bring something with a bit of flair and have some fun doing it.” 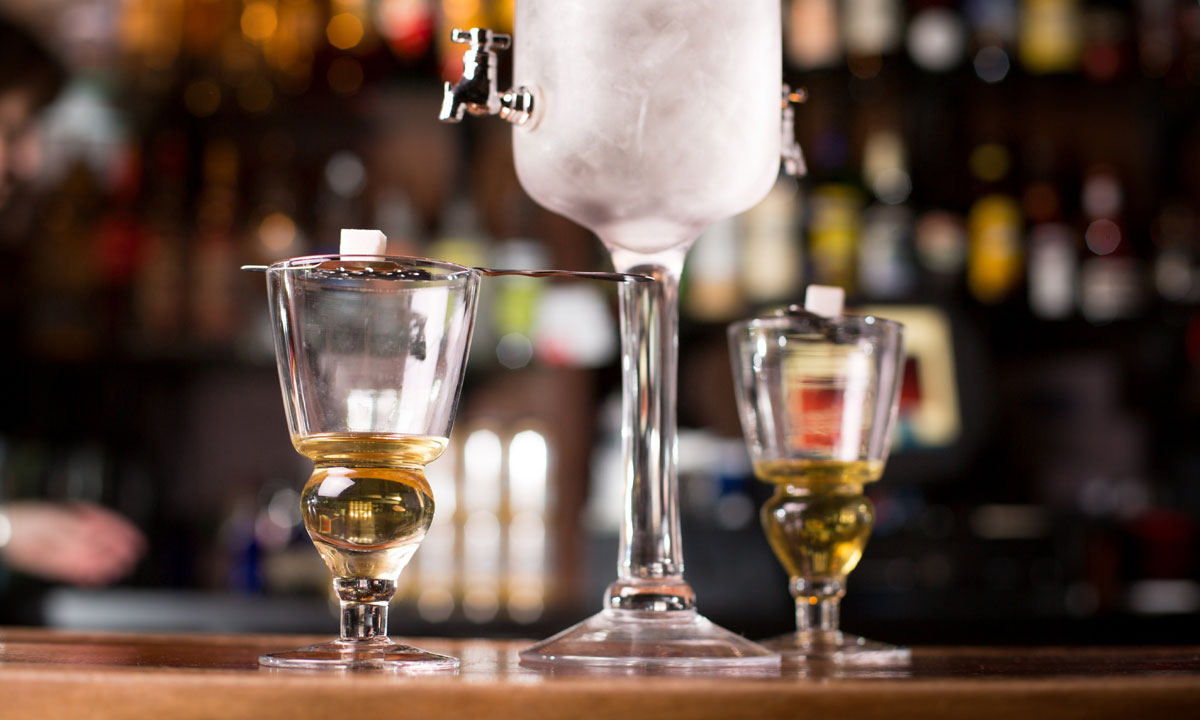 Global Distillery Tour has a section dedicated to Absinthe, AKA ‘The Green Fairy’. Photo: ©VDB Photos/Shutterstock

Six South Australian distilleries are keeping company with a diverse collection of distinguished spirit makers from Sweden to Lebanon and everywhere in between in a new book published this month by Lonely Planet. 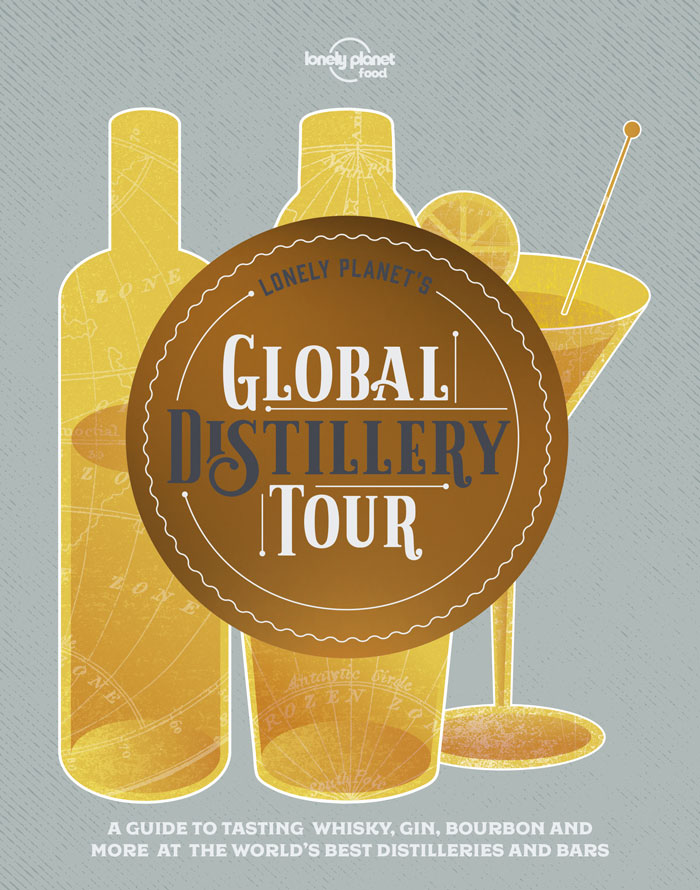 Pitched as an exploration of “the exciting new world of spirits and cocktails”, Global Distillery Tour features distilleries and bars from 30 countries, including the famous Cointreau Distillery in France, Scotland’s Bowmore, Talisker and Glenfiddich whisky distilleries, and the Monkey 47 gin distillery in Germany.

Each entry gives a feel for the distillery setting plus tours and drinks on offer, as well as tips about other nearby attractions.

KIS, says Global Distillery Tour, “somehow succeeds in bottling island aromas such as coastal plants and brisk sea breezes … settle beneath an outdoor marquee to sample zesty, award-winning gins, flavoured with plant life you can practically see from your chair”.

When visiting Twenty Third Street Distillery in Renmark, the guide says you must try the distillery’s take on a Cosmopolitan made with its Riverland Rose Vodka, while Adelaide Hills Distillery’s Green Ant Gin gets a special mention, as does Prohibition’s “Australian negroni” – and “for the brave of heart, there’s the Aussie Muscle flight, featuring three over-proof gins, including Prohibition’s own Bathtub Cub (69%)”.

The Balfours Story begins with the account of Scottish immigrants James Calder and Margaret Balfour’s arrival in Adelaide in 1852, going on to chronicle how the bakery they founded (starting at 130 Rundle Street) has continued to thrive “through depression, family in-fighting, world wars, bankruptcy, takeovers, spirituality and technological evolutions, all against a backdrop of ever-changing consumer tastes and expectations”. 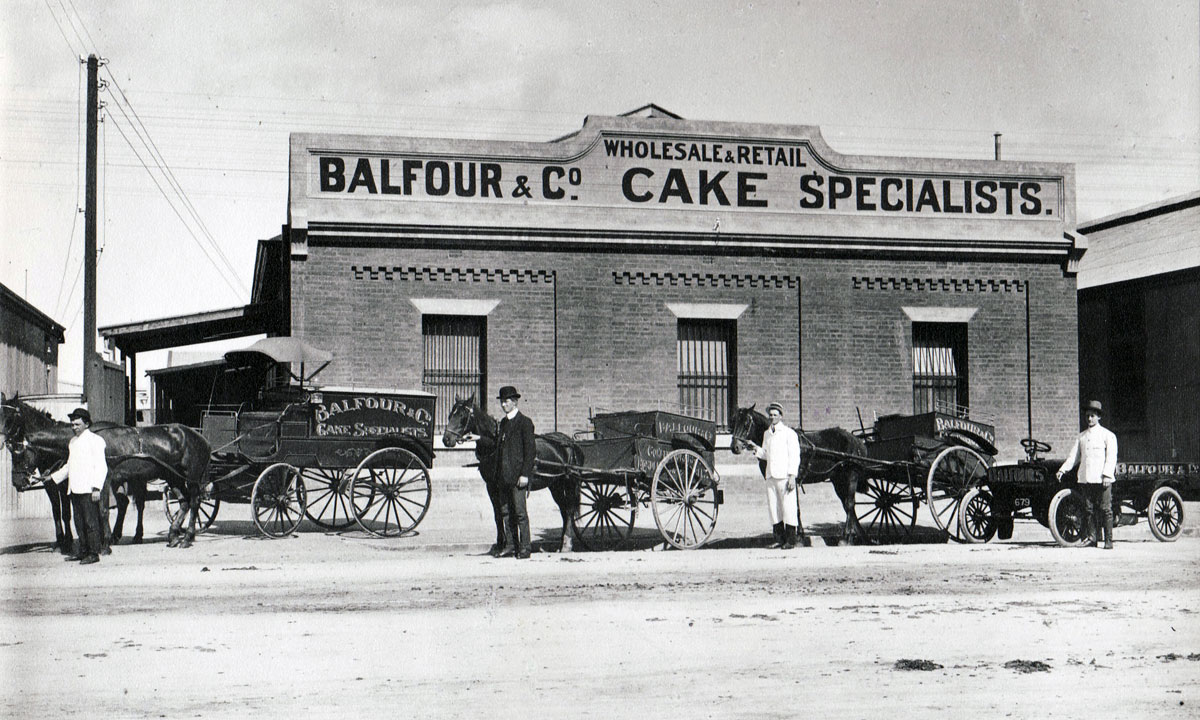 The book highlights some of the bakery’s favourite early products. They include the Melvich Cake, a plain butter cake flavoured with lemon essence which took its name from a Scottish town and sold for 6d (sixpence) in 1914, and Bush Biscuits, introduced around 1885, which were unique in SA and “famous more for their shelf life than their gourmet appeal”.

Later chapters tell tales of other Balfours treats introduced over the years, from pies and donuts to the famous Frog Cake.

“The Balfours story runs parallel to that of South Australia,” says chief marketing officer Erik de Roos. “We’re very much embedded in the state’s DNA and very much part and parcel of people’s personal and professional lives.”

A toast to Adelaide Gin 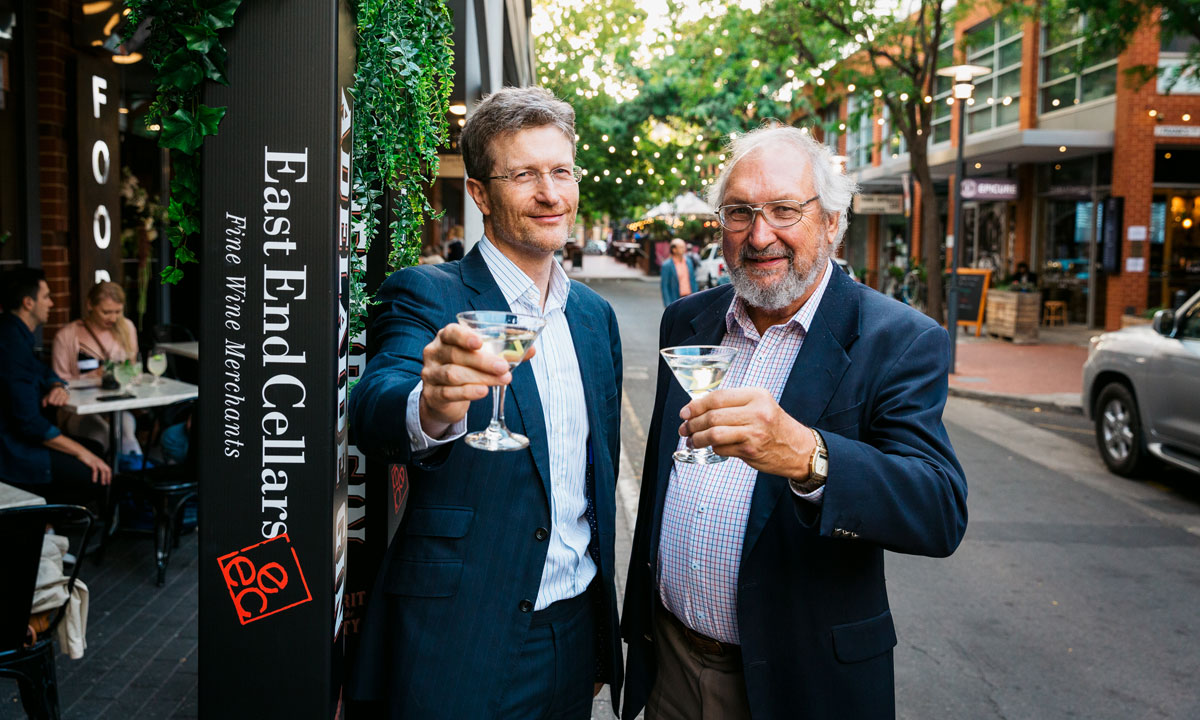 Michael Hickinbotham and Graham Jones with their Adelaide Gin, which was launched at East End Cellars.

Launched just two months ago during Fringe, Australian Distilling Co’s Adelaide Gin has scooped five international spirit awards in the past month – including a gold medal at the Berlin International Spirits Competition and silver at the San Francisco Spirit Awards.

The small-batch Adelaide Gin was born when gin enthusiast Michael Hickinbotham partnered with gin maker Dr Graham Jones to create a spirit that reflected the character of Adelaide.

Their gin features Kangaroo Island lavender, as well as traditional spices including cardamom, juniper, orris root, coriander and nutmeg, and the label (awarded a gold medal for design at the Denver Spirit Awards) is intended to reflect “the copper that Adelaide Settlers built the city’s foundation on”.