“It’s quite phenomenal,” Rebecca Sullivan says of the early response to Warndu Mai (Good Food), launched just a fortnight ago.

“Target and Big W have taken it and that’s a huge deal … that says that the industry is shifting itself, and they see native food as not being so niche anymore, which is just really extraordinary.” 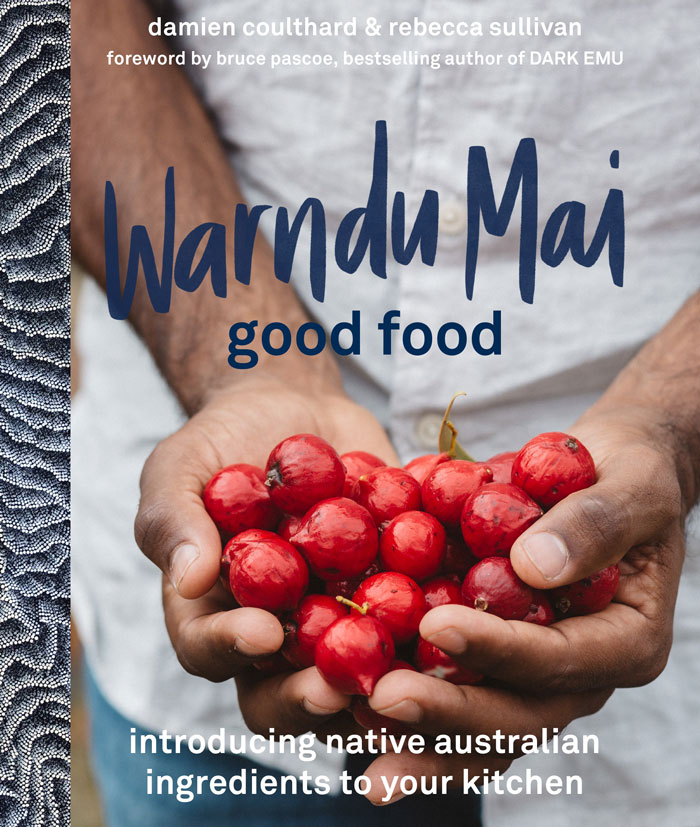 The cookbook – featuring recipes for everything from kangaroo carpaccio and emu egg sponge cake to finger-lime curd, pepperberry tea and strawberry gum ice-cream – was the obvious next step as they seek to encourage home cooks to embrace native foods.

Sullivan says the only way the Australian native food industry can be sustainable is if the ingredients move beyond high-end restaurant menus and become staples in home pantries.

“Having been behind the scenes for a few years now, we’ve seen a massive uptake … people are trying to get their hands on things, and I think it’s now more supply trying to keep up with demand. It’s definitely shifted from the other way round, which I think is exciting.”

The 50 or so ingredients featured in Warndu Mai were selected because they can be bought either fresh, frozen or dried, with a glossary at the back of the book giving details about seasonality.

Sullivan says most of the ingredients can be bought online, and South Australians are also fortunate to be able to source a range of native foods at retailers such as Something Wild in the Adelaide Central Market and select Foodland supermarkets.

While the growing interest in native Australian ingredients may be partly attributable to television cooking shows and their use by restaurant chefs, she believes it also reflects a cultural shift.

In the introduction to Warndu Mai, she writes that her own “ah-ha!” moment hit her like a slap in the face. She considered herself a local food advocate, but “I hadn’t even tried anything truly local to my own country … I realised that local food surely must be the Australian native plants and animals”.

As an Indigenous man from Adnyamathanha country (in the Flinders Ranges), Coulthard’s own introduction to native Australian foods came early in life. He remembers eating witchetty grubs while camping with his pop on country, and picking fresh urti (quondong) while walking with his grandmother and listening to her share family and cultural stories.

“It [the quandong] is probably not necessarily the most delicious thing I’ve ever eaten in terms of native foods, but it’s one that brings back memories and that’s the most important thing with food,” he tells InDaily.

“Damper is another thing I saw my aunties and uncles make, and my grandmother, and I’d join in. It’s not so much the learning how to make it but the time spent with family listening to stories in between … anytime when you’re making a meal or a loaf of bread it’s about actually spending time with someone and I think that’s really important, especially for children.”

His Nana Barb’s recipe for urti pie is included in Warndu Mai (and shared here below), as is Coulthard’s recipe for damper. 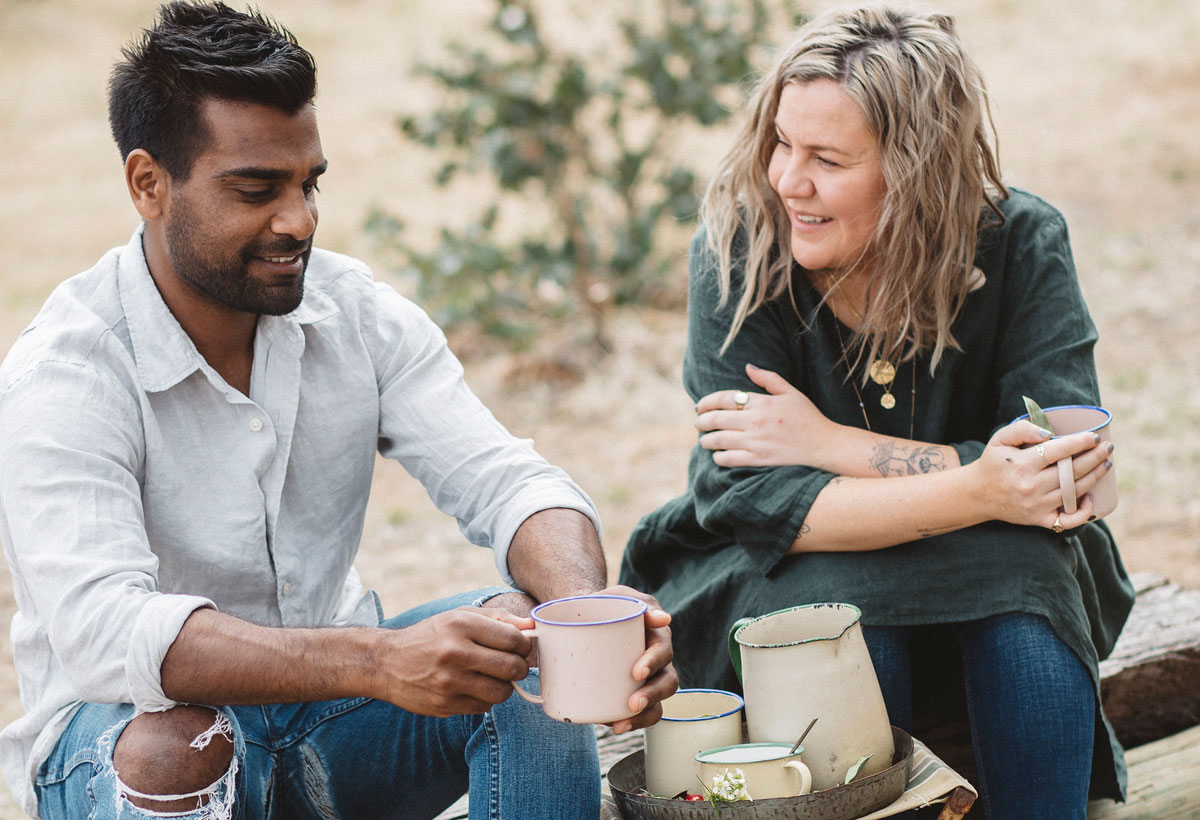 Damien Coulthard and Rebecca Sullivan in a photo from Warndu Mai.

Among Sullivan’s own favourite recipes in the book is the boonjie tamarind and native thyme pie – she says the native tamarind tastes a bit like rhubarb and is “absolutely delicious” – and the saltbush and muntries soda bread.

“Being able to make your own bread is a gratifying process in itself – and it has the beautiful saltbush through it and the muntries, which taste a bit like sultanas when they’re cooked in the bread, so it’s kind of like having your own salty fruit bread.”

Because some of the flavours may seem unfamiliar or strong to Westernised palates, Coulthard advises trying native ingredients in small amounts and several times before deciding whether you like them. “And just experiment – some things go together and some things don’t.”

He wants Australians to get just as excited about ingredients from a food culture that dates back 60,000 years as they do about wine which comes from 500-year-old vines.

Even more importantly, as a teacher, he also sees food as a gateway to encourage young Aboriginal people to further explore their culture and hopefully ensure that traditional knowledge and stories aren’t lost.

“It’s about sharing knowledge and understanding and hopefully strengthening the identities of all Aboriginal people through food and culture.”

This recipe is so special to us as it comes from Damien’s Nana Barb, who has since passed away. Most of Damien’s family members make this pie, which is renowned in the Flinders Ranges, home of the urti (quandong). So when we make this pie, it’s in Nana Barb’s honour. She had a real sweet tooth!

Combine the fruit with the sugar and orange juice, stir, cover and let stand for at least five minutes, or, if you have time, leave overnight. This will create a thicker filling.

Transfer the quandong mixture to a saucepan and cook on low for 10–15 minutes, stirring frequently.

Preheat oven to 180°C. To make the pastry: Place flours and butter in a large bowl and rub with your fingers until it resembles breadcrumbs. Add water and mix with a butter knife until the pastry just comes together. Divide into 2 portions and roll each out to a 28cm circle on a well-floured surface.

Line a lightly greased baking tin with one circle of pastry. Prick the base with a fork. Fill with quandong filling, and trim the edge of the pastry. Cut remaining pastry into smaller circles using a 7cm round cutter.

Mix the egg and the cream together. Brush the edges of the pastry with mixture. Lay circles of pastry over the pie, overlapping slightly. Brush the top of the pie with the egg mixture. Sprinkle with sugar. Bake for 30–35 minutes, or until golden.