“My interest in brewing really sparked when I was young and I had a lot to do with learning about growing malt at the farm and saw it going to the brewery,” full-time mechanic and part-time brewer Nick Crouch tells InDaily.

“That led me to getting into the brewing side of things when I was in my late teenage years and early 20s, and from there the Reckies brewery was born.”

Recklaw Osborn Brew Co – or Reckies, in its shortened form – is just as much about his family’s past as it is his passion for beer.

The brewery honours Crouch’s grandfather, Recklaw Osborn, who purchased the family’s farm at Merriton – about two hours’ drive north of Adelaide – and whose unusual name sparked a family tradition.

“His mother died giving birth to him and she had already selected the name Recklaw Osborn, but nobody has worked out where it comes from,” Crouch says.

“Recklaw is now my middle name and my father’s middle name as well, so I thought why not use that as the brewery’s name – it’s got a good backstory and it fits in well with the brand.”

Crouch’s foray into the brewing industry started with “a lot of learning, reading, trial and error and playing around with beer” at the farm, where he had a rudimentary set-up to experiment with brewing.

After moving to Strathalbyn in 2006, he began to take his experimentation a step further by purchasing more professional brewing equipment and regularly inviting his friends and family over to his house to taste his trial batches of beer.

“This was in the early days when the American [craft beer] industry was really booming and I was following that closely and looking at what people were doing over there,” he says.

“There was a lot of encouragement from friends and family who were saying I had a great product, and people wanted to have my beer at their weddings.

“It got a bit out of hand so I thought I better start making the brewery bigger and actually start doing some licensing.” 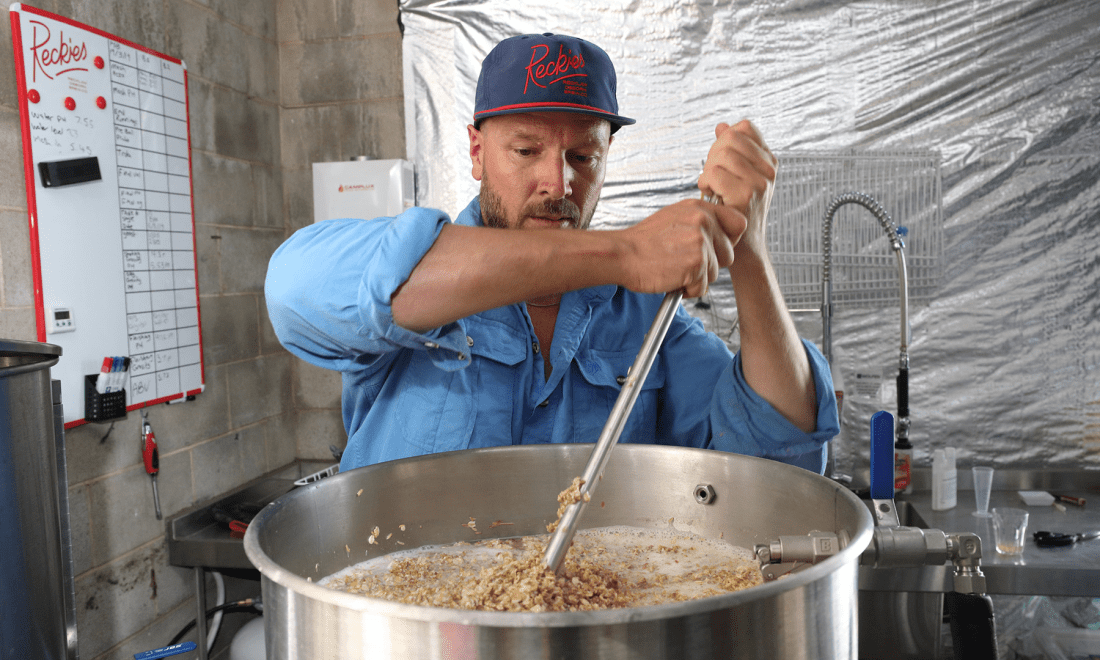 A desire to expand his output and market reach led Crouch to Adelaide – South Plympton, more specifically – where he found a rental property with a large outbuilding to house commercial-sized fermenters and brite tanks purchased from the United States.

“That was about two years ago and we’ve been here ever since, working away in our little 30-square-metre brewery out the back,” he says.

“We’re at the stage now where we can’t brew enough.”

They are currently pumping out about four to six kegs of beer a month from their 150-litre-capacity brewery, with a variety of staple and seasonal beers on tap at bars across Adelaide, including NOLA on Vardon Avenue and The Franklin Hotel on Franklin Street.

Crouch and Heidenreich also plan on releasing a grapefruit-infused IPA and a chocolate and vanilla oatmeal stout for winter. 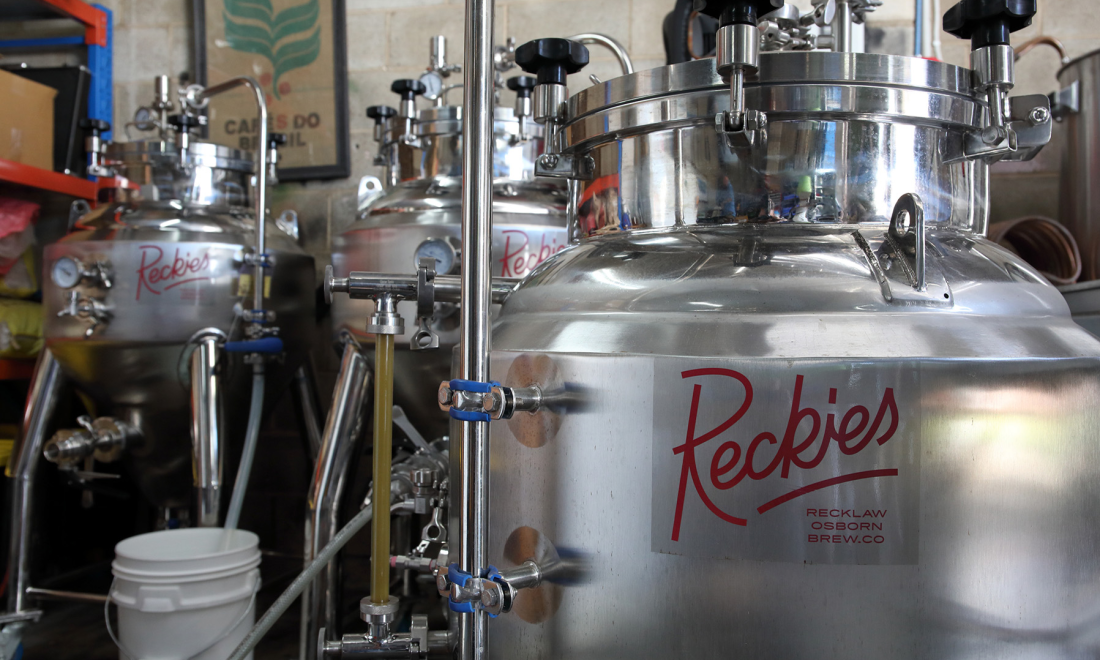 For now, Reckies beer is available only on tap. Photo: Tony Lewis / InDaily

“I guess what makes us unique is that we really try and use a vast range of hops and flavours,” Crouch says.

“As time goes on we’re hoping each beer will have a personality of its own, a brand of its own and a colour of its own.”

In the future, Crouch hopes to open a brewpub in suburban Adelaide so he and his partner (who owns a catering business) can combine their passions for food and beer.

“I think a lot of small brewers are really trying to push themselves to get interstate more and at some stage, of course, we want to do that too, but we really just want to focus on the local community.

“I think there is definitely value in building a local love for the product and for the brand.”

The brewpub dream is part of Crouch’s much broader vision for the craft beer industry in South Australia.

“My dream in this industry is, you should be able to go down to your local brewpub for some live music, something to eat and some of your locally-brewed beer,” he says.

“The ones that are successful in the US in a really competitive market are the ones that are really focussing on local and are not trying to send their beers interstate straight away.

“I think we’re in the very early stages of a similar exciting boom in in Adelaide.”