“These were his old bedrooms, so he probably would be quite confused if he saw them turned into a restaurant serving South-East Asian and Middle Eastern food.”

Named Henry’s Table in honour of the original owner, the new restaurant is nestled in the Henry Ayers Room – the same space that housed Ayers House’s former silver-service restaurant from the 1970s to early ’90s.

Henry Ayers Room and the former restaurant’s gueridon food trolleys were briefly brought back to life for a Tasting Australia event last year, which featured dishes from the old silver-service menus.

“For us, the Tasting Australia event was a way to prove that we’ve still got it,” McLeod says.

“This new restaurant will be completely different, though, with an entirely revamped feel.

“It will be a bustling little restaurant where people come often and not just on a special occasion.”

When InDaily visited Henry’s Table for a sneak peek ahead of its official opening, the restaurant was still undergoing a modern revamp. Most of the furniture remained unpacked and oil paintings were yet to be hung, but the room’s new contemporary feel was already evident in the stripped floorboards and recently installed banquet-style seating along the walls.

The overall look is the vision of London-based interior designer Adam Dale, who had the furniture made in England.

“My brief to Adam was I want wooden floors, wine racks, a central buffet and a private room with a big table, and he did the rest,” McLeod says.

“Certainly it’s going to be a modern restaurant and the décor is going to have an element of luxury to it, but it won’t be a relic of the past.”

While the Henry Ayers Room can seat up to around 50, several adjacent smaller rooms – including the library and ballroom – will also be available for private dining when the restaurant opens.

Food-wise, the menu will offer a more modern and multicultural dining experience.

“There will be nothing at all that harks back to the old English style and certainly nothing that Henry would have eaten, like corned beef so tough that it would pull your teeth out,” McLeod says.

“We want to break down that barrier and make Ayers House a more inviting place, and we’ll do that with an attractive and well-priced menu that will entice the public to come inside.” 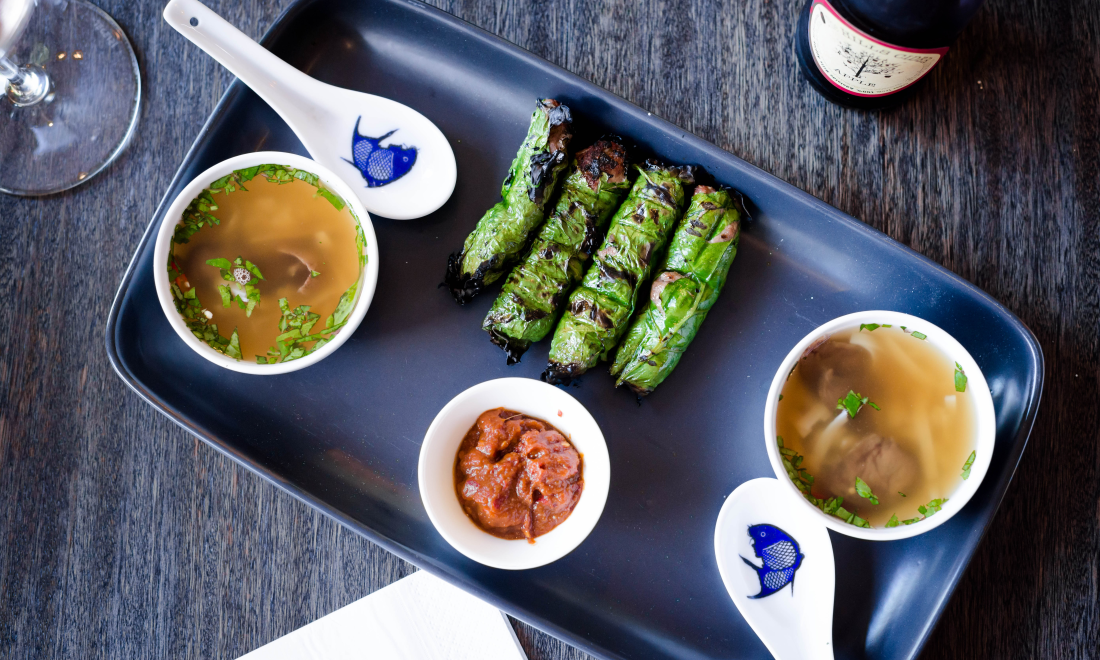 “My holidays are generally spent on little plastic stools in Bangkok eating $2 meals and trying to figure out how they’re made,” he says.

“I have a passion for learning about cuisine and that passion never stops.”

The star of the à la carte menu is “bebek betutu”, described as a “Balinese celebration spiced whole duck slow cooked in banana leaves”, which serves two people as a main course or up to four people as an entrée. Guests are required to order the dish at least 24 hours in advance to allow sufficient time for the duck to marinate in a spicy paste before it is roasted.

“I was in Bali last year and saw this described in a restaurant and I just had to try it,” Groves says.

“It was absolutely amazing and I ended up sucking the last tiny morsels off the bones just to get the last tiny bit of flavour out of it.

“The paste they use is ridiculously aromatic and full of fresh turmeric and ginger and spices and they just smother the duck in it to get as much flavour out of it as possible.” 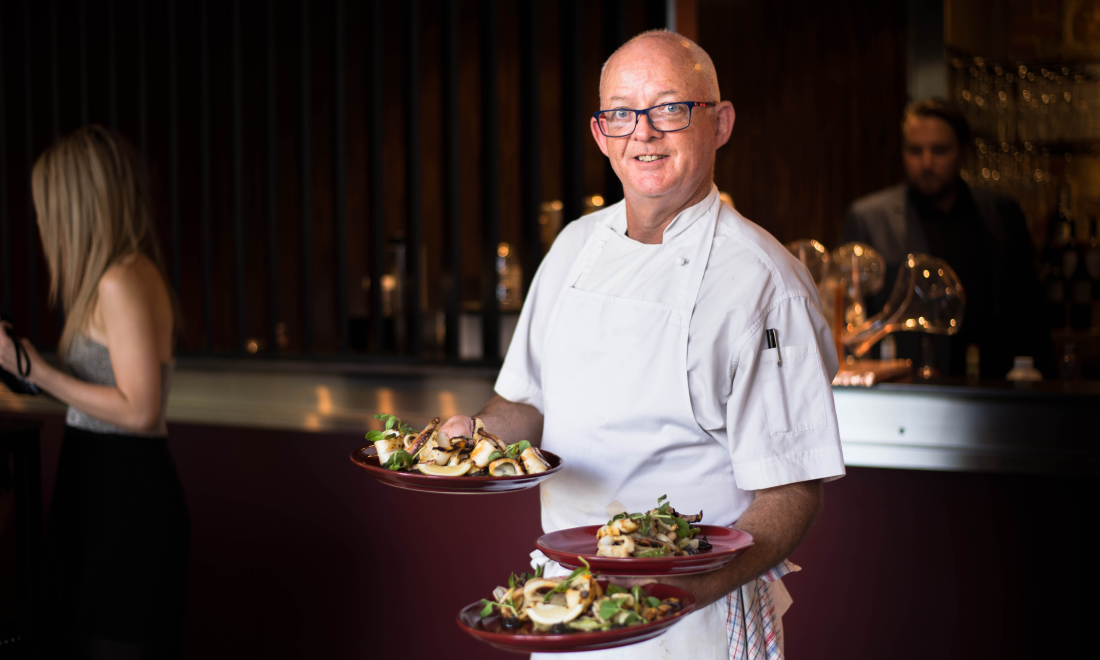 The wine list is equally diverse, featuring upwards of 100 South Australian wines and a smaller selection of international drops.

“Because of the iconic nature of Ayers House it would be remiss of us to not concentrate on South Australia.” McLeod says.

Part of Ayers House’s charm lies in its history as an upmarket restaurant with gueridon food service, and while the old gueridons won’t be part of the general make-up of Henry’s Table, McLeod says they may be brought out on special occasions “to create a bit of drama”. 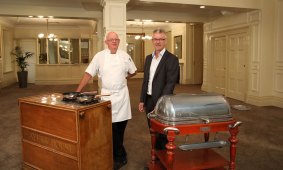 Ayers House dinner offers a taste of things to come

“We don’t want to scare people with them but Paul might come up with a dish that makes the salad to table or sautés the mushrooms at the table just for a bit of a surprise.

“We want people to feel like they’re included, but still add a pinch of theatrics, which maybe is just the ghost of Henry Ayers in the dining experience.

“Some claim Henry is still walking around this house scaring people, so he might actually be sitting at the table with you – you just never know.”

Henry’s Table will open to the public next Wednesday.