He launched his speciality vegan and gluten-free dessert catering business, Nathan Bakes, early last year and the travelling patisserie has popped up at numerous markets and food events since then, including Plant 4 Bowden, Guild Marketplace and regular appearances at Gathered Market.

Nathan Bakes’ next venture will be an Adelaide Central Market producer-in-residence stall, running from August 28 to September 15, where Schubert and his fiancée and business partner Hilary Jones will sell a range of flavoured cupcakes and small six-inch cakes, including his two best-selling flavours, chocolate and peanut butter and the more adventurous strawberry and balsamic.

His usual range features a broader selection of customised wedding cakes, tarts, slices, biscuits and macarons, all of which are made without dairy, honey, eggs, gelatine or glutenous flours. 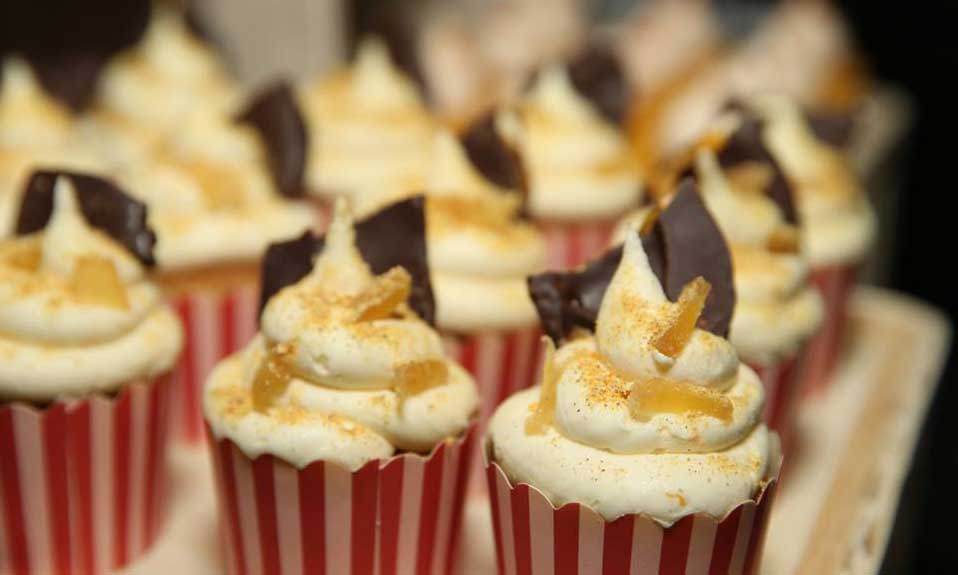 “It all started about 10 years ago when I was doing my patisserie training at TAFE in Regency Park,” Schubert tells InDaily.

“There is just so much out there that is, in my opinion, inedible and should not be served and if it’s not good enough for a non-dietary requirement person it should not be eaten.”

After graduating from TAFE with a Certificate IV in patisserie, Schubert worked in a number of commercial kitchens, including Steven ter Horst’s Unley shop as a pastry chef and chocolate assistant.

“That was a fantastic experience – a lot of the chocolate work that I do on my cupcakes was grounded from what I learnt working with Steven,” he says.

“It taught me a lot about what it means to produce quality cakes and my technical skills also improved just working in that environment.”

While he is not gluten intolerant or vegan himself, he says catering for people with dietary requirements isn’t difficult to do, with replacement ingredients readily available nowadays in supermarkets.

But he says people with dietary requirements still cop a “raw deal” when it comes to dining out.

“There has been a change in the industry in terms of the number of places and suppliers accommodating the people with dietary requirements, but it still depends where you go,” he says.

“There are still some places where you go and you say, ‘I’m vegan’ and they give you a fruit salad, and it’s like, are you serious?

“I think that’s slowly changing though and I have noticed a definite shift for the better.” 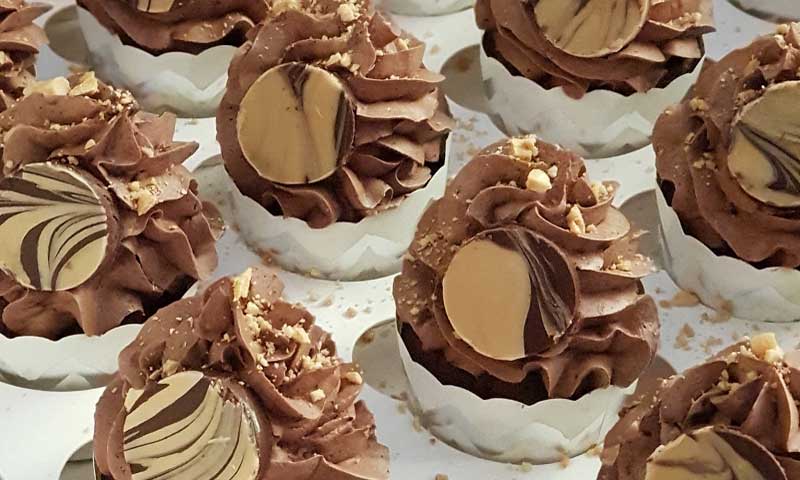 Schubert and Jones currently operate the business from their Morphett Vale home, but they plan on opening a Nathan Bakes shopfront next year with the potential for an “educational component” that teaches budding chefs and patissiers about creating desserts for people with dietary requirements.

“This year is actually a bit hectic for us because we’re actually getting married, so the idea of getting a shop front is a little bit too extravagant for the moment,” Schubert says.

“Looking at the long-term picture, we’d like to grow our brand and even take on some apprentices and do some educational programs that help promote vegan and gluten-free cooking, particularly on the dessert side of things because that’s the area where I think people with dietary requirements miss out the most.

“It could be more like a hobby cooking school or something that’s more professional-focused, it depends where we end up next year and how we see the business grow.”

Keep an eye on the Nathan Bakes Facebook page to see where it will be popping up next.