Max Sharrad from Leigh Street restaurant Shōbōsho has been named Australian Young Chef of 2018 in the prestigious Appetite for Excellence awards.

“Throughout the Young Chef judging competition, Max’s dishes really stood out with the judges on the day,” Mangan said.

“His menu flowed throughout each course and he showed a great deal of creativity and a good use of produce – keeping with a consistent theme. His dishes were of extremely high standard throughout the competition.”

Sharrad, whose prize includes the opportunity to participate in a one-week stage at a “world-leading” restaurant of his choice, is sous chef at Shōbōsho under Adam Liston and has previously worked at Jock Zonfrillo’s Orana.

The awards have garnered a reputation for discovering new young talent. One of Liston’s previous sous chefs at Melbourne restaurants Hare and Grace and The Commoner, Jake Kellie, was the 2015 Australian Young Chef and is now head chef at Singapore’s highly regarded Burnt Ends restaurants.

Two other young SA chefs – Ethan Eadie from  Africola and Beth Patterson from the Botanic Gardens Restaurant – were among the finalists for the 2018 young chef title. 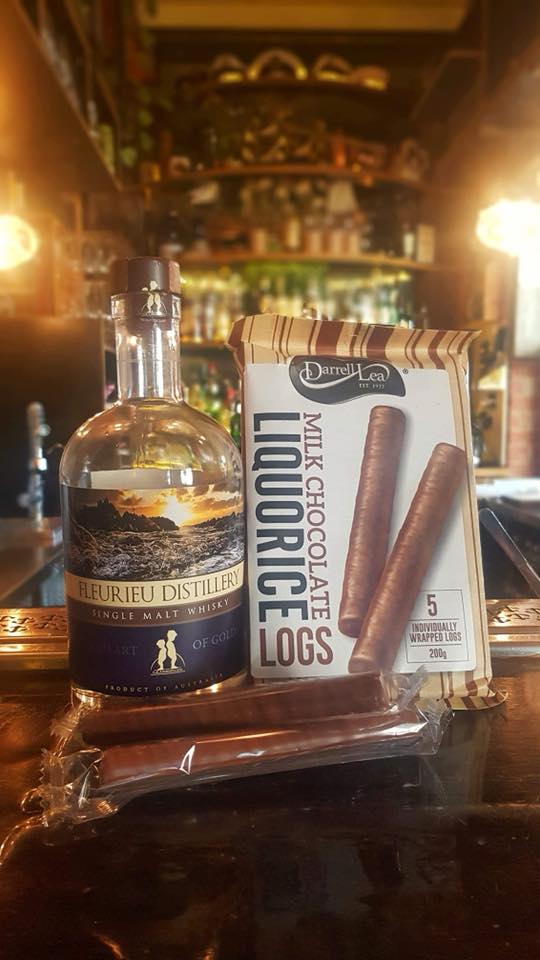 In an initiative the “admiral” (aka owner) Marcus Motteram says is inspired by a desire to make whisky more accessible and less serious, the Gilbert Street small bar is offering all its whiskies with a matched candy or chocolate bar.

The team have found matches for everything from the Crunchie to the Curly Wurly, and one of their favourite marriages is Reece’s Peanut Butter Cups with the 10-year-old Ardbeg whisky from Scotland – “the salty nuttiness and chocolate with the smoky iodine whisky are a match made in heaven”. Local whiskies aren’t forgotten, either, with Fleurieu Distillery’s Heart of Gold paired with Darrell Lea’s Milk Chocolate Liquorice Logs.

Dubbed The Candy Bars Are on Us, the promo will culminate on August 22 with a ticketed “sensory immersion” featuring handcrafted chocolates by Adelaide’s Chocolat by Daniela.

It’s The Stag – but not as you know it

The newly revitalised Stag Hotel – now called The Stag Public House – will be officially launched next Wednesday with a fresh fit-out and vibe.

The historic venue on the corner of Rundle Street and East Terrace is owned by the Maras Group and has been closed since its most recent operator was placed in administration in April, with the team behind East End small bar NOLA in charge of the revamp.

In the launch invitations, The Stag Public House is described as a “fancy pub”, while the Facebook page promises “Froths, Local Produce & Pool”.

It has been reported elsewhere that the hotel restaurant, to be named Charlick’s, won’t open until September.

Watch this space for updates.

Pizza, parmy and beer for a cause

Upping the ante on the Parma for a Farmer initiative, Adelaide’s Antica Pizzeria is promising to donate $5 from every pizza sold this month to help drought-affected farmers.

Owner Anthony Crea said it was devastating to see how farmers were struggling, and proceeds from the campaign would be distributed through the Aussie Farmers Foundation. 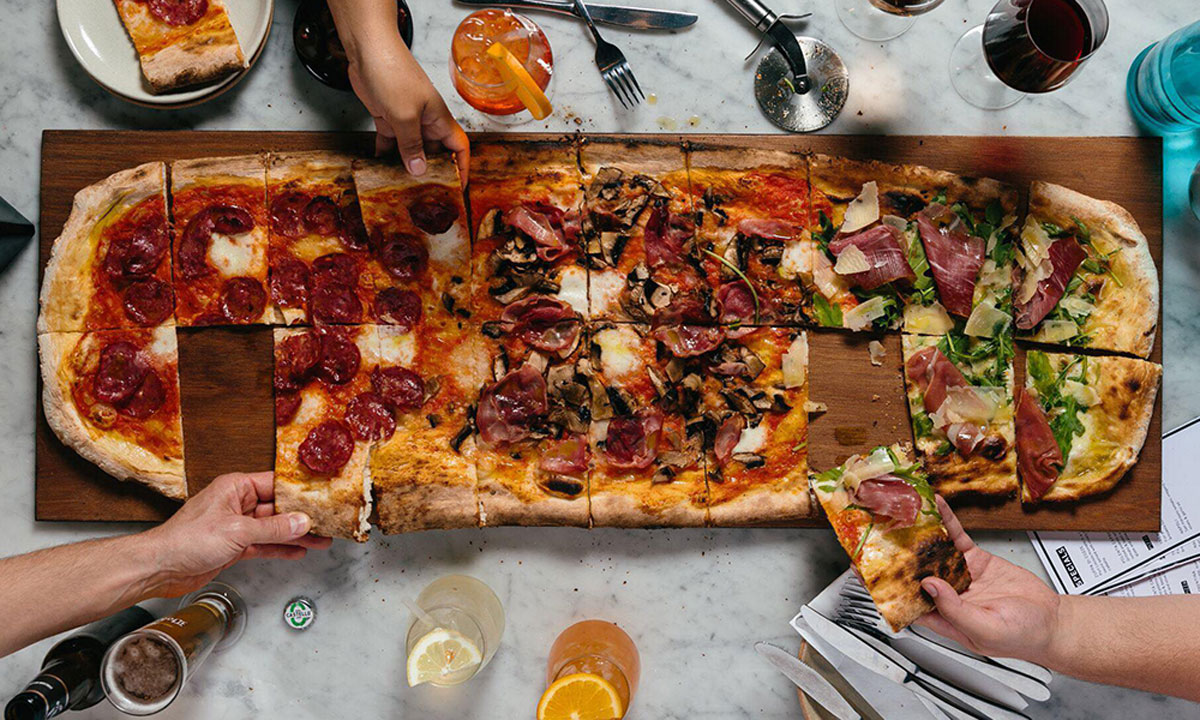 The Parma (they say parma, we say parmi) for a Farmer is a national initiative in which participating hotels donate $1 from every chicken parmigiana sold to the Buy a Bale fundraising effort supporting farmers and rural communities.

Among the many Adelaide hotels that have jumped on board the promo are the Seven Stars Hotel in Angas Street, The Highway Hotel in Plympton, Meadows Hotel, Hahndorf’s The Haus and German Arms, the Elephant and Castle on West Terrace, and The Kentish in North Adelaide.

Hills craft brewery Prancing Pony has launched its own #NoGrainNoFoodNoBeer campaign, donating up to 70 kegs of Indie Kid Pilsener to venues across the country to raise funds for Drought Angels.

If you want to donate direct to the fundraising efforts of the Buy a Bale and Drought Angels campaigns, you can do that here and here. 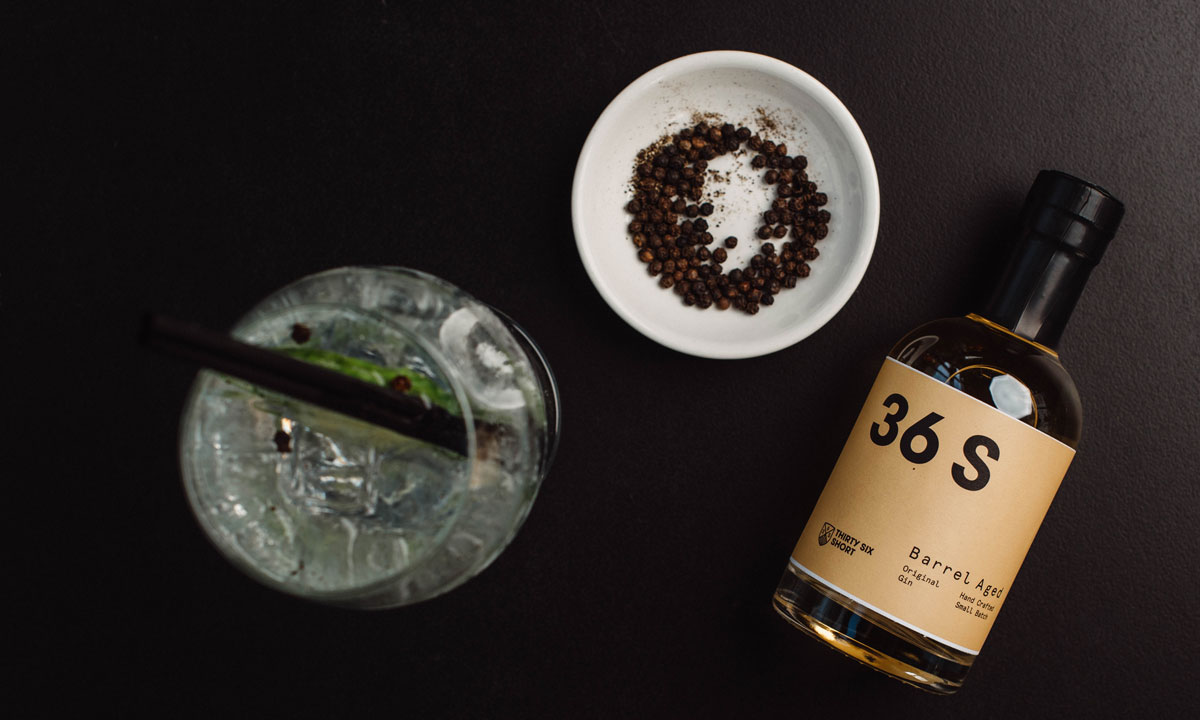 South Australian boutique distillery 36 Short has launched a new barrel-aged gin which it says is ideal for putting a different twist on cocktails – including classics like the Old Fashioned and Manhattan, which are traditionally made with whisky.

Jon Lioulios, co-owner of the label with brother Con, says the golden-coloured gin is aged in American oak barrels, which give it vanilla and spice notes, and would be equally tasty simply served on ice.

“The gin has oak nuances to complement the distinct original gin botanicals, giving it a flavour that’s in a class of its own.”

36 Short launched two years ago with a White and Gold Rakia (an Eastern European style of fruit brandy) created as a tribute to Jon and Con’s Macedonian-born father, Pando.

They have since added to their range with an Original Gin and Blood Orange Gin, with the spirits all recognised with medals at the recent 2018 Spirit International Prestige (SIP) Awards in California.