Eliot Kirby started out at CBD microbrewery Lady Burra as an apprentice last year and was promoted to the top job about a month ago – giving him just enough time to create a limited-edition beer for International Beer Day this Friday.

“It’s a raspberry and honey blonde ale,” the 24-year-old says. “It’s something for spring … I’m trying to push our rotating beers more towards summer now.”

Lady Burra has a core offering of four beers on tap – an India pale ale, pilsner, pale ale and Irish red ale – as well as two rotating beers, which the brewer wants to experiment with more.

Kirby is especially interested in introducing more fruit beers like the raspberry and honey blonde ale, which will be available only until the weekend.

“On the nose it’s very strongly raspberry, and it might sound odd, but when you put honey in a beer you often get banana smells from it, so it’s very fruity. And then the taste of it is quite dry and refreshing – sort of lemonady but it’s got that tartness from the raspberries.

“To me it tastes a little bit like those sour peach lollies.”

Kirby, who has a degree in chemical engineering and was already a keen home brewer in his student days, says it’s the creative aspect of the job that he really enjoys. Next up for the rotating taps he’s considering making a wheat beer with orange peel and coriander, and further down the track he might even experiment with a quince beer.

Each week, the microbrewery produces one or two batches of beer, with each batch providing around 17 kegs.

Demand at the bar is such that there are plans to double the number of beer taps before spring.

Corey Magnus, business development manager for Lady Burra owner the Kidd Retail Group, says other bars are also keen to sell Lady Burra beers, which is one of the reasons the group is redeveloping the Boiler House at the Tonsley Innovation Centre into a brewery.

“This brewery [Lady Burra] is doing fantastic for us but we’re at capacity.”

Magnus says the vision for the Tonsley brewery is exciting, but there is no scheduled opening date as yet, with the development still in the design and planning phase.

“The two breweries will somewhat link together. This might be more of our artisan-style development brewery, whereas Tonsley’s going to be the bigger beast producing more volume…

“We want to move into canning and bottling the beer, too, which we don’t do here.” 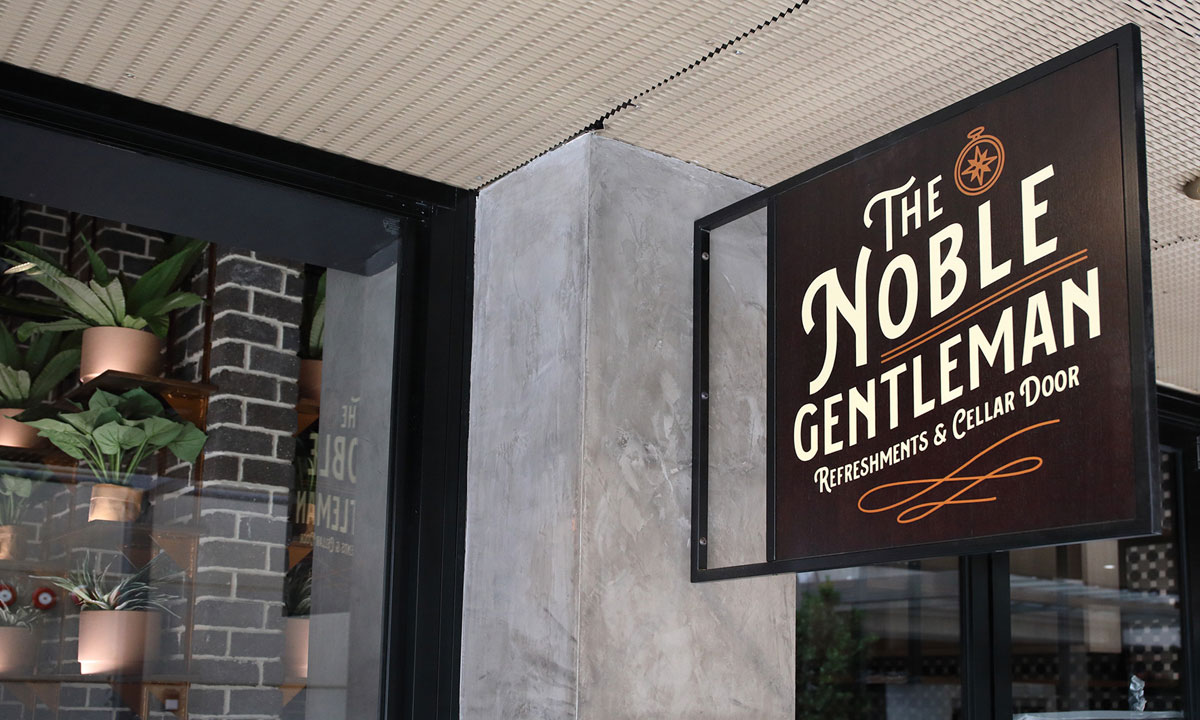 Meanwhile, the next venue to sell Lady Burra beer will be its new next-door neighbour The Noble Gentleman, which will have a soft opening next week and an official launch on August 16.

It is also a Kidd Retail Group project – one of three new venues planned for Topham Mall which InDaily wrote about earlier this year.

Licensed for 120 people, The Noble Gentleman is primarily a wine bar with booth and table seating, a design influenced by natural woods and a dark colour palette.

Magnus describes it as “a very elegant, very romantic-type setting”.

“It’s a pretty unique offer in there … with the fitout that it has and the location that it’s in and the range that we’re showcasing.”

The Noble Gentleman will serve a menu featuring tapas and share-plate-style dishes, and promises to “bring the cellar do to you” by promoting a different boutique winery each month.

“They’re small guys with great wines but they don’t have a cellar door themselves,” Magnus says.

“We just want to collaborate with these people and have that point of different – similar to what we do with Lady Burra, where we have our own beer brewed on-site which no one else in the CBD does.”

The next Kidd venue to open in the mall – probably at the end of this year or early next year – will be the the café-cum-bar Frequency, located next to The Noble Gentleman.

It will be followed by the final venue, Two Suns, a 1970s Vegas and Miami-themed rooftop bar.