Every so often there is a new trend in the dessert world.

Ten years ago it was cupcakes, which challenged cake pops as the most fashionable sweet treat. Then, macarons and the more inventive (or horrific – depending on how you view it) trend of “crazy shakes”.

Now, Adelaide bakeries are celebrating the arrival of flavoured éclairs and croissants, a trend dubbed by food bloggers as a “revival of French baked goods” that satisfies society’s growing demand for variety, wow factor and “Instagrammability”.

The traditional éclair is made from choux pastry and is filled with a chocolate, vanilla or coffee crème pâtissière, then topped with a sugar glaze icing and served fresh. Since the 19th century, it has been a staple in French cake shops across the world.

In Adelaide, Dough in the Central Market is the latest bakery to the look beyond the traditional flavours, introducing pistachio, hazelnut salted caramel and rocky road éclairs to its menu last month.

Pastry chef Megan Bowditch says she was inspired to create the new éclairs after visiting pâtisseries in Europe.

“All throughout Europe they’ve got these places that are just dedicated to one certain product in quite a few different flavours, which is pretty cool – you don’t see much of that in Adelaide,” Bowditch says.

“There are a lot of places in Paris and all throughout Europe who are just selling éclairs in all these different flavours.

“You walk into these places and they just look like jewellery stores.” 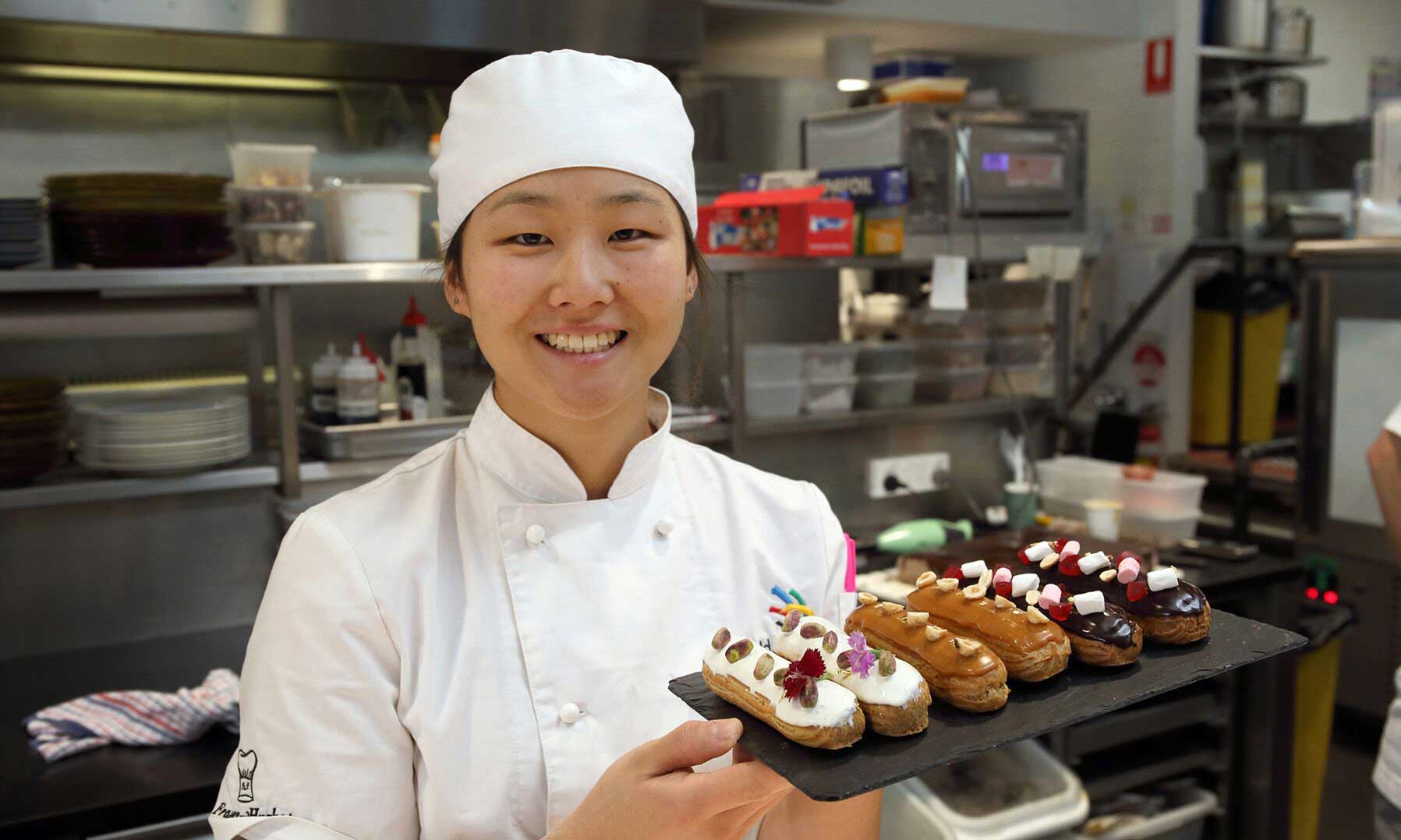 “In terms of the flavours, in a lot of ways they’re still quite basic and common to what people would know,” Bowditch says.

Bowditch says the bakery is now looking to expand its éclair range .

“We were thinking of introducing some Asian flavours, something like sesame or macha, playing around with those sorts of things because they’re quite popular at the moment.”

Goodwood Road bakery Boulangerie 113 sells chocolate, vanilla and coffee éclairs during the week and a special flavoured éclair every Saturday. Its new pastry chef, Simon Bouche, who started working at the bakery in April, introduced a Bounty éclair for his first month’s rotation.

“It isn’t overly sweet – he uses coconut and more of a cocoa chocolate, so it’s a little bit different to the chocolate bar version,” says Boulangerie 113 co-owner Bianca Heffernan.

“A lot of people are trying to be really eclectic with their range and they’re trying to put out crazy new flavours, which is what younger demographics like, but for us we’re trying to keep it a little bit more traditional with just a few things different.

“We have a lot of people and tourists visiting from Europe and America and they really love to just have products that are as close to what you can buy in France as possible.” 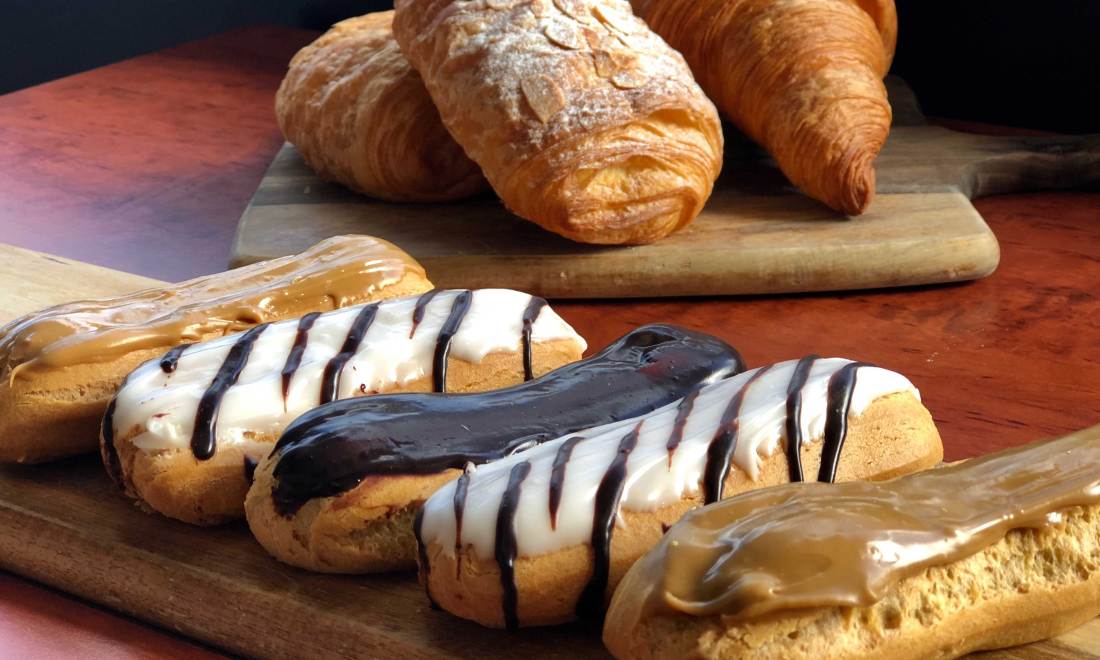 Boulangerie 113 has also started selling a new “double-baked croissant” made using an almond paste and syrup.

“It’s something that’s quite popular in France at the moment,” Heffernan says.

“Simon will get a croissant that has already been baked, he’ll cut it in half and fill it with an almond filling and top it with the same filling. He’ll then dip it in syrup before baking it again.

“It’s quite indulgent but it’s been really popular so far.”

Earlier this year, the former macaron and pastry supplier to Larry and Ladd, Please Say Please and Coffeelosophy launched a new chocolate bar line, which he began selling at FRED Eatery in Aldgate. Crawford is currently on hiatus in Italy, but plans to return to Adelaide by July to open his own pop-up patisseries around Adelaide.

“I love creative pastries with different flavours and textures that make you dive into nostalgia,” Crawford says.

“I will be bringing back the Golden Gaytime in a croissant (featured in the video below), filled with honeycomb crème, dipped in chocolate glaze and coated in homemade crunchy biscuit crumbs.”

“I’ll also be adding a new croissant pastry which I have picked up here in Italy, but that’s a secret.”

Crawford says while there is a “time and place” for traditional pastries, he also believes there is a demand for more creative flavours.

“I’m a child at heart, so I love creating fun, colourful and tasty things. I also like a challenge and the opportunity to create something unique.

“It’s a competitive market – I want to do something different that tastes amazing, while using the best produce I can source.”