Hubba Hubba Hummus has already had a couple of successful recent outings – including at WOMADelaide, where it sold more than 240kg of hummus – and has several upcoming events in its sights.

“The four of us met at Nook Nosh – they were coming in regularly and we became really good friends and have been hanging out ever since,” Stone says.

“We started making hummus a lot when we got together.

“We all love cooking … we would always bring yummy things to each other’s places when we would put on little dinner parties, and hummus was one thing we all loved.

The friends felt that despite the fact most people like hummus, it was generally under-rated.

They are all well-travelled, and their vision for Hubba Hubba Hummus was inspired partly by the fact that in Middle Eastern countries it is often served as the basis for a main meal shared by family and friends, rather than simply a snack.

Stone says Hubba Hubba Hummus uses hummus as the centrepiece of its offerings and pairs it was other ingredients “to create layers of loaded flavours”.

A favourite menu item at WOMADelaide was its Hummus B’Lahme – hot spiced minced lamb served on top of the hummus, with pomegranate seeds, pomegranate molasses, parsley and extra-virgin olive oil. 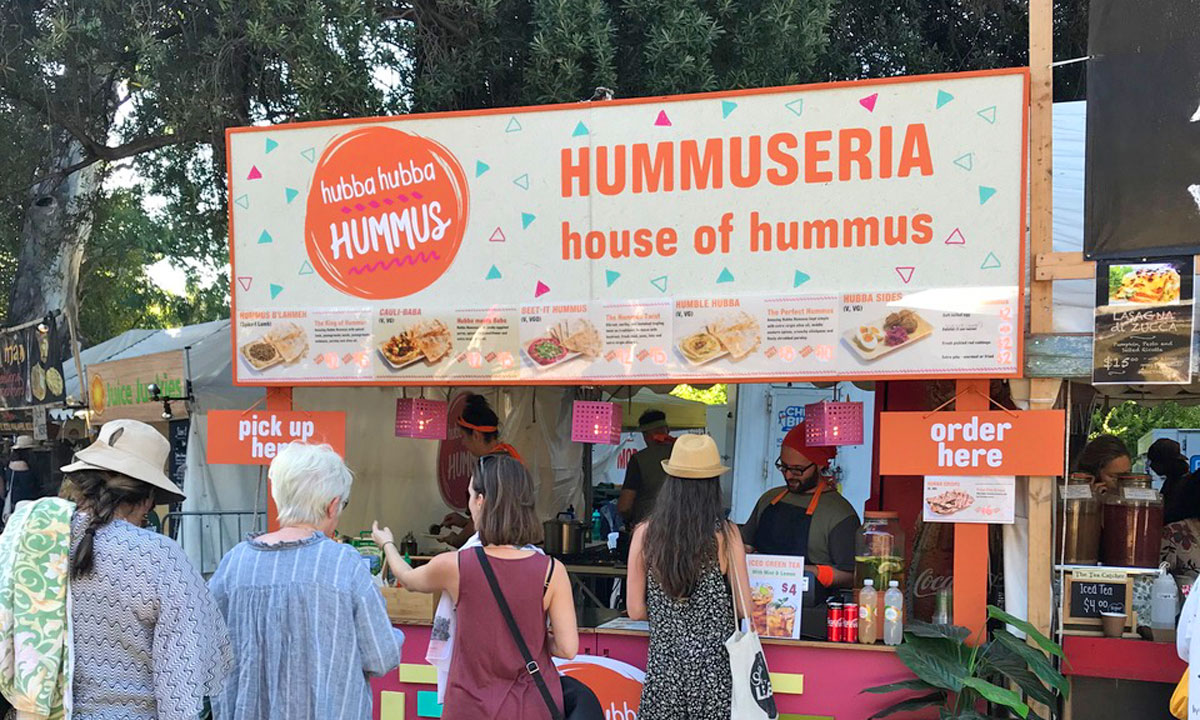 “It’s a mix of hummus and baba ganoush and cauliflower. We get our beautiful hummus and put some smoked eggplant puree on it, with spiced fried cauliflower, a little sprinkling of paprika and some parsley and olive oil.

“We also do a beetroot hummus which we top with minted peas and feta and fresh mint, which is really popular as well.” 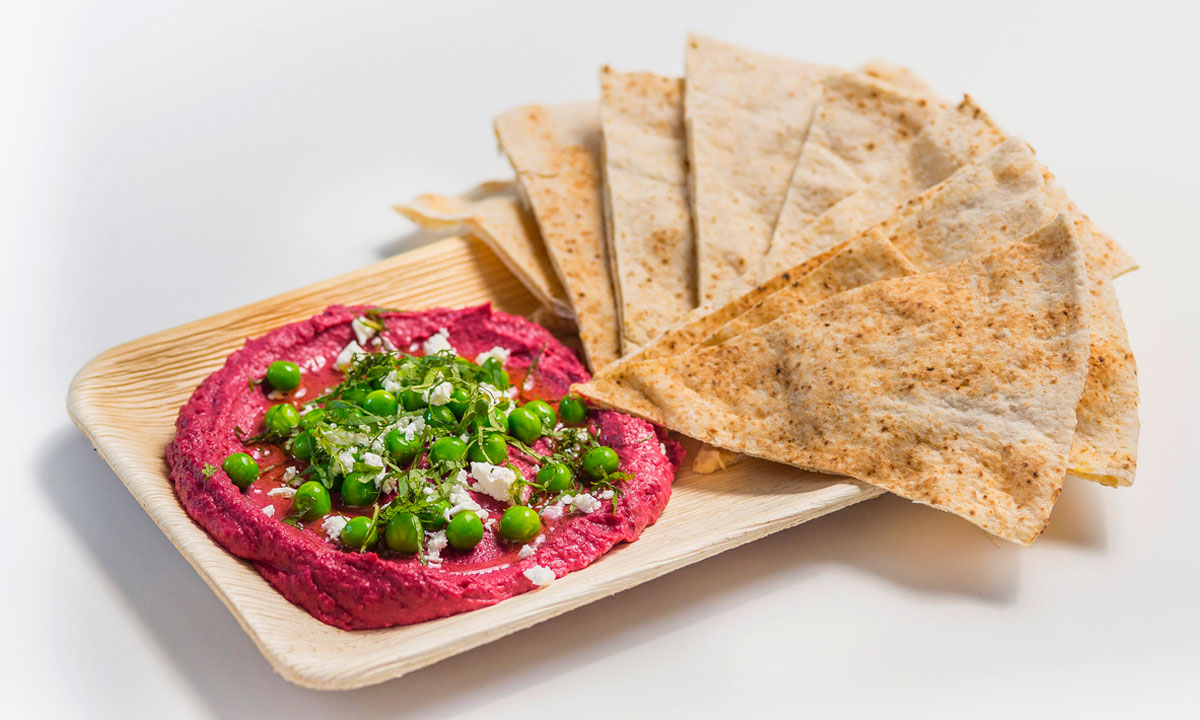 The dishes are all served with warmed pita bread from the Adelaide Lebanese Bakery, with side offerings of falafel, boiled egg and picked red cabbage.

Hubba Hubba Hummus sells its dishes from a custom-built food stall – the “Hummuseria” – and has applied join the food offerings at a number of upcoming events including the Adelaide Cabaret Festival, Port Adelaide’s Winterfest and the Vegan Festival. Stone also believes it would be well-suited to events at wineries and wine festivals.

Longer-term, the business owners are considering how they could package their foods to sell them as a take-home product.

“We’ve had some really good feedback, so hopefully we can keep the momentum going and grow it further,” Stone says.

Meanwhile, keep an eye on Hubba Hubba Hummus’s Facebook page to see where it will be popping up next.