Hugo + Hunter Strawberry Cider is produced by Hamilton Walker from fruit grown on his Mylor and Woodside farms.

“Hugo + Hunter is named after my sons and I believe it’s the first and the only strawberry cider available at the moment,” says Walker.

“I believe someone else has tried making it in Victoria, but it hasn’t been available for a long time.”

Swedish cider producer Rekorderlig makes a strawberry and lime cider, but Walker says the strawberry component is an additive rather than a major ingredient.

“I had been a cider drinker for a couple of years and then two and two came together and I thought we should be giving our fresh produce a go,” he explains.

“I started experimenting and then partnered up with Daryl Catlin from Catlin Wines, who makes Sidewood Cider.

“We tried making it with 100 per cent strawberries, but the flavour I was after wasn’t coming through.

“Strawberries are naturally acidic and the cider was coming off with a stronger character; it wasn’t getting that ripe cider flavour I was looking for, so we added some apple juice – apple tames that full-strength strawberry flavour out of it, making it a more drinkable mix.” 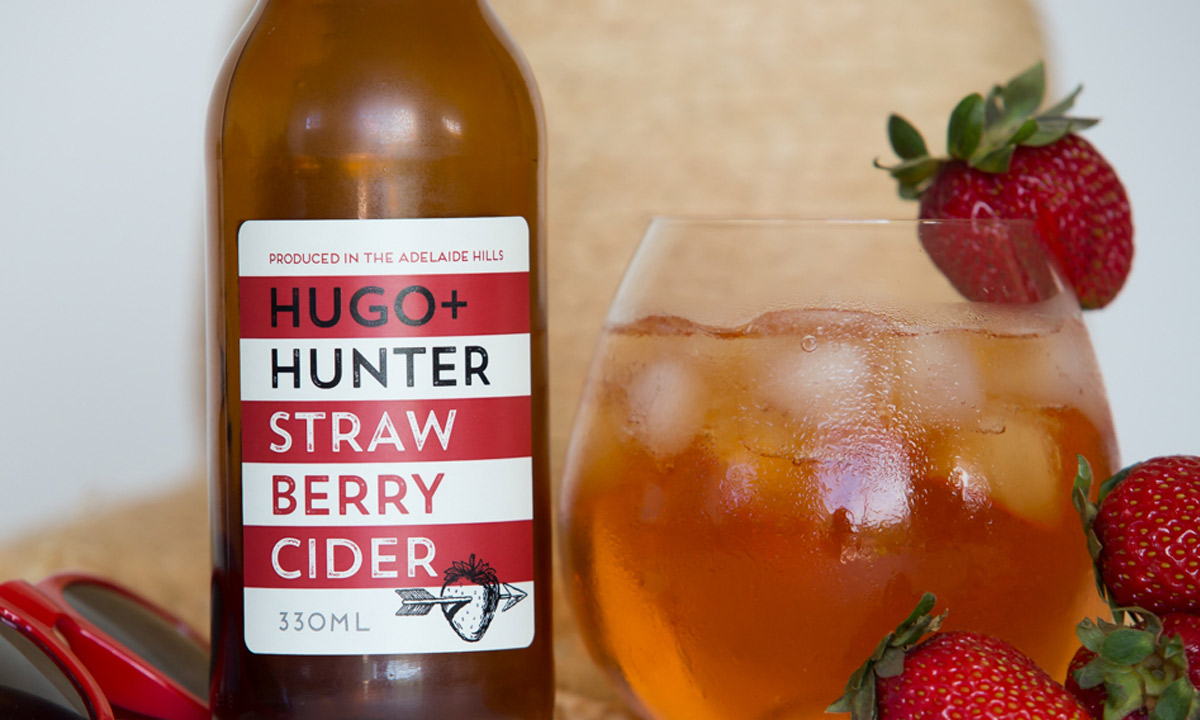 “We put down about three tonne of strawberries into the basket press which produced close to 5500 litres of rich red syrup with the most amazing aroma,” says Walker.

“We started in around February-March this year and we bottled around April-May. It’s been out for about five to six months, but we’ve only just launched this month.

“People say it’s like drinking strawberry jam – you can smell the full strawberry flavour as soon as you open the bottle.

“You can drink it by itself or add some ice and a slither of lime. People have also used it as a mixer with gin and vodka.”

The first batch of 17,000 bottles of Hugo + Hunter Strawberry Cider is available at the Stirling Hotel, the Lion Hotel, the Highway, East End Cellars, the Edinburgh, Bank Street Social, The Haus in Hahndorf and My Kingdom for a Horse.

The Stirling Hotel is hosting a tasting of Hugo + Hunter Strawberry Cider this Sunday, December 20, from 2.30pm to 5.30pm.