More and more South Australian winemakers are moonlighting as distillers as our thirst for boutique gin increases.

More locals have followed suit, with Adelaide Hills’ wine and perfume makers Brendan and Laura Carter (Unico Zelo) releasing their small-batch Applewood gin a few months ago, Antipodes Gin (made by a Victorian/South Australian collaboration) becoming available in August and the Prohibition Liquor Company (also Adelaide Hills-based) just weeks away from release. Word has it that another two distilleries at Victor Harbor and on Kangaroo Island are currently awaiting approval.

And with a growing number of small bars and restaurants, such as Hains and Co, Howling Owl and the Salopian Inn, specialising in boutique gins, there are many opportunities for producers and enthusiasts. 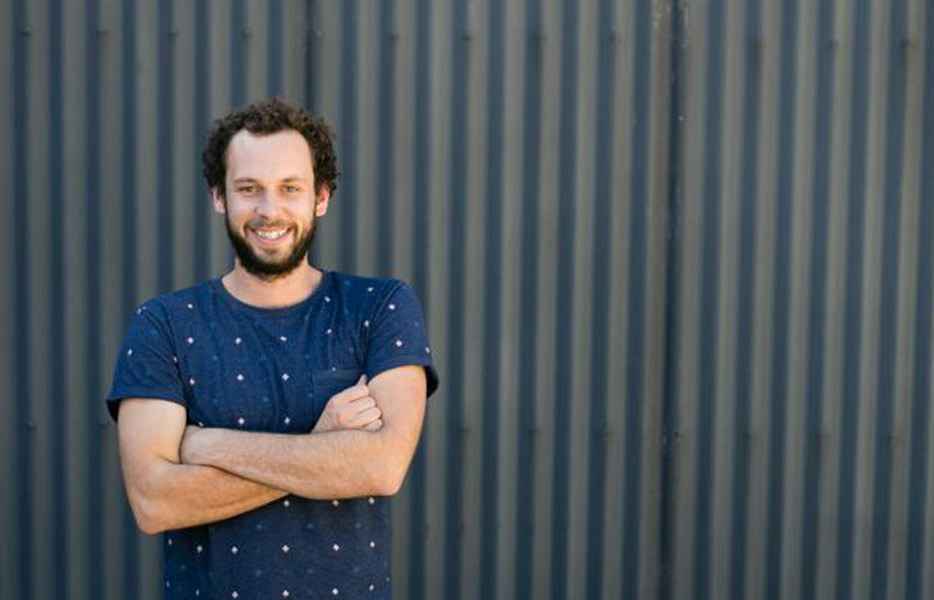 “It’s very exciting,” says La Forgia. “It’s going to be a serious industry in a couple of years. As the market grows, so will the number of distilleries and there are lots of winemakers who can easily cross over.”

La Forgia started distilling as a hobby almost 10 years ago when he was 18 years old.

“I learnt about it in chemistry at school and had a still in the laundry at home,” he says. “When I left school I studied winemaking and then went travelling, chasing vintages in Canada, America, Chile, Germany, France, New Zealand and Australia, working in wineries and checking out distilleries, building my knowledge and palate for spirits.

“Two years ago I went to work for a friend of a friend who owns a grappa distillery in Friuli in Italy. He gave me the confidence to start on my own. 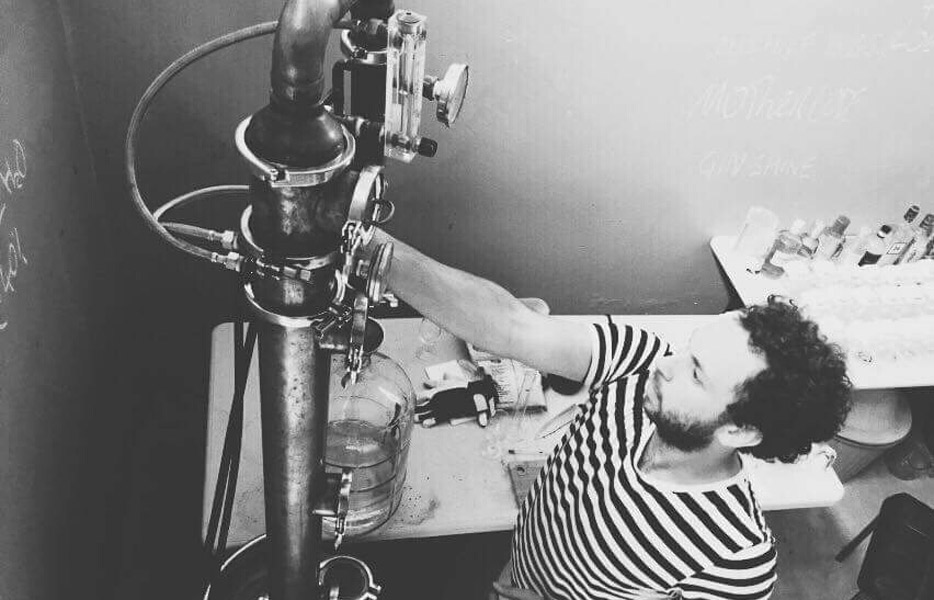 “When I came back to Australia, I built a still – a lot of the equipment you need is similar to winemaking equipment – and all my time outside of my work as a winemaker was spent getting the distillery up and running before the Crush Festival in January this year, when I released my first batch.”

“It’s my take on the classic London dry gin, which is juniper and coriander dominant, but I’ve tried to bring it into the new era of distilling, with more interesting and complex aromas and flavours.” 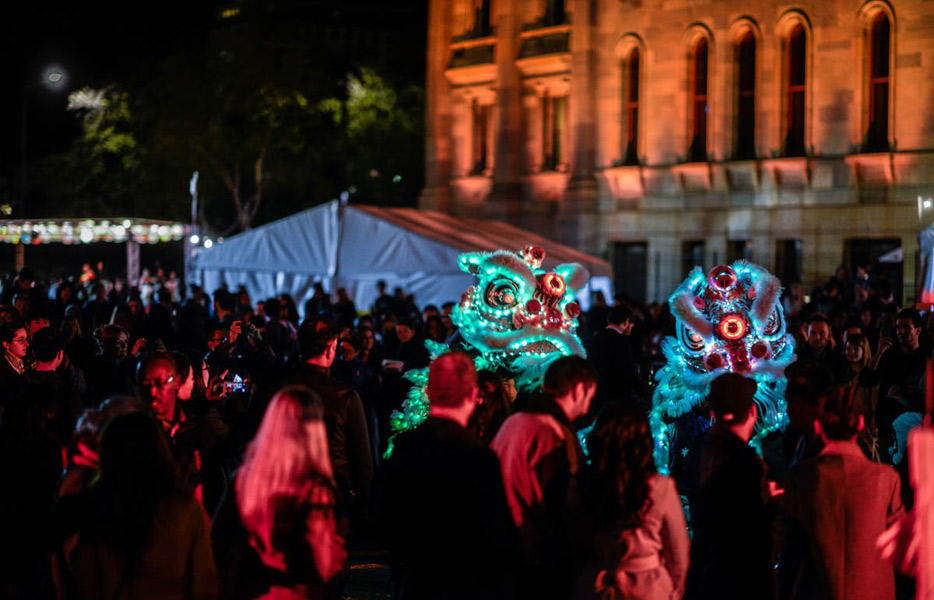 The Night Noodle Markets, part of this year’s OzAsia Festival, have attracted more than 80,000 visitors to the Festival Plaza.

The markets offer free outdoor entertainment by OzAsia performers, as well as all the theatre of the Asian food vendors firing up their woks and charcoal barbecues to prepare signature dishes for the crowds.

Entries are still open for InDaily’s foodie photo competition for a chance to win a Madame Hanoi voucher and a night at the InterContinental Adelaide. Send your favourite food pics to competition@solsticemedia.com.au for possible inclusion in our Night Noodle Markets gallery next week. Remember to include your name, phone number, the name of the dish and the name of the stall you purchased it from. See Terms and Conditions here or check out our Facebook or Instagram for more details. 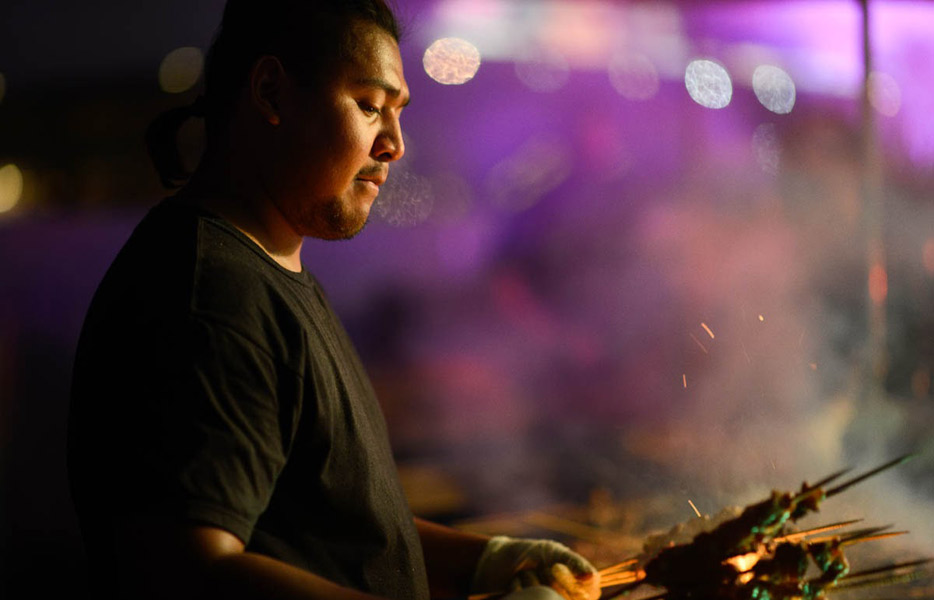 And don’t forget to visit the InDaily lounge to post your “Fortune for Adelaide” and pick up an OzHarvest fortune cookie. The Night Noodle Markets runs until Sunday from 5pm until late on week days and from 12pm until late on weekends. Entry is free.

After a recent trip to Thailand, Sukhumvit Soi.38   chef Terry Intarakhamhaeng has brought some recipes home from the stallholders on the famous street-food strip from which his Pulteney Street restaurant takes its name. Now he is preparing a birthday banquet menu for October 18.

Frank Hannon-Tan (also of Mother Vine wine bar) has carefully matched the menu with seven South Australian wines. The dinner is a one-off event; tickets cost $85 per head and are limited to 50 people. Bookings can be made by calling the restaurant on 8223 5472. 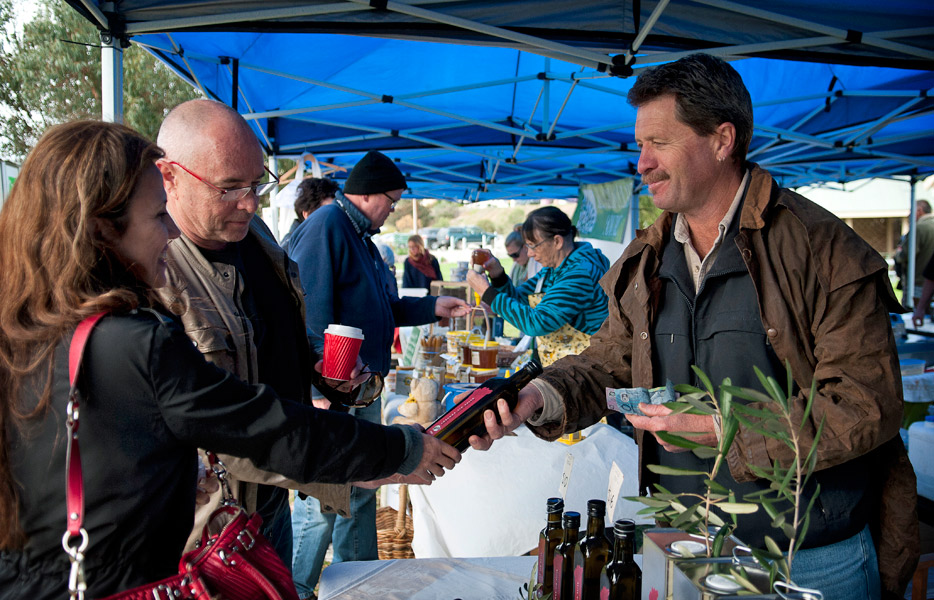 SeaLink has partnered with Kangaroo Island Wildlife Safaris to offer a food, wine and wildlife experience on the first Sunday of each month to coincide with the market days.

After getting off the ferry, participants spend the morning at the markets tasting the olive oils, wines and honey produced on the island and meet the people who make them, before taking a three-and-a-half-hour scenic and food and wine tour of the Dudley Peninsula on the eastern end of the island.

Tours depart Cape Jervis at 10am and return from Kangaroo Island at 5.30pm. Tickets are $112 per adult and $92 per child including the return ferry and coach tour. More information can be found here.

In a regional collaboration between the Eyre Peninsula and the Clare Valley, a program of food and wine events will be held in the Clare Valley this month, with restaurants and wineries showcasing seafood and Riesling.

A highlight of the program will be a large public event on the lawns at Sevenhill Cellars with live entertainment and a Riesling bar with more than 20 local wineries pouring Rieslings matched to seafood dishes prepared by the regions’ chefs.

Other events include a seafood masterclass at Taylor’s Wines, an interactive tasting at Terroir, and a seafood breakfast degustation at Paulett Wines’ new Bush Devine café.

The full event program can be found here.

This week at the Adelaide Farmers’ Market – rocket 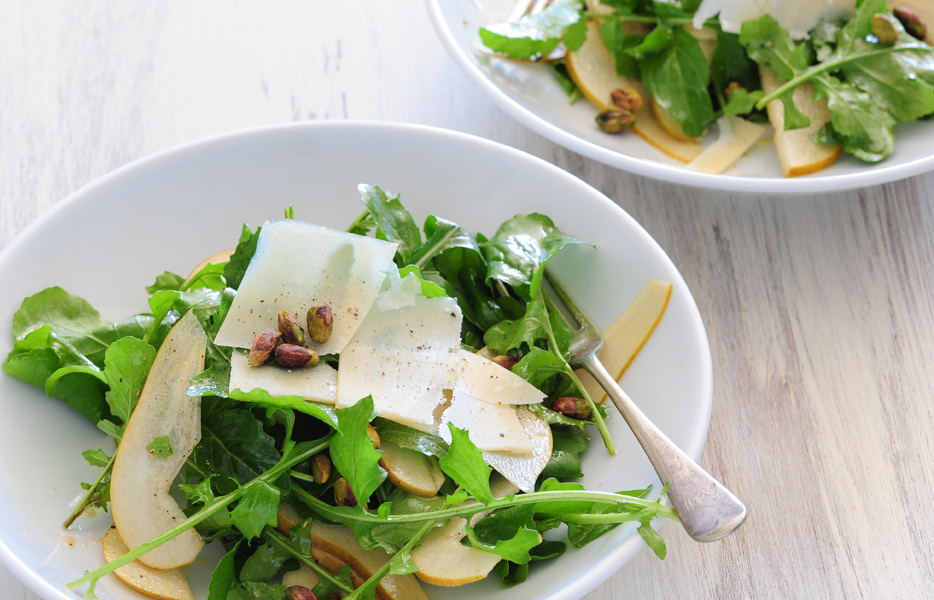 Rocket is usually eaten raw, but is also delicious cooked. It is a popular salad base that pairs well with most foods and is often used in modern Italian food, such as pasta, red and white meat dishes and as a pizza topping.

The best rocket to purchase is bright green in colour with a fresh smell. To store, wrap it in paper towel then store in a plastic or paper bag in the fridge.

A favourite dish for spring is a rocket, pear and parmesan cheese salad. Slice one pear thinly and place in a bowl with three cups of rocket and add ½ cup of shaved parmesan. Mix 2 tbsp olive oil, 2 tbsp fresh lemon juice, 2 tbsp balsamic vinegar and 1 tbsp Dijon mustard then pour over the salad.

Adelaide Farmers’ Market birthday celebrations – October 4
The Adelaide Showgrounds Farmers’ Market is celebrating its ninth birthday with a family day on Sunday from 9am to 1pm including a free bouncy castle, giant games, free balloons and cup-cake decorating, as well as live music from the regular market buskers.

Asiafest – October 2 to 11
Food and cultural festival Asiafest will return to Rymill Park for 10 days this year, showcasing more than 20 of Adelaide’s restaurateurs in pop-up food stalls reflecting an Asian street market ambiance and the culinary delights of countries such as China, Thailand, Vietnam, Korea and Japan.

Classic Adelaide Rally Fleurieu Leg – October 16
Watch the cars racing by while you sit back and enjoy lunch at Leonards Mill from a menu designed to showcase the produce of the Fleurieu Peninsula. There will be live entertainment by Garry Isaacs, and local artisan craft and food stalls to browse. Lunch is $65 per person (including food and entertainment). To book your table, email jane@leonardsmill.com.au

Vale Cru annual tasting – October 18
Discover more than 50 premium small-batch wines from 15 McLaren Vale winemakers at The Victory Hotel, Sellicks Beach. Enjoy tasting, cocktail food and a presentation by SALA South Australian Artist of the Year Giles Bettison. Tickets ($20 for members or $40 at the door) and further information can be found here.

2015 Vale Brewing CheeseFest – October 23 to 25
Now in its 10th year, CheeseFest has grown from a grassroots fair celebrating cheese to a three-day festival with a national following where visitors immerse themselves in SA’s cheese culture with tastings, talks, cooking sessions and picnic trails. The full program and tickets are available here.

Fermentation for Health Workshop – October 28
Gut Feeling and Dirty Girl Kitchen are holding a fermentation workshop to teach participants how to produce probiotic rich fermented vegetables and beverages, including sauerkraut, kimchi, ginger beer and kombucha, at Entropy café in Thebarton. Cost is $65. More information can be found here.

Beer and Bubbles – November 7
This new boutique beer and sparkling laneway event in the East End will showcase more than 50 local craft beers, South Australian sparklings and a selection of international champagnes with tastings, street food and entertainment between 1pm and 6pm. Tickets are $35 per person. Bookings can be made here.

Picnic at Marble Hill – November 22
Tickets are now on sale for this one-day festival of artisan wine, food and music from the cool heart of the Adelaide Hills. A group of Adelaide Hills wineries and cider makers will showcase their drops alongside a range of local food producers against the stunning backdrop of the historic Marble Hill ruins. Proceeds go to the Cora Barclay Centre for deaf and hearing-impaired children, the Basket Range Primary School and the Cherryville CFS. Tickets are $15 for adults. More information here.