“Small in stature but amply built in her offerings” is how The Olfactory Inn owners Simon Burr (head chef) and Lauren Alexander (front-of-house) describe their Strathalbyn restaurant online.

The pair renovated the main-street cottage with the vine-covered verandah in 2015, installing a commercial kitchen and lounge-like dining spaces where they have won over locals, visiting diners and critics with an innovative seasonal menu that champions SA produce – from quail and cockles to Coorong carp.

Now, Burr and Alexander have put it on the market. 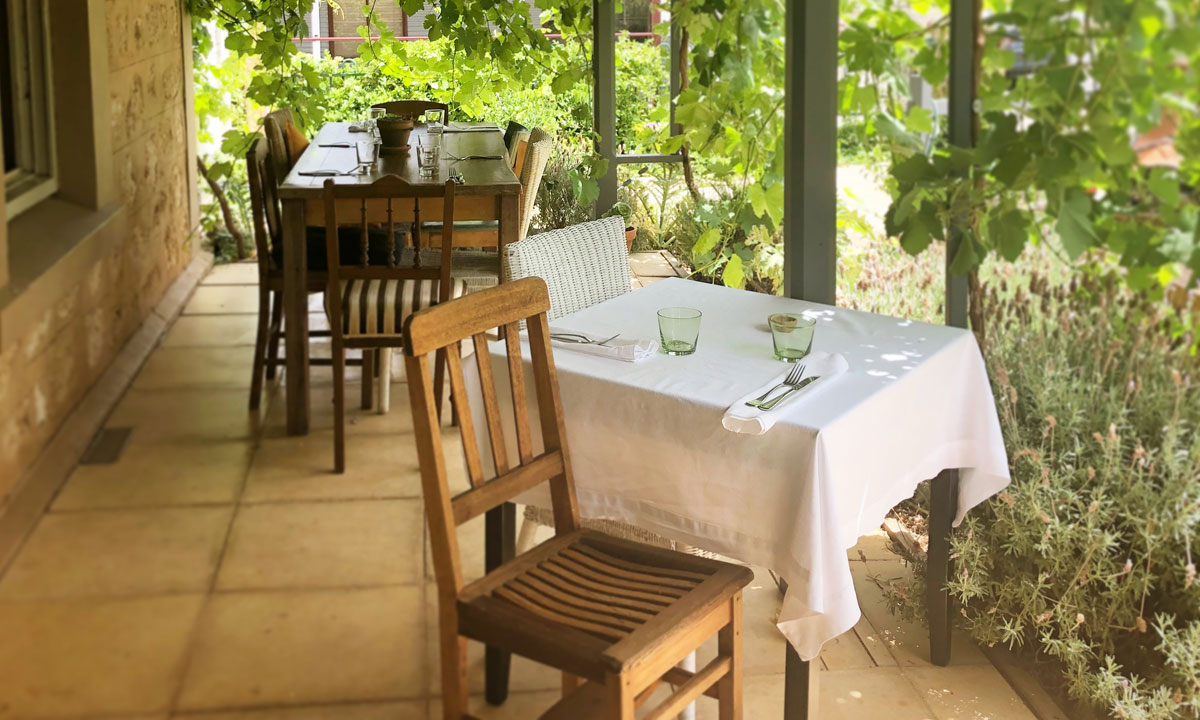 The two ended their personal relationship amicably around a year ago and have continued to work together in the restaurant, but told InDaily they had decided it was time to sell up and move on while the business was going so well.

“We have had a good time here and it’s been a success for us but we wanted to draw a line in the sand … it’s good to finish on a high,” Burr says.

The listing describes it as an intimate licensed establishment offering seating for 30 people inside and 30 outside on grounds with “significant fruit trees and garden beds”. It is currently open four days a week for lunch and dinner, offering a five-course “feed me” menu for groups as well as the à la carte menu.

While Burr intends to stay in the area, he doesn’t have any firm plans for the immediate future: “It’s one of those marvellous times in your life where you just throw the seeds to the wind.”

Alexander, who was previously a coffee roaster at De Groot Coffee Co, now works part-time as a nurse but says she will still keep her hand in the food and wine world.

The Olfactory Inn features in a recently published new guide to ethical and sustainable eateries in Australia (Truth, Love & Clean Cutlery), and both the owners say a highlight of their time at the restaurant has been working with local producers and educating diners about the provenance of food and the creative ways it can be used.

“The community has really embraced it,” Burr says. “It’s just been a good experience from start to finish.”