Spaghetti Crab, which opened just over a week ago at 47 O’Connell Street in North Adelaide, is said to be the first restaurant in Adelaide to feature only one dish – spaghetti in a gorgeously thick tomato sauce with chunks of whole crab on top, a bowl of chopped fresh chilli and more sauce on the side.

It’s messy in the extreme, though plastic bibs are provided, along with a succession of finger bowls, napkins and scented towels – they’d probably even arrange a shower out the back if you needed it. But it’s so delicious it’s every bit worth it.

Although the menu has one dish, there is an unlisted non-crab alternative of spaghetti aglio olio. Good oil, garlic, fresh chilli, grated parmesan and the best pasta. Rustichella perhaps, or Martinelli?

“No”, says Lauro Siliquini, one of Ventura’s partners here as well as at Ruby Red Flamingo around the corner and Tony Tomatoes pizza joint up the road.

“It’s San Remo. But we cook it properly.”

That means not just to the minute but almost to the second, allowing for the extended cooking time as it sits in its sauce on the plate, arriving at the table perfectly al dente, that point many of us strive for but just miss.

The wine list is similarly spare – one red (a Montepulciano from Abruzzo), one white (Pecorino, also Abruzzo), one sparkling (a Veneto prosecco), all at modest mark-ups.

We probably shouldn’t tell you about the dessert, also unlisted. Perhaps a state-of-the-art tiramisu?

“You’re not even thinking on the right page,” says Lauro.

No, we weren’t. It’s a Peter’s Drumstick – “made especially for us by the nonnas at the Peter’s factory”. And you have to laugh because it’s perfect and it works with the slightly crazy, iconoclastic style of the place. 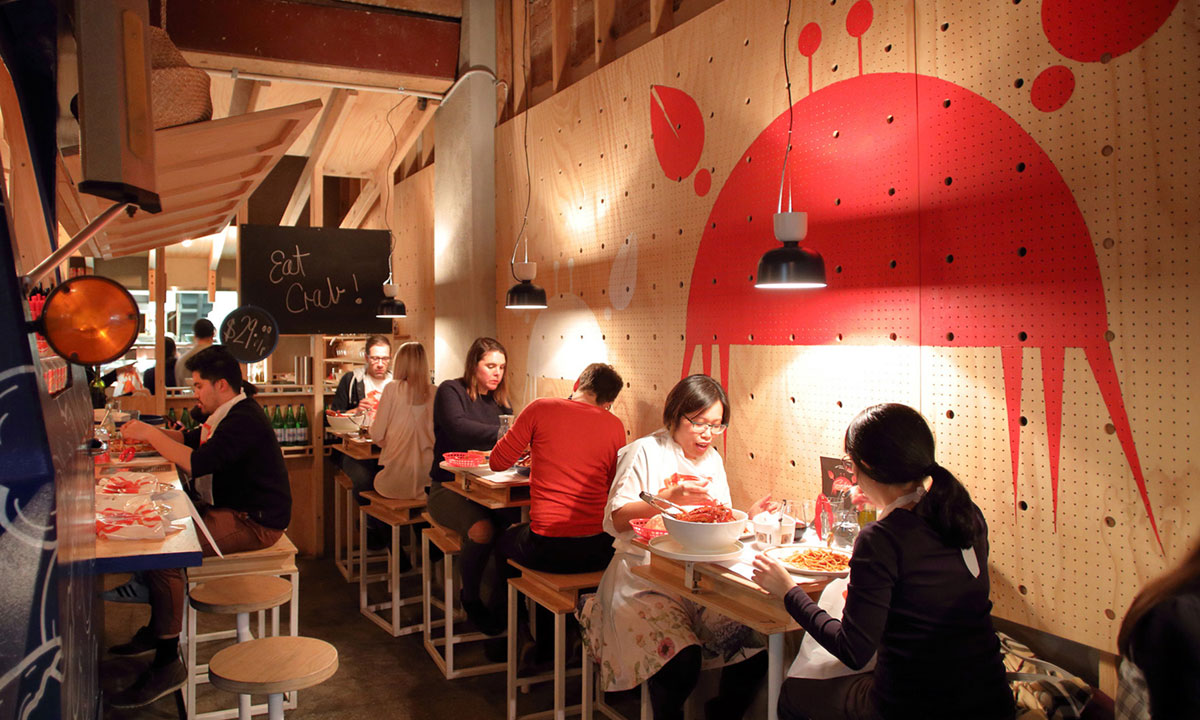 The point of all this is that everybody seems to win. For a start, it’s a restaurateur’s dream: the simplest of menus means less food waste and multiple economies; the wines could easily be made to order by one of our gifted Italian winemakers, cheaper and possibly better than the imports, with savings passed on to the customer – as with the food.

For the customer, there are those potential savings and no indecision about what to eat – for there is no choice, and they know that this one dish is the absolute best the restaurant can produce. It will have to be exemplary. As one staffer said, if you can’t make one dish really, really well, you might as well close your doors.

Little wonder, then, that the place has attracted some hugely experienced talent – not least of all Walter’s father Vic Ventura, a legend among Italian restaurateurs in this city, who was there on the floor and whose wife, Carmela, provided the family favourite recipe.

Including Lauro, and George Belperio and Lenny Caputo, there must have been at least 200 years of restaurant experience on the floor on night six. And they were loving it – for them this was almost a distillation of everything they’d learned over those years. They were having fun.

Already there’s speculation about the next dish. It won’t, in fact can’t, always be crab. It could be meat balls, or vongole, perhaps a ragu. Always a favourite recipe, but it will absolutely have to be the best they can do. A one-dish wonder. The question Walter is now asking is: Will we buy it?

As we left, a passing comment to Lauro:” You’re on to something here, Lauro.”