Bamboo House at Ingle Farm Shopping Centre was the first Filipino eatery to open (in 1994), followed almost 20 years later by Tita Kay’s at Holden Hill and Salo Salo on Henley Beach Road at Thebarton. They all offer traditional Filipino dishes to a mainly Filipino clientele.

For the uninitiated and less-adventurous diners, the cuisine can be a challenging experience.

As Adelaide diners’ interest in Asian street food has increased, a new generation of Filipino restaurants located closer to the city centre has emerged in the past 12 months, with a more approachable and modern edge celebrating the Filipino predilection for relaxed communal dining and plenty of San Miguel beer.

The original Tita Kay’s actually started as a catering outlet and grocery store for the local Filipino community, with a few tables and a limited menu. 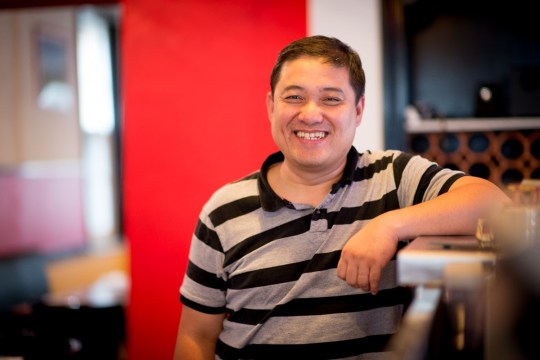 “Tita Kay means ‘Auntie Kay’ and when the owners, Pergie and Raquel [Kay] Llorando, found there was growing interest from people outside the Filipino community they decided to shift the restaurant to a location closer to the city,” explains waiter Andrey Logan.

“We have been open here since October and we just got our liquor licence through three weeks ago.

“We just got the Filipino beer Red House in – it’s very strong [8 per cent alcohol], so you need to watch it – but it goes very well with the spicy Pork Sisig.

“We get mainly Aussies who have travelled to the Philippines requesting special dishes – on Friday, Saturday and Sunday nights we are packed.” 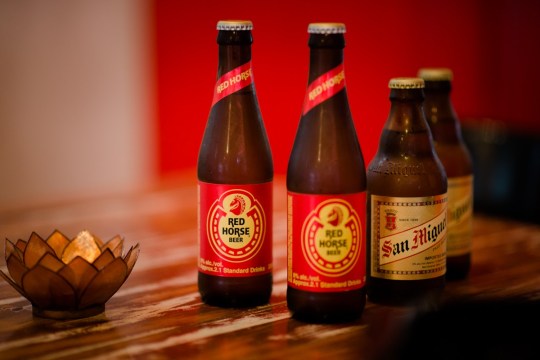 Favourite dish: Okoy ($6). Okoy is believed to have originated from the Laguna region south of Manilla, where it is traditionally served as an afternoon snack. At Tita Kay’s it is offered as a starter dish with three tasty and a-little-too-crispy fritters of pumpkin, shrimp and bean sprout omelette. These are served with a sweet and sour dipping sauce of vinegar, chilli and onion, which helped to balance the oiliness and lift the flavour. At close inspection of the fritters, the tiny whole shrimp are discernible. 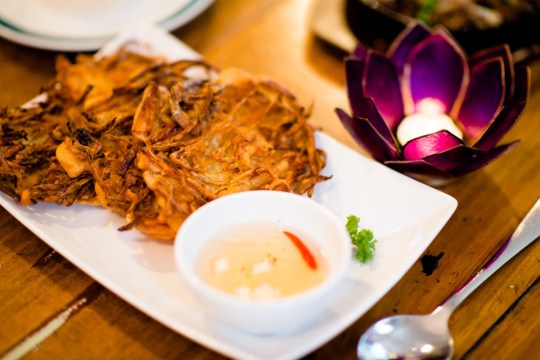 Other dishes: Pork Sisig ($16.90). Originally from the northern regions, where it is made with pigs’ heads and pigs’ livers, seasoned with chilli and calamansi (citrus similar to a cumquat). Tita Kay’s Pork Sisig is presented as finely diced pork fried with onions, pepper and citrus. It is a tasty, fatty, sour and salty dish which is traditionally eaten as a snack with beer. Although it wasn’t stated on the menu, the occasional mouthful of sisig contained a distinct liver flavour. You can opt for spicy or mild versions. 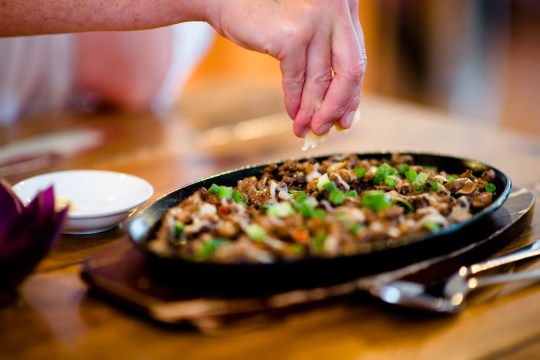 Kare-kare ($16.90). Kare-kare is a traditional Filipino oxtail stew in a peanut-based sauce which is served with steamed rice and a strong shrimp paste. The dish looks superb, with pieces of tender oxtail, snake beans, bok choy and eggplant in a rich peanut sauce. It proves tasty, but the peanut sauce is too rich and the shrimp paste is very strong – it’s a little like eating mouthfuls of warm peanut butter and Vegemite. While fishing out the oxtail and beans, we discovered that tripe is also a traditional ingredient which wasn’t listed on the menu. 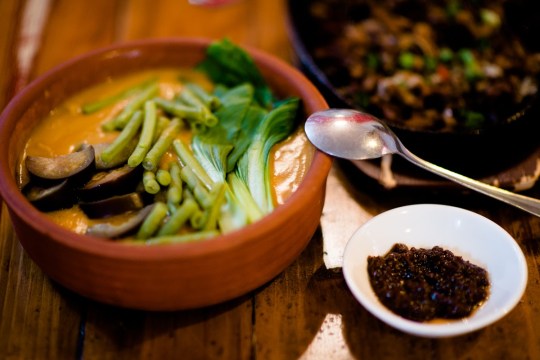 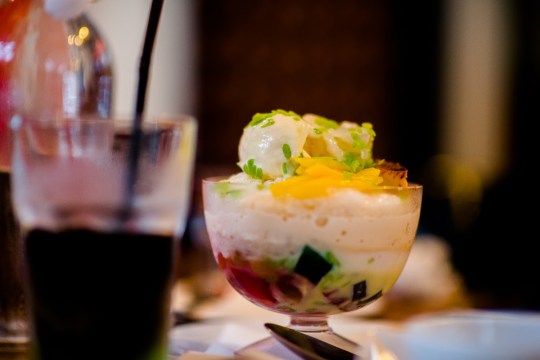 The restaurant also serves traditional Filippino street beverages such as Gulaman ($6.30) and Pandan juice ($6). Gulaman is dried seaweed used by Filipinos as an alternative to gelatine. At Tita Kay’s, the gulaman is coloured green, sweetened with bubble gum flavouring, mixed with tapioca balls and served with black almond jelly on top – a scary-looking and super-sweet concoction considered “a hot weather drink”. 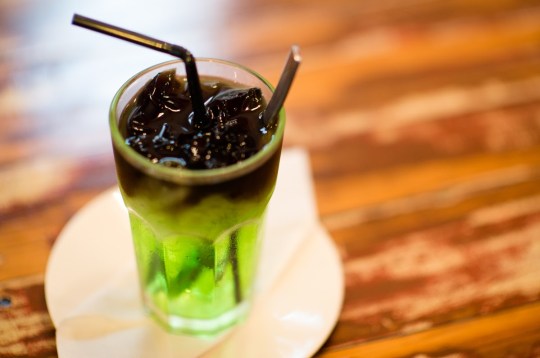 Next time we will explore the Lumpiang Sariwa (similar to Vietnamese cold rolls), the crispy fried chicken and the Sotanghon (stir-fried vermicelli noodles with chicken and vegetables).

We also recommend asking the waiter to explain the ingredients in more detail – and definitely accompany your meal with a bottle or two of the Filipino-produced San Miguel Red Horse beer.