A bit over a year ago, Chianti dropped the Classico part of its name. Not many noticed and even fewer questioned why this should be.

Had the protectors of the Chianti Classico name in Italy suddenly come over all heavy and sent their most ferocious black rooster to monster Chianti’s owners, Frank and Maria Favaro? Not so, says Chianti executive chef Toby Gush. For a start, none of Chianti’s customers ever bothered with the Classico bit: to them it was always just Chianti, so why bother to add to it? 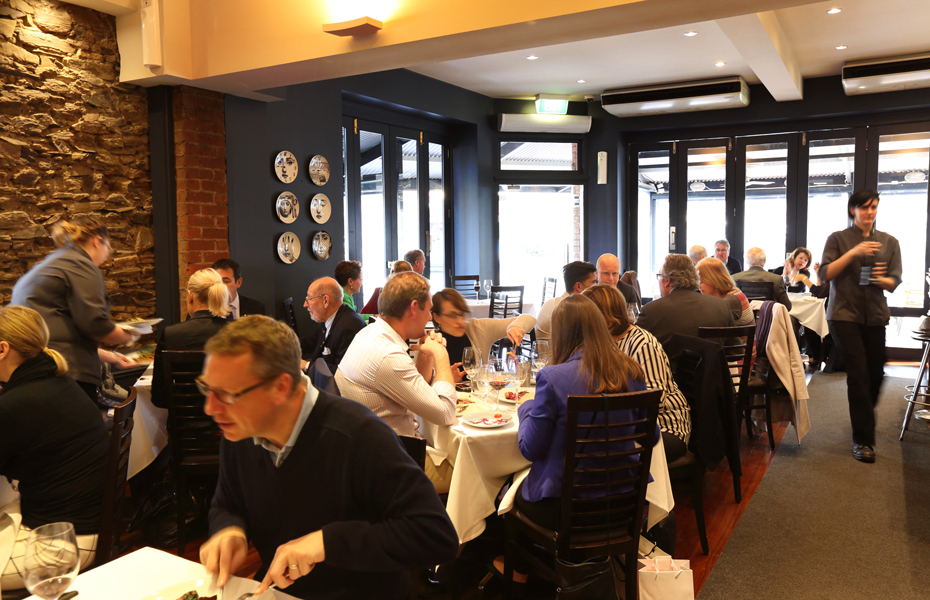 But there was, in fact, a more profound reason, because it signified a major change in the way Chianti approached Italian cooking. Until then it had followed a traditional approach to classic Italian dishes from Piedmonte, Chianti and Veneto, often with imported Italian ingredients, regardless of the seasons.

It worked well enough for Chianti (Classico) to become one of Adelaide’s best-regarded restaurants after a journey that began exactly 30 years ago in Light Square before its move to Hutt Street in 2001.

That journey began simply enough. Frank’s brother-in-law was manager of the original Chianti when its then ownership fell apart and the opportunity arose for Frank, Maria and brother-in-law to take it over as partners. Frank was then a Lands Department cartographer who hated his job, which was about to be taken over by computers anyway, and he wanted to run his own business, any business. Maria was a dental nurse and receptionist. 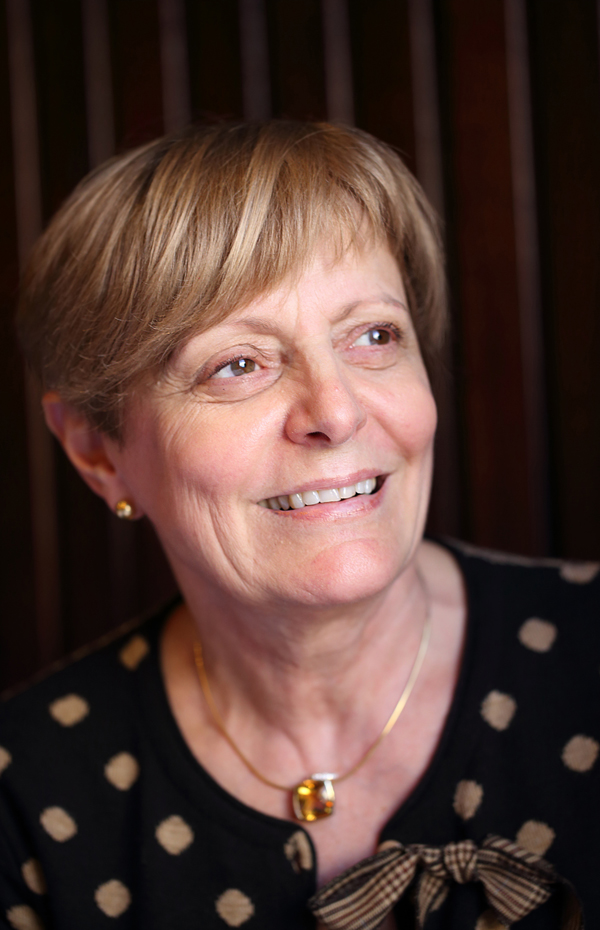 Maria, who worked on their new restaurant’s floor, was so inexperienced that when a customer asked for a riesling she had to go and ask what it was. How things have changed. Fortunately Frank’s mother was a good cook with some hospitality experience and took over the kitchen, and like any Italian family they’d grown up with a passion for good food, in their case from the Veneto region.

In those days, Maria says, you couldn’t give away rabbit or duck. Tripe or baccala would have sent their customers running. Instead, they lined up for Chianti’s schnitzel with parmigiano and bolognaise sauce plus chips all on the same plate. Again, how things have changed and, more importantly, continue to change.

The only dish to have remained unchanged on Chianti’s menu since the move in 2001 is the slow-cooked farmed rabbit with pancetta, sage and port – so popular and delicious that it can’t be moved on. There’s still pasta with duck, though it’s evolved and is now pappardelle with roasted duck and garlic cloves, while the tagliolini with blue swimmer crab has changed almost beyond recognition, lighter and more flavourful with crab consommé jelly rather than a rose sauce.

While Maria has become the “face” of Chianti, running the floor with consummate ease and hospitality, it’s Frank who’s the real Italian foodie in the business and Toby Gush’s most severe critic.

Bill Marchetti, who once ran one of Melbourne’s most popular Italian restaurants, Marchetti’s Latin, said he would never hire an Italian chef because they wouldn’t cook things the way he wanted. Anyone who knows an Italian chef will know exactly what he meant. They’re fixed, immoveable in their ways, which are sometimes prehistoric (which isn’t always a criticism). 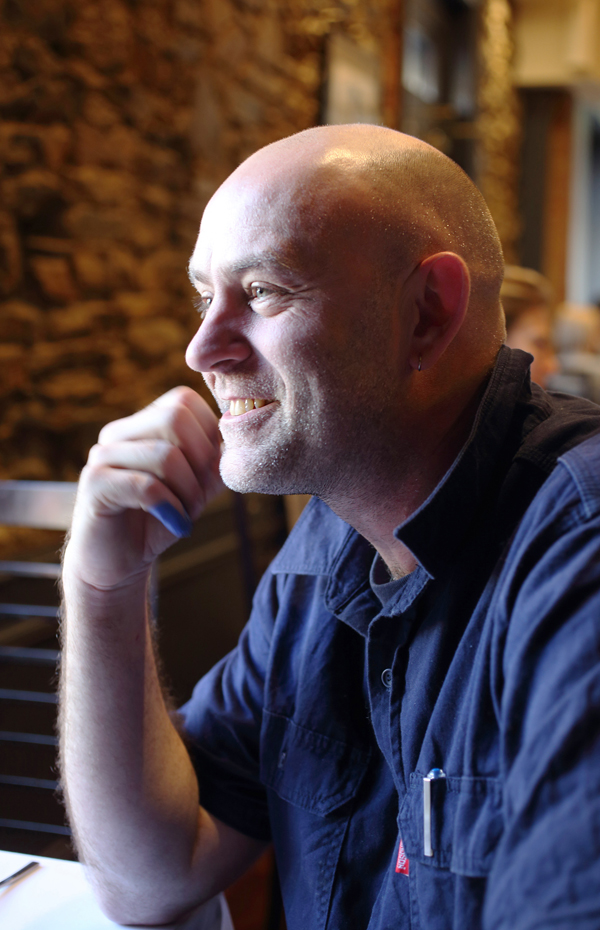 Yorkshire-born Toby Gush, who’s run Chianti’s kitchen for the past 14 years, is very much his own man with an impressive cheffing pedigree that saw him start cooking 27 years ago at the age of 16, becoming a sous chef at 19.

He worked at London’s Kensington Place under a head chef who trained with Albert Roux at La Gavroche, and discovered Italian food when he worked in a kitchen run by celebrity chef Alistair Little. He cooked in Rick Stein’s Padstow restaurant the Carved Angel and at a very posh country house hotel Gidleigh Park, but it was at the famed London restaurant the River Café where he says he “really got hooked” on Italian food. Now, while Frank reads the Italian cookbooks and maintains his critical watching brief over the menu, it’s Gush’s kitchen and it shows.

When he shops each Sunday at the Wayville farmer’s market, he does so without a shopping list: he buys whatever is best and freshest to have a menu driven by seasonal produce rather than “classic” tradition. Now there’s Deer Farm venison, Fleurida Boer goat, Gawler River quail, Durdin Farm duck, fruit sourced from local organic farms including The Food Forest, and locally grown vegetables, olives and olive oil. All the breads, from ciabatta to grissini, muffins and fritole are house-made.

A look at Chianti’s new winter menu, which starts from today (Friday, July 12), opens with a truly classic beef carpaccio ($23.90) in which shavings of dry-aged South Devon heritage beef are topped with the Venetian Harry’s Bar sauce. Harry’s Bar claims to have invented the dish more than 50 years ago and its sauce is basically a mayonnaise with a dash of Worcestershire and mustard. Harry would give this version a kiss on both cheeks. 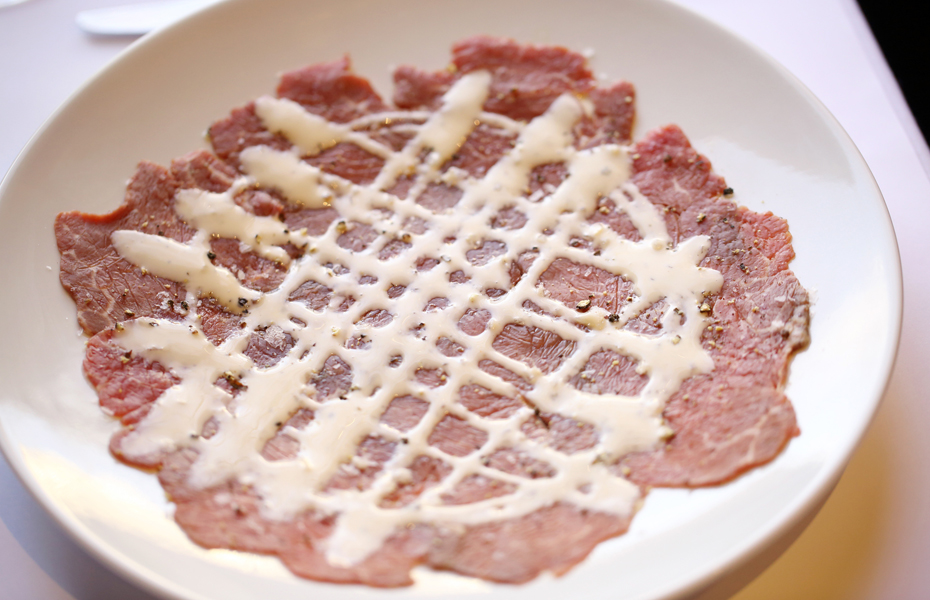 Scallops ($23.90) wrapped in pancetta and seared are served on a cauliflower puree with florets of romanesco (a cauli/broccoli cross), little cubes of balsamic jelly and a sprinkle of grated horseradish – a clever dish, balancing sweet, sour and salty with a range of textures, altogether very attractive. 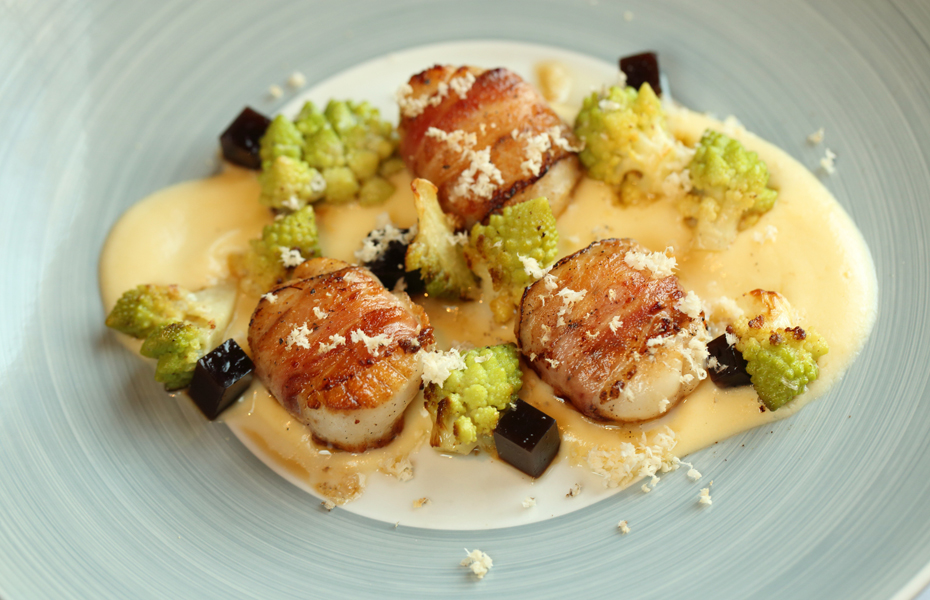 The menu was still in its final stage of development at the time of this tasting, so the garfish ($36.90) layered on celeriac puree and paired with slow-poached sweet and sour quince, topped with chopped roast hazelnuts and peppery watercress, may well now have changed. The delicate garfish was outpowered by everything else and is likely to be replaced by a more assertive fish such as tommy ruffs. 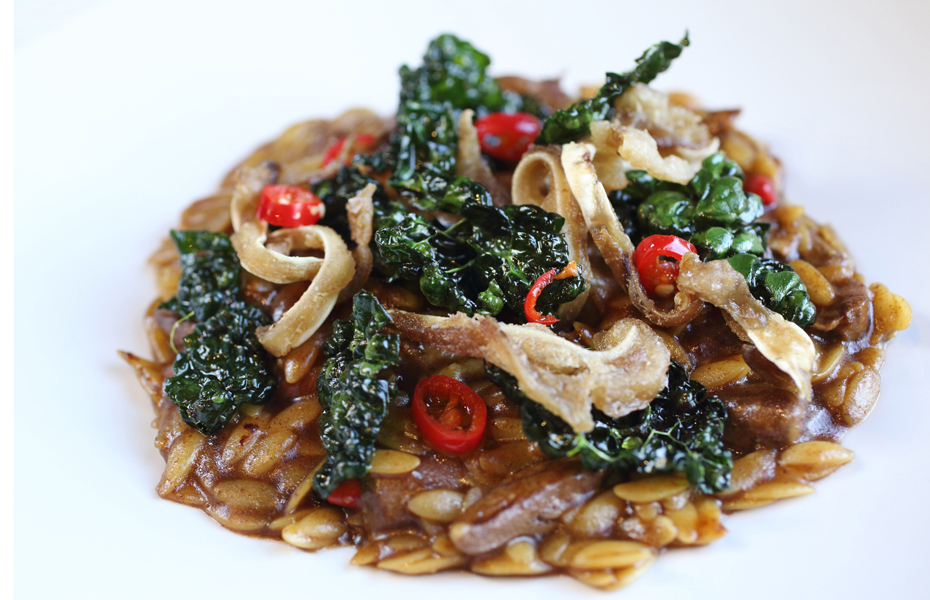 Possibly the star dish of all those tasted was a plate of rich, luscious risoni ($28.90) cooked risotto-style with slow-braised chicken hearts, livened with a fair lashing of fresh chilli and topped with thin strips of crisply fried pig’s ear and crisp shallow-fried cavolo nero. It will leave you wanting more.

Chianti buys whole geese from the Food Forest and pretty well every bit of them gets used one way or another. Here the breast ($38.90) is gently cooked sous vide before being roasted and sliced, served with shredded goose leg confit livened with a few currants that’s wrapped and steamed in savoy cabbage, topped with a reduced stock jus made from the bones. It really is a beautiful dish, both to eat and admire, but the whole process takes about four days, making it one dish you’re unlikely to try to emulate at home. 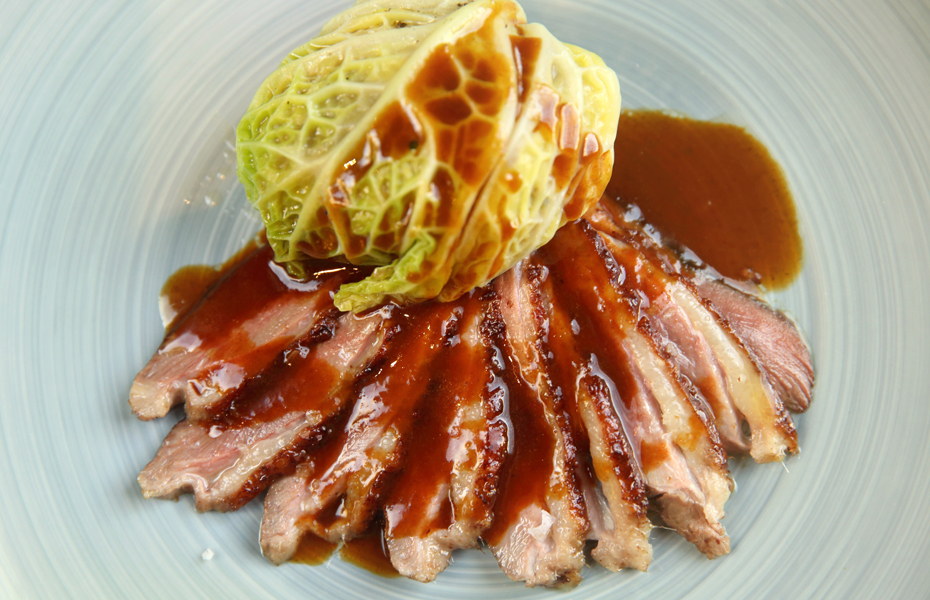 For a while Chianti was one of very few places in Adelaide to offer a traditional 1kg bistecca alla Fiorentina. It’s now slimmed down to a more modest 600g hunk of Richard Gunner’s finest and properly aged Coorong Angas ($49.50), which should suit the most determined carnivore.

The dessert list at Chianti is always very tempting and a glass of Vin Santo with housemade cantucci is the very least you should treat yourself with. Being winter an even more attractive option could be the steamed pudding ($16.90) topped with sliced caramelised apple, served with baked apple icecream and crème anglaise livened with a dash of apple brandy, a very comforting winter dessert. 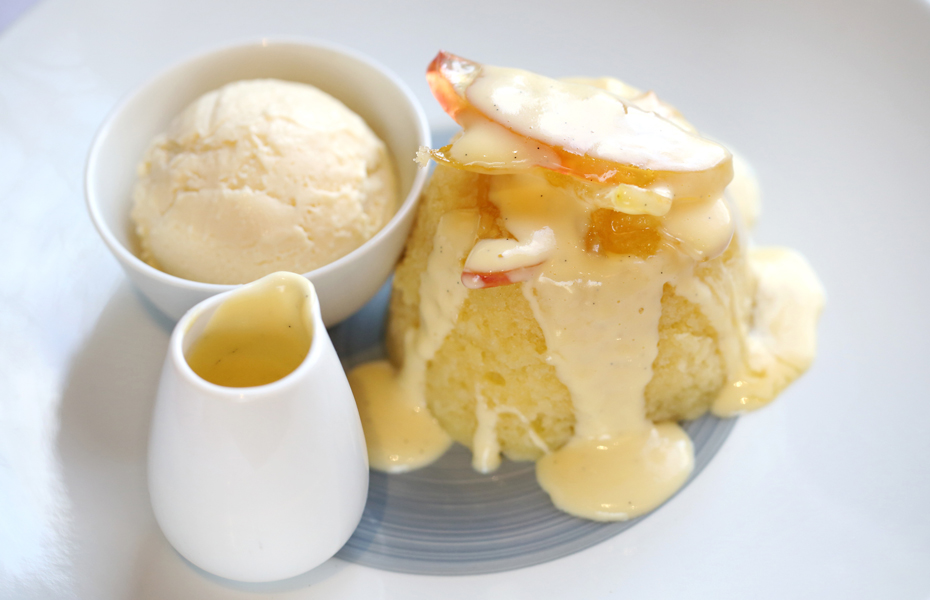 After three decades Maria no longer has to ask anyone about the wine and she oversees an extensive list with many very good Italian wines and lots by the glass. More than anything she has shared her sense of hospitality with her staff, who are unfailingly welcoming and capable.

In a further demonstration that the Favaros aren’t content to sit on their laurels, they’ve now added the perfect place for a pre or post dinner drink next door in what used to be a neighbourhood deli, now transformed into Bar Torino.

It’s a vermouth (and wine) bar blending the best of Spanish and Italian tapas-style eats and attracting everyone from rusted-on Chianti clientele to local residents and CBD refugees. The front bar area can get frenetic but it morfs into quieter regions beyond. Grab a Matchbox toy car token to run a tab while you tuck into tapas and pintxos (if not something larger) and demand another vermouth or something from the wine list.