He writes of the Beef Rendang:

Just about every family in Singapore (and Malaysia and Indonesia) will have their own rendang recipe. Some rendangs will be dry and thick, others wet with gravy. Some will include powdered hard spices like cumin and coriander seeds, and barks such as cinnamon, and others won’t. Some will include kerisik (the caramelised coconut) to thicken the sauce, and others will leave it out.

This is how we make rendang in my family – dry-ish with just a small amount of thick gravy, very fragrant from turmeric, galangal and ginger instead of from hard spices, and toasty with kerisik. 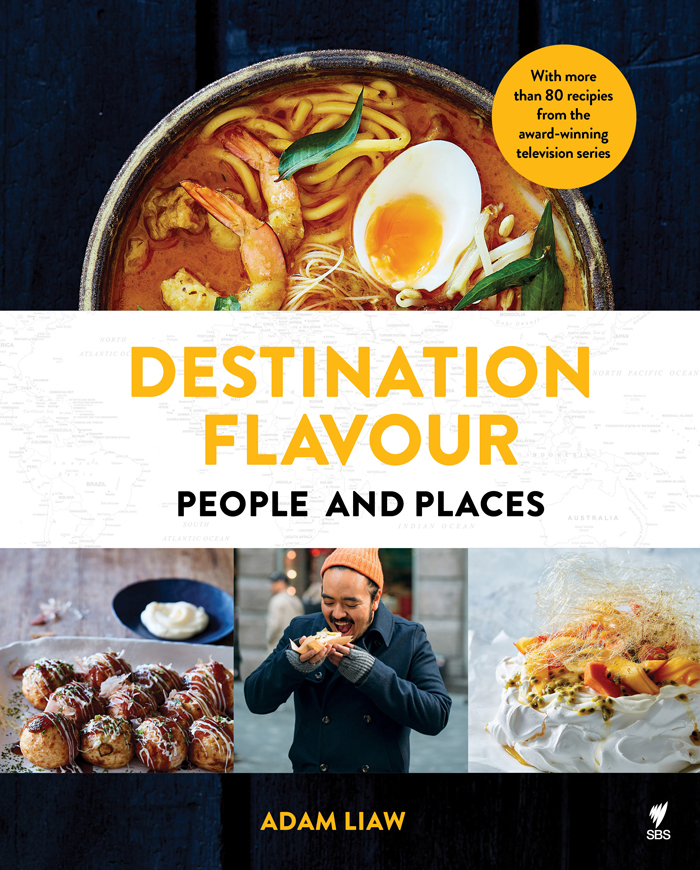 To make the rempah, peel and roughly chop the onions, turmeric, galangal and ginger and place in a blender. Add the peeled garlic cloves and chillies and blend to a purée, adding a little water to help it blend, if necessary.

Heat the oil in a large, heavy-based flameproof casserole dish over medium heat and fry the rempah paste for 15–30 minutes, stirring occasionally at the beginning, and constantly as it thickens, so that it doesn’t splatter or catch on the base of the pan. The rempah is ready when it is browned, fragrant and thick.

Add the beef and toss to coat in the rempah. Then add the coconut cream, and enough water to cover the meat. Add the lemongrass, whole lime leaves, cassia, star anise, sugar and salt. Bring to a simmer, then cover and simmer for about 2 hours, until the beef starts to become tender.

Remove the lid and simmer for about 1 hour more, until the stewing liquid has reduced to a thick, oily sauce.

Heat a dry frying pan over medium–low heat. Fry the coconut, stirring constantly, for about 5 minutes, or until it is a deep golden brown. This caramelised coconut is known as kerisik.

Add the kerisik to the rendang, stirring to combine. Simmer for a further 30 minutes or so, until the mixture is deep brown, oily and thick.

The rendang can be eaten straight away but will benefit from being covered and left overnight to allow the flavours to develop.

Tip: A rendang isn’t really a curry, although it does follow many of the same principles. In a curry the balance of spices is paramount, but a rendang is defined more by the fragrant rempah and thick coconut gravy than by any hard spices used.

This is an edited extract from Destination Flavour by Adam Liaw, published by Hardie Grant Books, RRP $50.