Young, who was born in Australia and is now based in London where she writes a blog called The Little Library Cafe, has found a way to combine her interest in cooking with her love of reading, which she says began as a young child.

Her new book includes chapter and recipe introductions which give an insight into the inspiration behind the food, from characters like Pooh and Paddington Bear, to books by authors including Agatha Christie, JK Rowling, Enid Blyton and Elena Ferrante.

‘That’s funny,’ he thought. ‘I know I had a jar of honey there. A full jar, full of honey right up to the top, and it had HUNNY written on it, so that I should know it was honey.’
Winnie-the-Pooh, AA Milne

I grew up with Winnie-the-Pooh. As well as beautiful hardback editions of Winnie-the-Pooh and The House at Pooh Corner, and a Hundred Acre Wood height chart on the wardrobe door, we had cassette tapes of all the books, which we listened to countless times.

Years later, when I went to hear Alan Bennett speak about his latest play, I spent the whole evening spellbound. His voice sent me straight back to the back seat of our car en route to Canberra, to the long drive filled with stories about Pooh, Piglet, Eeyore and Rabbit, to a childhood spent playing pooh-sticks with my dad and sister, and sneaking spoonfuls of honey straight out of the jar. Until that moment, I hadn’t made the connection; I couldn’t quite believe I was sitting in the same room as the man who’d read to me all those years before.

I have served these honey cakes at birthdays, weddings and supper clubs, sold them at cafés and made countless batches for friends. Their distinctive dark yellow sponge leads many people to think they’re full of ginger. It wouldn’t be a bad addition, but I love them as they are. The recipe is originally from Tessa Kiros’s Apples for Jam, one of the first recipe books I had in London, and they’re one of the first things I baked from it. I’ve made a few changes over the years, but their rich honey and herb flavour hasn’t altered. They’re just the things I would want to make with Pooh’s pot of ‘hunny’. 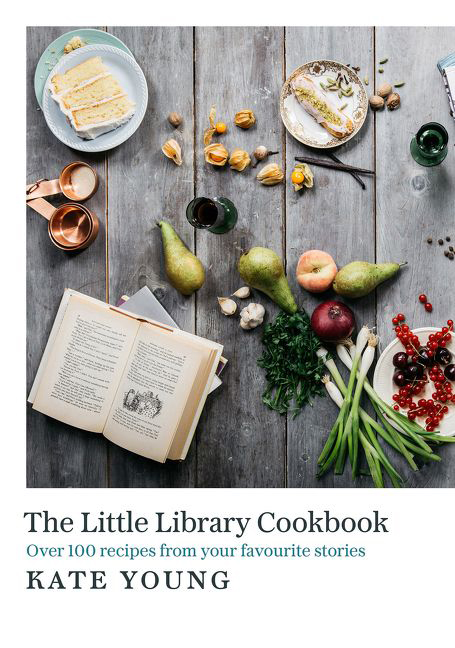 Preheat the oven to 180C/350F/Gas 4 and grease the muffin tins with a little of the butter. Place the rest of the butter, along with the sugar, honey and 1tbsp water, into the saucepan. Heat gently, stirring only once, until the butter is melted and the sugar dissolved. It will look like it’s separated, but don’t stress, this is normal. Set aside to cool.

Sift the flour, baking powder and cinnamon together, and add the finely chopped rosemary.

When the honey mixture is cool, stir in the beaten eggs. Add to the dry ingredients and stir until the mixture is smooth.

Divide the mixture between the well-greased tins, making sure they are all around two-thirds full. Bake for around 25 minutes, until a skewer inserted in the centre comes out clean. Cool for 5 minutes in the tins, then turn out and transfer to a wire rack.

Whisk the cream cheese until light and airy. Sift the icing sugar and beat it into the cheese, to create a smooth and creamy icing that holds its shape.

When the cakes are completely cold, ice them using a palette knife to drop the icing onto the cake, then round it off at the edges.

To make the rosemary honey drizzle, put the honey in a saucepan with the rosemary leaves and bring to the boil. As soon as the honey starts bubbling, turn off the heat and allow the flavours to infuse for at least 20 minutes. Pour the mixture into a jar – it will keep for a good few weeks, and tastes wonderful on roasted carrots as well as cakes.

To serve, warm the rosemary honey in the saucepan and spoon over an iced cake. Eat immediately.

Recipe and image from The Little Library Cookbook, by Kate Young, published by HarperCollins.