The Urban Picnic at Linde Reserve in Stepney is the brainchild of Sam Worrall-Thompson, the chef behind ventures such as Magill’s Fine and Fettle restaurant and beachside festival The Sailing Club at Victor Harbor. The Urban Picnic will feature food and drink from the likes of Pawn Wine Co, Little Bang Brewery, Forage Supply Co, Adelaide Gin and Brascos Pizza, plus market stalls, entertainment and kids’ activities. It’s on from 4.30pm–11pm on Friday and from 11am–11pm on Saturday. Tickets (here) are $18.

The next regional winemakers popping up on Leigh Street will be from the Coonawarra, with this Friday evening event featuring more than 60 wines available to purchase from 14 winemakers, including Majella Wines, Rymill Coonawarra, Yalumba, Zema Estate, Penley Estate and Brand’s Laira Coonawarra. The $5 entry includes a take-home wine glass. Coonawarra on Leigh Street is on from 4.30pm-10pm.

The Alliance Française French Market is returning to the Soldiers Memorial Gardens in Unley this weekend, with stalls selling an array of edible treats including cheese, tarts, crepes, raclettes, saucisson, pâtisserie and more. The festival includes a Beaujolais Night (on the Friday) and live entertainment across the weekend. See the program here. It’s on from 5pm-9pm on the Friday, and from 10am-9pm on the Saturday. 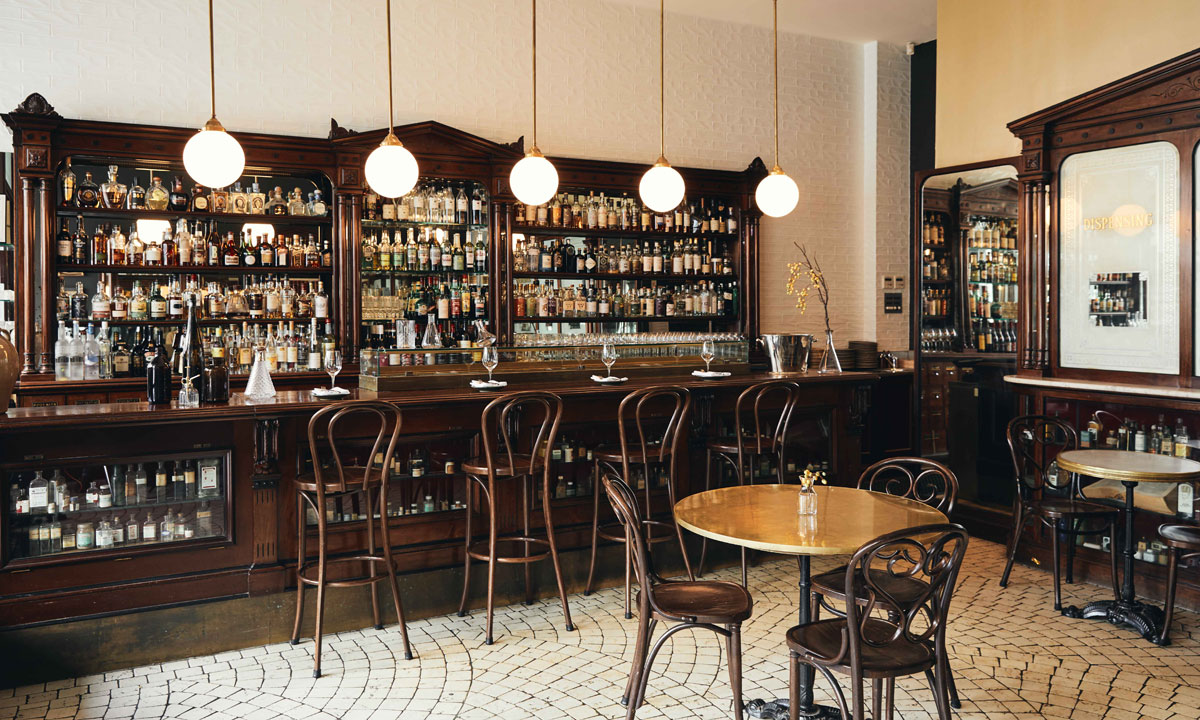 APOTECA Bar & Restaurant – the renamed former Apothecary 1878 on Hindley Street – is hosting a Champagne and Sparkling tasting from 6-8pm next Monday. Tickets are $65 earlybird or $75 at the door, including canapés and the opportunity to taste wines from more than 50 Australian and French producers (see the full list here). APOTECA launched earlier this month, 17 years after the owners opened Apothecary in the same space, with a refreshed look, a new modern European menu from head chef Mirco Ruthoff and a bespoke cocktail menu.

Nido is throwing a wine and pasta party for Gentle Folk Wines and Yetti and the Kokonut to celebrate the spring release of the South Australian labels’ new wines. Tickets for the “Spring Thing” are  $85, with sittings from 6pm and 8.30pm. The King William Road restaurant promises “food will be plentiful, with wines to match”.

2019 MasterChef contestant Ben Trobbiani has teamed up with La Popular Taqueria’s Daniella Guevara for a pop-up dinner at the Port Adelaide taqueria restaurant. The pair say the seven-course dinner will focus on “the flavours of ingredients which are native to Australia, prepared with the techniques and vibrancy of Mexican cuisine”. They’re not giving away the full menu, but you’re likely to find dishes such as seared kangaroo, fiery charred salsas and rich mole. Tickets are $80 plus booking fee.

War of the Rosés – November 30

The Adelaide Hills Wine Centre at Hahndorf is hosting this event, which will see 10 Hills Rosé producers battle it out to be crowned the king or queen of the Rosé by public vote. Guests can enjoy wines from the likes of Hahndorf Hill Winery, Tomich, Golding, Howard Vineyard and Next Crop, accompanied by complimentary cheese and crackers. There will also be a range of menu items on offer such as Flammkuchen (German) pizzas, grazing boards and dip plates. Entry for the 12-4pm War of the Rosés is $10.

Shōbōsho chef Adam Liston has invited his mates Stephen Moore and Ross Magnaye to take over the kitchen of the popular Leigh Street restaurant for one night only next month. Moore, now based in Bali, has worked at restaurants and hotels around the world, including Sydney’s Rockpool and Icebergs, while Magnaye grew up in the Philippines and now heads up the kitchen at Rice Paper Scissors in Melbourne.  There will be two sittings (midday and 2.15pm) for their $75pp Shōbōsho lunch.

Applewood Distillery co-founder Laura Carter is presenting the next event in the Pouring Ribbons tasting series for women at Hains & Co. Participants will get to taste a range of Applewood drinks, from gins and liqueurs to amaro and wine, while also hearing the story of how Laura and partner Brendan set up and run their Adelaide Hills company. Pouring Ribbons is held on the first Wednesday of each month at Hains & Co in Gilbert Place. Tickets are $39, including drinks and nibbles, with bookings (here) essential. 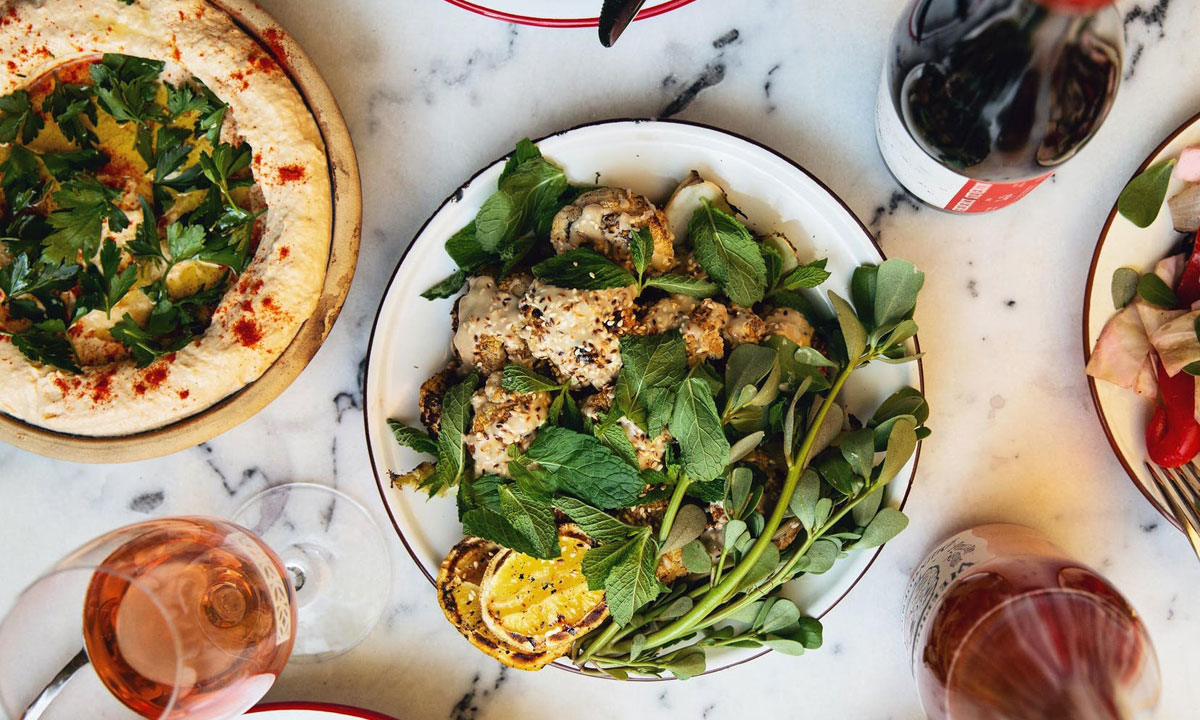 “A Middle Eastern feast of epic proportions” is being planned for the courtyard of Bowden winery and winery bar Oddio on Friday, December 6. Mark Kamleh, of Syrian Mobile Disco, with be on site with his both his parents, firing up the charcoal pit and cooking a long-table, shared-style dinner inspired by traditional Syrian dishes. There will also be wines from SA producers Frederick Stevenson, Giovanni Armani Giorgio and Delinquente. Tickets (here) are $99.

After last month’s mini Espresso Martini Festival, the Lion Arts Factory is set to re-open its North Terrace courtyard to celebrate what it reckons is “the best summer drink around” – the spritz. Entry to the Friday evening Summer Spritz Festival will be $10, including a free spritz of your choice. There will be three on offer – an Aperol Spritz, The Hugo Spritz and the Pink Gin Spritz – plus street eats from Gang Gang and DJ tunes. It’s on from 5pm till late. Stay tuned to the Facebook event page for updates.