This two-day showcase of all things cheesy and fermented in Rymill Park will feature more than 100 food and drink stalls, masterclasses, bars, and new Italian, Spanish and French quarters celebrating international cheese, wine and produce. There will be cooking demonstrations by chefs including former MasterChef judge Matt Preston, Tasting Australia’s Simon Bryant, Karena Armstrong (Salopian Inn), Emma McCaskill (Sparkke at the Whitmore), Ragini Dey (Ragini Spice) and Sharon Flynn (The Fermentary), a series of wine masterclasses curated by East End Cellars, plus a gin masterclass with the founders of Kangaroo Island Spirits. See the website for more.

Pitched as a day of pure indulgence, the National Wine Centre’s Champagne Fest will include more than 40 different Champagnes, plus sparkling wines from Australia, America and Europe. There will also be fresh seafood and other “festival food” stations, and live entertainment. The event will run from 11am until 5pm, with entry tickets costing $25 in advance or $30 on the day (wine tastings from $2 each). To whet your appetite, National Wine Centre sommelier James Boden has given us his recommendations for six must-try sparkling wines. 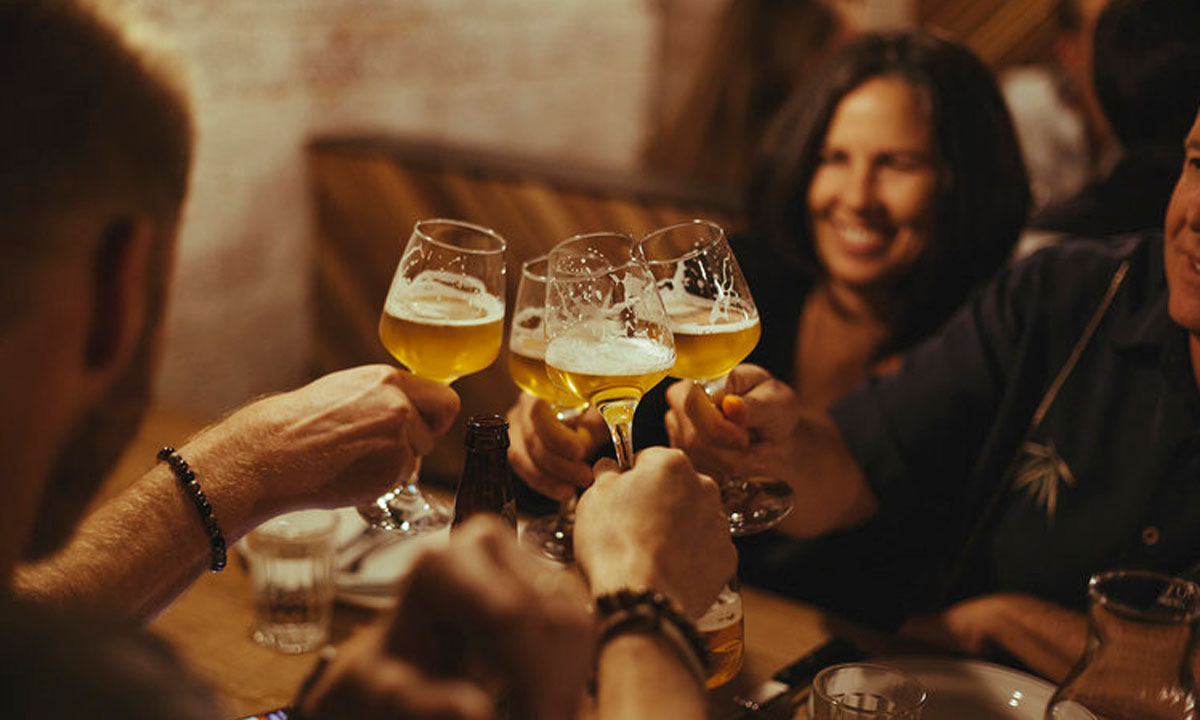 The Independent Brewers Association has earmarked this Sunday as National Indie Beer Day, and SA brewers and venues are joining in the celebration with special events. Sparkke at the Whitmore’s $70 She’s a Pale Blazer tasting lunch will see a range of limited-edition beers paired with food, plus the chance to try the brewery’s inaugural American pale ale (keep an eye on CityMag this week for more about that), while the Wheaty Brewing Corps (at the Wheatsheaf Hotel), Left Barrel Brewing and Little Bang will also all have new releases for tasting. Other venues taking part in the big beer day include Smiling Samoyed at Myponga, Prancing Pony at Mt Barker, Rehn Bier at Tanunda and The Greenock at Greenock.

This year’s plant-based festival will take place over two days in Rundle Park, with an array of stalls selling food and other products, plus a program of live entertainment, talks, cooking demonstrations and workshops on topics such as the basics of going vegan (Vegan 101). Entry is $15 for a two-day pass or $10 for one day, with the full program available online. Read about three SA food producers who will be showcasing their vegan products in this Forager story.

Russian restaurant and bar Red October is putting its own twist on Oktoberfest, loading up its taps with German-style beers from both local craft breweries and interstate brewers. The Gilbert Place venue also changed its menu for the week to match the beers, and is planning a “tap runout” party on Sunday. Tempted? Read more in this CityMag story.

The winemakers of Langhorne Creek are coming to the city for this 4.30pm-8pm laneway event on Friday. Entry is $5, and there will be around 100 wines from 20 wineries to buy by the glass or bottle (note, it isn’t a tasting event). There will also be live music and opportunities to meet and talk to the winemakers. Details here. 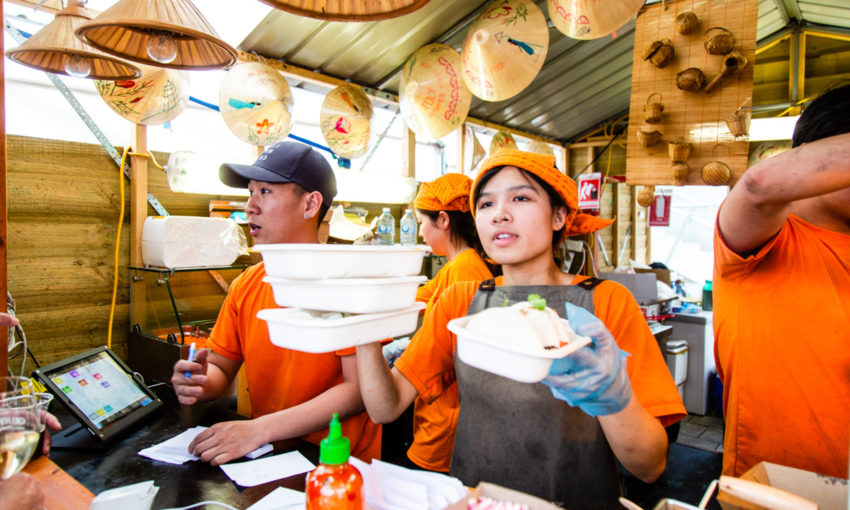 The Lucky Dumpling Market has returned to the Adelaide Riverbank as part of the 2019 OzAsia Festival. There are stalls selling an array of Asian foods, including barbecue, curries, stir-fries, noodles, dumplings and desserts, as well as Vietnamese iced coffee, bubble tea, Japanese sake, beer and SA wines. The market is on the Convention Centre Lawns, just west of the Oval footbridge, from 4.30pm Tuesdays to Fridays, and from midday till late on Saturday and Sunday, right up until November 3.

Bowden winery and “winery bar” Oddio is coming out of hibernation with the first event in its spring-summer season this Friday evening from 5pm. There will be new-release wines from Delinquente Wine Co and Frederick Stevenson, plus authentic Mexican tacos and snacks by La Popular Taqueria. Check out the Facebook page for more details of this and other upcoming opening dates/events.

Hosted at the historic Kuitpo Hall, Kickback at Kuitpo will feature wines from the 15 producers that make up the Kuitpo Kollective, wood-fired pizza, music and beer. Testament to the growing interest in SA’s emerging wine regions, Kickback has doubled in size since its inception in 2017, but it is still a free-entry, BYO event. The 2019 edition – from 12-7pm on October 27 –  will also see the launch of Kuitpo Brewing Co – Kuitpo’s first brewer. Read more here.

Hosted by Sprout Cooking School and De Bortoli Wines, this $150pp dinner will feature five courses and 14 wines in an “educational and sensory experience” comparing and contrasting Australian and French wines. Expect dishes such as oysters with cucumber dressing (with King Valley Prosecco); smoked duck breast and confit leg with crispy fennel and black garlic mustard (with the 2008 Noble One, 2013 Noble One and 2005 Chateau Doisy-Daene), and a Roquefort cheese board (with 1996 Noble One, 2000 Noble One and 2005 Chateau Latour Blanche). Full menu and booking details here.

Oysters in the Hills – November 2 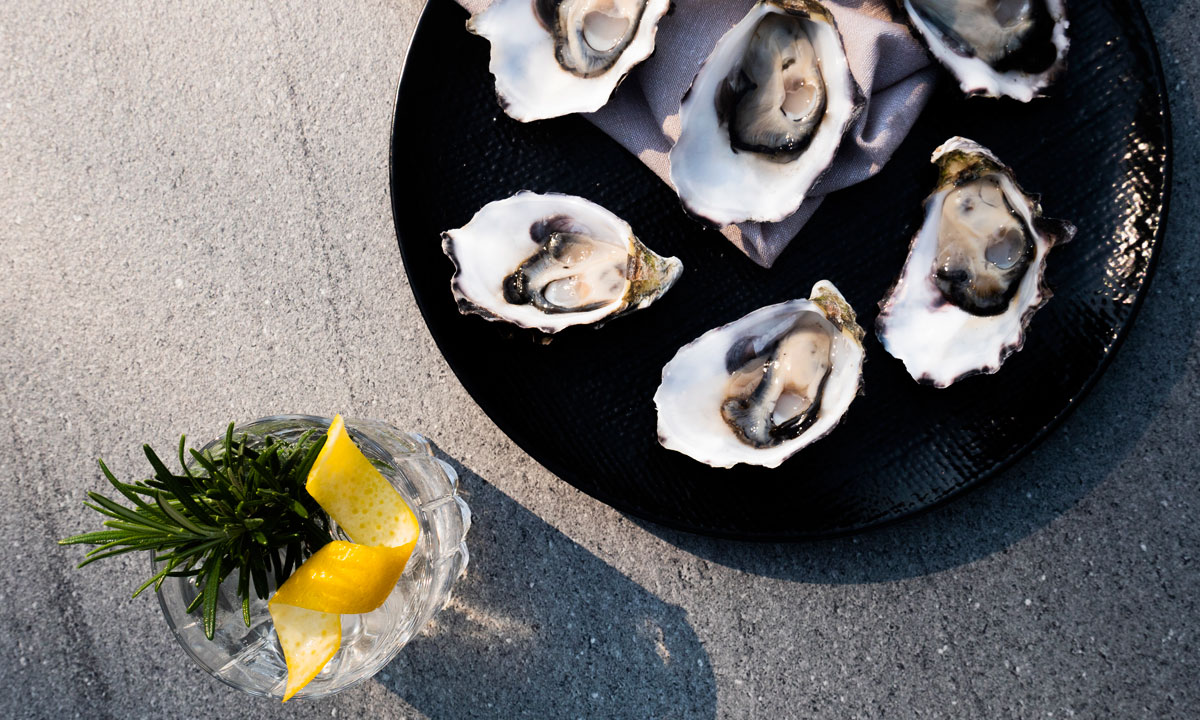 “Delicious gin, tasty oysters, live music and a shucking good time” – that’s what Ambleside Distillers and Gazander Oysters are promising from their inaugural Oysters in the Hills event at Hahndorf next Saturday. There will be two sittings, from 12.30pm-2.30pm and 3pm-5pm, with tickets costing $28 including half a dozen oysters (topped with a gin and tonic sorbet), a G&T of your choice and a shucking demo.

There will be a smorgasbord of SA craft beer, cider and sparkling wines – plus a few French Champagnes – at the East End’s annual Beer & Bubbles event on Vardon Avenue. It’s on from midday until 5pm on Saturday, November 16, and entry to this year’s event is $40. As well as tastings and full glass pours, there will be food from Mothervine, Lemongrass and The Tasting Room, plus tunes by Skin Contact.