The popular Fork on the Road food truck event will return to Hart’s Mill at Port Adelaide this Saturday, with an array of tasty bites from 30 local food trucks plus drinks from Big Shed Brewing, Toy Soldier Brewing, Lobo Cider, Three Dark Horses Wine and Never Never Gin. Taking place from 12-9pm, Fork of the Ages will also feature live art performances, music and family-friendly activities. It’s the final Fork of the season and also the last one being presented by founder Joe Noone, who (as he told InDaily last month) is stepping away from the event.

Unico End of Vintage Party – May 31

Hills winery Unico Zelo is celebrating the end of vintage with a party at The Stag Public House from 6pm on Friday, with free entry. It’s promising lots of wine – of course – plus cocktails from Never Never Gin, cider from Lobo Cider and beers from Little Bang. Skin Contact will be providing the tunes, raffles will run all night, and for a gold coin donation to charity you can even flick wine at a giant canvas – AKA the Unico Pollock Wall. 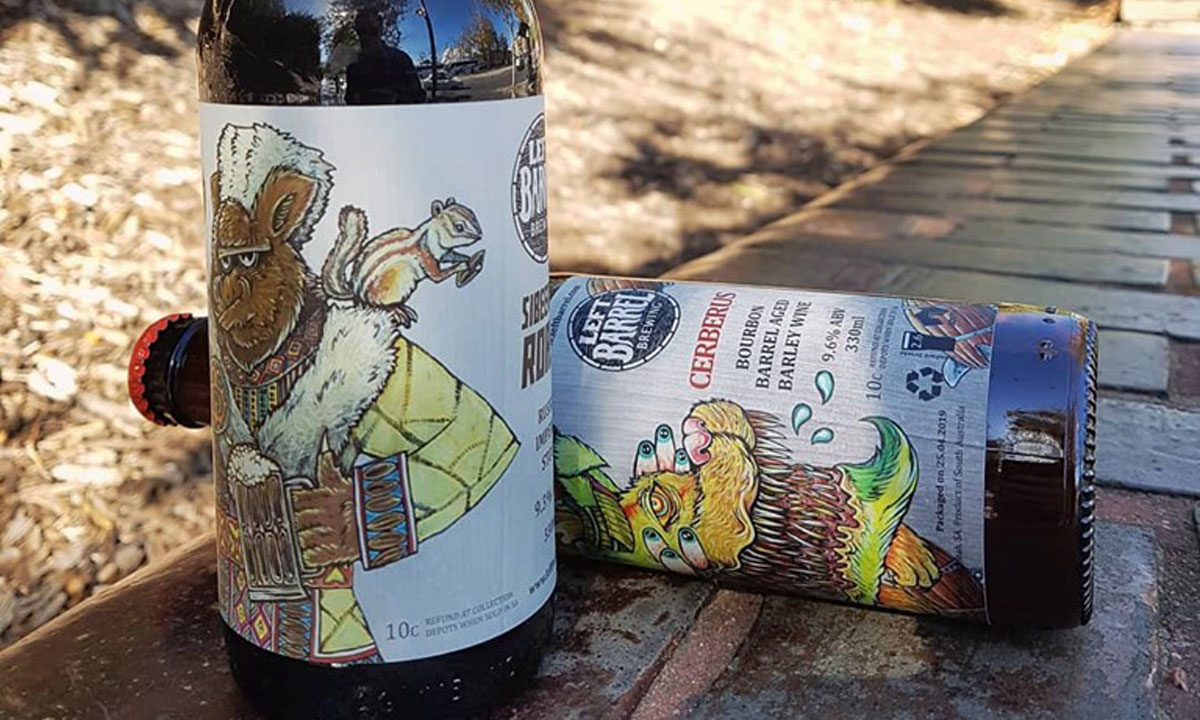 Left Barrel Brewing is preparing to celebrate the first birthday – aka Beerthday – of its taproom at 37 Onkaparinga Road in Balhannah. The fun will begin at midday, with the Caro Club food truck on site and the promise of new beer launches, games, competitions, live music and entertainment through till 9pm. Tickets are $25, including a souvenir glass and drink token. It’ll be followed up the next day with the appropriately titled Hair of the Dog (family doggos welcome), which will feature the Firebox BBQ Grille food truck and more beers, with part-proceeds going to the Hahndorf Animal Shelter.

East End small bar NOLA says this masterclass will introduce participants to some of the best whiskey coming out of America’s oldest distilleries. Along with the tasting of eight different whiskies, the $125 ticket will also get you a cocktail on arrival, a serving of Cajun and Creole fare, and a take-home bottle of Buffalo Trace whiskey. Details here.

Trudy Dickson from Ambleside Distillers in Hahndorf and Laura Carter of Applewood Distillery will be showcasing their gins at next Wednesday’s Pouring Ribbons women’s tasting club event at Hains & Co. Running from 7-10pm, with tickets costing $40, it promises a “comfortable and casual environment” for like-minded women to get together and discuss “beautifully crafted spirits and other matters”.

The Henschke family will celebrate the launch of their single-vineyard wines Hill of Grace 2014 and Mount Edelstone 2015 with a special dinner at 2KW. The $260pp dinner (bookings here) will be hosted by Max Mason and Stephen Henschke and will feature 12 wines paired with five courses created by 2KW head chef Trent Lymn. Throughout May and June, the Mount Edelstone 2015 Eden Valley Shiraz (described as Australia’s longest consecutively-produced single-vineyard wine) is also being poured by the glass at select SA restaurants including 2KW, Hilton’s Coal Cellar + Grill, Gaucho’s and Hardy’s Verandah Restaurant at Mount Lofty House. 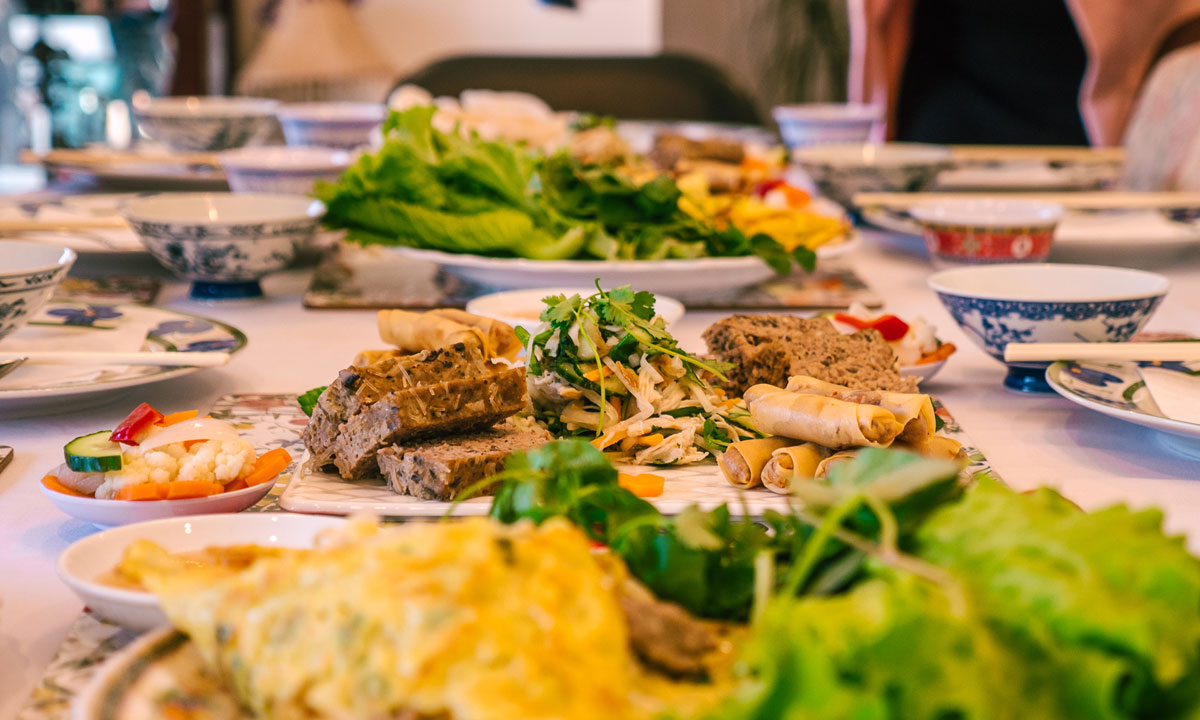 Vietnamese food will be the focus of one of The Travelling Table dinners. Photo: Saige Prime

This multicultural culinary experience will return over the June long weekend, with a series of four-course, long-table dinners ($66 each) at the Unley Town Hall showcasing the food of SA’s Filipino, Vietnamese and Sri Lankan communities. Chef Alana Brabin is working with representatives of each of the featured communities to curate the menus for the dinners. The Travelling Table will also host three cooking workshops ($48 each) at Unley Town Hall and Pirate Life Brewing, offering the opportunity to taste and learn how to cook Filipino, Vietnamese or Sri Lankan family recipes passed down through generations.

Kangaroo Island Spirits and the Kangaroo Island Stall 17 at the Central Market are celebrating World Gin Day with an after-hours (3.30pm-5.30pm) event including a gin-blending masterclass led by KIS owners Jon and Sarah Lark. Those attending will also get to enjoy nibbles prepared with gin and gin botanicals. Tickets (limited to just 30 people) are $125 including a take-home pack with 200ml gin, botanicals and garnishes, and a recipe list. 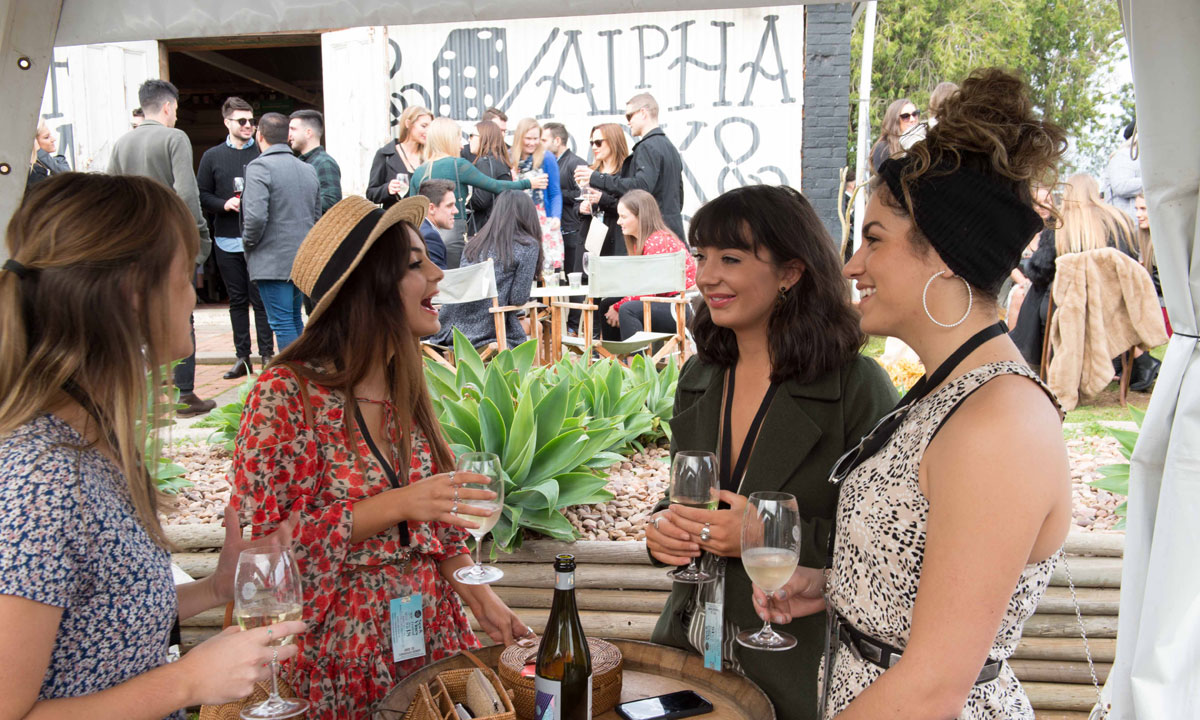 McLaren Vale’s three-day festival returns over the June long weekend, with 44 events across 27 venues. Ticketed events include a $75 three-course meal at Swell Taphouse (with 16 local beers on tap and DJs spinning tunes), a Familial Feast at d’Arry’s Verandah Restaurant featuring five shared courses plus nibbles ($105 or $155 including wine), a three-course long lunch with acoustic music at Hugo Wines ($95), and a “Corrina versus Karena” lunch at Oliver’s Taranga Vineyards with Salopian Inn chef Karena Armstrong and winemaker Corinna Wright ($120). Other options include the “Sunday Experience”, where you can create your own winery tour at two locations, and “Family Friendly Monday”, featuring free events offering entertainment and food options for children and adults. See the full Sea & Vines program here.

Longview Winery at Macclesfield is celebrating the long weekend with a Porchetta Party from midday on the Monday public holiday. La Dolce Vita Catering will be serving up wood-roasted Berkshire pork paninis with Roman slaw, rosemary potatoes, sugo and pecorino, with adult tickets costing $38 (including a souvenir wine tumbler and first pour of Longview wine). There’s also a $15 cheeseburger, chips and ice-cream option for kids.

This dinner at the National Wine Centre will focus on emerging Spanish varietals from around Australia paired with food including a pig on the spit. Tickets (here) are $109 pp.

This two-day event at Morphettville Racecourse will be a celebration of rock music, red wine, craft beer, vintage cars and barbecue. A cellar door precinct will offer tastings from more than 60 wineries and craft breweries, while the Fire Side BBQ competition promises a battle for national barbecue honours featuring more than 40 teams with names like Grilltop Hoods, The Steak Holders, and Hock, Stock and Two Smoking Kettles. There will also be barbecue workshops and masterclasses. Tickets for Red Rock & Ribs are $33.40 or $64 (including three tastings).

Seppeltsfield estate winery in the Barossa will be transformed into a Parisian-style market when its French festival returns in July. The Bonjour Barossa menu “du jour” will highlight fromage, baguettes, charcuterie, fresh oysters, crepes, pastries and chocolate, with Barossan wine by Seppeltsfield and Champagne by Billecart-Salmon. Entry is $20 ($10 for kids) and there will be goodies from Dough, Coffee + Crepe, Chocolique, Barossa Valley Cheese Company, The Oyster Bar, Barossa Coffee Roasters, Barossa Valley Ice-cream and Owen Andrews Catering, along with masterclasses, “paint and sip” experiences with Studio Vino, live music and children’s activities.