Amid the program of live music, comedy, workshops and other activities planned for this year’s Winterfest at Port Adelaide are two interesting long lunches. First up, on July 15, is An Indigenous Feast, which will see former Orana head chef Shannon Fleming and his Forgotten Seasons company prepare a sharing-plate meal inspired by Indigenous foods and matched with SA wines and Wattleseed lager (tickets $120). On July 22, former MasterChef contestant and Gut Feeling Fermentation owner Samuel Whitehead and his vegetarian chef sister Yasmin will present a shared vegan Plant Based Feast with matched alcohol (tickets $85).

Part of the Fridays in the Foyer series at the old RAH, this pasta class will teach participants how to make squid ink pasta, hand-made ricotta cheese, flatbread, olive tapenade and two sauces – and you get to try it all while enjoying a glass of Whimsy “Truth In Ink” Sangiovese from A Fanciful Notion. 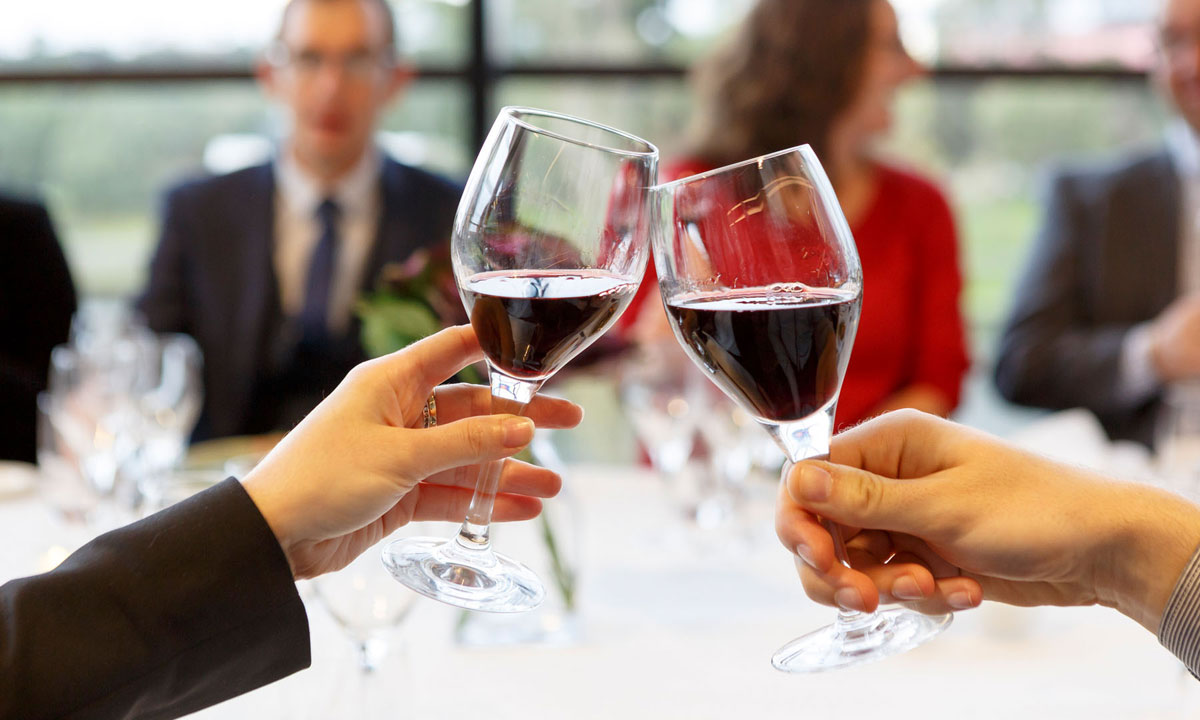 Taking place over two days at the Adelaide Convention Centre, this event offers the chance to try some of South Australia’s hottest wines as well as taking part in masterclasses such as Pinot & Fondue, Music + Wine, and Vermouth + Fortified with Native Food. Also part of the Hot 100 Winter Harvest are two tasty-sounding degustations: a 150 Years of Henschke degustation lunch on June 29, hosted by winemaker Stephen Henschke, and the EOFY Hot 100 Degustation Dinner on June 30, which will feature four courses – including maple-smoked pork belly and lamb rack – matched to wines from Hot 100 finalists. Details and bookings here.

This year’s festival at the historic Brick Dairy Pavilion at Adelaide Showgrounds will deliver three days of beer, barbecue and beats, including discussions with brewers, master-classes and the Up in Smoke BBQ competition. More than 80 brewers and cider-makers will be represented at the festival, and BBQ ambassador Duncan Welgemoed of Africola has curated a line-up of barbecuers including Canadian TV chef Matty Matheson, the boys from Adelaide’s Low ‘N’ Slow American BBQ and Victorian vegan chef Shannon Martinez. A selection of brewers reveal the special beers they’ll be pouring in this CityMag article.

Offering an excellent incentive to abandon your winter hibernation, this series of events in the Barossa includes Winterville, a Christmas in July cocktail party and European-style Christmas Fair hosted by Barossa Distilling; a 1918 Centenary Lunch hosted by 1918 Bistro & Grill; a fortified wine and chocolate truffle matching event at Liebichwein winery, and a fire-pit feast at Schild Estate. See all the events here. 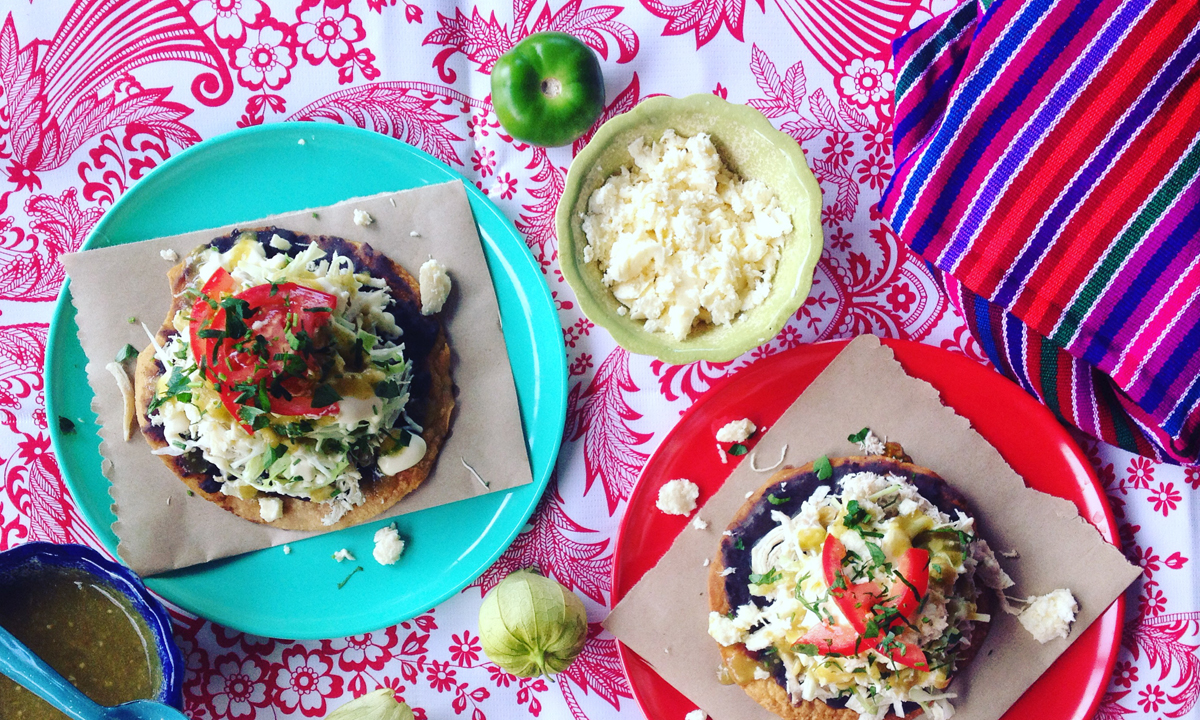 We’ve written previously about Mexican cook Daniella Guevara and both her Mi Mero Mole dinners and her Port Adelaide shop La Popular Taqueria. Now she’s bringing them both together, with two five-course dinner parties at La Popular Taqueria that she says will take dinners on an unforgettable culinary journey through Mexico. Alongside SA wines and craft beers, as well as Mexican beers, there will also be a selection of high-end mezcals and tequilas available for purchase. More details and bookings here.

Croquembouche demonstrations by Le Cordon Bleu and a champagne bar by Bicchiere Bar will bring a French flavour to the Adelaide Central Market on July 13 and 14. The Bastille Day celebrations will also include live music and kids’ events, but we reckon the piece d’resistance will be a four-course French menu designed and cooked by the effervescent Poh Ling Yeow from Jamface (numbers are limited and you can find out how to book here).

If you love cheese, then Plant 4 Bowden will be the place to be from 11am-6pm on July 22. The Cheese-A-Holics Cheese Festival will offer the chance to taste cheese from the likes of Udder Delights, Milawa Cheese, La Vera, Edwards Crossing and Ashgrove Cheese, as well as sparkling wines from Lloyd Brothers and Paxtons Winery. There will also be two masterclasses on offer: an Italian Cheese and Wine Masterclass with Antonio from Bottega Roloto and a Cheese and Alcohol Lovers Masterclass (looking at pairing cheese with beer and cider) with Lauretta Whittaker from Cheese-A-Holics. Festival entry is $10 and masterclasses are $20 each. 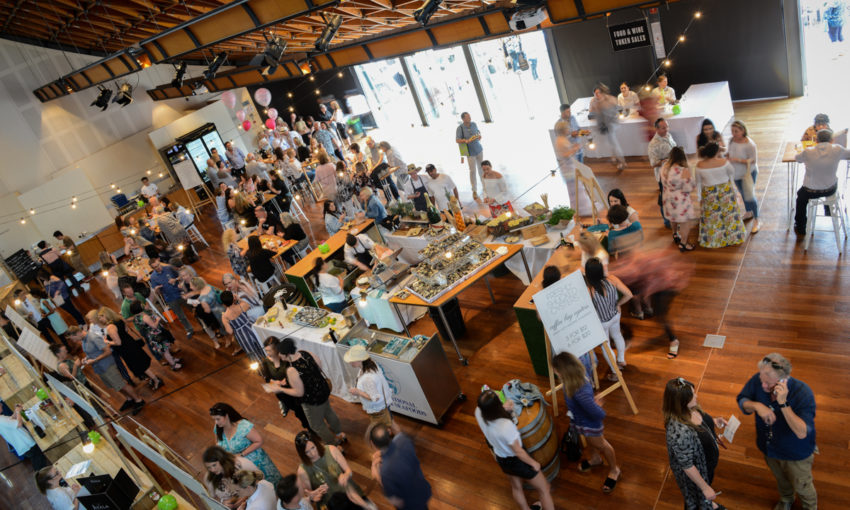 The National Wine Centre promises to serve up “an indulgent day of wine, food and music” for Sip & Sounds, which is being held as part of the Umbrella Winter City Sounds festival. The centre will be transformed into what is described as an urban cellar door, serving a range of Australian wines and local craft beers and spirits alongside seasonal dishes and live acoustic music. Tickets for Sip & Sounds are $50pp or $45pp for groups of 10 or more, including entry, a Spiegelau wine glass and four complimentary tastings.

The Adelaide Hills is gearing up for its annual red wine fest, with more than 30 wineries hosting events during this year’s Winter Reds. A few likely highlights are a five-course truffle dinner at Penfolds Magill Estate Restaurant; a “low, slow, smoky barbecue” accompanied by museum reds, and soul and blues music at Longview Vineyard; an “Armchair Pinot Tasting” at Anderson Hill at Lenswood, and a “Taste of Tuscany” seasonal degustation meal matched with rare museum wines at Bird in Hand. See the full program here.

Feathers Hotel at Burnside is teaming up with Hills brewer Prancing Pony for a five-course, $95pp “BeerGustation” dinner which will include the Pony’s Magic Carpet Midnight Ride (Russian imperial stout) served with a brownie cookie, and a main course of Murray Valley dry-aged T-bone accompanied by the Prancing Pony India Red Ale. Details here.

This Harry Potter-themed high tea at Stamford Plaza Adelaide includes a “butter beer cocktail” on arrival and sweet and savoury treats such as Haigh’s chocolate frog slice, Muggle quiche Lorraine and Ginny’s Pygmy Curry puffs. A “master wizard” and balloon artist will attend the high tea to help guests make their own wands. Tickets are $52 for adults and $27 for children aged five to 12.