The Adelaide Festival is presenting a second series of long, lazy lunches aboard the Riverbank Palais across five dates from March 4 to 12. Curated by Gill Minervini (Dark MOFO Winter Feast), the 2018 program features guest chefs O Tama Carey, Jared Ingersoll, Alex Herbert, Jordan Theodoros and Janet Jeffs (you can read more about them on the festival program here). The cost is $169 for a long-table meal which includes canapes, entrees, mains and desserts, with matched wine by Penfolds and beer by Coopers available for purchase. The menus will explore SA’s food heritage and provide an insight into each chef’s food story, with Theodoros (of Adelaide’s Peel St restaurant) serving dishes including a sour cherry granita, pickled tommy ruff toastie, baked mulloway and a dessert featuring yoghurt labneh, pistachio halva, fresh orange and dates, while Herbert (Sydney’s Bird, Cow, Fish) will present courses including blue swimmer crab, seared southern bluefin tuna, and a quince and hazelnut frangipane tart.

Food trucks will gather at Civic Park in Modbury from midday until 10pm this Saturday for the Greenstate Summer Garden Festival. Part of the Adelaide Fringe program, the festival will feature art, music, comedy and “amazing physical feats”, as well as Fork on the Road food trucks, vans, pop-ups, carts and bikes, plus a licensed bar.

Cellar Door Fest is upon us, bringing a roster of South Australian producers from across the state to the Adelaide Convention Centre. Over the three days, there will be a bunch of local producers to meet, chat to, sample from, and support via your wallet.

Woodside cheese will host a masterclass demonstrating that cheese not only pairs well with wine, but is just as great a bedfellow with gin and cider. Tickets are $25.

Food + Booze + Dancing Shoes is an event described by the festival as “the attitude of Alpha Box & Dice meets the whimsical set-up of Porch Sessions”, which makes sense given that both Alpha Box & Dice and Sharni Honor of The Porch Sessions are involved, as well as Jessie Spiby, who will create grazing platters for the occasion. Filling out the drinks roster are Mismatch Brewery, Sunlight Liquor and Adelaide Hills Distillery. The musical line-up consists of Neon Tetra, Delia Obst and Tim Moore. Tickets are $60.

Hosted by Man of Spirit Mark “Reggie” Reginato and Laura and Brendan Carter from Applewood Distillery, The BeGINning will take punters through the art of making gin in a hands-on experience that will see enthusiastic gin drinkers blending their own botanicals and creating a base for the event’s culminating cocktail. Tickets are $25.

Read more about Cellar Door Fest in this InDaily story. For the full list of events on throughout the festival, see the website.

Post Dining, the much-loved experimental food curators, are hosting a bite-sized event this Fringe, in which native flavours are paired with curated sounds at Raj House Fringe hub “Rajopolis”. It promises to be “another immersive experience you won’t forget”. For tickets and further information, see here. And for information about other Fringe food events and offerings, see this InDaily Forager story.

Kensington Road café The Black Olive is opening its doors into the PM, welcoming patrons in for the first round of weekly pizza nights, starting this Friday from 6pm. The freshly installed pizza oven will be fired up, with the kitchen slinging pizza, wine and spritzers well into the evening, and there’s no better way to start the first weekend of autumn than that.

This twilight festival at the old Mitsubishi plant in Tonsley will feature cheeses from a range of SA producers including Woodside Cheese Wrights, B.-d. Farm Paris Creek, Barossa Cheese Company and, of course, Cheese-A-Holics. There will also be food stalls, drinks and other gourmet goodies. It’s a ticketed event; check the Facebook page for details.

Gouger-adjacent red-brick small bar 55ml will be taking over Mill Street for a celebratory St Patrick’s Day event. Café Troppo will provide the eats, a roster of musicians will provide Irish tunes, and Guinness will flow from behind the bar. Best St Patrick’s Day dress will win a bottle of Jamieson’s. The event is free; for more information see the event page. 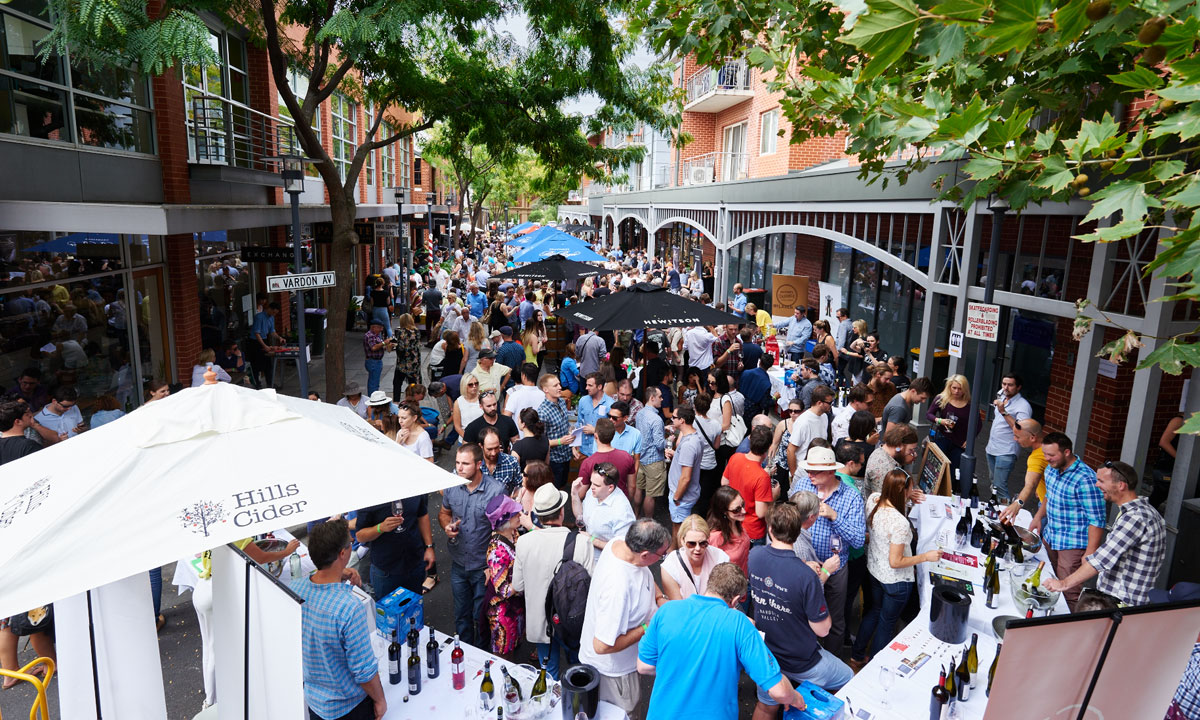 The East End Wine Down is back for its 15th year in 2018, and with it comes a collection of 100 South Australian wines to try, as well as street food and DJs setting the mood all afternoon. Among the 50 wineries will be a contingency of “minimum interventionists, the eccentric and the rebels”, as well as a roster of beer, cider and spirits. The event will run from 12pm until 5pm on Saturday, March 24. Tickets can be purchased here.

The South Australian BBQ competition season has kicked off, and to celebrate, Up in Smoke – the Beer and BBQ Festival-affiliated competition – is hosting a season launch event at a secret Barossa location, curiously titled Riverside Smokehouse. Dougal McFuzzlebutt, Kaneo Boase and Alana Brabin will be on the tools, providing a bunch of smoked eats to prep you for the coming competition season. Tickets and further information are available here.

The Festival at Basket Range – April 7 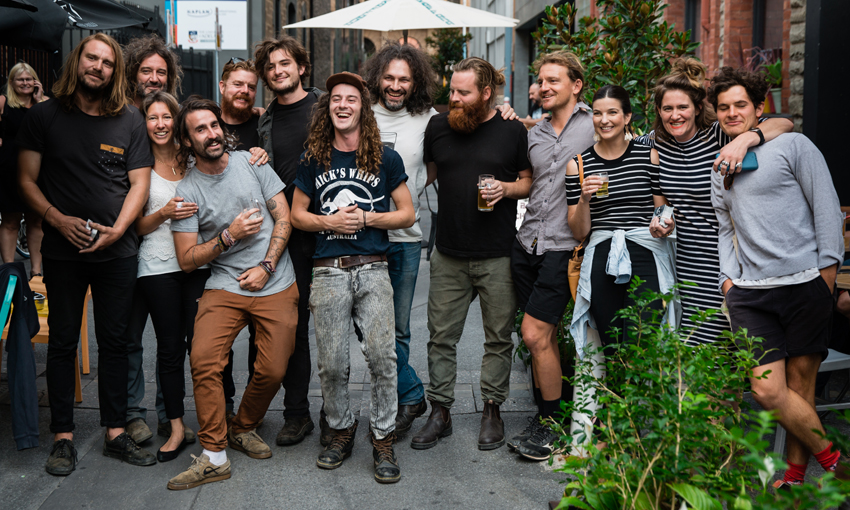 Celebrate another harvest season with a batch of the Adelaide Hills’ most interesting and eclectic winemakers at The Festival at Basket Range. Many of the producers from the 2017 event at Basket Range Oval will be in tow, along with some newcomers. There will be live music, great food, interactive activities for the kids, and very good wine. For more information, keep an eye on the event page.

The program for this year’s Tasting Australia features more than 140 events across 10 days in April, including workshops, master-classes, degustation dinners, foraging adventures and underground feasts. The festival will open with a Surrealist Ball at the new d’Arenberg Cube in McLaren Vale, with other special events this year including “Tasting Australia Airlines” – a full-day luxury experience to SA culinary regions such as Kangaroo Island, Coffin Bay and the Limestone Coast – and the inaugural TA National Spirit Awards (more about that here). See the full program online.