Popping up as part of OzAsia Festival, the team from Gluttony present The Lucky Dumpling Market, the best in Asian eats available along the Riverbank. Now in its third year, there will be food from Sooki La La and Niños Lamesita, as well as a smattering of free entertainment to go with it. The market will open from 5pm until late Monday to Friday and midday until late Saturday and Sunday on the Convention Centre lawns.

Ochre Nation is turning two, making it the perfect time to celebrate the opening of the cellar door. More details will be released closer to the date, but it will be worth the trip out to Gumeracha for goodies from Applewood Distillery and Unico Zelo Wines. Keep an eye on the event page.

Fork in the Road is back, this time bringing a bevy of food trucks to Orphanage Park in Unley. Along for the ride will be CAROclub, Tacocat, Delectaballs, Four Seeds, among many others. The event will run from 11am to 4pm. For more information, see the event page.

The Stirling Hotel will this week host the final event of their tasting series, hosting the crew from Adelaide Hills Distillery in to showcase their wares. Guests will be offered tastings of their 78 Degrees Gin, recently named World’s Best by the American Distilling Institute, their much-discussed Green Ant Gin, all the while being able to chat with the producers. The event kicks off at 1pm on Sunday, 24 September.

A Beer Can Chicken Party at Sunny’s – September 24

Sunny’s hosts yet another meeting of great minds, with the pizza shop inviting Comida and Pirate Life over for a “Spanitalian fiesta”. Working alongside the Sunny’s crew, Comida’s Brad Sappenberghs will showcase a hybrid version of albondigas to accompany the pizzas and tapas, and Pirate Life will be premiering their own collaborative brew, Strong Pale, made in cahoots with Californian brewers, Ballast Point Brewery. The event kicks off at 2pm, Sunday 24 September and will run until sold out. For more information, see the event page.

Wine and produce lovers are invited to McLaren Vale for a Spring Affair across three of the region’s vineyards: Maxwell Wines, Paxton Wines and Coriole Vineyards. There will be live music at each venue to set the mood for punters partaking of the food and wine tastings on offer. Bus tours can be arranged from several venues around Adelaide. For further information, see the website.

The Fruitful Pursuit crew are back at it, popping up this time with a wine showcase at Arcade Lane. Expect the same calibre of revelry, with a brand new roster, this time with some international ring-ins from New Zealand. Keep an eye on the event page for further details. 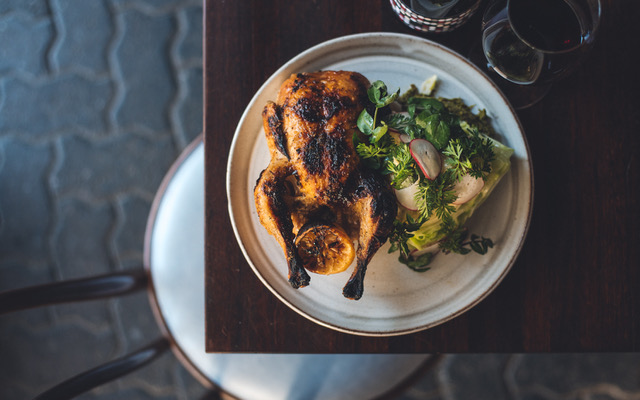 Recently relaunched King William Road restaurant, The Pot, will play host to Melbourne restaurant, Anchovy, with the latter’s head chef, Thi Le, cooking alongside The Pot’s Emma McCaskill. Both chefs will prepare one dish per course, before showcasing their combined talents for the main. Tickets are $165 per person including wine, and can be purchased via email or phone at eat@thepot.com.au or 8373 2044.

King William Road will host the Mercedes-Benz Unley Long Lunch (formerly known as Variety on King William) as part of the 2017 Adelaide Fashion Festival. Guests will enjoy a gourmet grazing platter, followed by a two-course meal provided by King William Road’s leading restaurants, while dining along a 200m stretch of the paved road. For more information, see the website.

Described as the “progression” of Adelaide’s decade-long CheeseFest, this new festival will showcase a wide range of Australian fermented foods – including cheese – over four days at Rundle Park. It will include an eight-course “Fermented Feast” presented by chef Jock Zonfrillo, wine showcases and masterclasses, talks, and food and drink workshops where fermenting experts will share their skills. You can read InDaily‘s interview with festival director Kris Lloyd here, and  find more information on the official website.

You could bar crawl or you can Urban Wine Walk. The Adelaide event will tour through Cantina Sociale, Five O’Clock Somewhere, Udaberri, NOLA, Bibliotheca Bar and Book Exchange, Electra House Hotel, Bar Torino, Hains & Co, Publishers Hotel, Mr Goodbar, Mother Vine, BRKLYN, The Gilbert St Hotel, 55ml and La Buvette Drinkery, and will feature wines from By Jingo, Shobbrook, Alpha Box & Dice, Delinquente and Vinteloper, among many others. Tickets are available for $49.50 plus booking fee, and can be purchased here.

Vegan Festival will descend on Victoria Square once again this October, promising amazing food stalls, a roster of keynote speakers, cooking demonstrations, and activities for the whole family. Keep an eye on the event page for updates.

Vardon Avenue will once again host a plethora of beer and sparkling wine producers, accompanied by food from East End restaurants setting up camp outside for the day. Details are scant at this stage, but keep an eye on the event page as more information is released.