The Chef’s Table at The Stirling Hotel – June 29

There will be two elements on show at the next edition of The Stirling Hotel’s Chef’s Table dinner – whisky and slow cooking. Executive chef Brendan Boothroyd will create a five-course menu highlighting slow-cooking techniques, while patrons are guided through a selection of whiskies curated by Malcolm O’Farrell and Graham Wright. Tickets are $120 plus booking fee and can be purchased here.

Meet Your Maker at The Griffins Hotel – June 29

The Griffins Hotel will host the first of its meet-the-maker dinners, highlighting the craftspeople behind Adelaide Hills Distillery’s 78 Degrees gin. Tickets are $30 and include three drinks based on the guest’s spirits, cocktail food, and a chance to chat with the distillers. For more information, see the event page.

It’s no secret that the daily sweets selection at Devour Café on Davenport Terrace in Richmond is delicious. But the maple bacon donuts and redskin macarons have nothing on the Dessert Nights menu prepared by the Devour Café kitchen. There are no bookings, but it will be well worth turning up between 6pm and 10.30pm this Friday, June 30, and Saturday, July 1. For more information (and a sneak peek of the menu) see the event page. 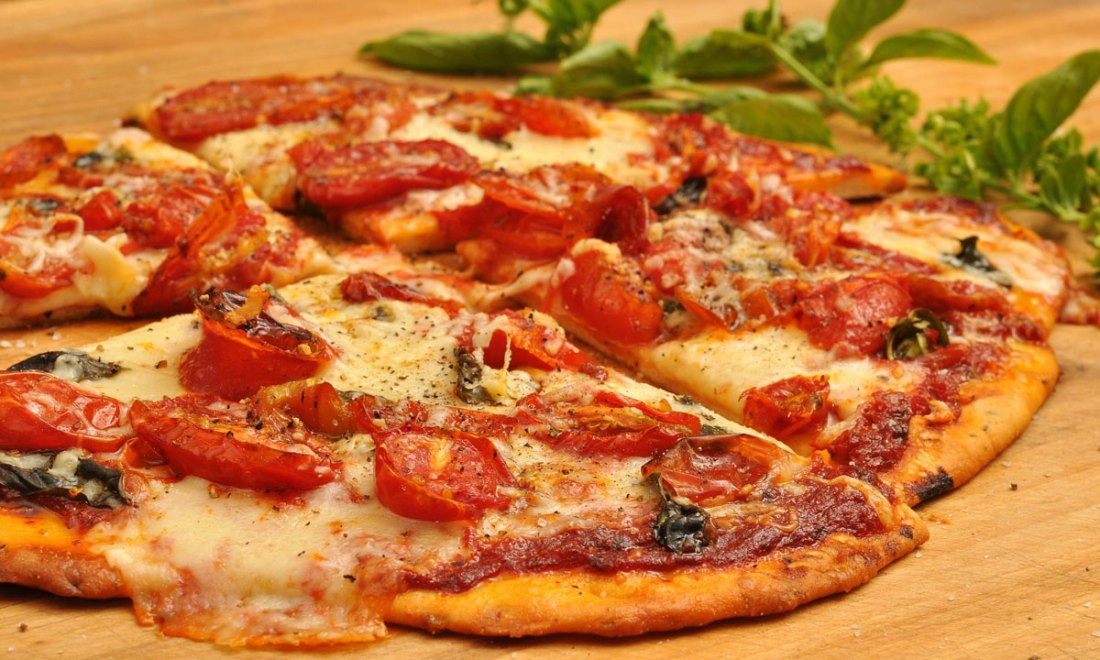 What better place than Campbelltown, Adelaide’s own Little Italy, for a suburb-wide pizza festival? Now in its fourth year, the festival will be held across 10 venues throughout the Campbelltown area, with each restaurant showcasing its take on the iconic dish. For a list of participating restaurants, see the Campbelltown City Council website.

Francophiles take note: Bonjour Barossa is back, bringing patisserie, boulangerie, charcuterie and more to Seppeltsfield’s 1920s-era cellar. Among the producers will be Goodwood Road’s Boulangerie 113, King William Road’s Mulots, and Udder Delights from Hahndorf. There will also be cooking demonstrations from Le Cordon Bleu and an “epicurean” tour of the Seppeltsfield estate with chef Owen Andrews. Tickets can be purchased here and are $15, or $20 at the door. 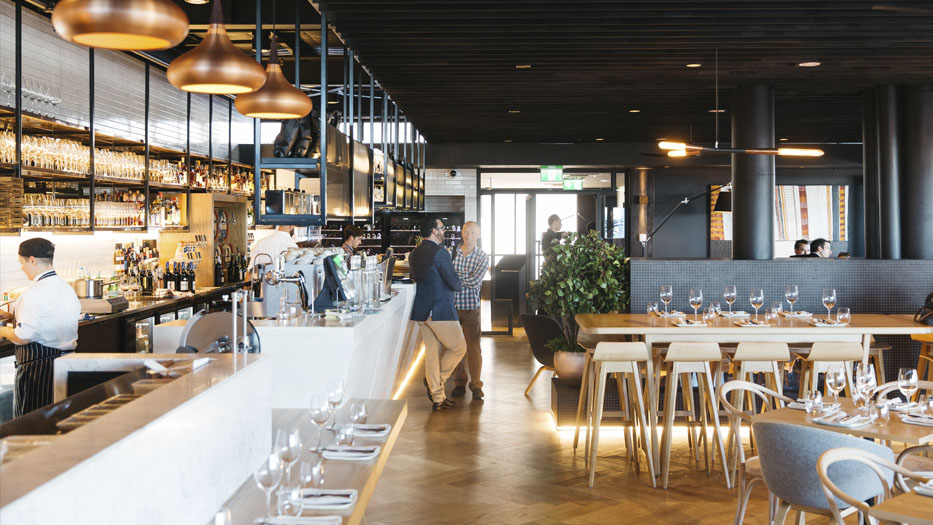 Bastille Day kicks off a day early at 2KW, as the venue embraces the best of French food and wine. The full menu is available to be viewed here, and you can purchase tickets for $140 per person from the 2KW website.

On Bastille Day proper, the team at Madame Hanoi are putting together “five courses of delicious French cuisine with a Vietnamese twist”. There will also be live entertainment throughout the evening. Tickets are $75 per person; to book call 08 8218 4166 or email info@madamehanoi.com.au. For further details see the event page. 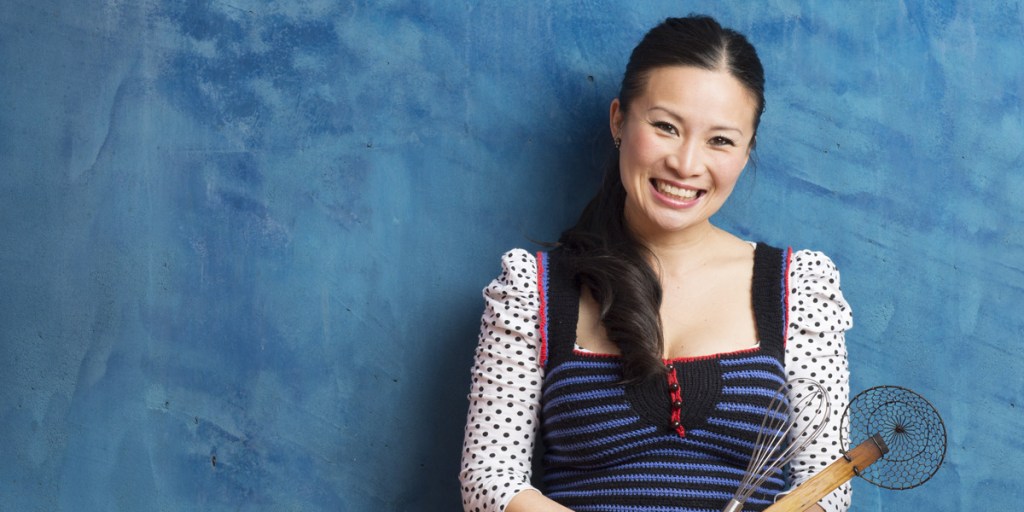 Poh Ling Yeow will also contribute to the Bastille Day celebrations with Parisian Crunch Club, held at Jamface in the Adelaide Central Market. The event will consist of a six-course French meal, designed and prepared by Poh. There is limited space in the Central Market stall, so call 0420 394 483 to book a spot. Tickets are $60 per person, excluding drinks. For more information see the event page.

Join Gavin Wanganeen and Daniel Motlop at The Henry Austin for The Power of Four, a gala event showcasing “the best of Adelaide’s Indigenous food, arts and culture”. The evening will see the opening of an art series by Wanganeen, and will feature food and drink from Motlop’s Something Wild, including its take on green ant gin. See here for further information and to purchase tickets.

Adelaide’s Inaugural Rad Beer Week is here, giving Melbourne’s Good Beer Week a run for its money. The Adelaide Beer and Barbecue Festival-affiliated event will feature a full roster of beer happenings spread throughout venues in the city. There will be collaborations at Little Bang Brewery, IPA battles at The Gilbert Street Hotel, and a beer quiz at 55ml for good measure. For more information see the Rad Beer Week Facebook page.

Brought to you by the minds behind the Adelaide Beer and Barbecue Festival and Up In Smoke is the inaugural Brewsical Chairs event, at a secret CBD location. There will be 10 tables, each hosted by a different craft brewery, supplying punters with beer thoughtfully paired to the barbecue menu created in “a smoking pit area that would rival any American BBQ house on the planet”. Tickets are $139 plus booking fee until June 30, $159 plus booking fee from July 1, and are available here.

Adelaide collectively mourned when news of CheeseFest’s cancellation broke last year, but this is happier news. Cheese-A-Holics Cheese Festival will be held at Plant 4 in Bowden and feature the likes of Udder Delights, Barossa Cheese Company, Edwards Crossing and Ashgrove Cheese, as well as refreshments from Hart of the Barossa and Prohibition Gin and non-cheese eats from The Lost Loaf, The Gourmet Entertainer and Penfield Olives. Tickets are $20 and can be purchased here; see the event page for further information.

While the best of the best will be smoking up at the Up in Smoke barbecue competition as part of the Adelaide Beer and Barbecue Festival (see below), the best of the rest will be at Little Bang Brewery in Stepney for the Bootleg BBQ Competition. Touted as “Adelaide’s very first low & slow event run specifically for backyarders”, it will see participants vie for amateur-level supremacy and a wildcard entry into the Up in Smoke competition the following weekend. For further information on the event and how to enter, see the event page.

Join OzHarvest on the Goodman Lawns of the University of Adelaide’s North Terrace Campus for Think.Eat.Save, a free lunch created from produce that would otherwise have ended up in landfill. There’s a way for everyone to fight food waste, and OzHarvest wants to show you how. For further details, see the event page.

Some might call it an unlikely pairing, but those with faith in the abilities of Steven Ter Horst Chocolatier know there will be a delicious way to match the bitter of Hawkers Beer to his sweets. Keep an eye on the event page as further information is revealed.

In the second of 2KW’s Whisky Dinner Series, five distilleries – Glenkinchie, Caol Ila, Oban, Dalwhinnie and Cragganmore – will be showcased and matched against food prepared by the 2KW kitchen and designed to highlight the characteristics of each whisky. Tickets are available here. 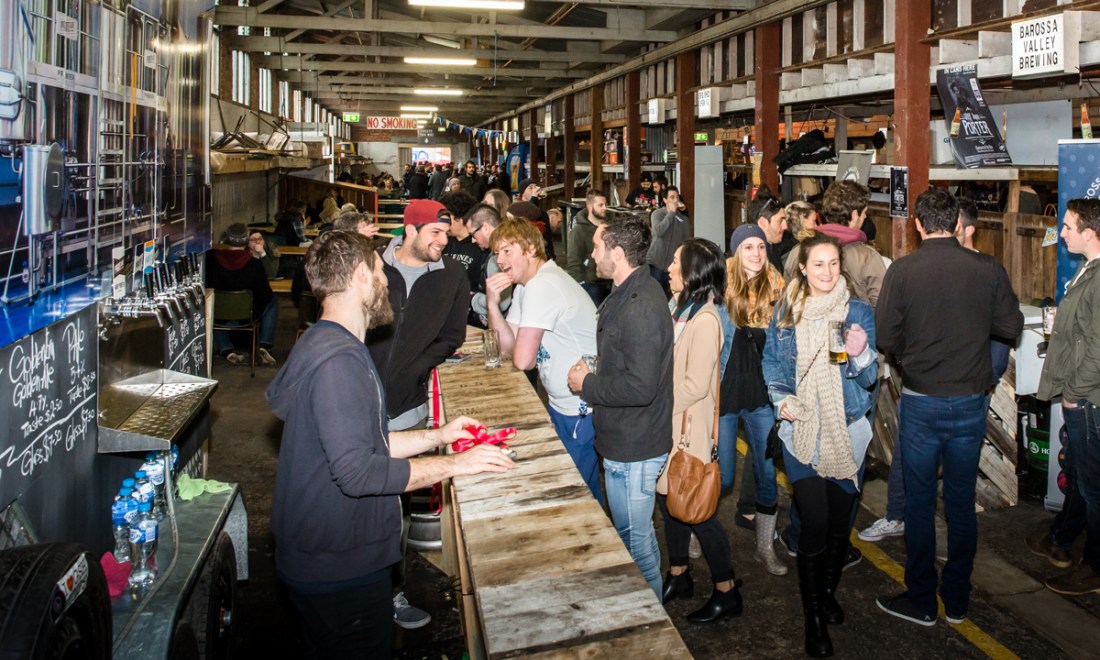 The 2017 Beer & BBQ Festival at the Adelaide Showground will feature Canadian dude-food legend Matty Matheson, of the SBS Viceland show Dead Set on Life, among guest chefs and restaurants that will present their take on barbecue. More than 60 beer and cider brands will be on show in the main beer hall, and there’ll be a beefed-up music line-up including Regurgitator, Ali Barter and West Thebarton Brothel Party. Read more here about the ABBF and other craft beer events coming to Adelaide in July.

The Adelaide Hills will be warming up during Winter Reds, a festival showcasing the region’s best winter drops. The program is a mix of free and ticketed events, with more than 30 venues providing the perfect excuse to steal away to the Hills for a weekend. Tickets are available now and the full list of events can be found at the Winter Reds website.

The Big Issue will host its seventh annual Big Issue Lunch at the Adelaide Central Market next month. Simon Bryant, Daniel Fleming (Hilton Adelaide) and Bree May will prepare the feast, while revellers sit back and enjoy, knowing it’s all in support of the work of The Big Issue. The event will run from 11.30am to 3pm. Tickets are available here.

Lovers of pinot, rejoice! Pinot Palooza will be happening at the Adelaide Gaol from 1pm-6pm on Saturday, August 5, featuring more than 100 pinots available for tasting. The first line-up announcement includes local favourites D’Arenberg, Shaw and Smith, and Vinteloper, with more to be announced closer to the date. For more information, see the event page.

The Australian Refugee Association will host “a culinary journey through the departure countries of Australia’s arrivals” at Plant 4 Bowden. The long-table lunch will span four courses and feature Dr Munjed Al Muderis, who came to Australia from Iraq at age 27 and is now a leading orthopaedic surgeon, ambassador for the Red Cross and human rights activist. For more information, see the event page.