A lot has changed in the decade since Australia was first introduced to Callum Hann – then a 20-year-old culinary prodigy from Adelaide, with raw talent that brought him close to winning the second series of MasterChef Australia.

After coming runner-up to Adam Liaw in 2010, Hann, now 30, has returned to the revamped program for another shot at victory, this time as a husband, father and successful business owner, with a maturity and experience that make him an improved competitor.

He’s also more determined than ever to win.

“I’m definitely in a much better place to give this a crack than I was the first time around,” Hann says.

“I’ve certainly changed a hell of a lot in the 10 years since then, both in terms of cooking ability and food knowledge, but also just growing up and knowing how to best work with people in the team challenges.”

In his first Masterchef experience, Hann says he was competing to prove his own skill and ability. In this season, though, he describes a more communal motivation.

The television show’s current season, MasterChef Australia — Back to Win, was already set to be historic, with three new judges replacing the familiar old guard, as well as the return of former contestants for a culinary battle royale.

Filming started early this year, and while current episodes show scenes of group challenges in front of crowds – with high-fives, hugs and judges eating from the same plate in close proximity – this will change soon, as aired episodes catch up to the COVID-19 restrictions.

Much like the contestants, Masterchef‘s producers needed to quickly adapt, changing the format to work within the boundaries of social distancing. Plans for interstate challenges and guest judges were scrapped.

“We’ve had to change a lot about the way it’s filmed, but we’ve been able to keep filming, which has been good,” Hann says.

And when the cameras stop rolling each day, contestants have also needed to deal with challenges faced by their businesses, restaurants, and employees.

“It’s not easy for anyone; I think it’s testament to the contestants who’ve had to try and focus on the competition when there’s so much going on in the outside world.

“There have been quite a few late nights trying to get our business, Sprout Cooking School, up and running online.”

When the show began filming earlier this year, Hann was occasionally jetting back to Adelaide to see his family. But when his wife and daughter came across to Melbourne to visit, border closures came into effect, and they decided to stay with him for the duration of the show.

“It did work out fortunately in that way, but it’s still been tough on them — my wife Crystal and my baby girl Elle don’t have their normal support network. Mum can’t pop across to lend a hand and they don’t have all the stuff that you’d normally have at home,” he says.

“It hasn’t been easy, but being together is the most important thing.”

Happy six months Elle. During these uncertain and scary times, family is the most important thing. Look after each other and be kind. Big love to everyone.

With Callum on set all day filming, Crystal takes care of parenting duties until he gets home. Despite running the gauntlet of MasterChef challenges, he still enjoys cooking dinner in the evenings.

“It’s quite relaxing to get home and cook. Cooking with the pressure of a film crew and a time limit versus being able to take as much time as you want at home feel like very different things, so I’m not sick of it at all.

“I also want to make sure we’re eating healthily. One thing about isolation is we’re probably not as active as we otherwise normally would be in life, so I’m conscious of making sure my family and I are eating well.”

In a recent episode, Hann came up against celebrity chef heavyweight Gordon Ramsay, winning an intense immunity challenge. The win showed he will be tough to beat this season – but it was also a lot of fun.

“Every chef has probably dreamt of either cooking with Gordon or getting yelled at by him,” Hann says.

“I love watching his shows, so to have that opportunity to cook a dish along with him at his speed was one of the coolest things I’ve ever done in my life. To win that challenge was pretty special.” 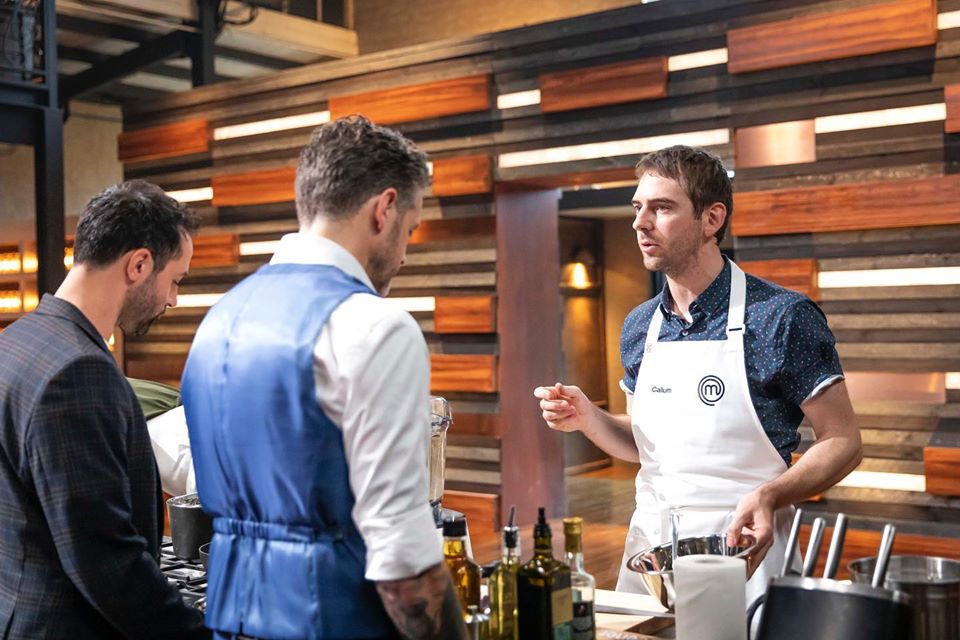 The continuation of the show under coronavirus restrictions also means MasterChef has a lot of viewer attention. With few other reality-TV or competitive sports to follow, Hann and his fellow South Australian contestants are giving the most parochial among us someone to barrack for.

Along with new host Jock Zonfrillo, the 2020 season has a strong SA representation. Season one runner-up and fan favourite Poh Ling Yeow, Laura Sharrad of Adelaide’s Nido Bar and Pasta, and Rose Adam, founder of Melrose Park cafe The Middle Store, are each competing for the top spot.

“One of the interesting things about the show is that we’re all in direct competition with one another, but it is such a positive, supportive environment and everyone is friends and genuinely wanting each other to do well,” Hann says.

It’s not the general reputation of reality shows, but he says MasterChef’s portrayal of the contestants feels true to the action happening in the kitchen.

“People think that we must get a few extra minutes here and there, or time to plan our dishes, which are all not the case. What you see is what you get.

“Competitors spend all their downtime memorising recipes and practising to make sure that when a challenge comes up that you’ve got that knowledge in your head ready to go.”

Despite the hit his business has taken due to the coronavirus, Hann is focusing on the positives and helping people to embrace cooking at home through Sprout’s online cooking classes.

“We’re seeing so many home cooks who are having a crack at that dish that they always thought would be too hard, or just eating healthier,” he says.

“There are many positives that can be found by effectively being forced to be at home with your loved ones. If you embrace that it can be a really powerful and positive thing.”