The adage that bad things come in threes rings true for Adelaide Hills wine producers Judy and Glen Kelly, who lost almost half of their Woodside vineyard to fire in December, only to then learn their remaining grapes were completely ruined by smoke taint.

Now, like all wineries statewide, their cellar door at Artwine has been forced to close under new measures announced on Monday night to slow the spread of the coronavirus.

Artwine has stood down its casual cellar door workers while hoping new government assistance schemes will enable them to keep supporting their long-time employees.

“Our cellar door is a big part of our business, as we’re normally open seven days a week,” Judy says.

“We’ve had to let some casuals go, which is really sad.”

The winery had been selling bottles and cases of wine to customers who could pick up their orders from the cellar door. Now, all wineries are required to close their cellar doors indefinitely.

Artwine is promoting an Isolation Pack of 12 wines, which for $350 includes its most unique and awarded wines, with free shipping Australia-wide.

Other producers are also offering free delivery and significant discounts. It’s a substantial offer, considering national retailers such as Dan Murphy’s have experienced a spike in demand and placed limits on certain items.

“We’re just doing what we can do to keep the online sales going and keep the business alive as long as possible,” she says.

“We just really need people to support the wineries. In isolation, I think everyone’s going to need wine – nobody must go thirsty.” 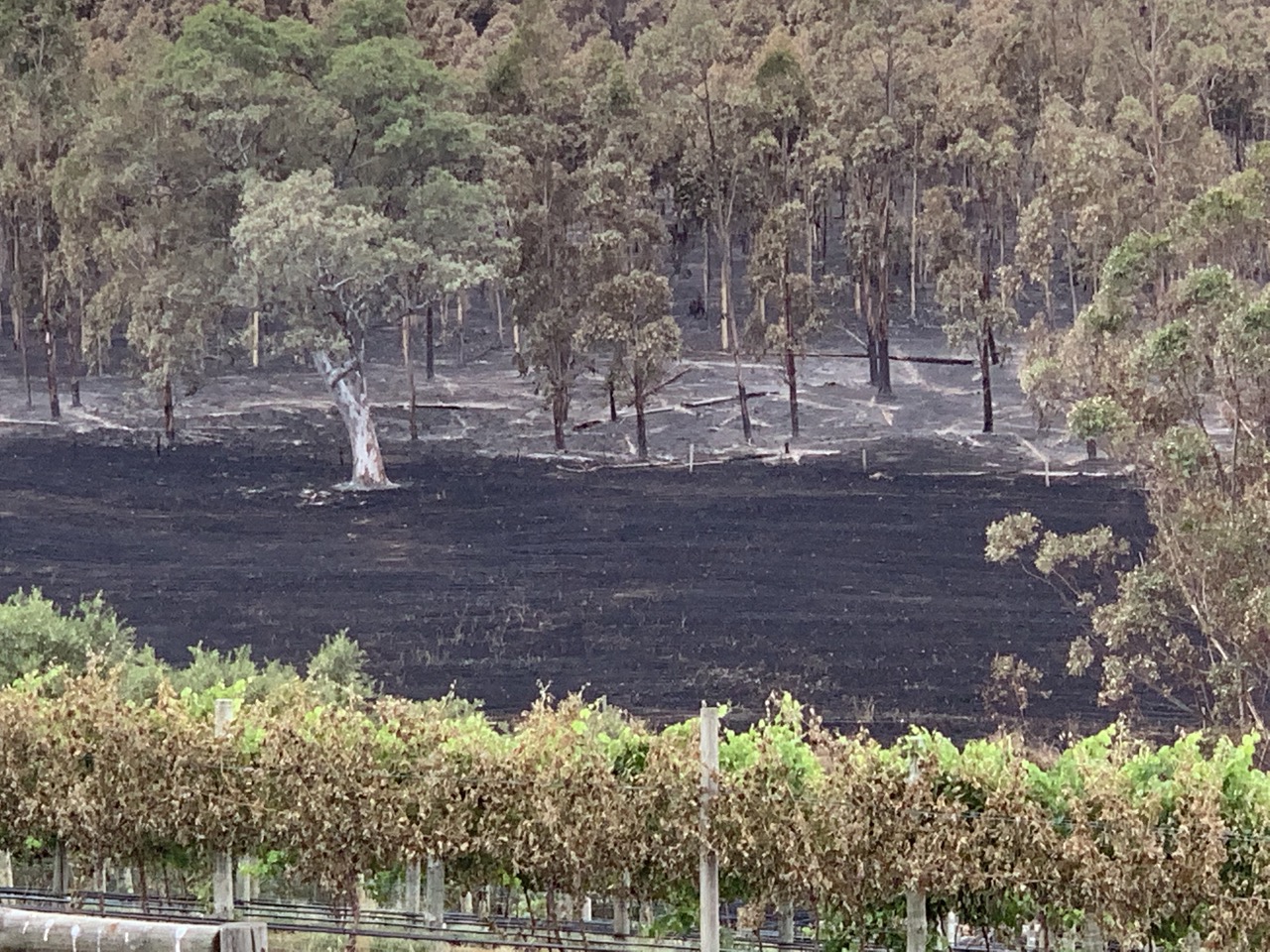 The aftermath of the fires at Artwine’s vineyard at Woodside.

When fires burned out of control in the Adelaide Hills and Yorke Peninsula on Friday, December 20, Premier Steven Marshall announced that it was “the toughest day for our state for some time”.

The catastrophic Hills fires – which scorched 25,000 hectares of land and destroyed more than 70 homes, 400 buildings and 200 vehicles – now seem like a distant memory amid the growing COVID-19 pandemic.

However, the Adelaide Hills region is still coping with the implications of the fires, with a third of its 3000ha of vineyards within the fire scar, and about 500ha of vines sustaining damage.

Some 120 fires were sparked across the state, including the Cudlee Creek blaze that eventually bore down on Hills locale Woodside. 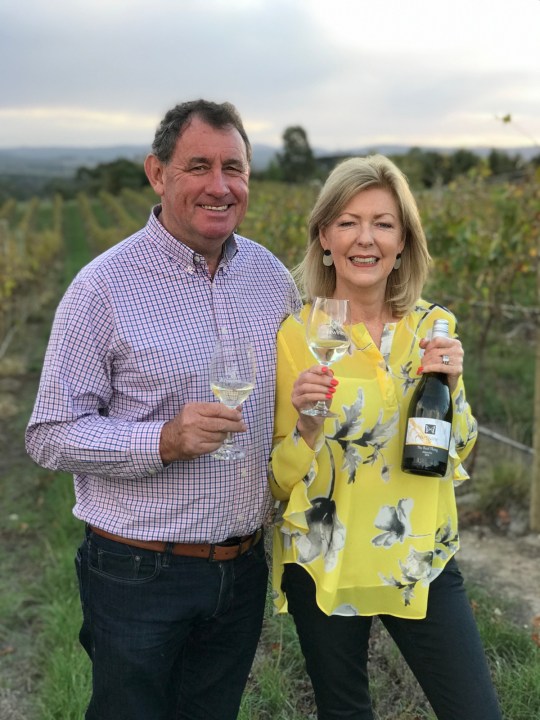 Glen and Judy Kelly, pictured in 2018 among their crop of Spanish Albarino vines wiped out by the fire on December 20, 2019.

Judy recalls the “horrifying day” when the fire came within 10 metres of her home, adjoining Artwine’s cellar door and restaurant — a structure only seven years old and designed by renowned architect Max Pritchard. Max also designed the Southern Ocean Lodge that was destroyed just days later during the Kangaroo Island bushfires.

“I got up to Woodside from the city and the smoke was terrible. I started packing the car and collected my beautiful dogs, and just got everything ready to go,” Judy says.

“We’ve got a big woodlot at the bottom of our property, so when the firewall hit, it came roaring through there and uphill through the vineyard towards us.

“It was just terrifying. The wind that day was ferocious and was driving the fire in different directions. That’s why it hurt so many areas in the Hills, from Mount Pleasant to Mount Torrens and from Cudlee Creek all the way through.”

Glen and Judy returned to their property the following morning to find their home and cellar door still standing — a huge relief, although they had lost 40 to 50 per cent of their vines to fire. “The buildings were saved, which was incredible,” she says.

Their crop of Spanish Albarino vines were wiped out, with Artwine being the region’s only producer of Albarino.

Any hopes for a salvaged vintage were deflated in the coming weeks, with smoke taint testing, carried out by the Australian Wine Research Institute, discovering that all their grapes were ruined by smoke.

The couple runs a second vineyard in the Clare Valley, where grapes were harvested this week ready to be crushed. However, yields are down more than 60 per cent because of a dry summer.

“It’s been lean this year. At the same time as the fires we had a few days of 45 degrees, which just fried the grapes, basically. It doesn’t matter how much water you put on to them, you don’t get any juice out of them,” she says.

“It’s tough, but at the end of the day it’s farming — we started out as grape farmers. But normally it’s drought or too much rain; we didn’t expect a fire.”

“It’s a difficult time for many in the wine industry, especially for us in the Adelaide Hills as we are still dealing daily with the recovery efforts of the recent fires and being able to sell wine and produce direct from cellar doors for takeaway was a small lifeline for some,” she says.

“Thankfully, deliveries are still available and we encourage everyone who is purchasing wine over the coming weeks and months to do so directly from their favourite producers.

“It will go a long way in helping the industry survive through these very uncertain times.”

Keep up with the Adelaide Hills Wine Region’s progress through the current COVID-19 calamity by following @adelaidehillswine on Facebook and  Instagram.