When InDaily called James for an interview this week, he had been back in his native Tasmania for less than 24 hours.

He has just returned from a four-month tour around Asia on a Churchill Fellowship, looking into traditional fermentation techniques, and while he says his trip has not yet fully sunk in, it seems to have been a success.

“I met some really amazing people who have dedicated their lives to literally creating one or two condiments,” James says.

“I spent some time in a monastery in Korea, where there is a nun named Jeong Kwan. She has a soy sauce that’s 10 years old that completely blew my mind, and some kimchis that were five years old, and she had about 60 big crocks, so big ceramic pots, and we’d just go from one to the other tasting things.

“It was just, without being all hippy-dippy, a really spiritual experience to do that.

“I’ve got back and I’m incredibly inspired to try and implement some of the techniques that I’ve learnt.”

James has been a cook for 20 years, and until recently ran Hobart café Tricycle, where he first started playing with fermentation techniques.

His love for the craft developed after reading the practice’s “bible”, The Art of Fermentation by Sandor Katz. Since leaping into a rabbit hole of fermentation research and experimentation, he has now launched Rough Rice, a specialty fermentation business.

James will be a guest at Adelaide’s inaugural Ferment the Festival this weekend, where he will teach a masterclass on a Kyoto-style pickle called shibazuke, prepare one of the eight courses in the festival’s Ferment the Dinner, and take part in another masterclass, in partnership with Orana and Bistro Blackwood.

The festival is a celebration of the many artisanal producers working in the fermentation field in Australia, but during his travels, James discovered many traditional Asian producers are facing a tough time.

“My primary interest was in learning about the cultural role and significance that fermented foods play, so I’ve spent a lot of time in really small production houses where a sixth-generation family is dedicating their life to making one particular product, and so it was fascinating, and also somewhat sad,” he says.

“A lot of these tiny places are just not viable anymore.

“I was making miso with this guy, and after six generations he’s having to shut his doors, because there’s no money in it and his kids don’t want to take it over.

“I’m not saying it’s a dying craft, it’s just that big business over there can mass-produce a very generic miso, for example, and sell it for a fraction of the cost, and so the small artisanal producer is becoming less and less common.” 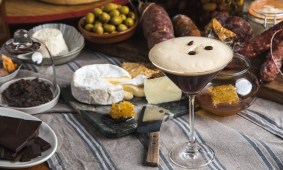 Festival bubbles over with ferment events

In Australia, it seems we’ve entered a new “Age of the Artisan”, and with a renewed interest in fermentation, there are myriad benefits for followers to reap.

“It’s a way to connect with your food, and I think any way for everyday people to connect with their food is really important – be it growing your own, or preserving,” James says.

“I just showed my parents how to make kombucha, and now they’re making their own kombucha… I think that these are very simple things to do, but I think there’s definitely – beyond the health benefits – it’s a wonderful practice. It’s a daily thing that you monitor and look after, and I’d love to see that, and definitely can see that becoming more and more of a role in everyday life.”

To purchase tickets to one of Adam James’ events, or any of the events on during Ferment the Festival, see the website.