Across the state each Easter, growers of the giant Atlantic pumpkin variety load their prized vegetables onto utes and trailers to travel all the way to the Riverland to be weighed, judged and sized up against the competition.

The Murray River Giant Pumpkin Competition holds a weigh-in as part of the local Harvest Festival, where forklifts are needed to cart the colourful and curvy behemoths that barely fit onto a pallet.

But this Easter’s annual weigh-in, run by the Cadell Community and Tourist Association, was cancelled because of COVID-19 restrictions and organisers were forced to judge the competition online. Entrants sent in their photos and measurements, rather than taking part in the traditional weigh-in.

This year’s $500 prize was won by Karen Naicker from Wongulla in the Riverland; her pumpkin measured nearly three metres round and weighed an estimated 190kg.

Normally, there is also an opportunity to attend the Half Moon Bay Pumpkin and Art Festival near San Francisco for a grower who can beat the competition’s current record of 390kg, set in 2011.

The record remains unbeaten this year, but there were some solid entries, including that of Port Lincoln’s Mat Fry, who grew a pumpkin that weighed 174 kilograms and secured him second place.

Fry was grateful to finally have some success, having participated in the pumpkin-growing competition for the last five years.

“Initially, my cousin and I had a bit of a competition going between one another. It’s not an easy thing to get a successful pumpkin by the end of it, but it’s an enjoyable challenge.

“It’s great fun for kids and it’s been amusing for my daughter. Once you get your pumpkin growing, they just pile on the weight so quickly. It’s quite amazing how quickly they grow, especially when you treat them right.”

Unlike household pumpkin varieties, the Atlantic can grow up to an enormous size thanks to selective breeding over decades, with the world record tipping the scales at about 1000kg.

Growers go to great lengths to keep them at the perfect temperature, provide food and water, protect their skins from drying, and cover them at night for warmth. Plants are also pruned to reduce the number of pumpkins on the vine, focusing all the plant’s energy into producing a champion specimen.

Fry is already preparing his Port Lincoln backyard for later in the year, when he will use the seeds harvested from his prized pumpkin to grow another.

Growers can easily source seeds through the competition organisers, a grower, or from garden centres.

“You can pay up to a few hundred dollars online for a specific seed. That’s a bit excessive, but some people do take it pretty seriously,” he says.

Seeds from the prize-winning pumpkins are often distributed to other competitors for next season — ensuring the continuation of prize-winning seeds.

“It’s a bit of a trick to get them pollinated; your plant has got to be healthy for the flowers to come up at the right time of the year. Sometimes you don’t even have a chance to get a pumpkin growing, especially if you have a hot stint of weather that stresses out the plant.”

This season, Fry sewed his seeds in December. Although that’s later than normal, he believes it has worked better, as long as the plant germinates by Christmas. 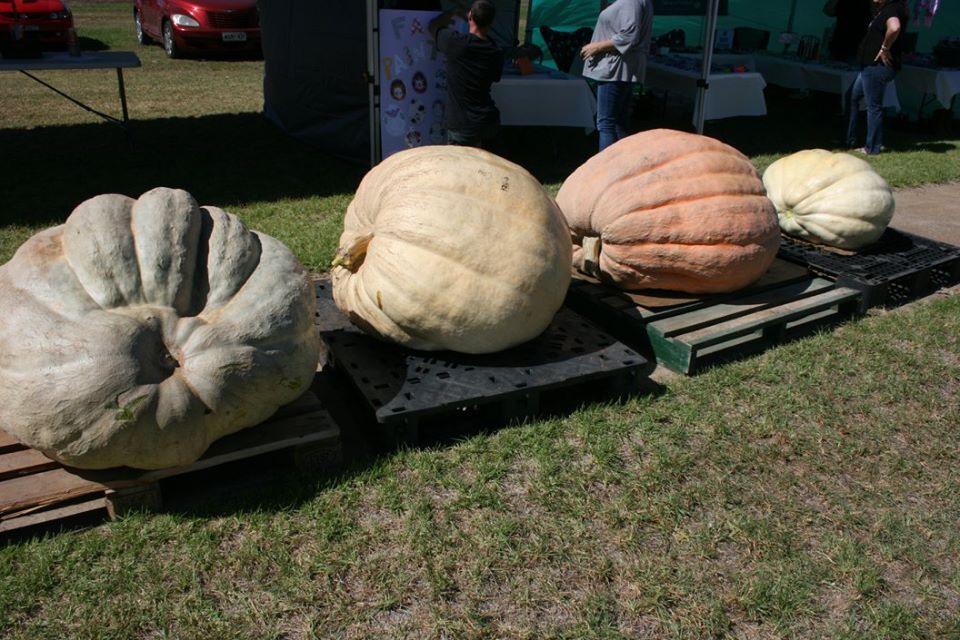 “The key to it is ground temperature. Your ground has got to be warm enough. I’ve always had problems trying to get them to germinate early,” he says.

What do you do with 174 kilograms of pumpkin… pumpkin soup?

“A lot of people asked me that, but they’re a bit bland. I don’t think they’re all that bad eating, but I’m not a real fan of pumpkin, anyway.”