Hosted by Mark Soderstrom at Adelaide Oval’s William Magarey Room, the Variety Showdown Shield Luncheon is supported by both Port Adelaide and Adelaide football clubs, with guest comedian, Lawrence Mooney. All proceeds support South Australian kids in need and the event runs from noon to 3:30pm.

Fully Juiced Natural Wine Party aims to celebrate the start of the vintage wine season with a party of South Australian organic and natural wine. Hosted by deejay John Spencer at the Port Admiral Hotel, expect lively music and food for this full-day fiesta. The event runs from 4pm to 2am.

The final weekend of four-week-long Adelaide Fringe is Sunday, March 15, with food and venue hubs Gluttony and the Garden of Unearthly Delights ending too. Before Mad March comes to a close for another year, get one last taste of the Filipino Project’s smokey barbecue street-food or Hubba Hubba Hummus’ Middle Eastern plates from Gluttony, or Pan and Vine’s famous slices and a plate of mushrooms from The Funguys at the Garden of Unearthly Delights.

South Australian fig grower Willabrand will host the popular annual Fignic at Glen Ewin Estate. Guests will receive a personal tour of the orchards, followed by a lunch with local produce. There will also be the opportunity to forage through the fruit orchard to pick your own figs for $10 per kilo. Wine and other beverages will also be available for purchase on the day. Tickets must be purchased online.

Wish You Were Beer Festival — March 14

Local picklers Nice Pickles will launch their new product Good Time Brine at The Stag this Sunday. Their new brew can be used as a Blood Mary mixer, a whiskey chaser and as a dressing on salads or pickling vegetables at home, but will be used in a slate of cocktails for its opening night, such as picklebacks, gin and tonics and more. The event will run from 4pm to 1:30am.

Vinomofo and Chalk Hill Wines are joining forces to make a McLaren Vale Shiraz entirely for charity. The last few grapes for this wine are going to be picked as a community event on Sunday, March 15 at Pollux Vineyard, 164 Chalk Hill Road, McLaren Vale. All proceeds from the sale of this wine will be donated to Adelaide’s Hutt St Centre. Volunteers must arrive at 8.30am.

The annual Craft Beer Fest highlights the of best local and interstate craft beer at the Edinburgh Hotel & Cellar. Patrons can meet their favourite local and interstate brewers, and taste more than 50 beers on offer from brands like Mismatch, Stone & Wood, Pirate Life, Moon Dog and more. Tickets are $55 and the event runs from 1pm to 5pm. 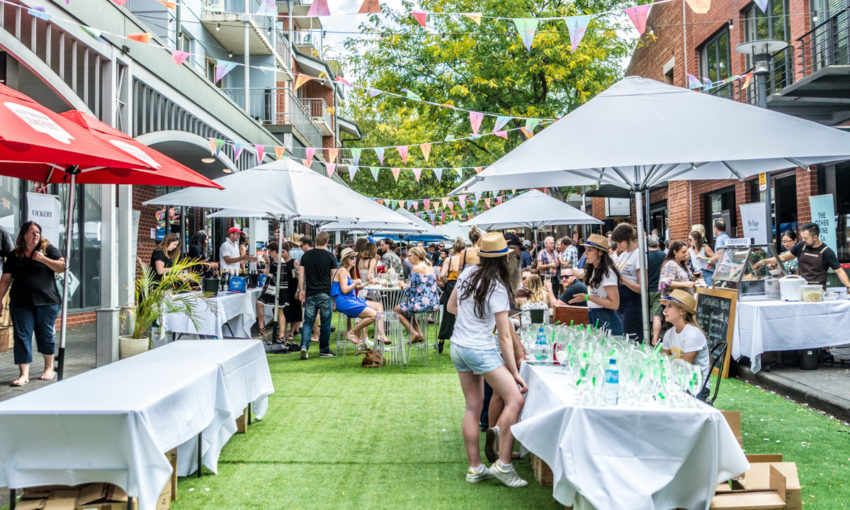 East End Wine Down is a pop-up laneway taste fest in Adelaide’s Vardon Avenue, running from noon until 5pm. With more than 100 leading South Australian wines to sample there will also be cider tastings and street-style food from the likes of Mother Vine, La Taberna, Eros, and The Tasting Room. Tickets are $40.

Each month nautical bar Hains & Co hosts a tasting club for women called Pouring Ribbons. Their next instalment will spotlight Japanese gin, vodkas and whiskeys, and explore how the Japanese industry responded to a boom in popularity. Patrons will be offered nibbles and five Japanese spirits to taste. The event runs from 7pm to 9pm and tickets are $45.