The inner suburb of Regency Park has three breweries that all make a diverse range of fresh brews that are well worth a visit (plus one across the street that’s also worth your time).

Here are four great beers from four great brewers all – almost – within walking distance of each other.

Campus Brewery, at TAFE SA’s Regency Campus, is a hidden gem. The brewer and brewing lecturer Stephen Nelsen regularly creates an interesting range of beer styles. They’ve won numerous awards for their beers including Champion Other Lager at the 2019 Royal Adelaide Beer & Cider Awards for their Pink Pig Lager, which used malt smoked in the brewery. It was out of the ordinary, yet nothing short of sensational.

A range of their core beers, as well as seasonal releases, are available for purchase at very reasonable prices in Results Cafe on campus. These include their current English Bitter that’s big and malty, yet only 4.4%abv. The 2nd Best Bitter is chewy and rich with well-balanced bitterness and complexity.

While you’re at Results Cafe, you can also sample a mixed collection of products from the campus’s cookery, butchery and cheese-making classes. It’s always a surprise to see what’s available on the day, but a range of beers are always available (unless sold out).

Coopers brewery is hard to miss in their massive site just across the road from Regency TAFE.

While you can’t arrive unannounced and try their beers, they do run pre-booked tours of the brewery which last between 1.5 and two hours for $33 per person. Of course, beer tasting is included. There’s a maximum of 15 people per tour and all proceeds from the ticket price go to the Coopers Brewery Foundation.

While you’re there, try the iconic Coopers Sparkling Ale. Plenty of people know of it but some aren’t familiar with the pure joy of a fresh “Coopers Red”. It’s the original Coopers brew from 1862 and head brewer Nick Sterenberg says: “If you come to Coopers, drinking a Sparkling Ale is like drinking water from the well. You’re drinking it from the source. It’s a great beer. It’s not the hops, it’s the yeast. For 26 years I’ve worked with this yeast and love is not too strong a word.”

Fresh Sparkling Ale is almost grainy in its malt freshness. This isn’t surprising as Coopers make their own malted barley on site.

Sparkling Ale has a beautiful balance of malt sweetness and light piney hop bitterness with a full-bodied mouthfeel. The yeasty esters give hints of red apple and banana.

A trip to Harbour Town or Semaphore is never complete without an excellent wood oven pizza and a tasting paddle from Sweet Amber, but their brewery is a hidden gem.

Here you’ll find their excellent core range of fresh beers but also seasonal releases from eight taps, and maybe even a sneaky taste of what’s brewing from the fermenters.

Brewer Peter Fincher currently has a new IPA he’s working on. He doesn’t want to give too much away.

“I’m just mucking around with recipes,” he says.

He would only divulge that the new brew has several American hops and three different malts. The IPA is 5.9%abv and presents clear and orange with a soft luscious mouthfeel. He doesn’t like cloyingly sweet beers so the IPA still finishes refreshingly on the dryer side and is totally sessionable.

The small brewery tucked away in an industrial estate is cosy, yet modern and comfortable with the brewing equipment in plain sight for visitors to see.

If you can’t get your hands on the new IPA yet, try the Bitter Amber. It’s crystal clear, hop-forward, and nothing short of glorious. 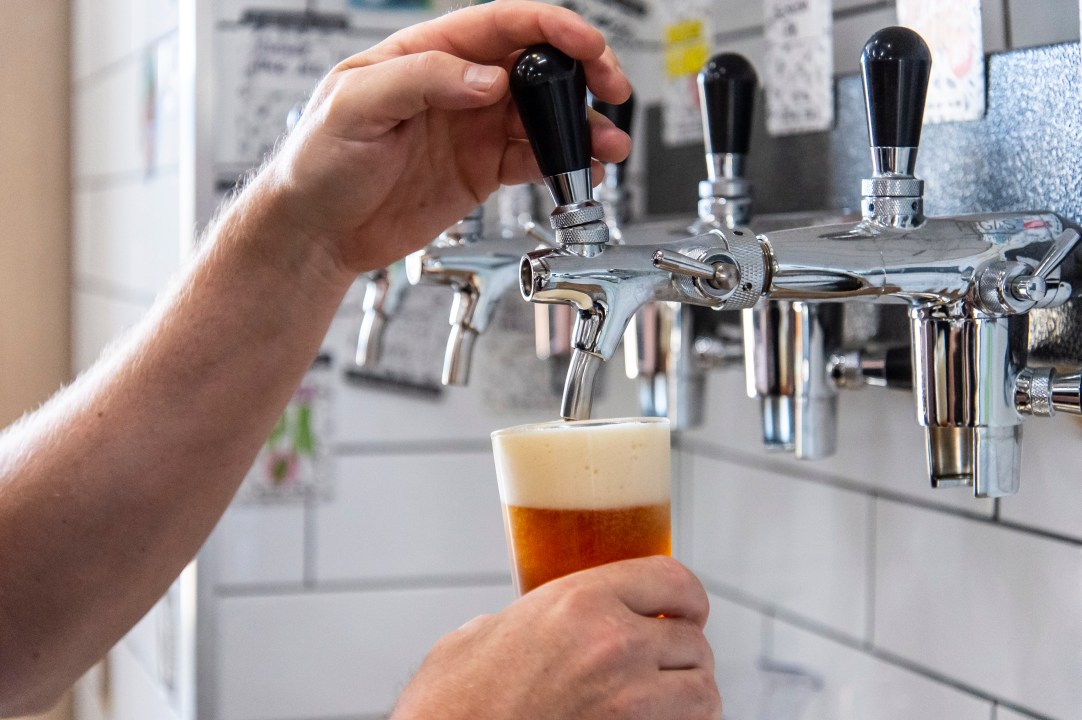 The Boys are technically not in Regency Park (only by a few metres) but sit directly across the road from Regency TAFE.

Brew Boys have been around for a while and relatively new owners Owen Davies and Daniel Michael are continuing to keep a growing group of die-hard fans happy with their core range of beers, and also a few new ones.

The tasting area has a range of taps serving up a variety of drinks.

One particular beer, Hoppapotamus, has gained a cult following, popping up in some of Adelaide’s more beer-aware restaurants for years. It’s described by the Boys as: “A BIG Pale Ale with enough hops to choke a large African animal.” It’s a 7%abv ale that’s rich with a deep mahogany colour. It’s very piney, resinous and bitter, with toasted fruitcake and a big body to match. It has great sweet vs bitter balance and perfect carbonation fresh on tap at their bar. It finishes surprisingly refreshing and bright for such a big beer. Hoppapotamus packaging is about to have a makeover with new cans and labels hitting the market in the following weeks.

John Krüger is an Adelaide-based photographer and home brewer with a passion for good beer. He’s on the Royal Adelaide Beer and Cider Awards committee as well as a beer judge with the awards.