The Kangaroo Island fires, which were yesterday morning declared contained after more than three weeks of active firefighting, came within 4km of Kangaroo Island Spirits – one of a number of Cygnet River businesses near Kingscote Airport on the Playford Highway.

KIS owners Jon and Sarah Lark were evacuated to Kingscote, and on January 3 also shifted large amounts of stock away from the approaching fire front. The stock included a number of barrels of the island’s first whisky, which were taken to Penneshaw.

“The whisky is very precious to us because it obviously hasn’t been released yet,” Jon said.

“We were in Kingscote that night and people were evacuating their houses and going down to the jetty where the army were because they could see the horizon glowing and they were concerned the town was going to go.

“It was a really terrifying night. No one got any sleep in Kingscote and it was difficult to breathe.”

KIS re-opened its cellar door on January 6 but only yesterday began producing its first gin since December 20.

“Fortunately we had quite a lot of stock but we didn’t plan on being closed this long,” Lark said.

“We’re all pretty exhausted and the water is pretty bad so we’re having to make gin using cask water at the moment because our rainwater tanks are full of ash and while the mains water is safe to drink, it tastes terrible.”

The cellar door accounts for about a third of KIS’s business and, while numbers have been well down, Lark said there had been a significant response online to an offer of donating $10 a bottle towards local recovery projects such as the Stokes Bay Community Hall, which was destroyed on January 3.

“That will also get us over the line in terms of being able to pay our staff, which is what our goal has been this month.

“There’s staff here whose families have lost everything and our issue has been to try and keep moving forward so we can look after those guys.”

Sue and Jon Lark with one of their Kangaroo Island Spirits stills.

The Kangaroo Island fires burnt 211,000ha – almost half of the island – mainly at its western end.

“There’s starting to be a few tourists now but we’re certainly way down on last year,” Lark said.

“We have a good peak at Easter again and it’s quite possible that we’ll see an even greater surge than we’re used to – let’s hope so, because the Island’s economy certainly needs it.

“Between getting off the ferry and driving the 45 minutes here you don’t see any burnt country, so there’s a lot of places between here and Penneshaw that are still OK and other places like Seal Bay and Stokes Bay are open again, so people should get back to the Island.”

Hemsley-Smith said it was still unclear if their 10ha Cygnet River vineyard, planted with Shiraz, Cabernet and Chardonnay, would be affected by smoke taint from the fires that passed within a few kilometres.

“Joch’s about to go over to pick some samples and if we get a smoke taint reading back we won’t even bother netting the vines to keep the crows off,” she said.

“At this stage we’re open and we’re just keeping on and waiting to see what’s going to happen but the damage so far has been from a falling off of visitor numbers.

“We only opened the cellar door in December 2018 so we don’t have any long-term figures but it’s definitely been quieter.” 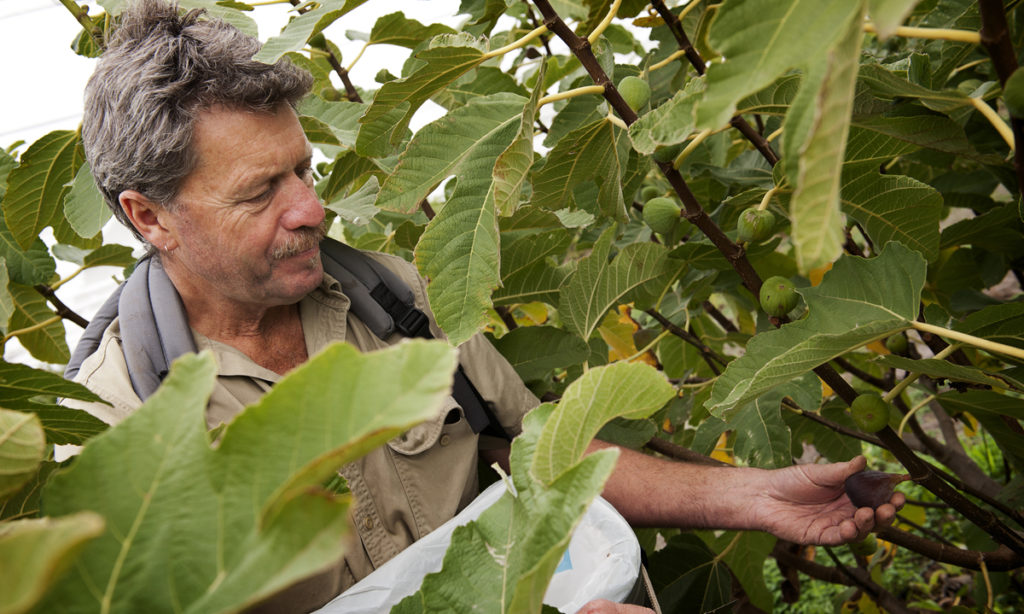 A little further down Playford Highway towards Parndana, Islander Estate Vineyards suffered significant fire damage to its 12ha vineyard but has managed to reopen its cellar door to visitors.

About 15km to the south, Clifford’s Honey Farm is also experiencing a quiet start to the year. The fire came within 14km of the business, forcing owners Dave and Jenny Clifford to twice evacuate to Kingscote while their daughter Sharon Simons stayed on at the farm. The beehives were moved to the eastern part of the island – as far away from the fires as possible.

Simons said while sales had taken a hit, they were much better off than many.

“There are lots of people we know who have lost everything, so having a downturn in visitors to the island seems pretty minor compared to what other people are going through,” she said.

“Other honey farms have lost hives and one beekeeper lost his truck.”

Simons said the long-term issue for the island’s honey industry was the huge amount of vegetation that had been burnt and the many years it would take to recover.

“We do have bees that haven’t been destroyed but they are going to struggle to have anything to eat so we are going to have to feed them with sugar.

“Normally this time of year we move our hives to the north-west part of the island where there were a lot of sugar gum trees but that’s one of the worst affected parts of the island.

“It’s going to take years because the trees have to regrow and even then a new tree won’t give you a huge amount of honey; it’s trees that are many years old that do that so it’s a big challenge for everyone because nothing like this has ever been seen here.”

Stokes bay fig and olive producers Dan and Sue Pattingale battled embers and torching trees on the evening of January 3 and are “pretty pumped” to have escaped the fires relatively unscathed.

“We lost some fencing, most of the olives are scorched and a few of the figs lost a bit of net and all of the drip lines, but we are still here and still in business,” Dan said.