Restaurateur Durkhanai Ayubi says there’s more to the five-part cookbook Parwana, Stories and Recipes from an Afghan Kitchen than just instructions on how to make delicious dumplings.

“The cookbook is about the food and my family because that is a part of what makes up Parwana, but it’s also a lot broader than that,” explains Durkhanai, who is also a journalist.

“The story tries to thread together a few different narratives, including the historical context of the food, our family, and what are our hopes through the food and the restaurant, but also the history of Afghanistan.”

Parwana, from Durkhanai’s mother-tongue Farsi, translates to butterfly in English, but for South Australians the word has become synonymous with delicious Afghan food.

Her parents Zelmai and Farida Ayubi fled their home in Afghanistan’s Kabul in 1987 and arrived in Adelaide with their four young daughters (a fifth child was born here). After 20 years spent settling in and working odd jobs, they opened Parwana Afghan Kitchen in Torrensville.

Family matriarch Farida, who already loved cooking traditional meals for her family, ran the kitchen, while charismatic Zelmai brought warmth and hospitality to the rustic shop-floor. With plates piled high with beautiful food and a dining space decorated with photographs and ephemera from the family’s past life in Afghanistan, Parwana quickly garnered a following.

Its success has also sparked three offshoots – two bite-sized versions of the restaurant in the city’s East End and at Flinders University, both called Kutchi Deli Parwana, and Shirni Parwana sweets at Plant 4 Bowden – all run by members of the Ayubi family.

Durkhanai has just finished writing the text for the Parwana cookbook and it is scheduled for publication next October. It will include all the recipes from the restaurant, including favourites such as morgh kofta (chicken meatballs blanketed in spiced tomato and garlic sauce), kabuli palaw (long-grain rice dressed in pistachios, caramelised carrots and almond slivers), banjan borani (eggplant cooked to gooey perfection) and mantu (rose-shaped vegetable dumplings).

Although some restaurateurs prefer to keep their secrets, Durkhanai says her mother’s vision for Parwana has always been to share the recipes, with culture kneaded into the meals.

“The impetus for our food is quite personal,” she says.

“Our food is something that’s historical and profound, and given the contemporary history of Afghanistan, that is something that must be remembered and shared, so I guess for us the book is just the next iteration of that.

“Afghanistan has this really amazing history of different ingredients and different cultures that are fused together, which shows through the cuisine, and exploring that through this story is important.”

Interspersed with the recipes, Parwana, Stories and Recipes from an Afghan Kitchen will chronicle Afghanistan’s history and the Ayubi family’s ancestral and lived memories, including of migrating to Australia.

“With the cookbook I’ve chronologically explored the history, far back into the history of Afghanistan, and brought it through to the present, and I think the reason it was really important for me to write it that way is because so much of the narrative around Afghanistan today is tainted by the polarised binaries of our world today,” says Durkhanai.

“But there’s this bulk of history that people don’t really even know about that is also rich and interconnected – because Afghanistan sits at the centre of the Silk Roads, the ancient trade route between east and west and north and south, and that cultural interchange that is a part of our shared history is relevant to all of us.

“I think the hopes for the cookbook is that the story of hope [of Parwana] is more permanent than the story of violence and division and disconnection. It’s a commemoration of that and it’s also an offering of something beyond that.”

Imagery from Kabul on the wall of Kutchi Deli Parwana. Photo: Angela Skujins

While her research for the cookbook required reference to  historical texts, she says it was vital that it include the voices of her parents, sisters, nieces, nephews and in-laws.

“We’re all super excited, because it’s something that means something to all of us. It’s a way to share something that’s important to us as migrants, in a new land, in the country that we’ve now adopted as home.”

Durkhanai, who has written articles for publications such as Crikey and The Australian, says she has found writing the cookbook a fulfilling experience.

“I actually started to see myself quite differently.

“I felt more attached to my own history and I understood my context within the story of my great-grandmother, my grandfather, my mother. I was kind of starting to see these different dimensions of my own story and my siblings’ story.

“This is the first time I have really interrogated it and pieced things together.”

Durkhanai says she will always be drawn to cooking, which represents more than just the ingredients or methodology necessary for creation.

“Food is more than food,” she says.

“Food is an element of culture and culture is story and shared history, and it makes up these kind of interlinked iterations of stories, so for me food is a narrative.

“It’s a non-verbal narrative and in so many ways that’s really powerful, because it does what words can’t always do, which is offer an experience for people to partake in.

“And it’s delicious!” she adds with a laugh. 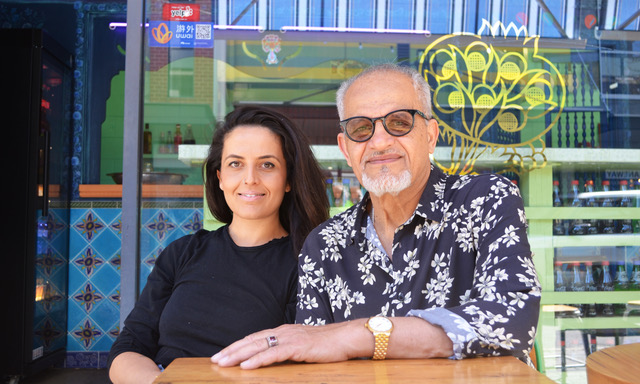 Parwana, Stories and Recipes from an Afghan Kitchen will be published by Murdoch Books in October 2020.