Palmer Hospitality Group director Martin Palmer says the Hotel McLaren’s location made it an attractive new proposition for the business, which also operates 2KW Bar and Restaurant, The Highway, The Warradale, the Morphett Arms and the recently opened Paloma Bar and Pantry on Peel Street.

“It was of interest to us because we think that the town, the wine region, is a location which has dimensions in hospitality that can be explored further than they have been previously,” he tells InDaily.

“You combine the fact that it’s a country pub, it’s in the main street of a quite bubbly town even though it’s kind of on the cusp of suburbia, and it’s also a destination for local people and people from interstate and overseas.”

Dating back to around the 1850s and originally known as the Clifton Hotel, the pub has traditional bars, a large restaurant/dining area, a gaming room with 22 machines, a drive-thru bottle shop and a historic wine cellar.

When it was offered for sale several months ago, expressions of interest were sought from “motivated” operators prepared to take the hotel “to the next level by way of a refurbishment program”.

Martin Palmer also has a financial interest in Adelaide Hills pubs including the Crafers and Stirling hotels, which may give some idea what’s in store for the Hotel McLaren in terms of giving a fresh focus to an old venue.

Palmer says significant changes are planned “in terms of the flow of the hotel and interior structure”, but they will take place over the longer term.

“We think all venues run to their own unique beat, and before you start knocking walls out or building new walls you really want to understand that beat.

“We’re there for the long term, so we’d prefer just to get in and operate it for a while and get a real feel for it before we decide absolutely what needs to be changed and what goes where  … we just want to fill it with great people and great product, for a start.”

Nonetheless, the group is looking to make some aesthetic changes fairly quickly, including making the façade more vibrant, and has sought council permission to add seating out the front of the hotel. 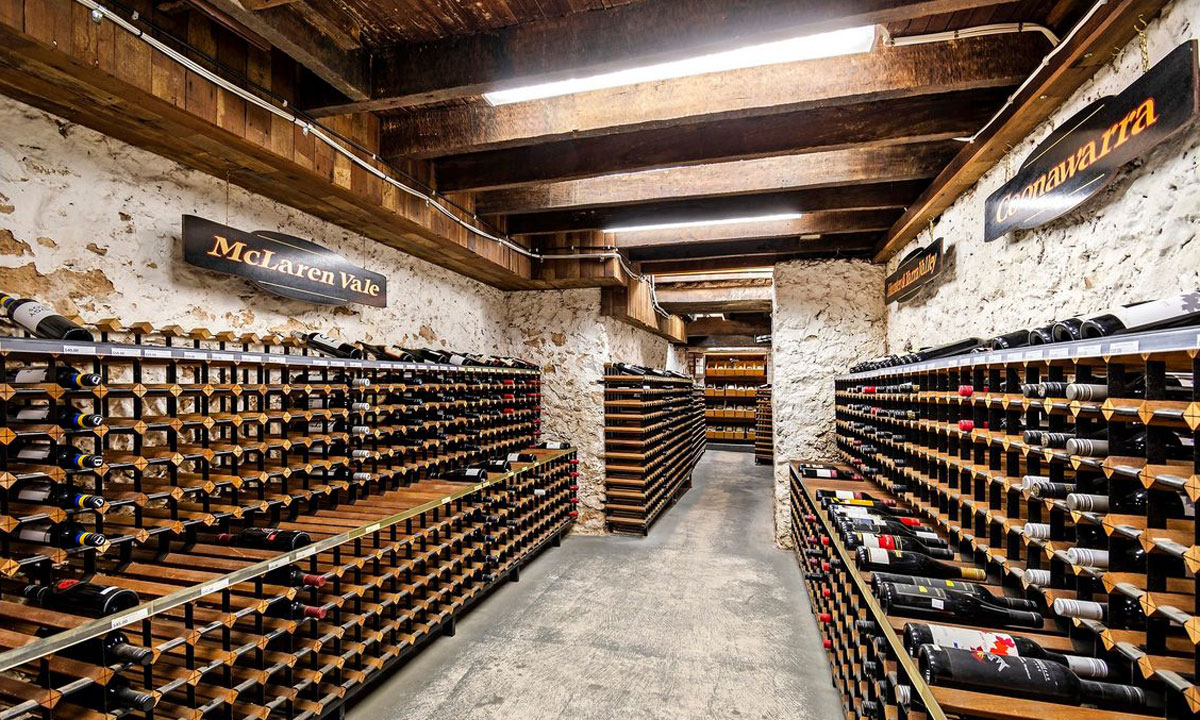 The food offering will also be given a refresh when Simon Burr – co-owner and head chef of the acclaimed Olfactory Inn restaurant at Strathalbyn, takes over as new head chef later this month.

“It’s very exciting – it will be a change but I’m looking forward to it,” says Burr, who confirms that the Olfactory Inn, which is currently for sale, will continue trading despite his new role.

The classically trained chef is already considering ideas for the hotel’s new menu, which he says will reflect his “regional and seasonal” focus while still suiting the pub vibe.

“The only thing you really have to offer in a pub in Australia is a schnitzel and I don’t want to get rid of that – if you did, I think there would be a revolt!”

He’s envisages Coorong mullet fish ’n’ chips on the bar menu, and tapas and tasting plates which could be served both at the bar and in another separate, wine-bar-style area.

“I’ve got this fascination at the moment with sandwiches like a po’ boy and the Reuben, so I might work on that as a specialty – and maybe burgers, with a west coast of the US sort of vibe … I’m just kicking that idea around.”

The main dining room, which has an outlook over Tintara Winery next door, will offer more of a “gastro-food experience” that will see Burr continue to champion Fleurieu produce such as local dry-aged meat and possibly even Coorong carp, which has become a signature feature of the Olfactory Inn menu. He says the hotel environment also offers the potential to work with a local producer to showcase nose-to-tail dining.

“That may not be on day one, but it’s certainly something to work towards.”

One thing the Palmer Hospitality Group will definitely be working towards is moving the hotel’s prominent gaming room.

“Exactly what we do with it, I’m not sure yet,” Martin Palmer says. “It’s something we need to get a feel for, but I do know that it can’t stay where it is.

“If we want to get the hotel back to having a real food and beverage focus, then that interrupts the flow of the whole thing. And it’s probably the best room in the hotel, actually – it has a beautiful fireplace in it. It will take a bit of planning, though, so I wouldn’t expect anything to happen until after Christmas at least.”