“It’s a little bit different from what we’ve [previously] done,” says Stephanie Daughtry, co-director Post Dining, the Adelaide business which has won a following for its innovative and immersive events merging food with music, art and performance.

“We’ve done a lot of sit-down experiences where obviously there’s food in the space that you can consume, but this one’s a little bit different… we’ve been calling this exhibition an exhibition of hospitality, because it’s more about how food is important to people and how it brings people together.”

Post Dining has partnered with members of the Iranian, Latvian and Kaurna communities to present Hunt & Gather, which is intended to celebrate the way in which different food customs have shaped Adelaide’s culture.

Showing at the Drill Hall at the Torrens Parade Ground as part of South Australia’s History Festival, the exhibition will open next Tuesday (May 7) evening with a sold-out event including talks by community representatives and food tastings. The exhibition itself will continue until May 10, and features footage from community centres, audio headsets playing food stories from each of the featured communities, and a station where visitors can share their own food stories.

“We’ve been really exploring more of the storytelling side of food and how that’s important in terms of how we then understand what we’re eating and who we’re eating with,” says Daughtry.

For Latvian community member Ulla Gicasvili, the exhibition is a chance to share a slice of her heritage, including the story of a dish central to her community – piragi.

She learned to make piragi when she was about 12 years old, and describes the crescent-shaped pastry as “a little bacon and onion roll”, with the part of the bacon used in the filling varying “depending on which side of the road or which village you lived in”.

“It’s like a dumpling, but it is baked,” she says. 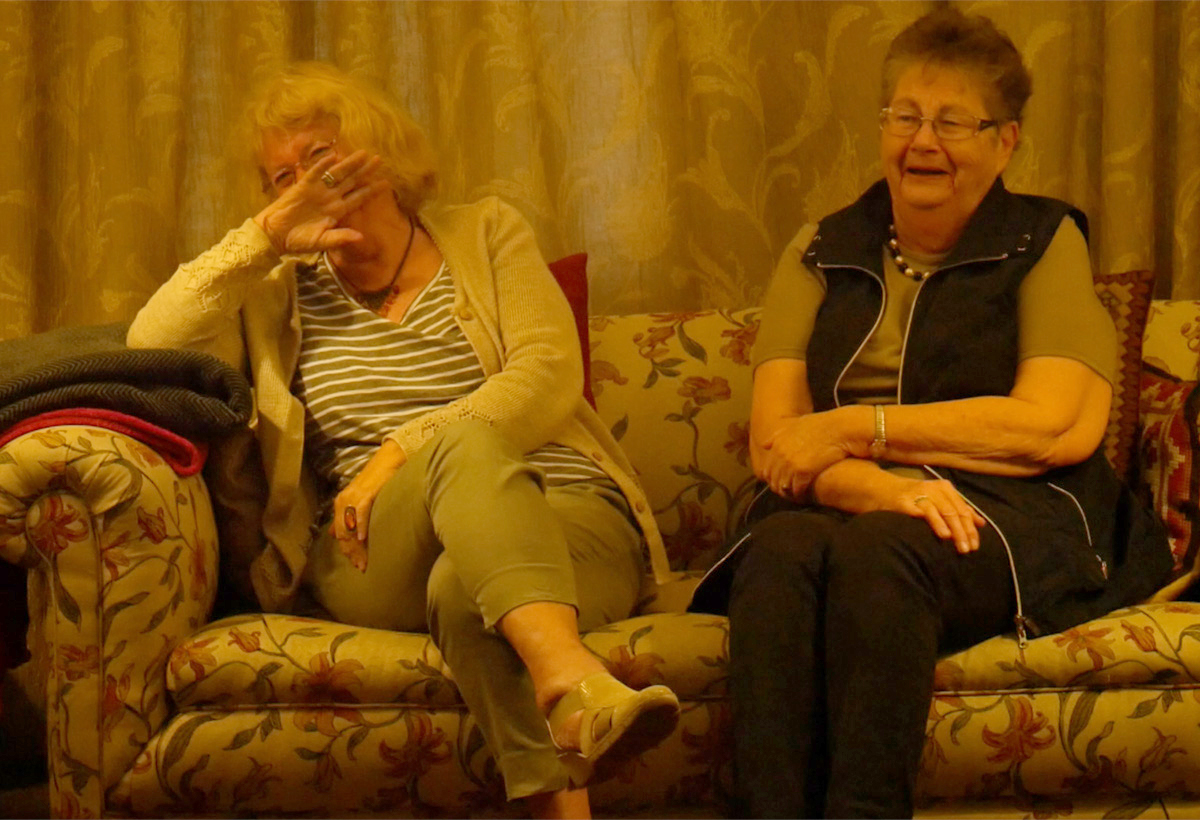 Gicasvili says that when her children grew up in Australia during the ’60s and ’70s, piragi was considered “too foreign” to be eaten anywhere outside of the home. But she has gradually seen that change and it has become a favourite among her children, who once ate it begrudgingly.

“The kids have seen other people also appreciate the same things, so gradually they are starting to ask for those things.

“I think it’s nice to keep up customs. I think it’s an important part of our growing up to retain some of our customs from Europe.”

The exhibition will include footage of Ulla Gicasvili making piragi.

The exhibition will also feature footage of Kaurna elder Uncle Tamaru performing a smoking ceremony, and a station where people can learn about and sample edible native plants and Persian tea.

“And they can make their own teabag, which they can then take home with them,” says Daughtry.

“Anytime Iranians will have people over, they will always have tea prepared for them on a summer bar, which is kind of like this traditional kettle…and that keeps it warm.

“A black tea is always the base, but they have saffron or cinnamon or cardamom or so many flavours like rose buds [and] lots of other herbal teas that they will add to that to make a unique flavour.

“It’s just about making people feel welcome and at home, and there’s definitely a process that goes into making sure the tea is fresh and boiled to the right temperature and the right colour.”

Daughtry hopes the exhibition will not only be a chance for people to learn something new, but also to form connections.

“I would love people… to feel like they have understood and become a part of cultures that they might not necessarily feel much of a connection to,” she says.

“And food is such a beautiful way to connect people in that way and bring people together to celebrate the strength of our diversity.”

Hunt & Gather is a free exhibition in the Drill Hall, Torrens Parade Ground, and runs from 10am-4pm, May 7 until May 10. Although the opening event on May 7 is fully booked, those interested in attending it can be shortlisted by emailing postdining.experiments@gmail.com.