Fire and Flavour, opening at the Kerry Packer Civic Gallery on Monday, offers a taste of what’s to come from a new book by Lewis and writer Nigel Hopkins which celebrates the cooking of Nu’s family on their farm in Ang Thong, about 100km north of Bangkok.

“It’s a mixed farm,” says Lewis, who travelled there with Nu and Hopkins last July.

“They have irrigation canals that they use as fish farms, there’s rice paddies; everything that grows within 100 metres of the house is edible – all kinds of fruit and vegetables and herbs.

“There’s a massive jackfruit tree right outside the farmhouse which was groaning with 5kg jackfruit when we were there.”

Nu, who came to Australia around 30 years ago, was taught to cook on the farm by his mother Prateung and sisters Lek and Na, going on to forge a successful culinary career that included opening the former small Gouger Street restaurant Nu Thai and being the first chef at Golden Boy on North Terrace.

The forthcoming book, Fire and Flavour: Nu’s Food, is a tribute to his mother, who still lives on the farm.

Lewis jokes that it’s a tough gig, being a food photographer – “the subject matter often has to be eaten when the photography is done”. During his visit to the farm, the family cooked an array of dishes, all in an outdoor kitchen, with the use of open fires adding to the drama of the food preparation.

The photos give an insight into traditional Thai cooking methods, with one series of images showing how rice and coconut milk are poured into lengths of bamboo before being lined up between pieces of wire and roasted by a fire on either side.

Other photos were taken in the streets, countryside and markets of Ang Thong and Bangkok, where some of Nu’s siblings run restaurants, while others are from the Adelaide restaurant Lantern by Nu, which he opened in 2017.

The Fire and Flavour photo collection is being presented by The Bob Hawke Prime Ministerial Centre at its Kerry Packer Civic Gallery from April 1-26 as part of Tasting Australia. The book is due for release in the coming months by publisher Wakefield Press.

Photos from Fire and Flavour 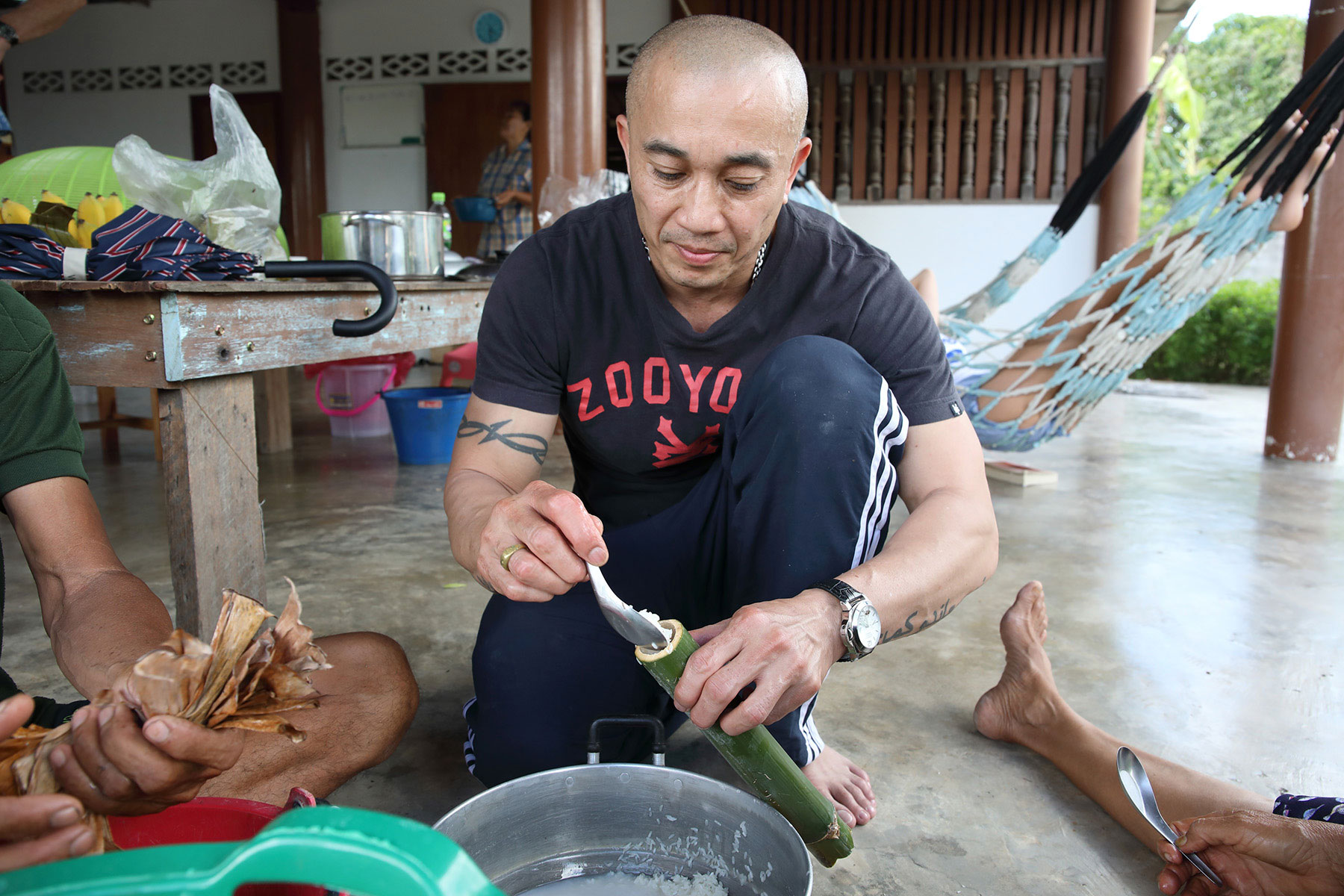 Nu Suandokmai preparing a rice and coconut mixture for cooking in lengths of bamboo at his family’s farm in Thailand. Photo: Tony Lewis 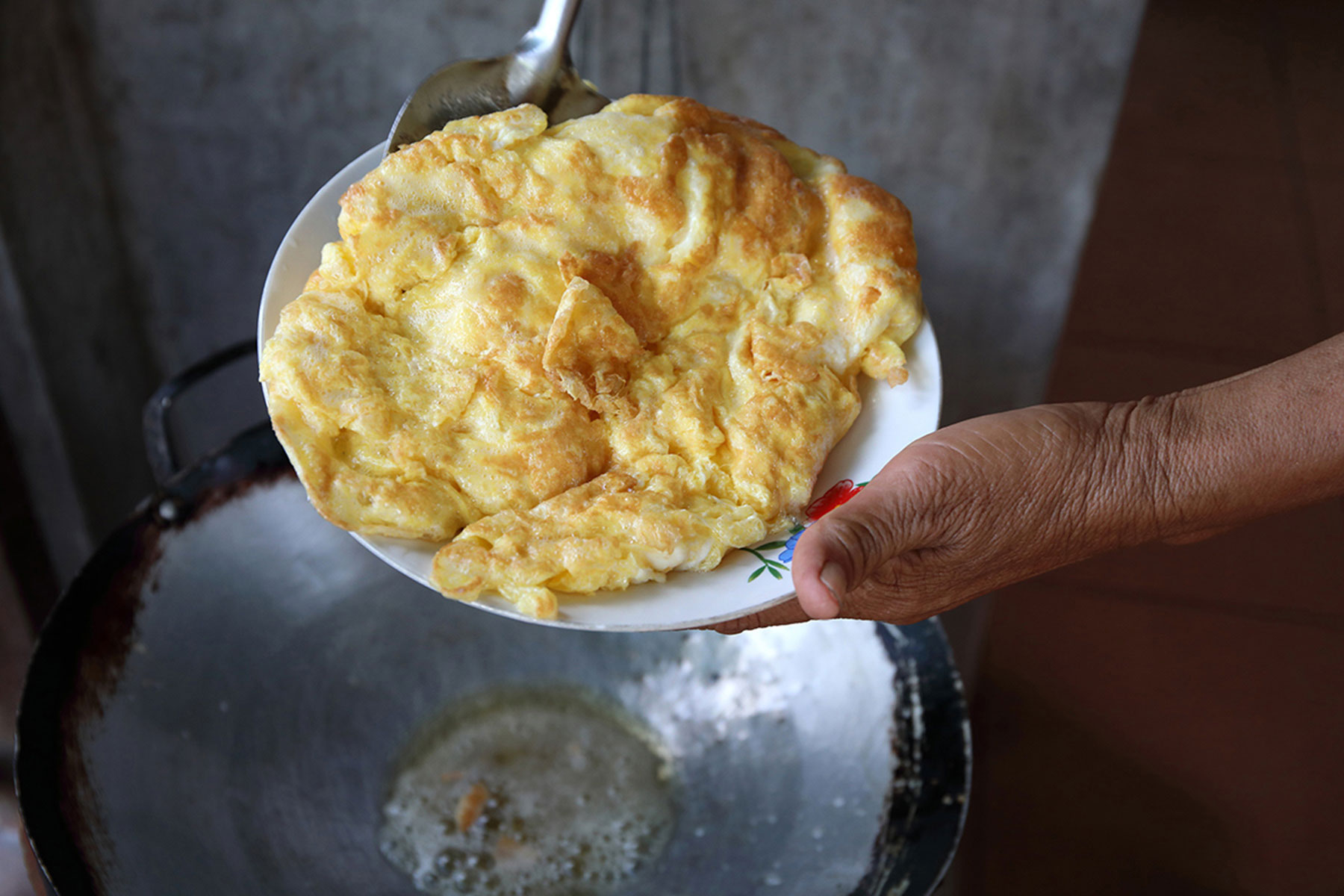 Nu Suandokmai in his Lantern by Nu restaurant in Adelaide. Photo: Tony Lewis 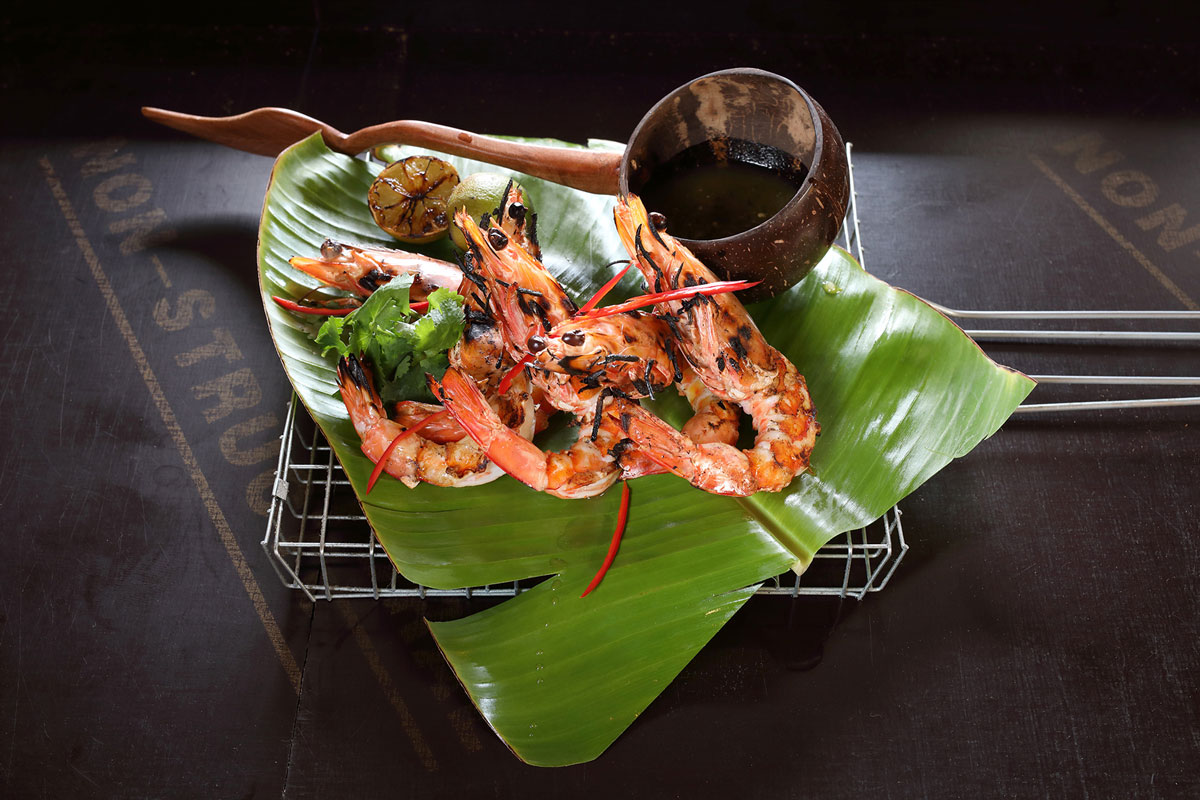 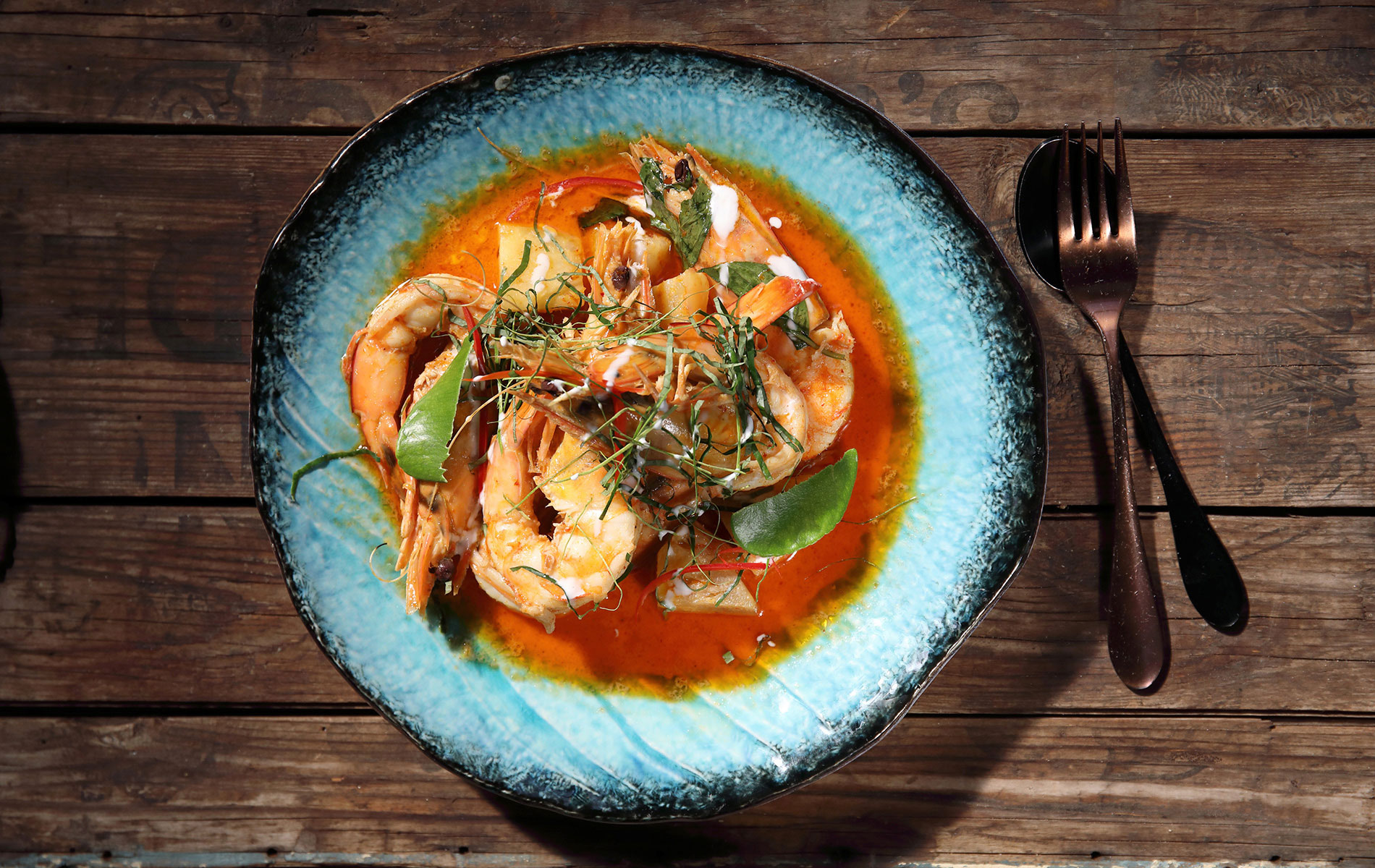 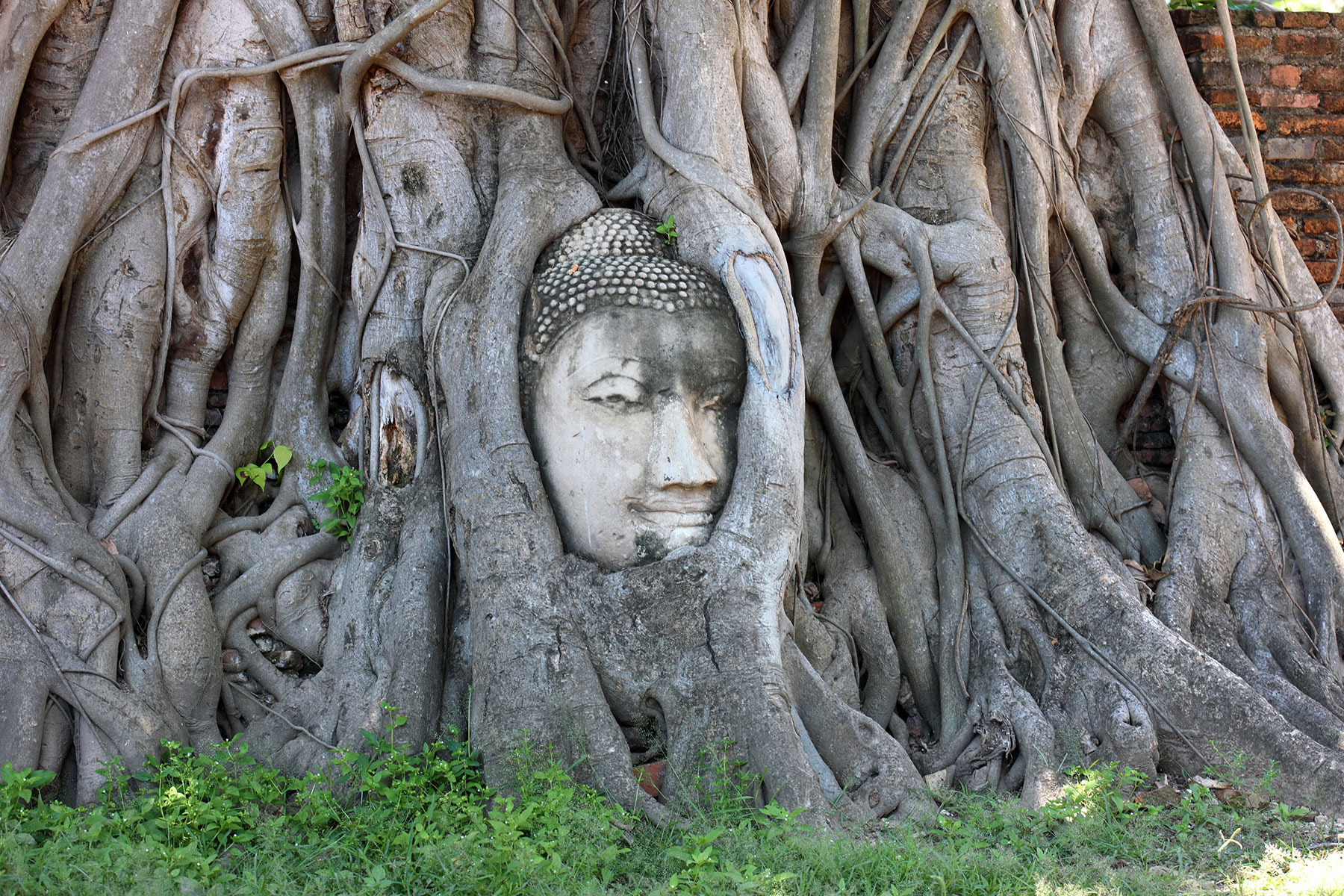 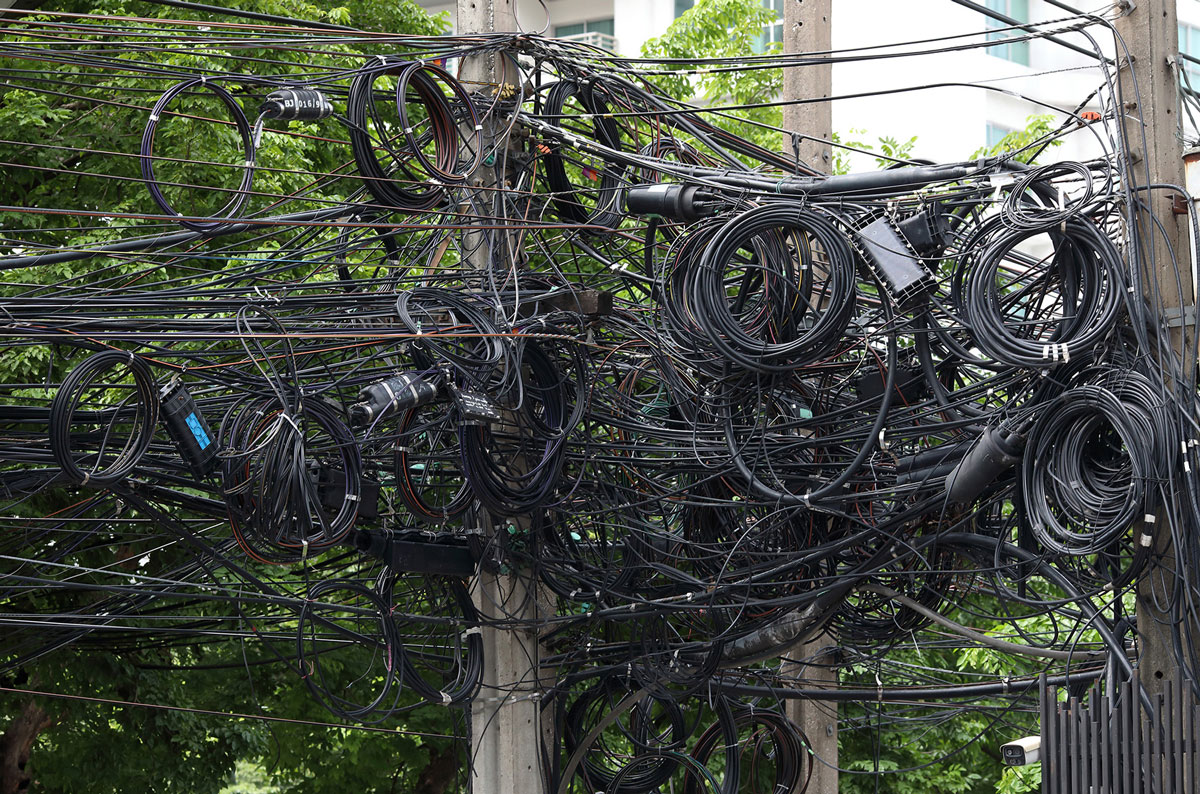 A tangle of electrical wiring in Bangkok. Photo: Tony Lewis