While a shopfront isn’t in the immediate plans, KIS director Sarah Lark says it might not be too far off.

“We’re definitely talking about that and I think there’s real potential for not just us but for the whole Kangaroo Island produce set-up like there is in the Central Market to occur in Port Adelaide,” she says.

“I stayed in Port Adelaide for a week recently and I really didn’t realise how much it had changed there – parts of it are really starting to take off and there’s a very good feel about the place.”

The revitalisation of Port Adelaide has been talked about for two decades but it has only been in the past year or two that it has started to materialise through projects such as the Hart’s Mill transformation and the Woolstores precinct upgrade, where Pirate Life is building its new brewery, bar and beer garden.

KIS is already sold in more than 200 bars and bottle shops across Australia and is looking to increase its presence on the eastern seaboard through its new Sydney-based distributor, Nip of Courage.

Its gins boast a distinctly Australian flavour enhanced by the inclusion of local botanicals such as foliage from the coastal daisy bush (olearia axillaris), native juniper (myoporum insulare) and locally grown lemon myrtle and aniseed myrtle.

Sarah and Jon Lark, who established Australia’s first dedicated gin distillery on Kangaroo Island in 2002, are also hoping to begin exporting their gins later this year.

The warehouse location in Port Adelaide will play a role in national and international distribution.

“It is really going to help in times like we’ve got at the moment when the ferry doesn’t run for a number of days (because of bad weather) and we can’t get things off the island,” Sarah says.

“So this is going to be a nice place for us to also store our stuff and work from in Adelaide, but we can also offer master-classes and training to people wanting to get to know our products better.”

The distillery will set up the warehouse in the coming weeks and hopes to begin using it for classes in October or November.

The Cygnet River distillery has ramped up production in the past 12 months since installing a new 300-litre still at the beginning of last year. It also uses its original 80-litre copper pot still for specialty batches.

While its Wild Gin, which uses locally sourced boobialla or native juniper, is easily its biggest seller, the distillery’s Old Tom Gin stole the limelight this week when it was awarded a gold medal at the coveted 2018 International Wine & Spirits Competition in London. Wild Gin was awarded an outstanding silver medal and the KIS Whisky Barrel Gin was awarded bronze.

Adelaide-based distiller Never Never Distilling won silver medals for its Southern Strength and Triple Juniper gins, while Tanunda-based Seppeltsfield Road Distillers were awarded a silver medal for its House Gin and a bronze for its Barossa Dry Gin. 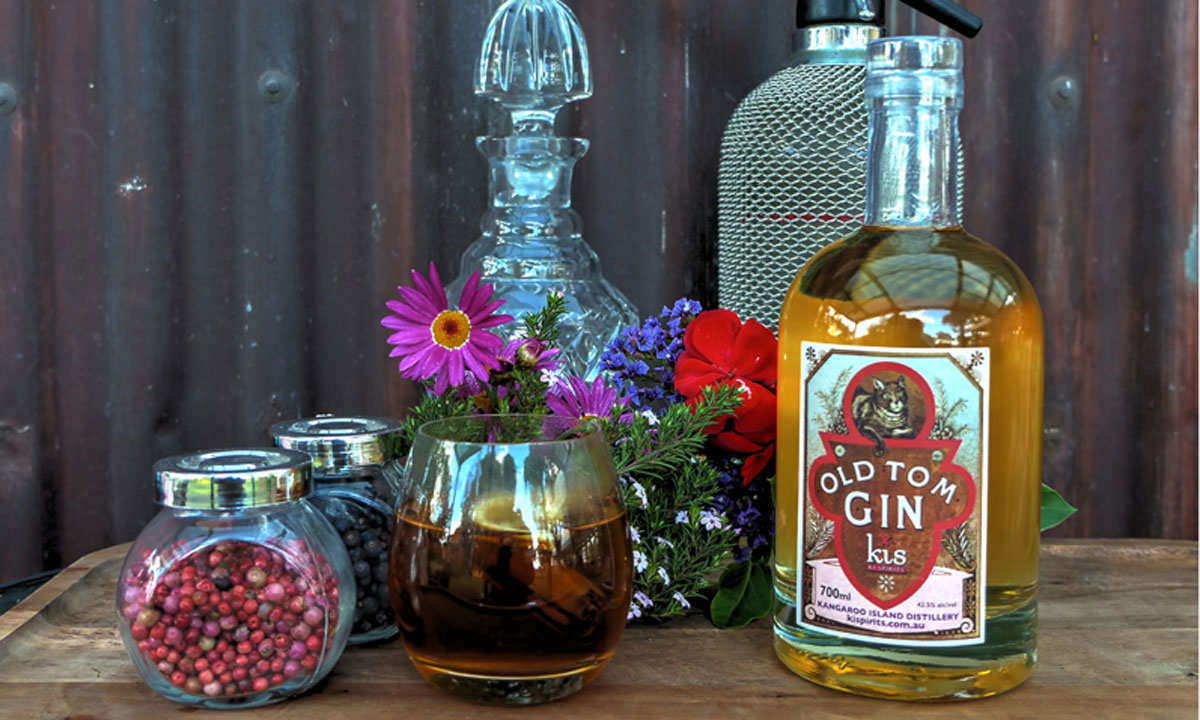 There are about 20 distilleries in South Australia and 150 nationally but only about 1 per cent of spirits consumed in Australia are produced here.

Sarah says the Kangaroo Island distillery and the market still has plenty of room to grow.

“We are doing three still runs a week at the moment so we could do a couple more and if the demand is there we could get it going 24-hours,” she says.

“There is definitely room for growth in the market, too, but there is also education needed for people to look at what it is that they are drinking and look at where it comes from and not just go for the international brands.

“Within the city area of Adelaide and in some suburban pockets, people are starting to realise what they are drinking but there’s definitely an opportunity to grow people’s appreciation of what’s made locally.”