The big old mustard-coloured shed on Forktree Road at Carrickalinga has been a subject of discussion since Ben Hatcher’s parents bought the farm on which it sits around 18 years ago.

The farm was once part of the sprawling Forktree Estate, which dated back to the 1800s, and the original shearing shed would have been an integral part of the property’s operation, but it has been used only occasionally in more recent times.

Structurally sound and offering enviable views, it could perhaps be converted into a yoga retreat or backpacker-type accommodation, Ben’s two brothers suggested.

But after being bitten by the craft brewing bug, he had another idea: why not turn the shed into a brewery?

“I thought, this could be awesome – scary, but awesome at the same time.” 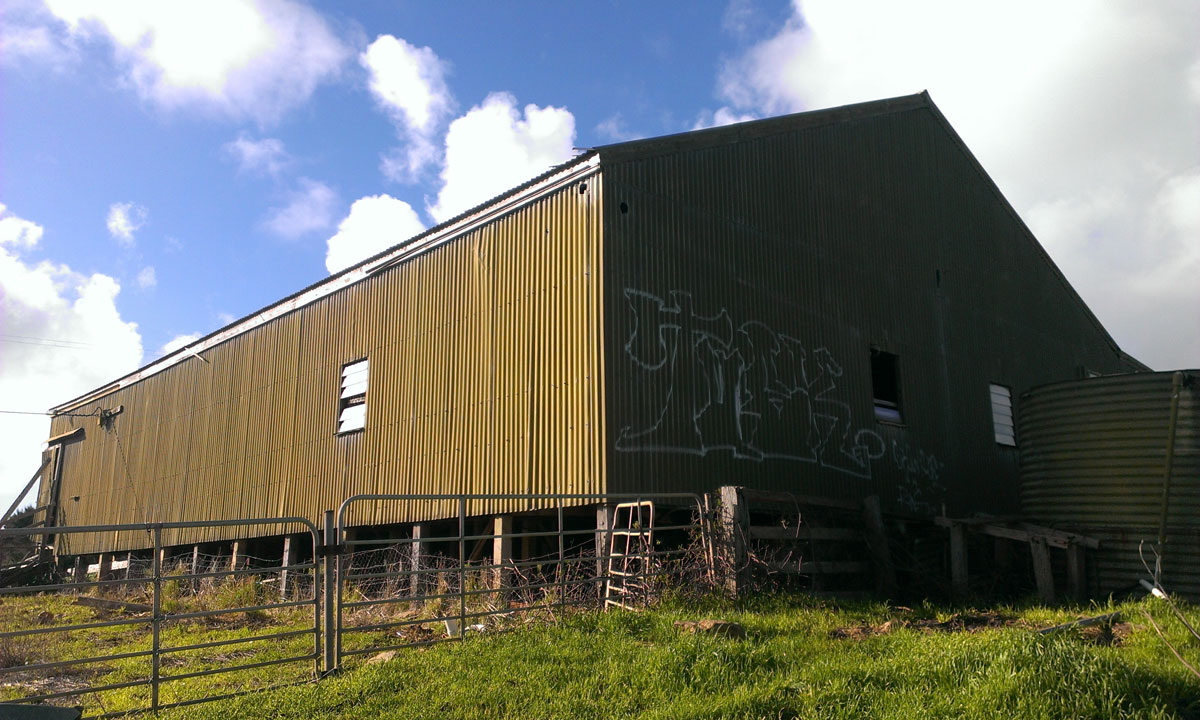 Before: The original shearing shed on Forktree Road.

Forktree Brewing was launched early last year and the conversion of the shearing shed is now well underway, with the new brewery expected to open to the public in October this year.

It will feature a bar pouring Forktree’s Sunrise Ale and Sunset Ale, alongside other SA craft beers and Fleurieu wines, and a food offering managed by local chef Bruce Gordon, who previously ran the Courthouse Cafe in Normanville.

Many materials from the farm, including timber from old gates and fences, are being recycled for the brewery; Ben’s dad has even spent months pulling up all the old shearing shed floorboards, cleaning them up and laying them back down without the gaps.

The exterior has a brand new deck and a shiny new galvanised steel roof and walls.

“Someone commented that it looked like the Carrickalinga Guggenheim because it’s so new from the outside,” Hatcher says, laughing.

“But once you go inside, the A-frames are all exposed and all the panelling and the wood work is from the property, and the bar has been made from some of the gates as well.

“It’s the story we want to tell down there… we wanted to keep the feel of the shearing shed and not lose the character of it.”

Another priority has been to maximise the views, with the design including windows along the south side of the building looking out to the hills where the cattle graze, and a glass frontage and 4.25m-wide by 18m-long deck offering a panorama all the way to the ocean and Cape Jervis.

“I go down there every weekend to help out [with the building] and I can sit there for hours and just look at it.” 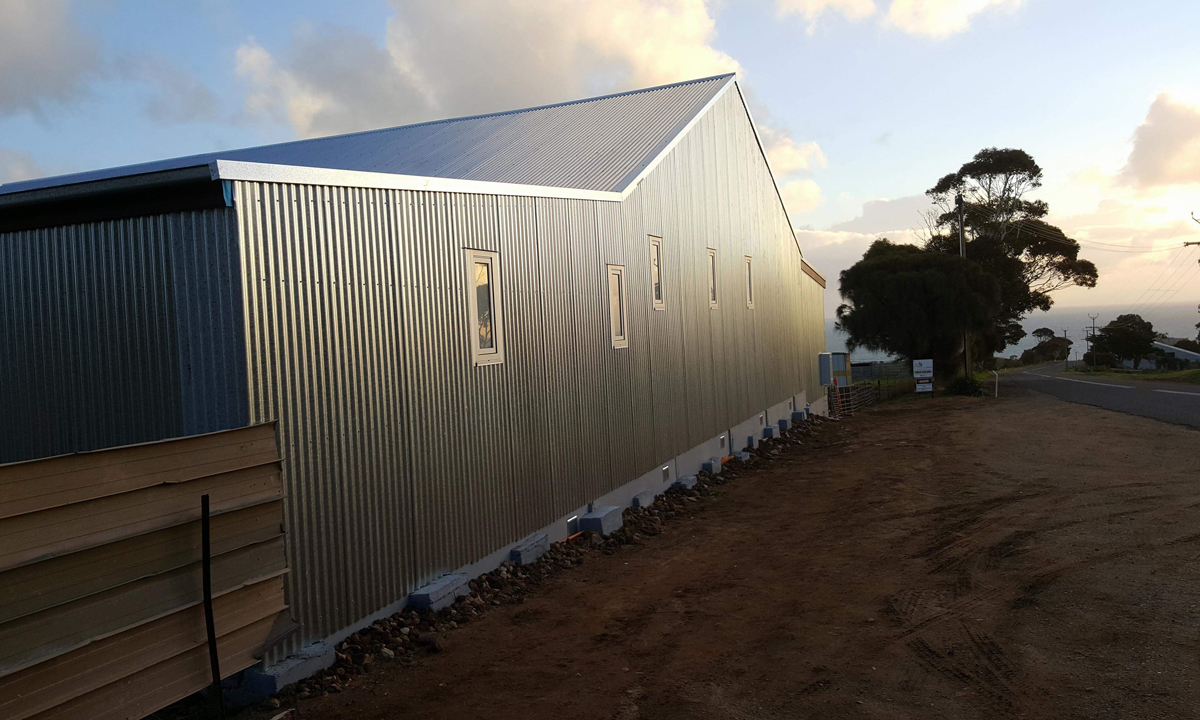 After: The shed’s shiny new exterior.

For Hatcher, the brewery is the realisation of a dream that started around three years ago, when he studied microbrewing at Regency TAFE with Stephen Nelsen, and then crystalised when he spent a couple of days helping Nelsen create some brews at the Woolshed Brewery in Renmark.

Smiling Samoyed is now well established in the craft beer scene, winning the Champion Small Brewery title at the recent Royal Adelaide Beer and Cider Awards. A number of other emerging Fleurieu craft breweries are also making their mark, including Shifty Lizard, which opened a taphouse in Willunga last year, and the recently launched South Coast Brewing Co, also in Willunga. 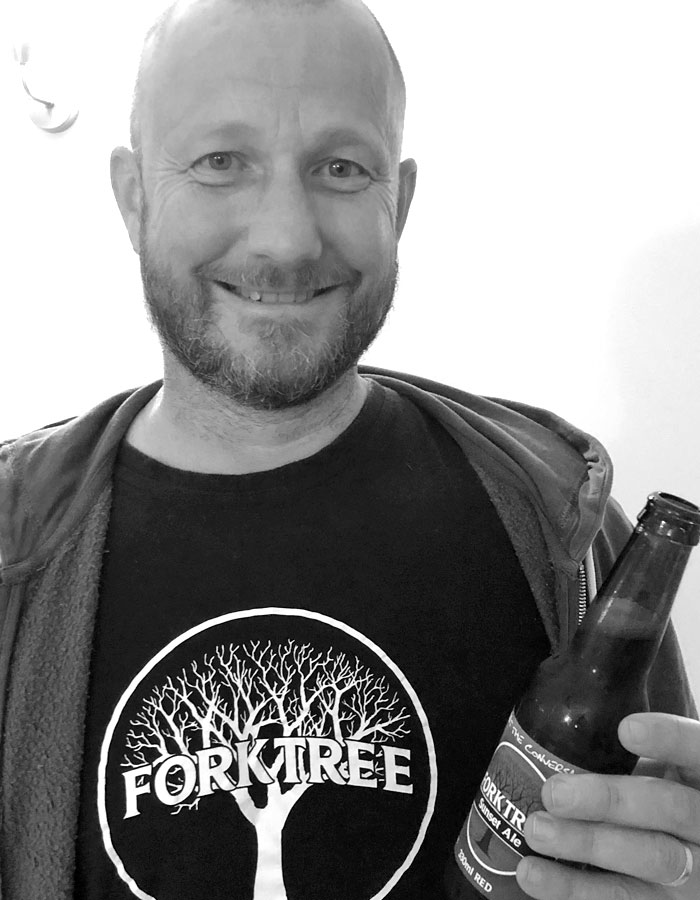 Hatcher says rather than being wary of further competition, other brewers have been supportive of the Forktree project.

“The most attractive thing about it for me is the camaraderie of the scene – it’s pretty close-knit and people are open to giving you advice about what works and what doesn’t.”

Hatcher has used the Forktree site as inspiration for both the style and flavour of the beers he’s producing, describing the Sunrise as “a fairly approachable and drinkable pale ale” with tropical fruit and citrus hop flavours, while the Sunset is a more malty, fuller-bodied red ale.

He anticipates releasing a couple of new beers over the next 12 months, including a lower-alcohol session ale for summer, but in the meantime two of the four taps at the brewery bar will be given over to other SA craft beers.

“To be able to sit out on the deck or in the beer garden and look over the hills and down to the sea and just let go of your worries for a bit and relax – hopefully the beers complement that.”

Until then, you can find Forktree’s beers at the Smiling Samoyed brewery, Goodwood Cellars and several south coast bottle shops. And keep an eye on the Facebook page for updates on the brewery building progress.