As InDaily reported last year, Fleurieu foodie Rojina McDonald Park set out to create the coffee-table book as a way of showcasing the region’s farmers, fishers, producers and chefs, who share their stories alongside their signature recipes.

Featured recipes range from a limoncello-infused ricotta and rice cake (from the Mitolo family of Pizzateca at McLaren Vale) to steamed tofu with Asian greens (from Salopian Inn chef Karena Armstrong).

Now, McDonald Park is seeking to raise $35,000 via a Pozible campaign for the first print run of 2000 books. The campaign is also an opportunity to pre-order the book – The Fleurieu Peninsula: Celebrating the Food and Faces – with pledges over $65 receiving a copy. 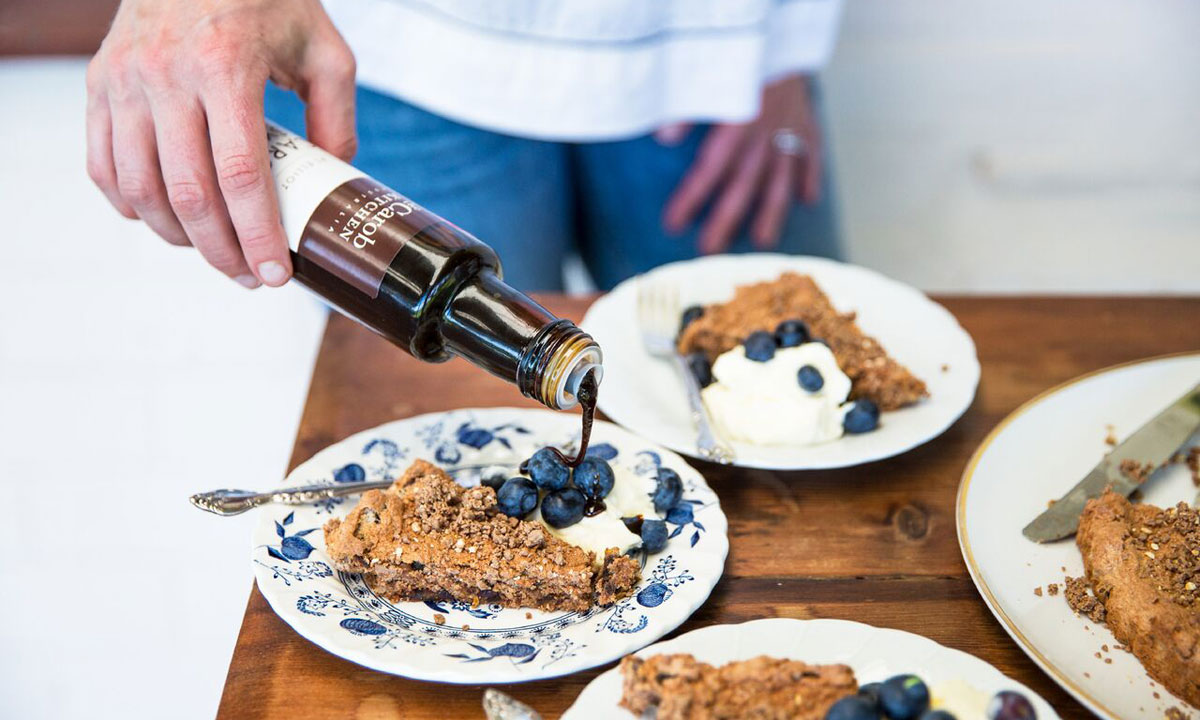 The Carob Kitchen, based at Port Elliot, shares a recipe for a carob torte in the book. Photo: Josie Withers

“I’m really excited to get to this point and to be able to invite people to get behind this project and order a copy,” McDonald Park says.

McDonald Park, who grew up on her family’s olive grove in McLaren Vale and started her own small food business making and selling cupcakes, had the idea for the book while on a patisserie scholarship at Le Cordon Bleu in London in 2013.

She has garnered significant support along the way, including from people such as Maggie Beer and actor Erik Thomson, who lives at Port Willunga and whom she met when she completed the Fleurieu Future Leaders program.

In a video supporting the fundraising campaign, Thomson says “it was about time somebody tried to capture the essence of what makes the Fleurieu Peninsula so unique – the food, the wine, the characters, all the people that live here …”

McDonald Park says she has poured her “heart and soul” into making the project a reality, driven by her determination to put what she describes as a South Australian gem on the foodie map.

“I couldn’t be more proud of the photography, the design and most importantly the recipes and the stories.”

She is aiming to begin distribution of the book in spring through featured businesses, tourist hubs, cafes, restaurants, bookstores and airports.