Opal prospector Conan Fahey has turned to crowdfunding to raise money to design and build an astronomy observatory, education centre and viewing platform in the mining outpost of Andamooka, 600km north of Adelaide.

The tiny outback town is best known for its opals, but now Fahey and his family want to show off the sparkling night sky to visitors.

He has begun a GoFundMe campaign to raise $68,000 to build a star deck and an education centre to help kickstart an eco-tourism industry in the isolated community of 600 people.

“We want to attract more tourists and work with our community to build an amazing tourist attraction with heaps of educational and employment opportunities for our locals,” Fahey says.

The goal is to build a centre where children can discover science through the night skies as well as develop and partner with the Aboriginal bushfood and cottage art industries.

“The Andamooka Observatory will provide tools and infrastructure for Aboriginal rangers and tour guides, and host a local group of astro-holics who love to promote the night skies of the South Australian outback,” Fahey says. 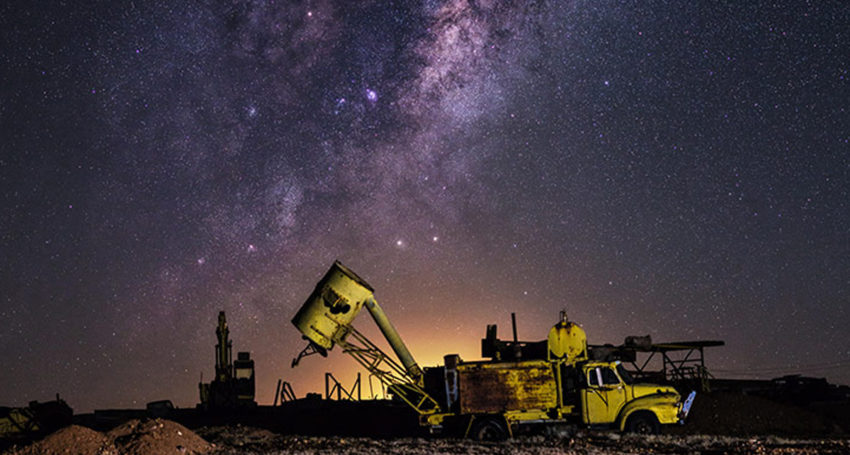 Andamooka was first settled in 1933 when opals where discovered in the area. In the years since, the settlement has attracted a mix of prospectors and adventurous tourists from around the world. While it once boasted a population of 2000 people, fewer than 600 now call it home.

Further south, environmentalists and astronomers are working up a case to have a vast tract of land just 120km from Adelaide declared a Dark Sky Reserve. If successful, the 2000sqkm River Murray Dark Sky Reserve, which has a dark sky reading of 21.9 (22 is total darkness), would become just the second officially sanctioned International Dark Sky Place in Australia and the fifth in the Southern Hemisphere.

In Andamooka, Fahey and his family have hosted telescope nights on the hill beside their property to observe astronomical events.

“One of our ‘moonie’ nights included the use of the town’s portable screen. We were able to hook it up to a telescope and show the super blue moon on the big screen,” Fahey says.