Alongside modern cookbooks penned by celebrity chefs and full of glossy pictures and complex techniques for creating things like culinary foam or deconstructed peas, the community cookbooks of the past look decidedly humble.

More about the what than the who, they are full of tried-and-tested recipes contributed by home cooks, pulled together – often with staples – in low-cost publications by a team of volunteers and sold to raise money for myriad different causes.

What is astounding is that some of them – including South Australia’s Green and Gold Cookery Book, first published in 1924 – are still in print decades later and have achieved sales figures that would be the envy of modern publishing houses. 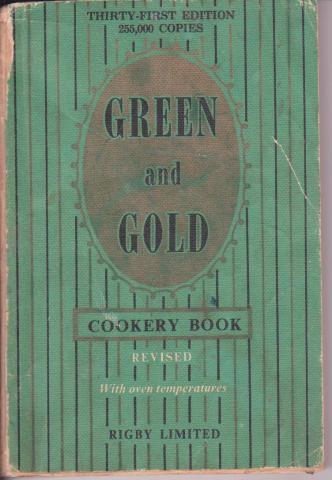 “It’s sold over half a million copies,” Liz Harfull says of the Green and Gold.

“They’re just extraordinary sales figures… and to think that it was done by volunteers in a school.”

Harfull, who has written two books on country show cooking (The Blue Ribbon Cookbook and The Australian Blue Ribbon Cookbook), has long had an interest in community cookbooks. However, her new book, Tried, Tested and True: Treasured recipes and untold stories from Australian community cookbooks, was also inspired by her discovery that few South Australians today know who compiled the Green and Gold Cookery Book.

“My thing as a writer is to try to tell the stories of quiet voices and when I first started thinking about these cookbooks, I spent about a year asking people if they had heard of Annie Sharman, and I think one person in a hundred said yes …

“That staggered me, because she’s the compiler of the Green and Gold, which is a household name in Adelaide and most of South Australia.

“I thought it was really sad that everyone loves the cookbook but nobody knew who she was … that motivated me very strongly through the whole process. I discovered hundreds of Annies when I went looking – lots of similar stories.” 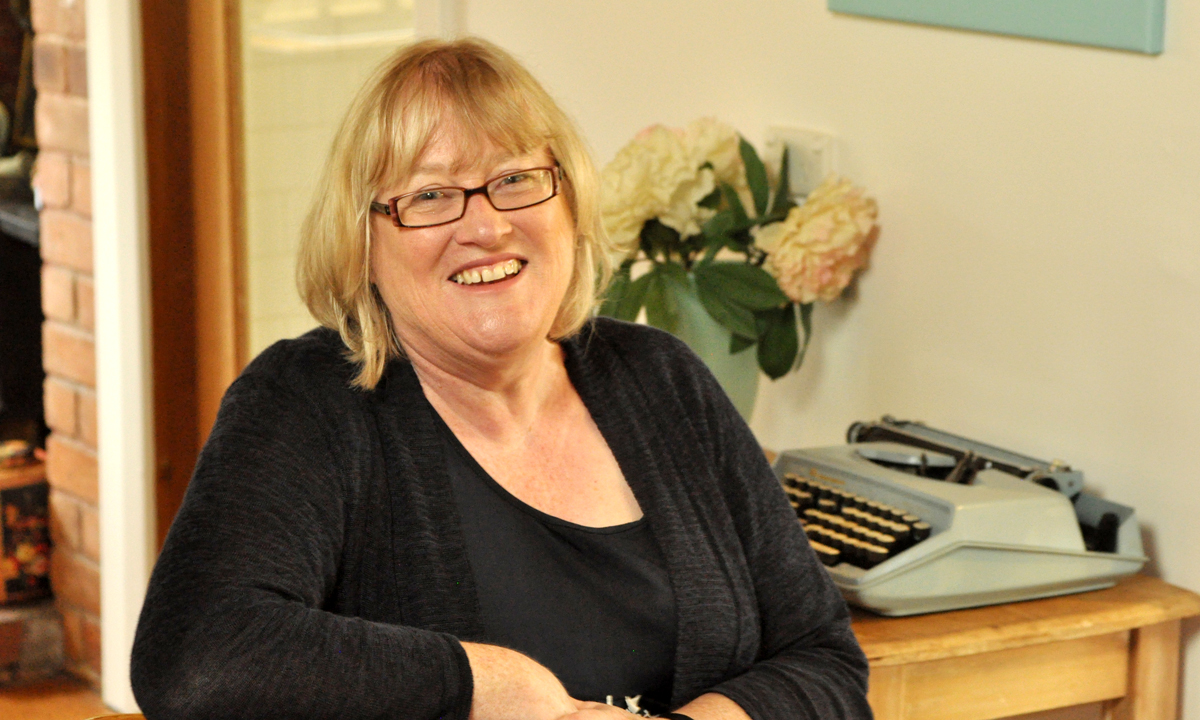 Liz Harfull: “My thing as a writer is to try to tell the stories of quiet voices.”

Harfull travelled all over the country and reviewed more than a thousand community cookbooks to write Tried, Tested and True. She scoured op shops in country towns and spent hours in state library archives as she slowly narrowed down that thousand to the 60 or so featured in the book.

One of the things she looked for was indications that the books were well used. Even those in libraries have often been gifted from private collections and feature ticks and comments next to recipes.

“I was sitting in the state library in Sydney and I found a piece of meringue stuck to a pavlova recipe – the recipe was from the 1960s so I don’t know how long the meringue had been there.

“In my mother’s community cookbooks, her favourite recipes, particularly the cakes and slices, are covered in butter and coconut and cocoa stains.

“So I looked for similar things and that not only gave me a clue that this book was used but also which recipe was used.”

But Harfull wasn’t interested only in the recipes. Her book also includes the stories of the women and organisations behind the publications, alongside wonderful historic photos and illustrations.

She says it sometimes proved difficult to uncover those stories where individuals weren’t credited in the books, or had gone by their husband’s initials or first names rather than their own.

“The biggest mystery, the one that took me the longest to solve, was about a group of women from stations out in central-western Queensland.

“I stayed with two different households on a book tour in Queensland and they both brought out this cookbook called Once a Jolly Jumbuck with this gorgeous 1960s cream and orange cover with a beautiful stylised head of a sheep on it, and they both cooked me tea from it. 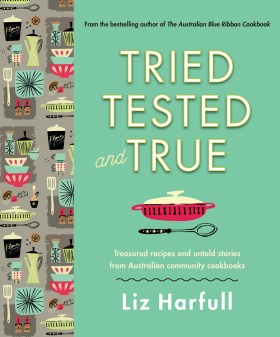 “It was produced by a group called The Wangi Club, but they didn’t know what it was or where it was from.”

After months of inquiries, Harfull learned that the club had been formed by a group of outback women in Queensland to help them combat their isolation and boredom, and to raise money for charitable causes. During a long drought in the late 1960s and early ’70s, they decided to compile a cookbook of recipes – The Jolly Jumbuck – to try to improve the appeal of mutton (Tried, Tested & True features the Wangi recipe for mutton casserole).

Harfull eventually tracked down the last surviving member of The Wangi Club – Judith Henderson, now in her 80s and living in Brisbane.

“She was just a hoot. It was probably one of the most fun interviews I’ve ever had.

“But that took a lot of persistence and detective work, which I loved, to find out more.”

Easier to uncover was the story of Adelaide woman Jean Horan, a driving force behind the fundraising for a new kindergarten in Flinders Park which became known as the Jean Horan Kindergarten. In the early 1960s, Horan helped compile a book of favourite recipes from parents and staff, with her own caramel sauce recipe included in Harfull’s book.

“Jean was a powerhouse of just making stuff happen – she would not take no for an answer,” Harfull says. 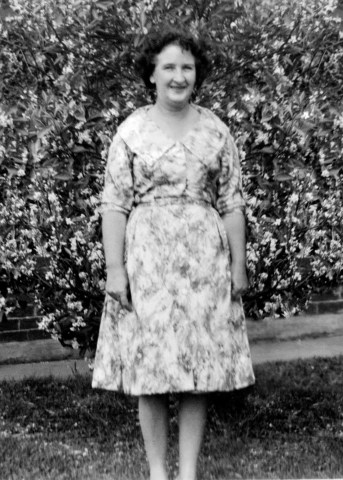 “There’s a great story where she needed to convince the council that the community had enough money to not only build the kindergarten but to maintain it – she went to the SP bookmaker over the back fence and borrowed some money off him, put it into a bank account long enough to take the issue to council, and as soon as they had approved it she paid the money back. She was a very resourceful woman.”

The recipes Harfull chose to include in Tried, Tested and True range from a Scotch broth from the  PMWU [Presbyterian Women’s Missionary Union] Cookbook of Victoria, which was first published in 1904 and is still in print, to a chocolate layer cake from the Green and Gold Cookery Book.

In between are recipes she says she immediately connected with because she grew up with them, as well as others which appealed because she had never heard of them before. The latter include Oatmeal Hermits, a kind of rock cake made with rolled oats and found in a Depression-era cookbook from Melbourne; Skinklada, a Swedish omelette shared by a woman who married a Swedish man and found in a wartime cookbook; and Apple Schmarren, a pancake recipe found in a calendar from Tasmania (see recipe extract here). 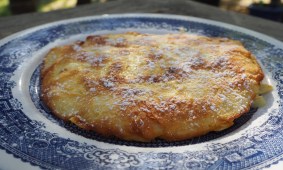 “A lot of the recipes in the book, I think, are going to be completely new to people,” Harfull says.

To assist contemporary cooks, she has revised and updated the original recipes, including converting measurements to metrics, expanding the instructions where necessary, and including modern alternatives to the traditional kitchen equipment. It’s worth remembering that when some of the cookbooks were first published, they didn’t even state oven temperatures because people cooked in wood ovens without thermostats.

As for the longevity of some of the books, especially those still in print, Harfull believes the explanation is as simple as many of the recipes themselves:

“I think it’s down to the three words I’ve used in the title of my book … Tried, tested and true. People know that they’re recipes that work…

“It’s about tasty food that’s easy to make and economical – and those things are still important.”

Tried, Tested and True, by Liz Harfull, is published this month by Allen & Unwin.