The Mitolo tasting room and Bocca Di Luppo restaurant opened last month on McMurtrie Road and will be officially launched with an event this Sunday.

Mitolo Wines was founded in 2000 by Frank Mitolo, with Ben Glaetzer joining him as business partner and winemaker, but while the winery produces around 20,000 cases a year and exports to 24 countries, it hasn’t had a cellar-door presence until now.

“We’ve been toying with the idea for around 12 years and four years ago this property came up and it’s quite a special spot so we just fell in love with it,” Mitolo says.

“Having a cellar door really gives you an opportunity to connect with the customers … we lacked that direct interface before.”

Mitolo originally envisaged using shipping containers to create a kind of pop-up venue. Architect Francesco Bonato, director of tectvs architecture and design firm, took the idea further to create a permanent, sophisticated building that would do justice to its picturesque setting.

The structure incorporates 10 shipping containers and extensive use of glass. It includes a restaurant that can seat up to 80 people and the separate tasting room, which has a tasting bar that can accommodate 18 people, plus a private tasting booth.

“It’s industrial, modern, but still quite sympathetic to its environment,” Mitolo says of the building.

“From inside, you have views in every direction out into the vineyard, the creek and the ranges. We’ve used the containers as a sustainable method but it does give the whole building a different feel.”

There’s an outdoor area – or “arbor” – which can accommodate up to 200 people and also takes in the surrounding views. 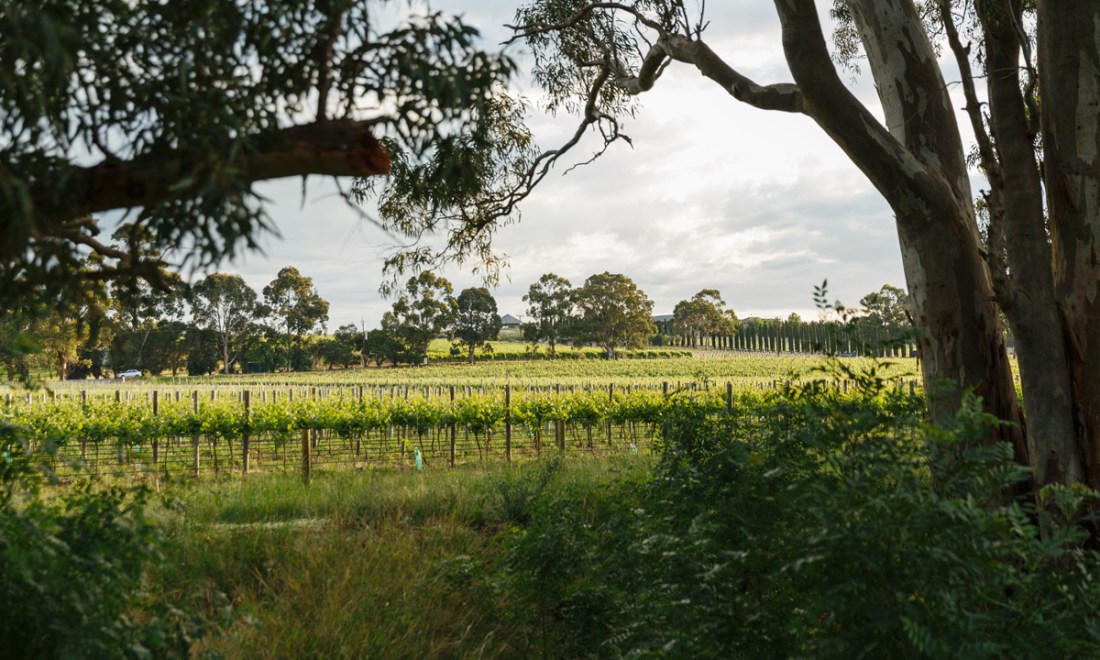 The vines outlook from the new venue. Photo: Jonathan VDK

Glaetzer makes the Mitolo wines in Tanunda in the Barossa Valley from grapes sourced mostly from vineyards in the southern part of McLaren Vale, and the new tasting room offers three structured tasting experiences named after the roads surrounding those vineyards.

Frank Mitolo says the restaurant, Bocca di Lupo, pays homage to his family’s roots: the Mitolos arrived in Australia from Italy in the 1950s and established a successful market gardening business in SA.

“Our family come from Abruzzo, which has large forests that are home to the Italian wolf … bocca di lupo is used in Italian theatre in the same way as ‘break a leg’, to mean good luck, so it has a double meaning for us.

“I wanted to give the restaurant its own personality so it’s not just an adjunct to the tasting room.” 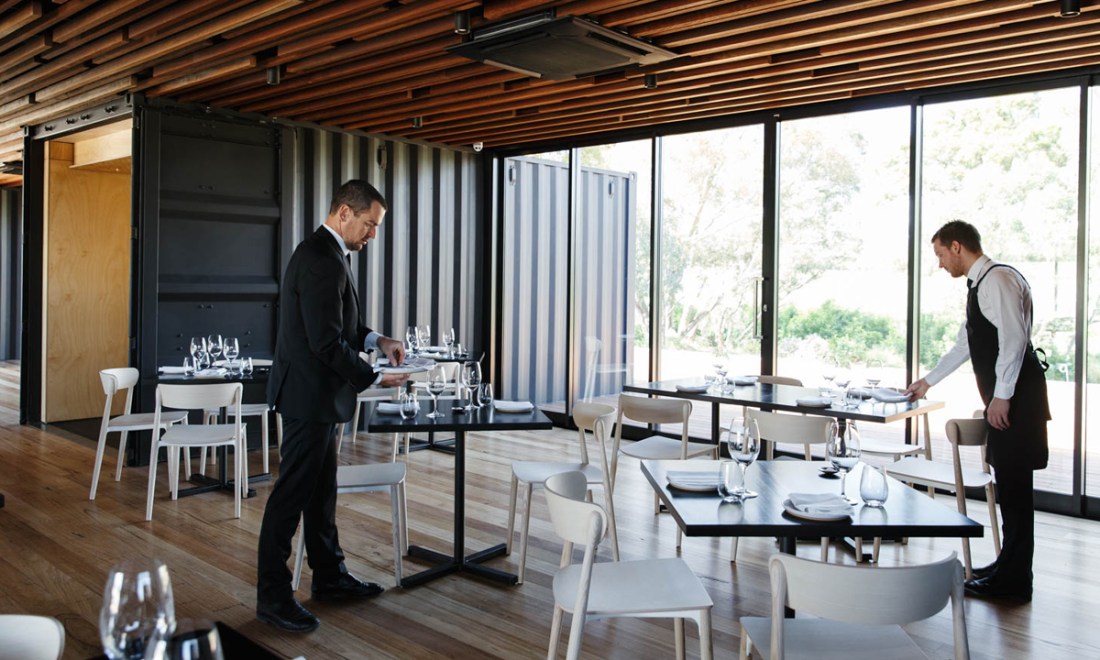 While Bocca di Lupo is a fine-dining restaurant, Mitolo says the food is “approachable”.

The restaurant manager and sommelier is Patrick White, while Tom Jack – who has previously worked at Brisbane’s Restaurant Two and Deer Duck Bistro – is head chef. Jack’s cooking style is described as “modern European with an Italian influence”, with a choice of menus including a la carte, a three-course set menu, and five and eight-course degustation options.

Current dishes include Kingfish crudo with smoked avocado, yuzu and sesame; Charcoal Maltagliati [rough-cut pasta] with asparagus and truffle; Murray Cod with jamon, marron and peas, and, for dessert, a triple-cream brie cheesecake with compressed peas and lemon. 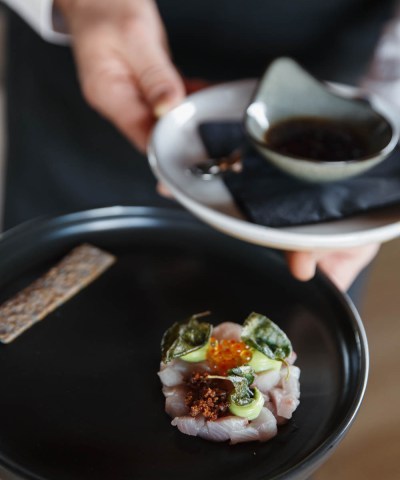 “We have a strong selection of Italian wines to complement ours,” Mitolo says. “We didn’t want to be too one-dimensional with just our wines.”

The first Mitolo Wines release in 2000 – the G.A.M Shiraz – took its name from the initials of Frank’s three children, so it seems fitting that the business remains a family affair: daughter Gemma is now the tasting room supervisor, while sons Alex and Marco work in the business part-time while studying at university.

The Mitolo tasting room is open daily from 10am-5pm. Bocca Di Luppo is open for lunch from 12-3pm Thursday to Monday and for dinner from 6pm on Friday and Saturday.