There are plenty of fancy dinners where rich folk sit around debating the merits of this vintage or that of Domaine Romanee Conti burgundy, or something like that. Ferment the Dinner wasn’t one of them.

This was all about the food, the wine, the people who made them – and the way textures were changed and flavours accelerated by the process of billions of microbes fermenting.

Delicious as it was, it was not all comfort food, nor the same old wine.

And in the way that Tasting Australia has become much more of a thoughtful and thus more fruitful excursion in the realm of food and wine, this, too, had a cerebral component with between-course interviews with chefs and winemakers, in its own way a ferment of knowledge, ideas and new learning.

It started with crusty shards of sourdough from Emma Shearer’s Lost Loaf, although former Orana head chef Shannon Fleming had a hand in the making. With it came cultured buffalo butter from Woodside Cheesewrights and fresh Coriole olive oil.

Karena Armstrong from the Salopian Inn served up a coconut pancake topped with buffalo curd, slivers of fermented radish and baby broad beans, which came with a very contemporary pet-nat rose called Bright Young Pink from The Other Right winemaker Alex Schulkin. (Pétillant-naturel, or pét-nat, refers to wines produced in the méthode ancestrale, an ancient and natural way of making sparkling wines.) 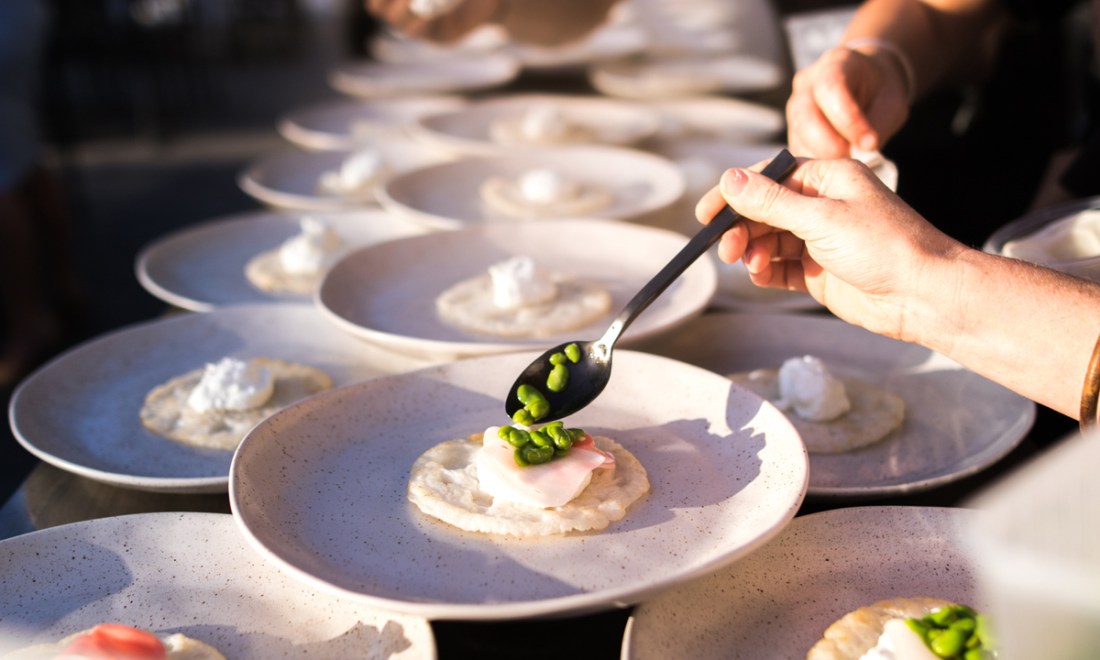 Adam James, from Hobart fermenting business Rough Rice, prepared a simple-looking clear miso broth served dramatically in a deep black bowl, and the deeper you dug, the better it got as you discovered wallaby tail and bull kelp dashi with black bean miso, apricot umeboshi (pickled salt plum) and baby asparagus. That came with Wildman Blanc, from Lucy Margaux winemaker Anton van Klopper, himself a sort of civilised wild man and part of a strong contingent from the heretic winemaker and food scene centred on Basket Range.

So far, every dish had been fresh and light, so for those who thought they needed something more solid there was now whole shoulders of roast baby goat, cooked in whey and served with a smoked kefir (fermented milk) whey and butter sauce. This came from Sydney restaurant Ester chef Mat Lindsay, Gourmet Traveller’s 2018 Chef of the Year. The dish was matched with Hills winemaker Brendan Keys’ BK Wines 2017 Pinot Noir Rose. 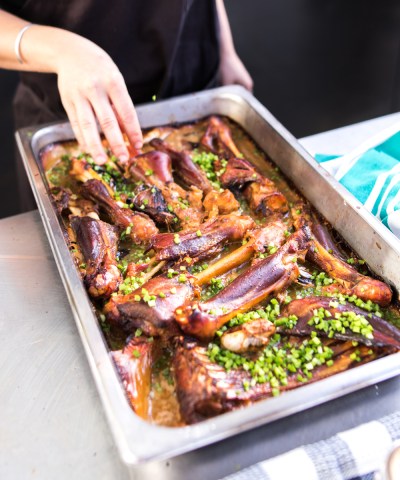 There had to be cheese, of course, and it was a Woodside Cheesewrights’ harvest goat’s milk cheese, aged in fermented grape skins with spiced celery chutney, honey and wattle bark, served with Barossa winemaker Tom Shobbrook’s 2017 Poolside shiraz. 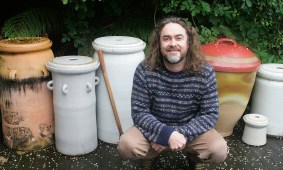 Inventive, thought-provoking, for many a little challenging, but definitely a new landmark in South Australian gastronomy and a tribute especially to Ferment the Festival’s originator, cheesemaker Kris Lloyd, who described the dinner as an “epic journey of watching, tasting and learning.” 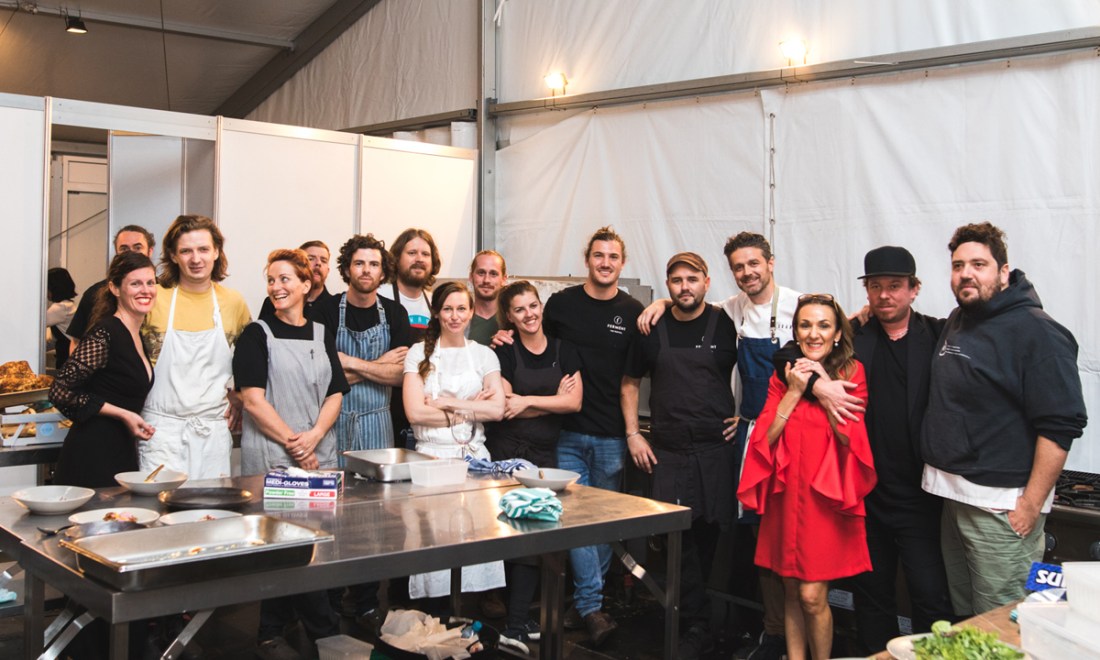 Kris Lloyd (in red) with Ferment the Dinner chefs at the end of the event. Photo: Duy Dash

Ferment the Festival is open from 4-10pm today, from 12-8pm Saturday and 11am to 5pm on Sunday. For details go to fermentthefestival.com.au. Read InDaily’s interview with guest chef and fermenting enthusiast Adam James here.