Pirate Life is fast outgrowing its inner-city Adelaide base in Hindmarsh where it was started in 2014 by West Australian father and son team Michael and Jack Cameron and Jack’s best mate Jared “Red” Proudfoot.

CEO Michael Cameron said at the Australian Craft Beer Conference in Adelaide last week that the new brewery would likely include a 200-250-seat hospitality venue – an aspect of the business lacking at its jam-packed Hindmarsh brewery.

He said a site in Port Adelaide had been chosen but could not yet be revealed as lease negotiations were still being finalised.

“We’d like to have it operational by this time next year,” Cameron said.

“There’s a lot of good things happening down at Port Adelaide; there’s a lot of new restaurants and a few pubs being redeveloped, so if we can get the brewery down there and have a front-of-house offering then we can add to the development of Port Adelaide.”

Pirate Life’s hoppy West Coast-style beers in a can have proven a hit, with production reaching 2.3 million litres in 2016/17. It is expected to hit 3 million litres this financial year.

Released in 500ml cans nationally in June, Pirate Life’s Mosaic IPA has quickly become a regular in the stable and took out the hotly contested IPA category at last week’s Australian Craft Beer Awards presented at the Adelaide Oval.

The success follows on from a strong showing in 2016 by Pirate Life when it was awarded Champion Australian Large Brewery and Champion Pale Ale.

The brewery last week launched Pirate Dog Red IPA – a collaboration with Kiwi brewery Parrot Dog Brewing. It is also looking to release a pilsner in a can before summer. 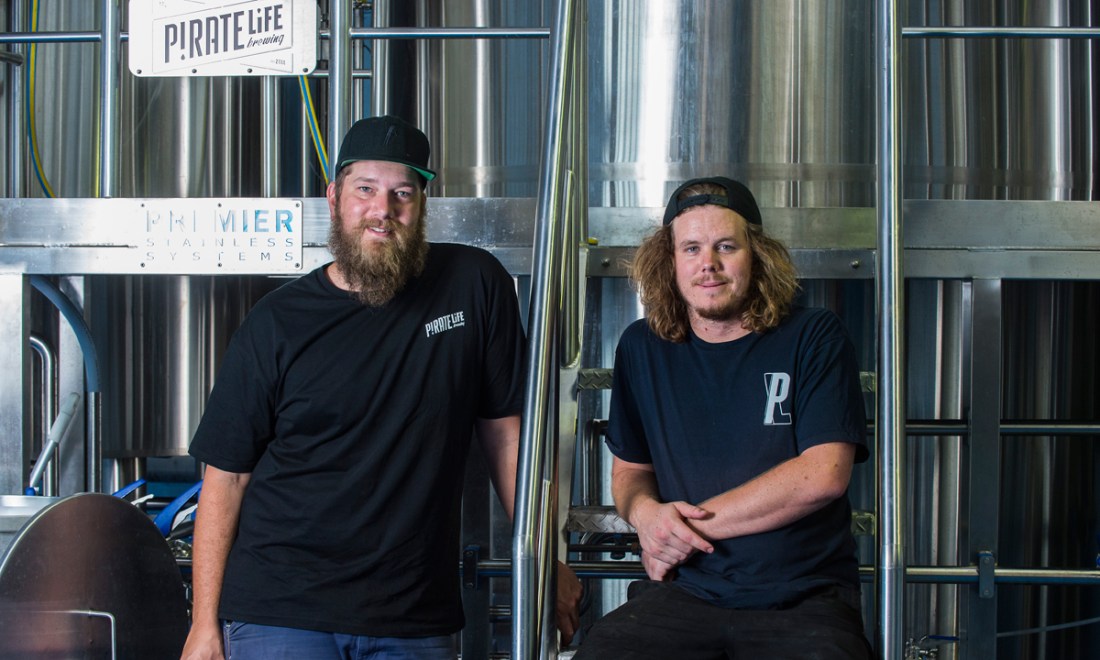 “Two and a half years ago we started with Jack, Red and myself and we’ve now got 41 staff on the books and we are planning on building the new brewery in Port Adelaide, so there’s a lot going on,” Michael Cameron said.

“Moving to Adelaide has proven to be an absolute rock-star decision not only from a distribution point of view but it is a city that thrives on quality – its wine and food industries, its location and its beauty.”

Cameron said the brewery’s market share had grown steadily over the past two years and Pirate Life aimed to grow again from its current 6 per cent to capture an 8 per cent slice of the national craft beer market by the end of next year.

“We are positioning ourselves as a premium craft beer brand – as do three or four other producers around Australia – and I think there’s a real good opportunity there at the premium level as there is with the premium wine and spirits industries,” he said.

“We’re still growing – we’ve got new tanks coming in the week after next, which will give us a 40 per cent capacity on that and it will allow us to open up some more markets within Australia and focus a bit more on export.

“We’re currently in New Zealand, Hong Kong, Singapore and the UK, and we look forward to launching in Sweden and Norway before Christmas and Taiwan and Vietnam about the same time.”

Craft beer has played a role in the revival of several major port precincts around Australia in recent years, including Fremantle, Darling Harbour and Geelong.

“It’s going to get to the point where people are going to want to get down there to enjoy Port Adelaide,” he said

“It’s not just about craft beer – it’s about food and wine and all the quality things South Australia has to offer like art, music and architecture. Beer just becomes a part of that overall picture that makes Port Adelaide a great place to visit. 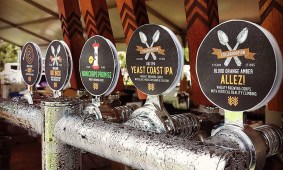 “The Government here are doing a lot of work to try and develop Port Adelaide and I think if we get the brewery up and running with a tourism facility then it will add to that.”

Andrew Spence is a journalist at The Lead.